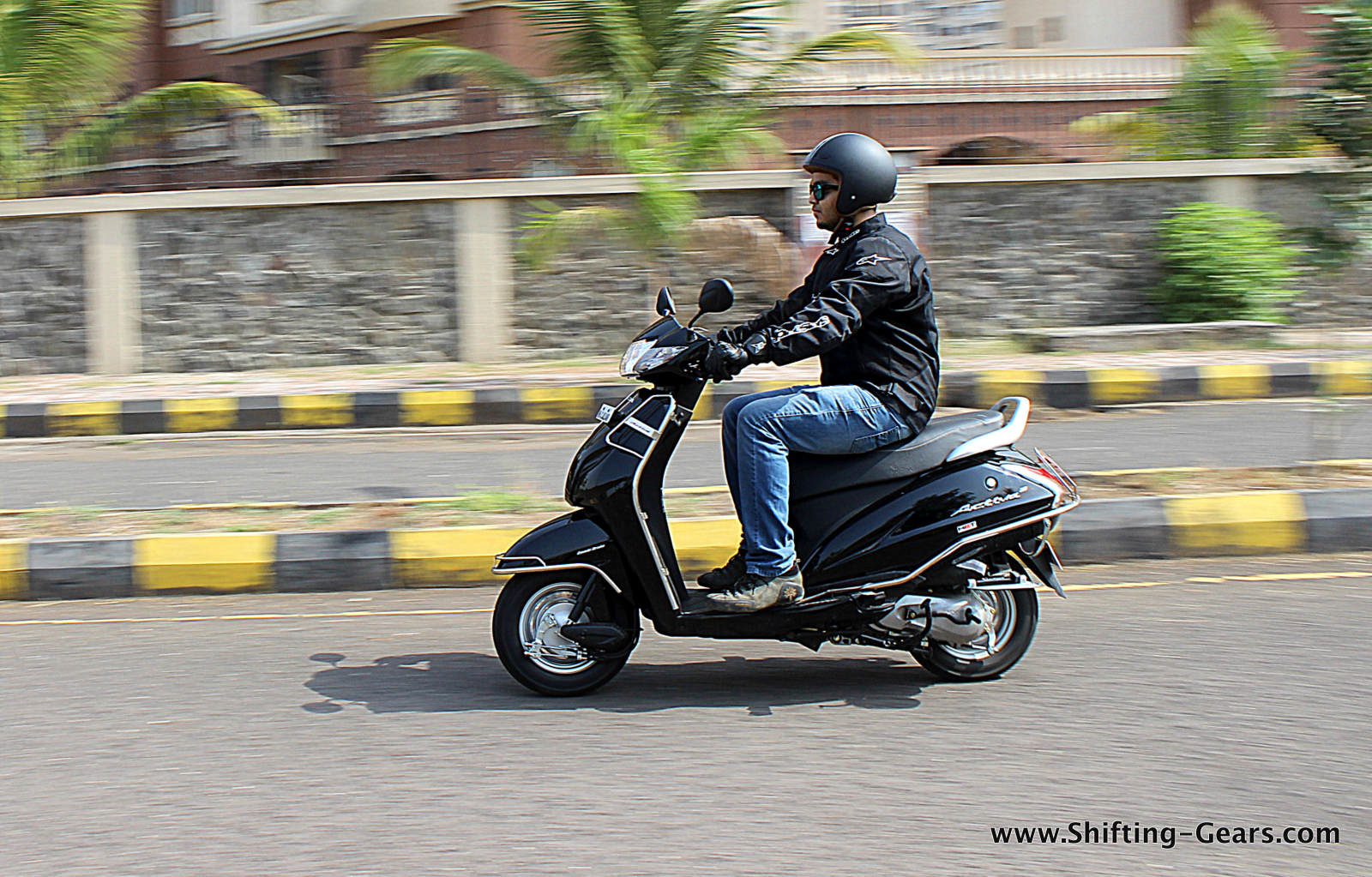 Launched way back in 2000, the Honda Activa continues to be a very popular product in the segment. What the TVS Scooty was once upon a time, synonymous of a scooter, it is now the Honda Activa. Even after 15 years of existence in the Indian two-wheeler market, the Activa manages to sell in big numbers. By big, we mean segment-best sales figures. Month-on-month, Honda dispatches around 1,50,000 units of the Activa which clearly indicates how much the product is in demand, even though it has nothing exceptional to offer. In 2009, the Activa got a new model and what we see now, dubbed as the Activa 3G is the third-generation model. 3G stands for 3rd generation. Honda is now simply milking the product with no major upgrades to the new model. Apart from some unnoticeable changes to the end user, the Activa retails at similar or probably more prices compared to what it was first launched at. Competition is introducing some interesting features such as external fuel filler cap, seat height adjustment, etc., but Honda wants to continue selling the old wine in a not so new bottle. So by 2015 standards, does the Activa hold up against the ever increasing scooter competition? Let’s find out…

Styling:
So, with the 2015 Activa 3G, what has changed in the styling department? Well, almost nothing. Honda very flauntingly likes to call it the 3rd generation model, but the Activa has now started to show its age. Agreed that it sells well based on the badge value, but it realistically now very ordinary looking. Add to that the over-popularity on the streets, there’s nothing that stands out on the Activa 3G which can help you distinguish it from an older model on the streets. 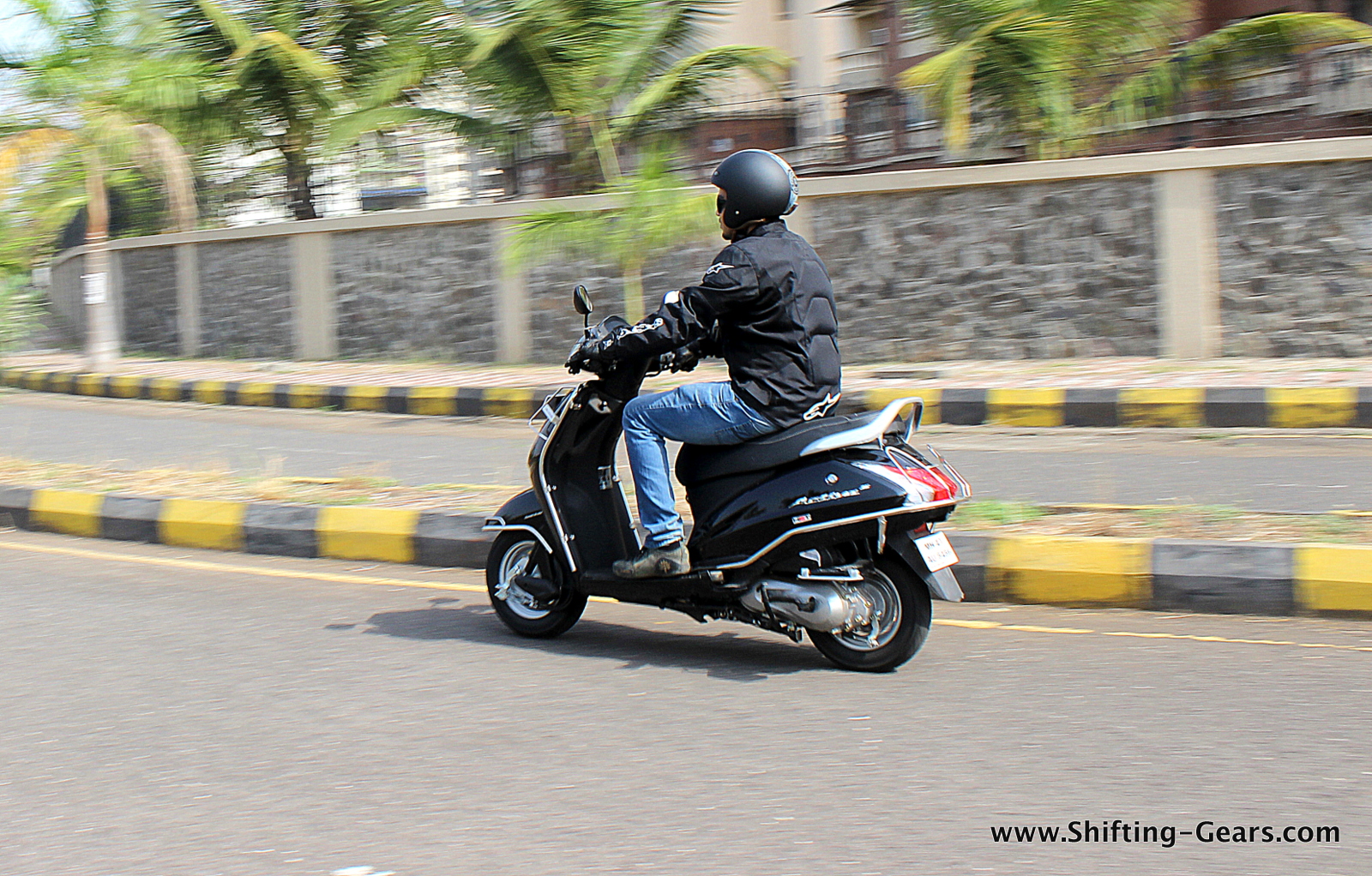 At the front, nothing has changed at all. The Activa 3G simply copy-pastes the front apron from the older model without even an inch of a change. It continues with the same pseudo-aero ducts on the apron, seen in black plastic. Handlebar is again identical and gets a clear lens headlamp with turn indicators on either side. Rear view mirrors mounted on top also carry the same design.

Come to the side, and Honda has made the most effort by slightly redesigning the side panel. Really? Calling it 3G with just one or two changes? Never mind. The side panel now features a upswept crease like with ducts to allow air on the engine. On the older model, these ducts were more prominent, and larger. Side panel also gets a 3G sticker slapped in all glory, which poses as all show & no go. Exhaust pipe & seat also remains unchanged.

At the back, the tail lamp is slightly revised with the red lens cover now a bit larger than before. It hosts clear lens turn indicators on either side. Apart from this, everything remains identical. A chunky pillion grab rail is seen in silver. Below, the number plate housing on the rear mudguard also remains unchanged. 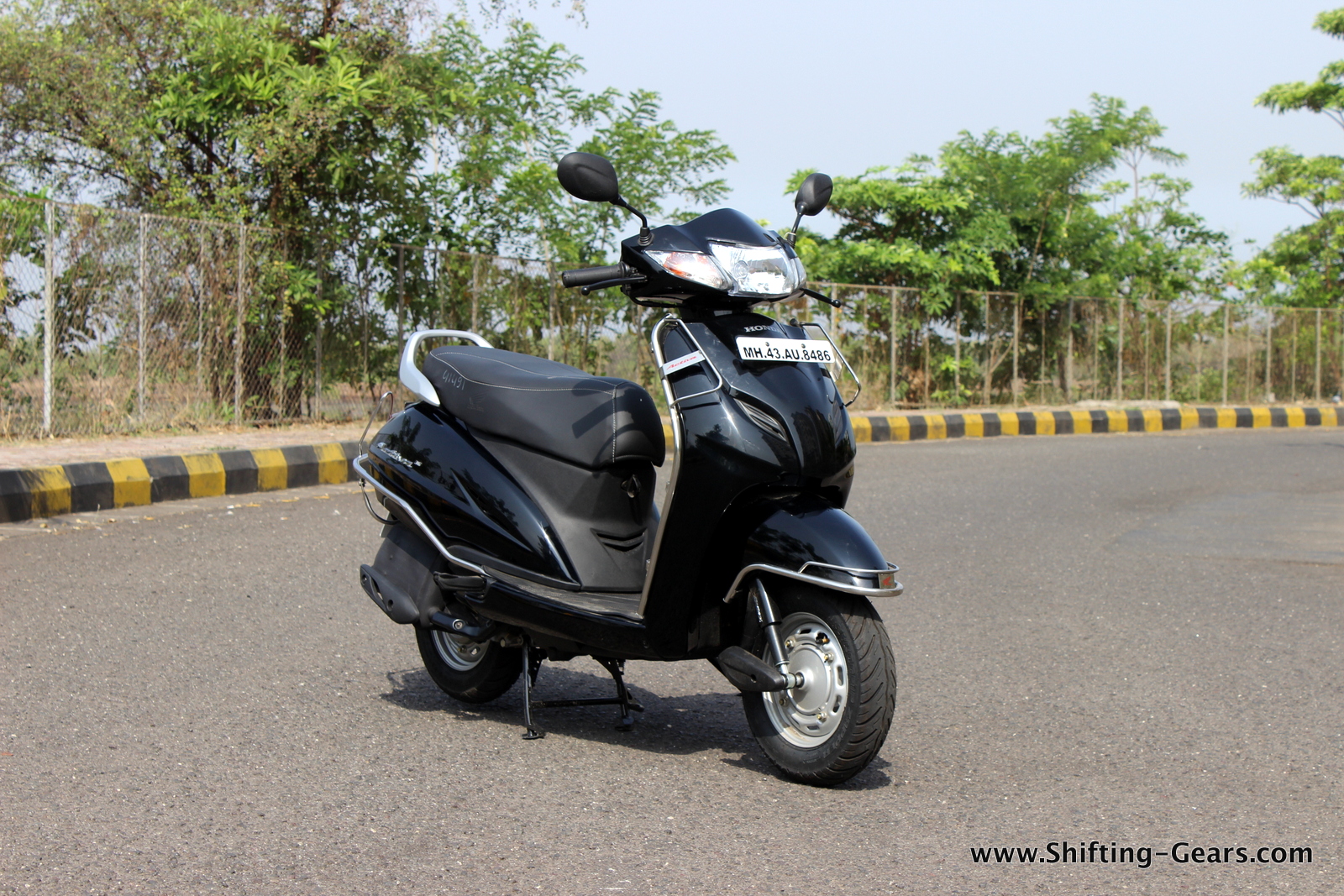 So calling it all-new, and 3G (3rd generation) is just a marketing gimmick. There’s nothing really visibly new to the Honda Activa 3G. It looks dated now, and we wish Honda had not made such a half hearted attempt. To help differentiate the new model, Honda offers two new body colours – Trance Metallic Blue & Metallic Red.

Instrumentation & ergonomics:
With no major changes elsewhere, it is criminal to expect Honda to put some extra effort here. The black plastic panel around the instrument cluster has been slightly redesigned, not worthy enough to make note though. Instrument cluster gets a similar diamond-like section, however, the inside part has changed. The ring around the speedometer markings are now different and even the turn indicator lights are seen enclosed in a separate way. Fuel gauge also gets a slightly new background design. Nothing to harp about the switchgear either. It’s the same old, and the quality of plastics used is decent. Built quality and fit & finish along with touch & feel was acceptable by segment standards. 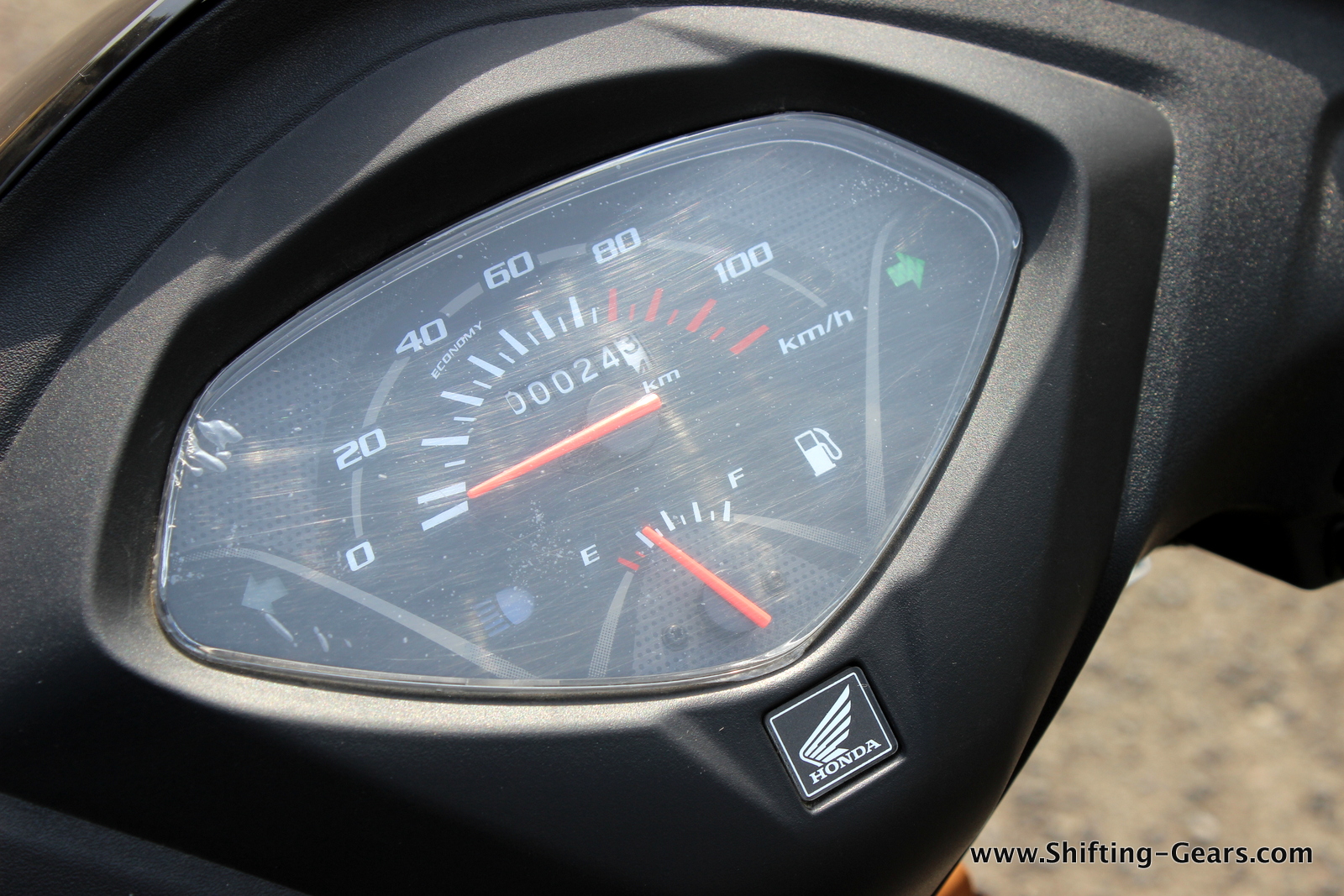 Hop-on, and the ergonomics remain the same. While everything is spot-on, it’s good that there’s no change in this department. Rider sits upright and has ample seat room. Both the taller & shorter riders will be happy on the Activa 3G. Seat base is also acceptable and will keep those on the heavier side satisfied as well. For the pillion, there is ample room and the rear grab rail comes in handy.

Engine, performance & handling:
Matched to the same 110cc HET engine, the Honda Activa 3G has nothing more apart from the name which stands out as something new. Powering the scooter is a 110cc, single-cylinder, air-cooled, 4-stroke, petrol motor producing 8 BHP of power and 8.83 Nm of torque matched to a CVT gearbox. Honda has made no changes in the engine department apart from making it a bit smoother than the older model. 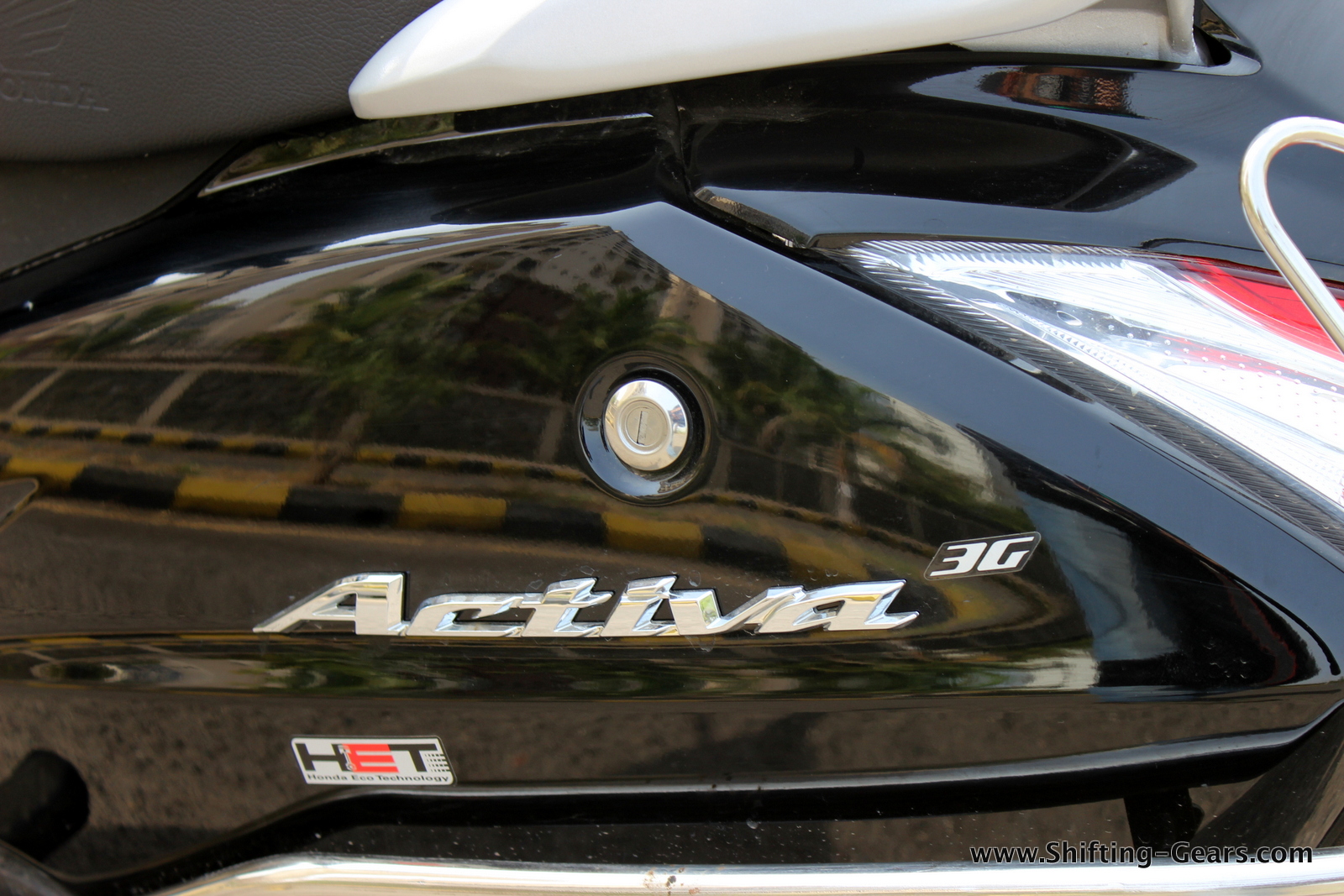 Honda claims the Activa 3G can deliver up to 60 kmpl, thanks to HET (Honda Eco Technology).

Fire up the engine and the Activa 3G now idles is a much refined manner. Vibrations are well contained and the scooter does feel a notch up in the NVH department.

Riding within the city & on the highway, the throttle response is acceptable by segment standard. We wish Honda seriously considers adding fuel-injection into scooters as Piaggio is also planning to bring it down on their Vespa’s. Acceleration is good and even with two up, the Activa 3G moves out of a traffic light quickly.

The Activa has proven its mettle in the dynamics department for over a decade, and continues to do so with the new model. What beats out understanding is the missing telescopic front suspension. The 3G continues with the same spring loaded hydraulic type at the front and back. While this does a decent job of keep the scooter on track, ride quality is not the best-in-class anymore. Competition now offers a telescopic setup which feels more balanced while riding. 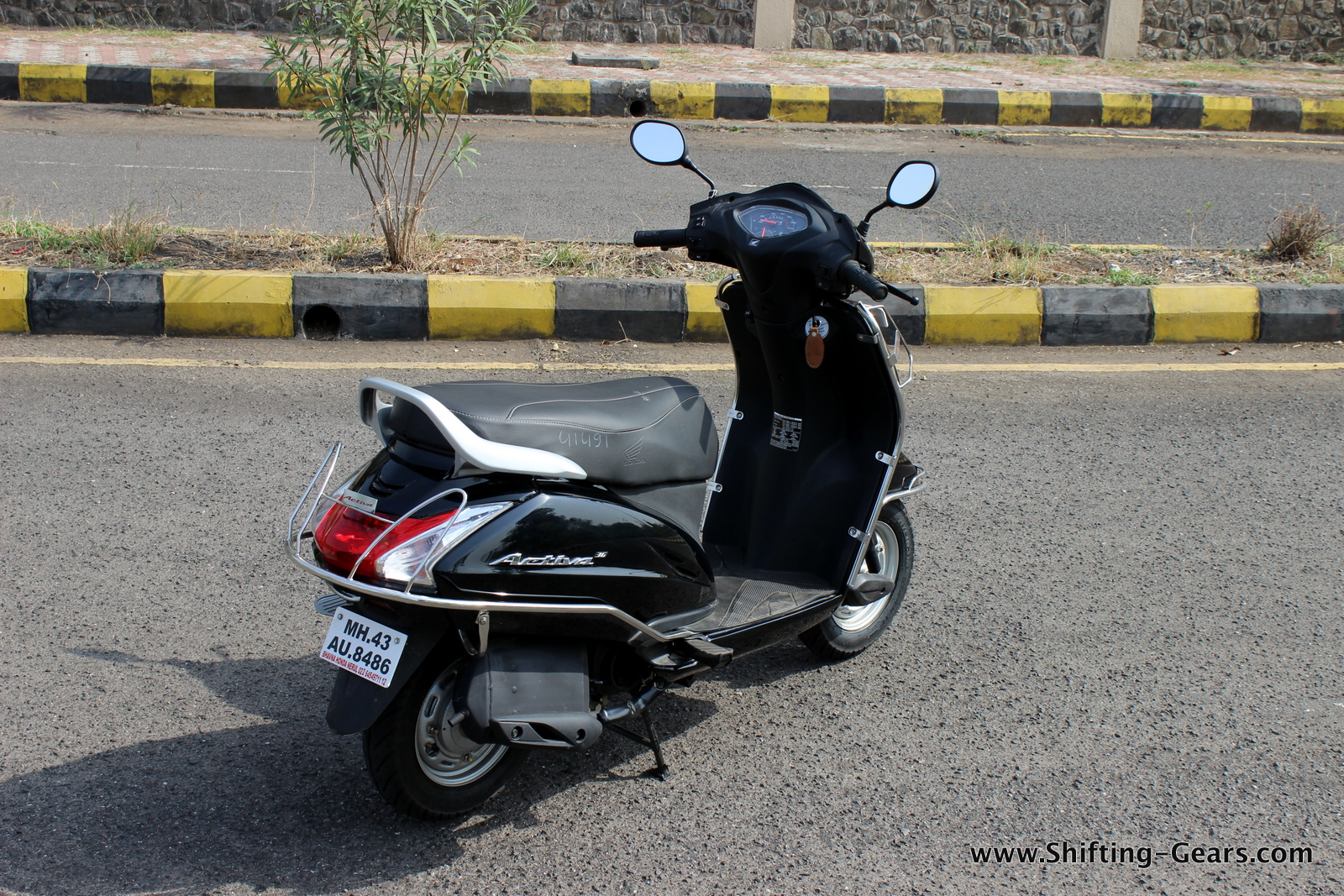 Shod with MRF Nylongrip Zappers, tyre performance is as good as it could get on a two-wheeler on Indian streets. They offer adequate grip and even in corners, the scooter holds on well to the tarmac. The Activa 3G only gets drum brakes, but you do have an option of combi-brakes for extra safety.

So is the Activa 3G any good? Well, if you’re not willing to experiment too much, then yes. But compared to competition, does it still offer everything best-in-class? No, it does not. Service support for the Honda Activa has been a major complaint issue by owners with workshops overflowing with Activa’s and scooters not being attended well due to the rush. But will the scooter age well? Yes. Will you get a decent resale? Yes. If you account everything, the Honda Activa 3G still justifies a purchase decision without offering too much by today’s standard. 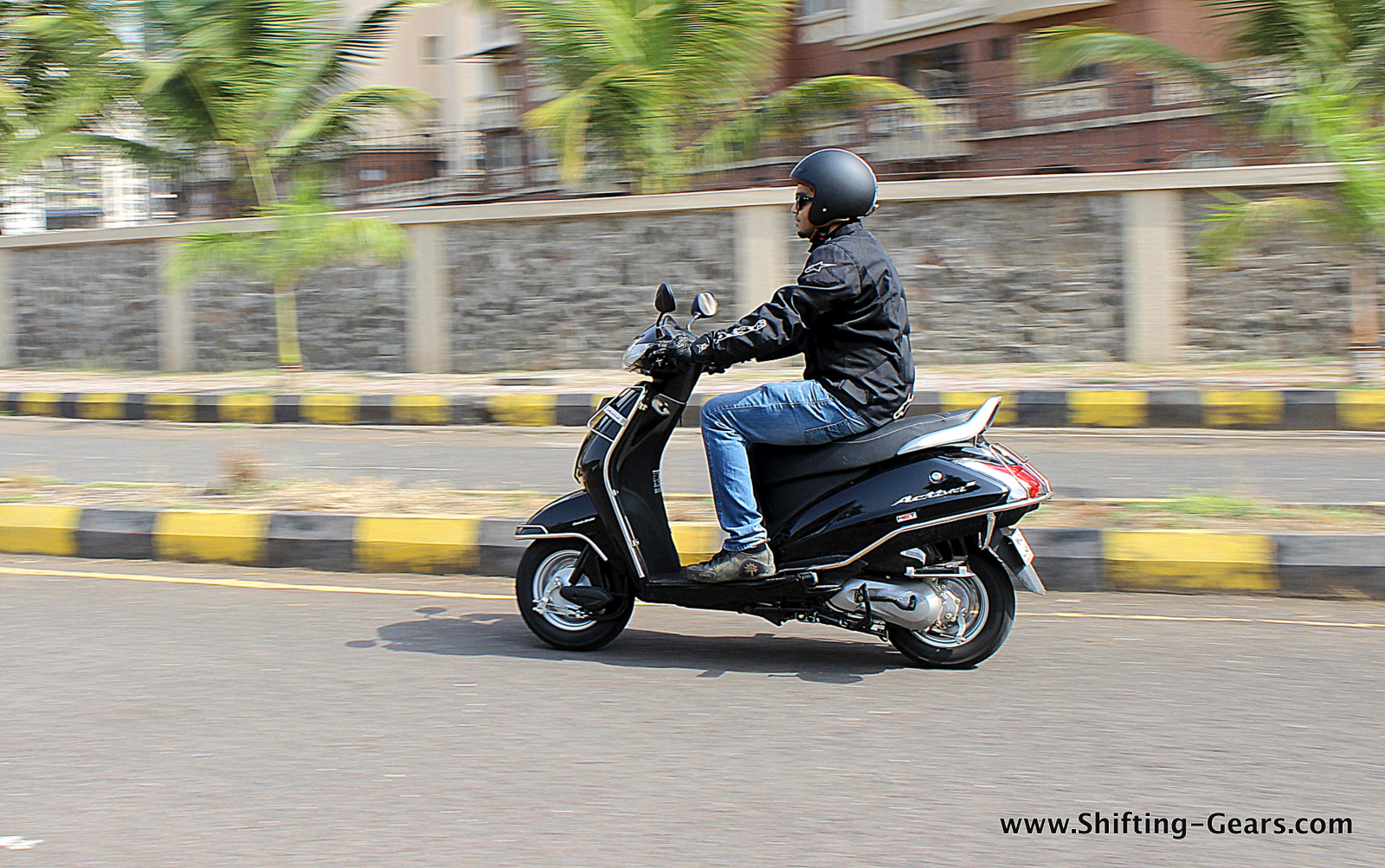 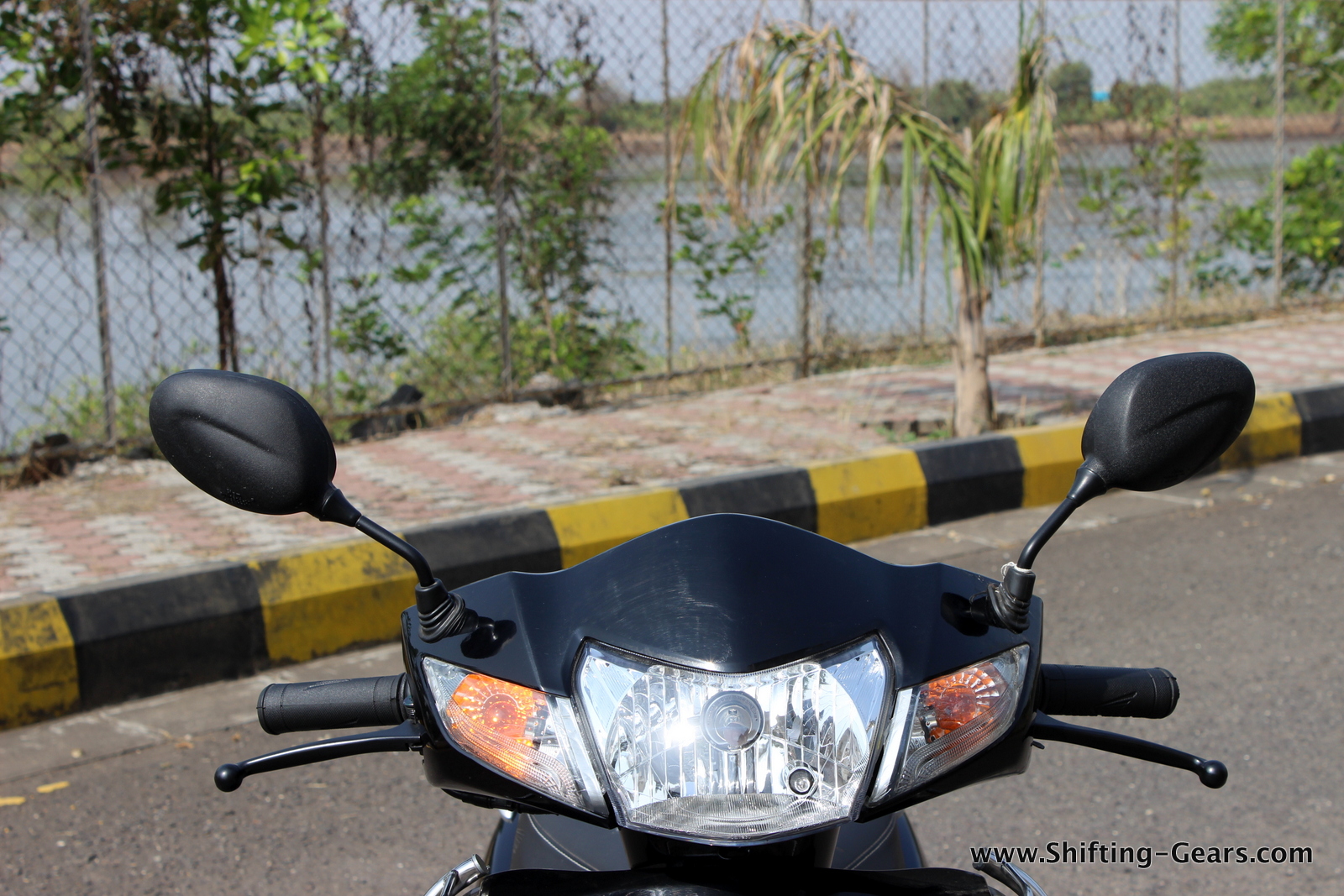 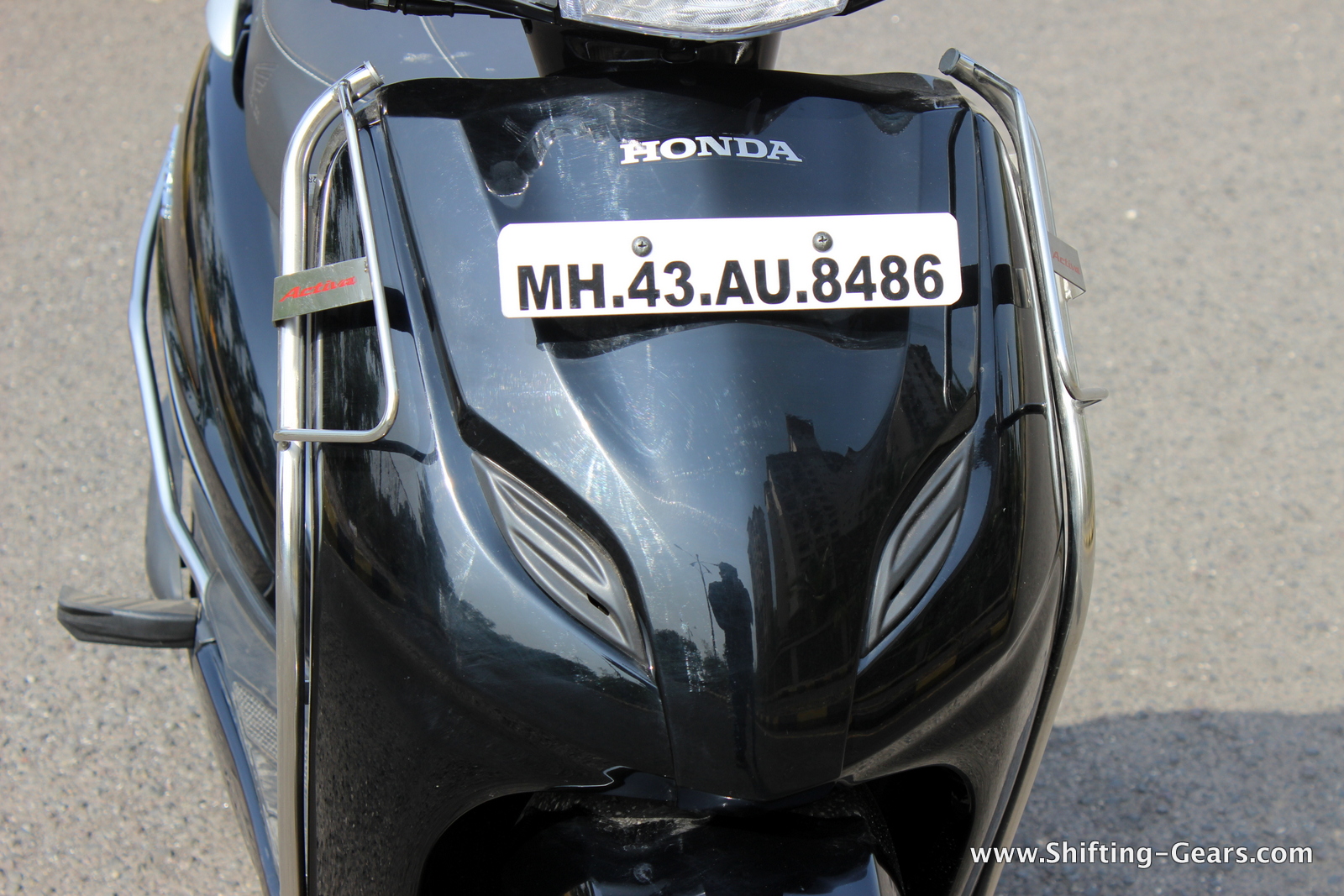 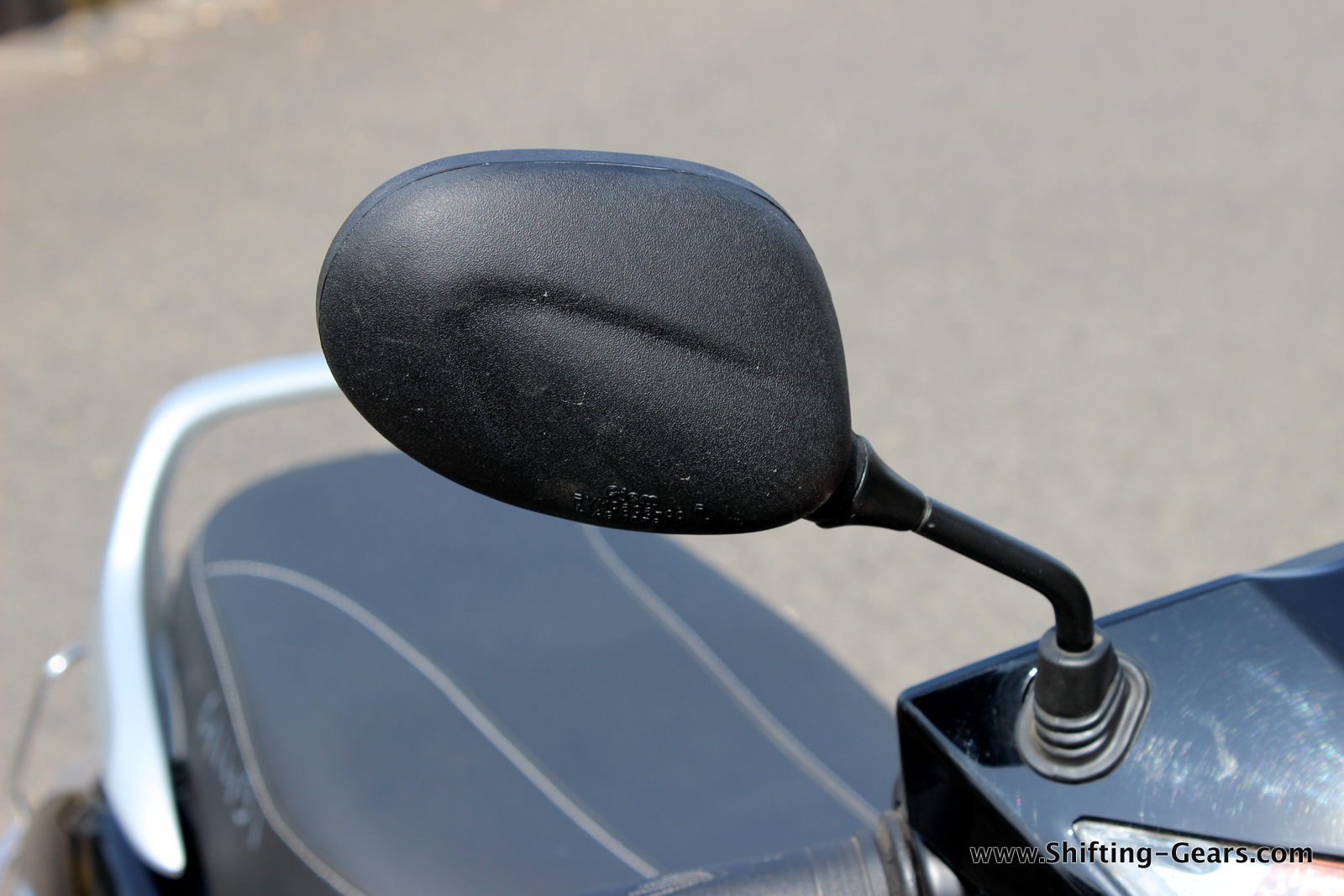 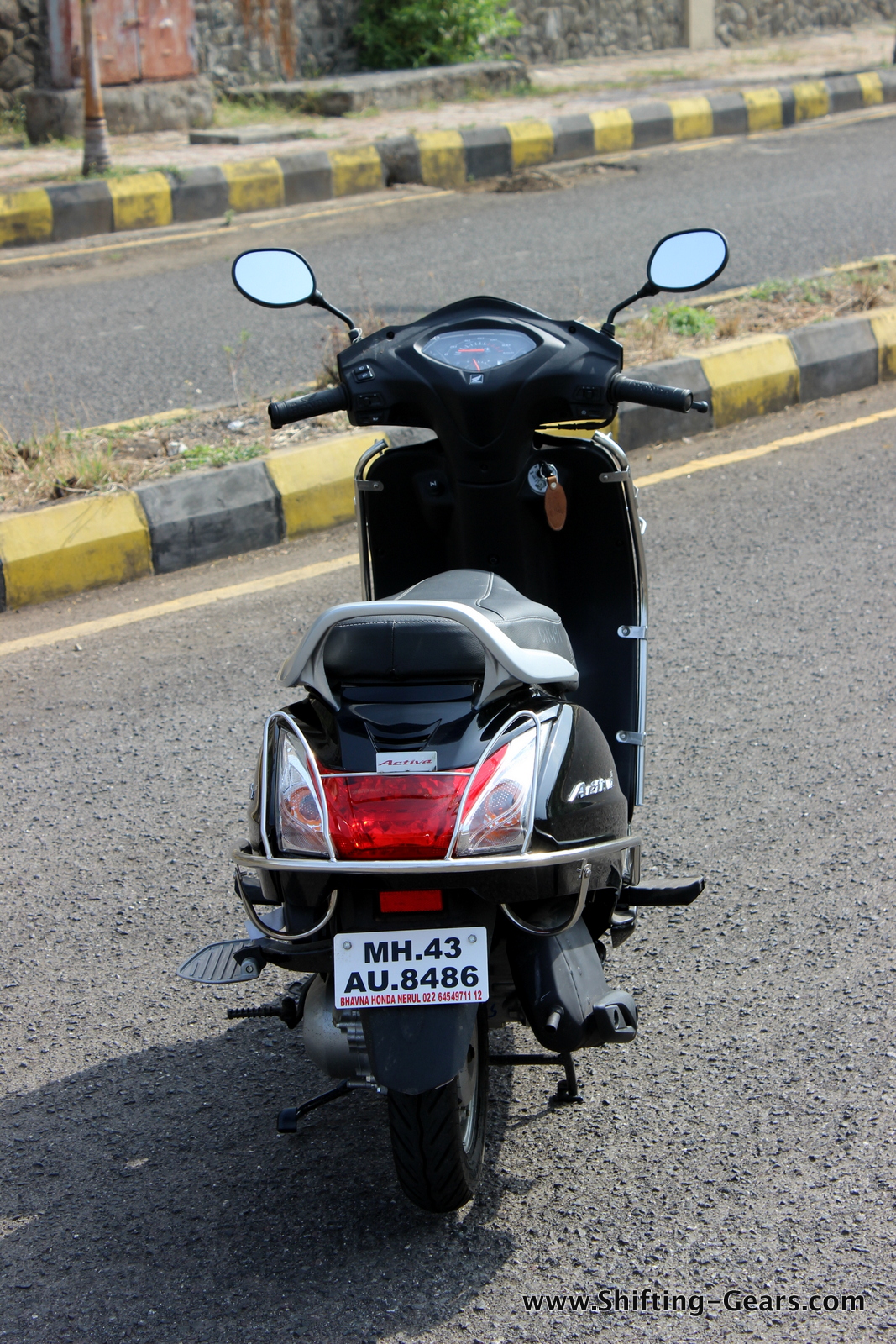