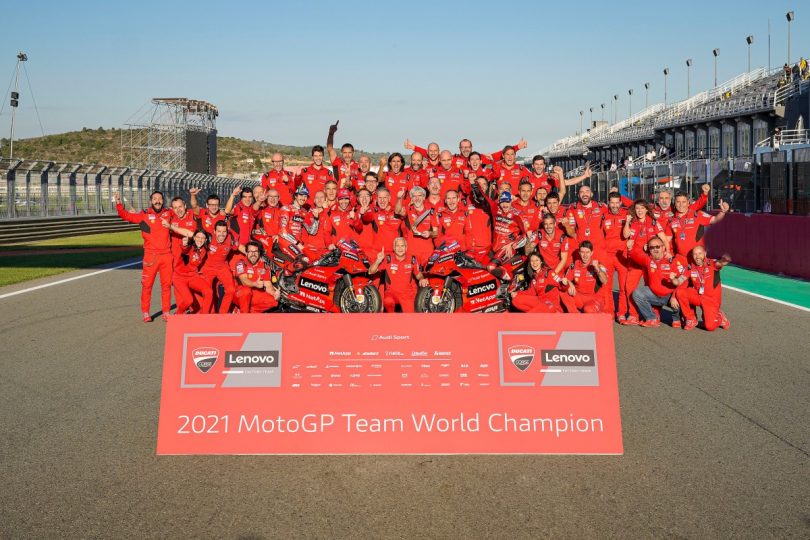 Racing for the Ducati Lenovo Team, Francesco Bagnaia rode an excellent race by achieving his 4th win of the season. As last week’s Portimao winner, Bagnaia drove off the line and kept 2nd place behind pole-sitter Jorge Martin. In the final 12 laps, Bagnaia made his move on Martin to secure victory upon passing the chequered flag. Bagnaia’s teammate, Jack Miller, started 3rd on the grid and fell down the order to 6th in the early stages.

The Australian rider then managed to find his rhythm as he clawed his way back into the podium fight. In the final nine laps, Miller managed to get quite close to Martin but could not move. Eventually securing 3rd place, Jack Miller confirmed his 4th place finish in the 2021 Rider’s Championship standings. The Ducati Lenovo Team achieved the 2021 MotoGP Teams’ World Title as both riders stood on the podium.

This is the 2nd time the team has managed to secure the illustrious title since their first in 2007. As the 2021 MotoGP season comes to a close, Ducati Lenovo Team’s riders will only receive a few days off. This is because they will return on November 18th and 19th to race on Circuit de Jerez, Spain. The team will begin their winter testing at the location to prepare for the upcoming 2022 MotoGP season. 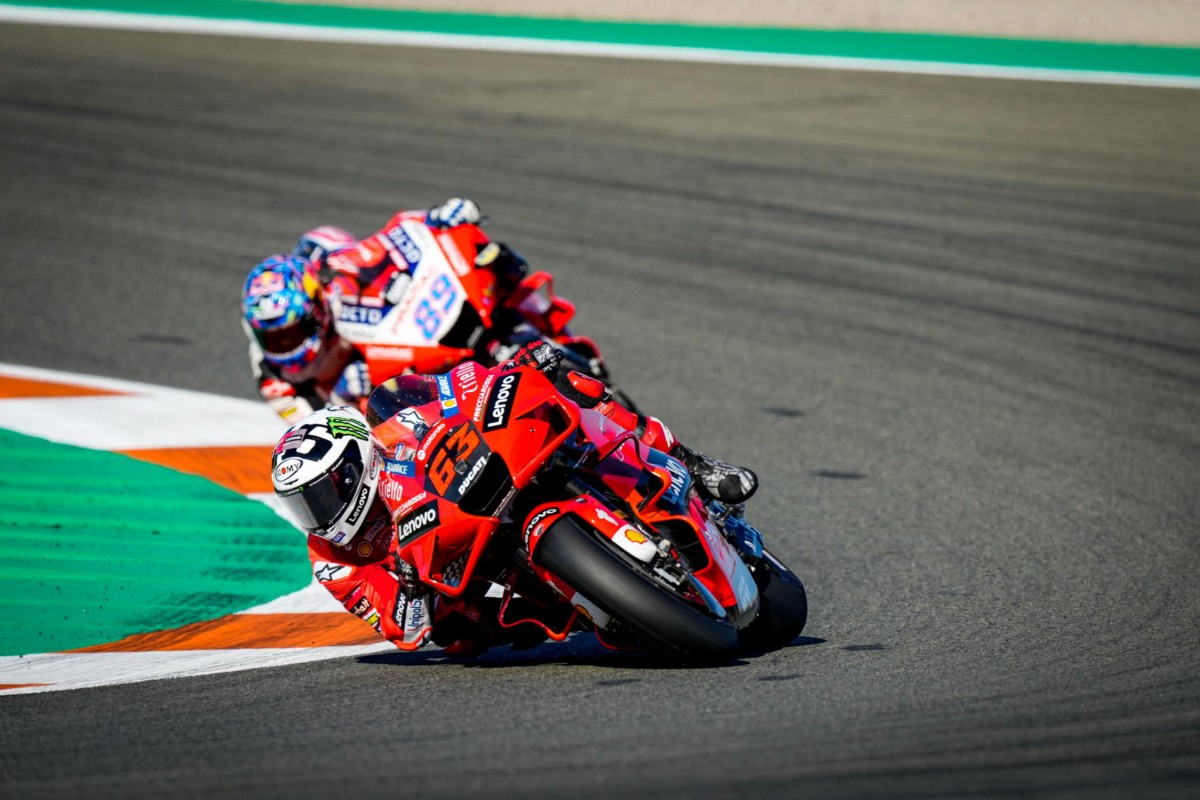