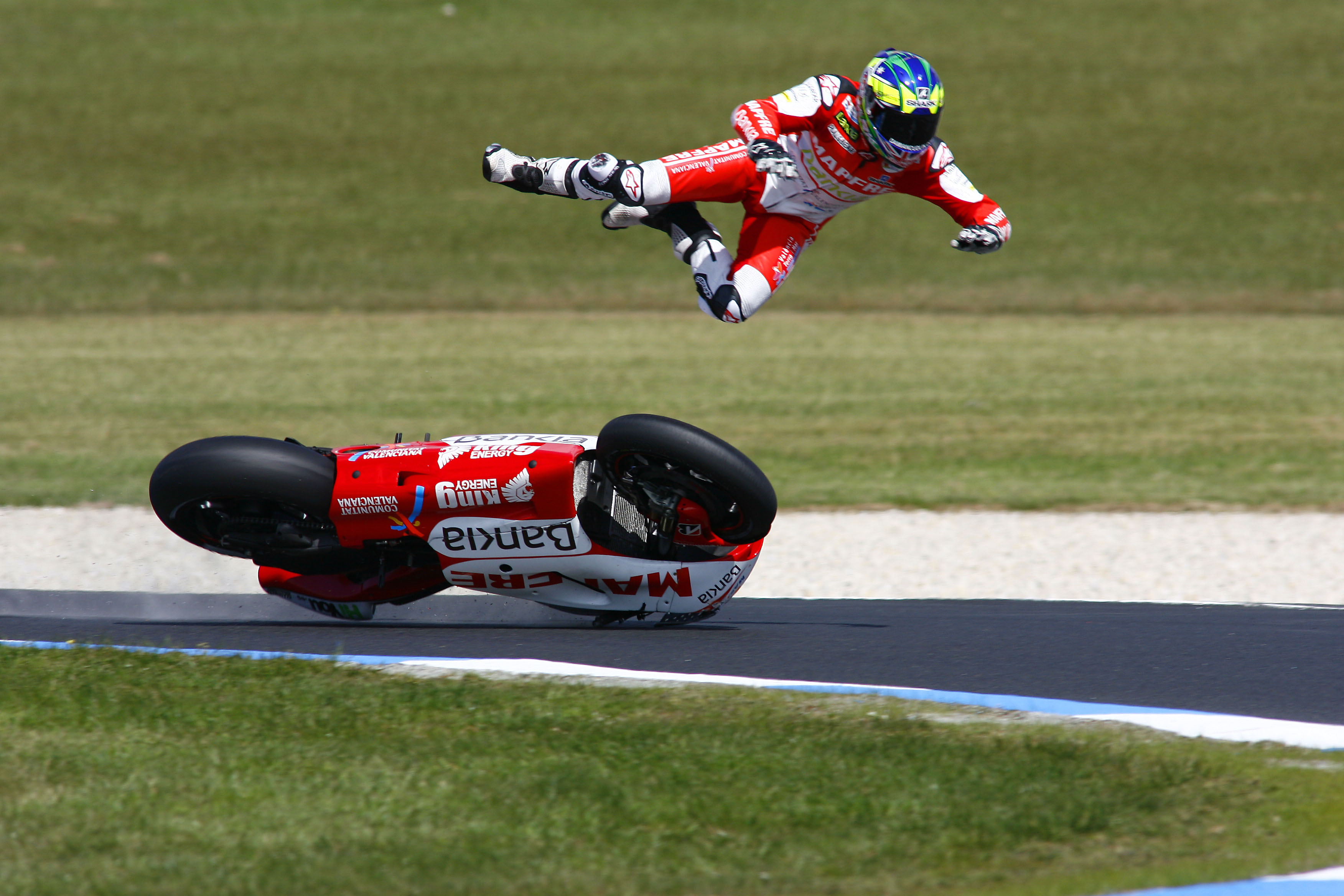 The possibilities of how you are thrown off your bike are endless and riding a motorcycle has its own dangers. Knowing the types of crashes and avoiding them is necessary.

Most of the crashes happen over cornering and there are two very common ways riders crash in corners.

Lowside: Lowside crash is typically when riders crash the same side as the way they were cornering. A lowside can happen under the following circumstances.

Read wheel lowside:  A rear wheel lowside happens when you lose the traction on your rear wheel and you slide off. Check the video below where the rider loses his rear end and is wiped off. The rear tyre over spins in the video caused since the rider used too much acceleration. With adequate throttle control, the crash would have been avoided.

To avoid lowside crashes, complete your braking before entering the corner. Trail braking is not advised on the streets as it is an advanced braking technique and needs much practice before trying it on the streets.

Highside: This crash is the dangerous kind. Highside occurs when the bikes rear tyre loses grip and regains it violently causing a sling shot effect. In most cases the rider is thrown off the bike, sometimes it even causes a deadly tankslapper which throws the rider off the handlebars.

The damage done to the bike and the rider is much higher in highside. Highside majorly happens when you are pushing the bike hard.

The best way to avoid a highside is smooth throttle control. If you realize the bikes rear end is sliding, continue rolling on the throttle slowly, the bike may perform a powerslide and regain traction slowly. Highside mostly happens with higher CC motorcycles. Smaller capacity motorcycles are unlikely to face a highside crash. Check the video below of MotoGP riders highsiding.