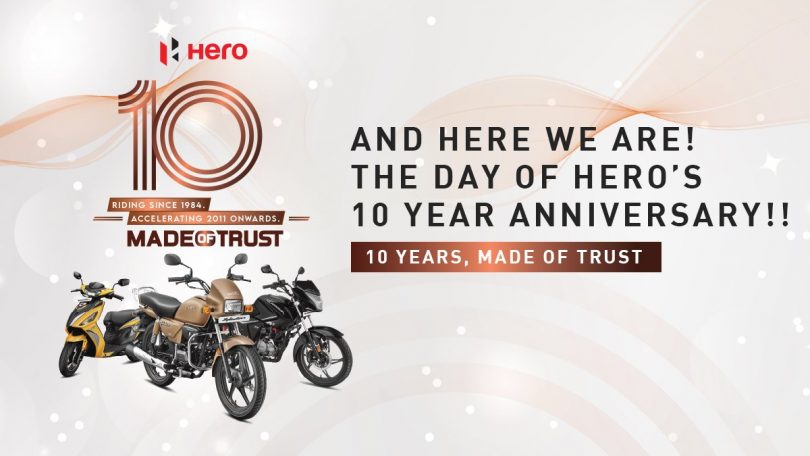 Hero MotoCorp announced that it sold a total of one lakh units in retail sales in a single day, i.e. on 9th August. Interestingly, this date also marks the brand’s 10th anniversary. These retail sales include both the domestic market as well as the global market. The demand has been growing ever since the country entered the unlock phase. Hero MotoCorp mentioned that the demand is increasing across all the segments all around the globe. One of the key points to notice is that Hero MotoCorp had doubled its daily average scooter sales. Led by the newly launched Maestro Edge 125, Hero MotoCorp’s range of scooters is in much demand. The other scooters include the Destini and Pleasure 110.

The motorcycle segment, Hero MotoCorp’s forte, is also witnessing a significant spike in demand. The recent launch of Glamour Xtec has created a positive impression in the market. The legendary Splendor, which is now available in Matte Shield Gold colour, was also in much demand. Hero MotoCorp separated from Honda back on 9th August 2011 in an attempt to make its own identity. And it is pretty evident that Hero MotoCorp has lived up to the expectations. Becoming the world’s largest two-wheeler manufacturer in terms of volume is not an easy task. But, with sheer dedication, Hero MotoCorp showed great courage, and hence the success followed.

With the growing demand for electric two-wheelers in the country, Hero MotoCorp looks set to enter this segment as well. During the virtual celebration of completing ten years as an independent brand, Hero MotoCorp teased its upcoming electric vehicle. From the looks, the scooter has a very aggressive front profile. Other notable features include telescopic front suspension, upright handlebar, a big footboard, and more.

As Hero MotoCorp is already in partnership with Ather, chances are high that the company will borrow Ather’s powertrain. Hero MotoCorp is also in collaboration with Gogoro. This Taiwan-based technology has its expertise in building Battery Swapping Networks. And this leads up to believe that Hero MotorCorp’s EV offering might also have the battery swapping feature. As it stands, Hero MotoCorp will likely launch the EV by the end of this year. 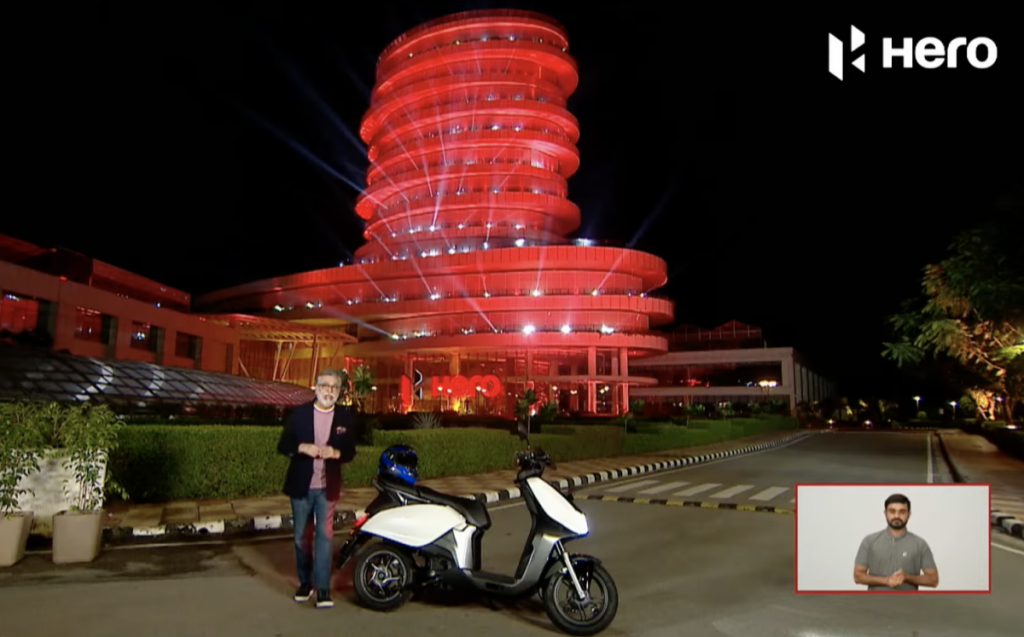