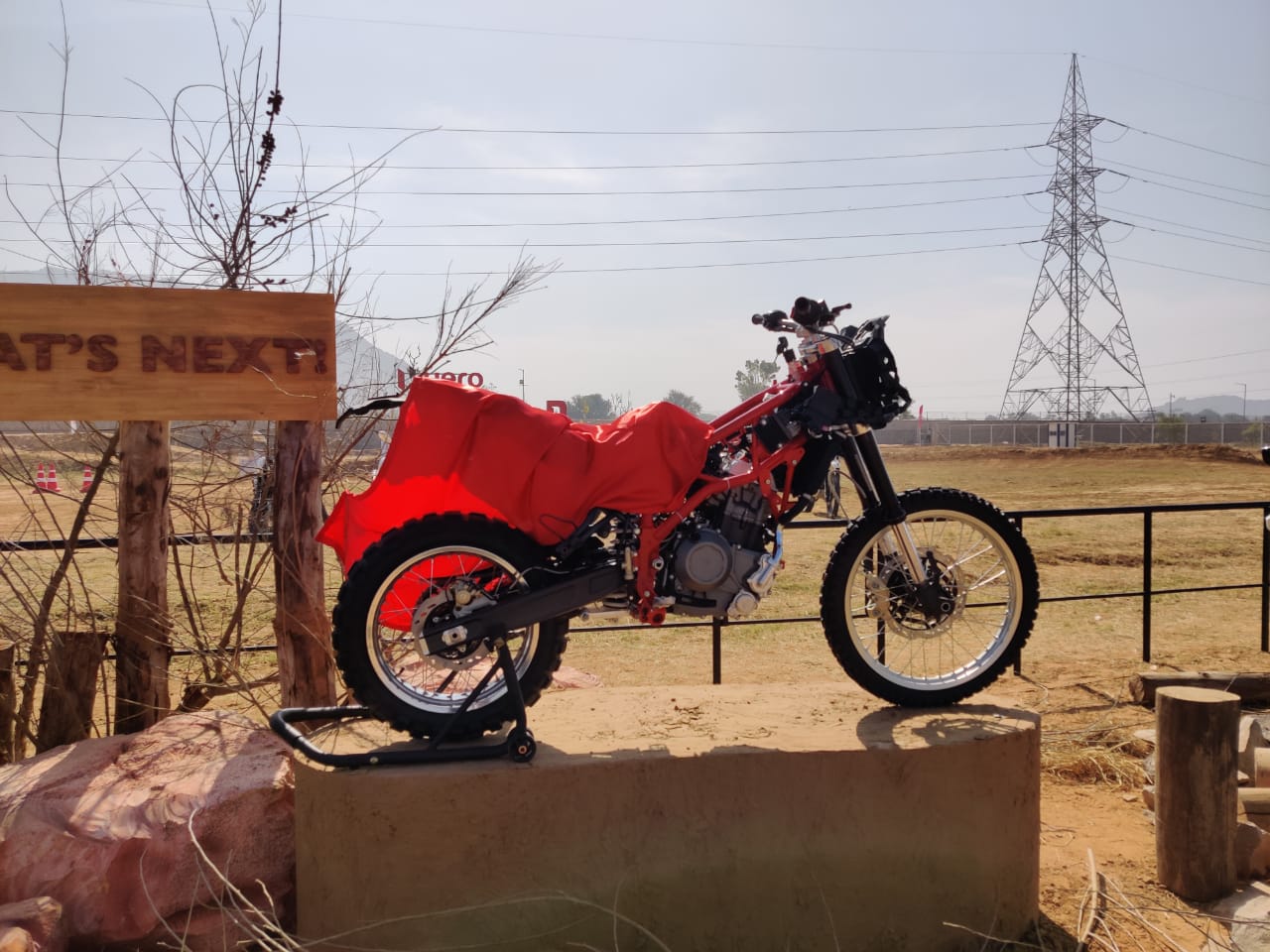 While not many were happy with the outright specs of the Hero MotoCorp Xpulse 200, the bike has found its fair share of believers. Now, Hero MotoCorp is getting set to step up the game in the adventure touring segment with a motorcycle in the 300cc – 400cc class. Obviously, we know that the bike when launched will be pitched against the likes of Royal Enfield Himalayan, KTM 390 Adventure and the BMW G 310 GS. One thing for sure, the bike will be aggressively priced to allow the masses to enter the world of adventure touring.

Hero MotoCorp has revealed a prototype of this new adventure motorcycle. Although not a fully design concept, there were quite a few points to note down. For starters, this new adventure motorcycle from Hero MotoCorp will sport a trellis chassis. There was no body work on the prototype, but the bike showed off its spoked rims hinting at being off-road friendly and purpose built. This all-new chassis will also have a stronger and longer swingarm to allow for the bike to be stable on higher speeds as well, when touring. The chassis components were seen in the same red shade as the Dakar rally motorcycle from the Hero MotoSports team. This is the first time Hero MotoCorp will make use of a trellis chassis on their bike in India.

Powering the bike would be an all-new engine. Although the cubic capacity is unknown, the rumours suggest that the bike could slot in the 300cc – 400cc category. Another first for the brand would be liquid-cooling as seen on the prototype. Expect power figures to be modest compared to the KTM 390 Adventure, so roughly 30 – 35 PS is what we expect. The bike will come matched to a 6-speed gearbox and will also benefit from ABS on both wheels. The prototype showcased was seen running on knobby tyres.

Now, no launch plans have been announced yet but we expect the bike to be ready by the end of 2021 at least. 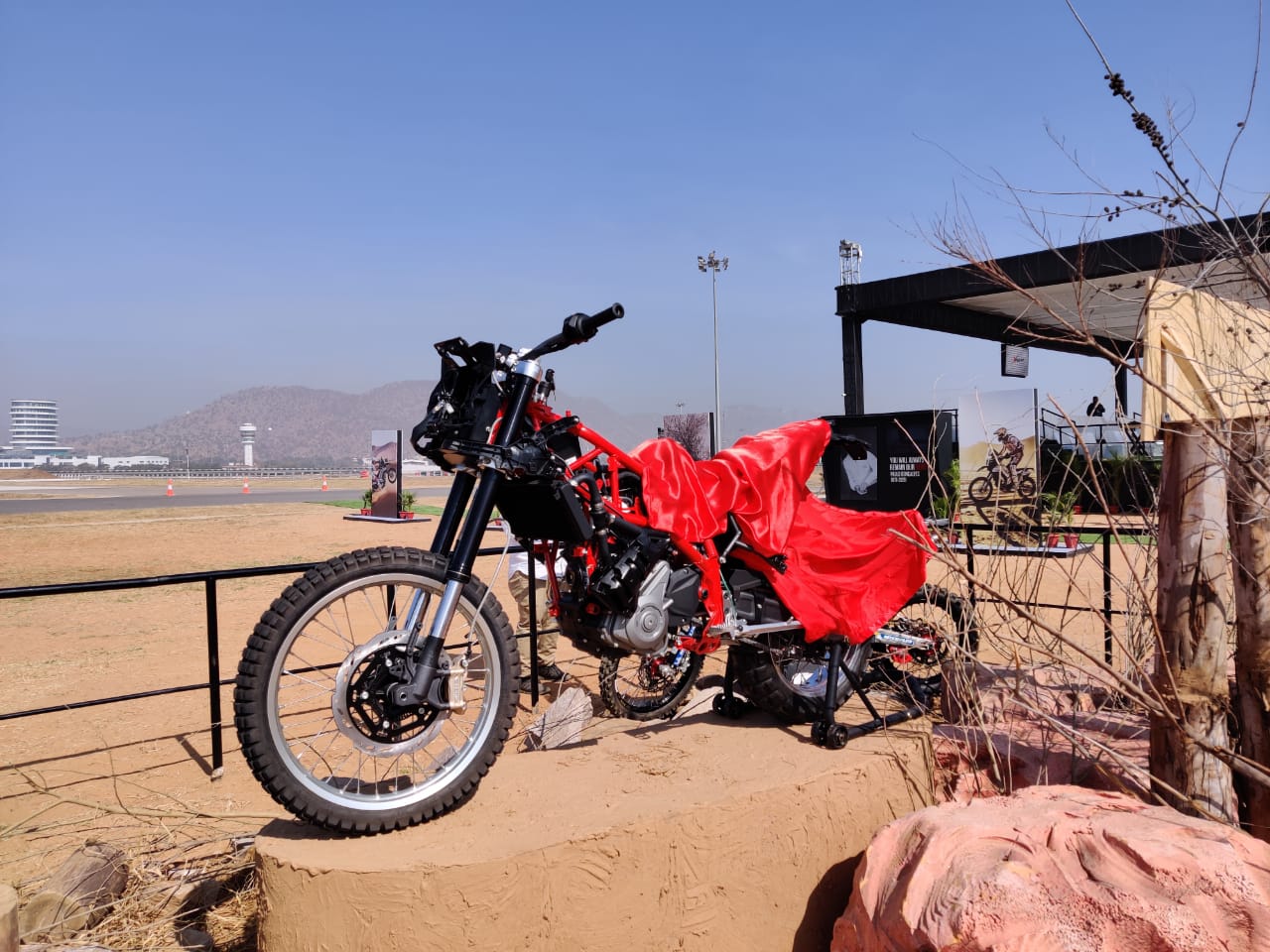 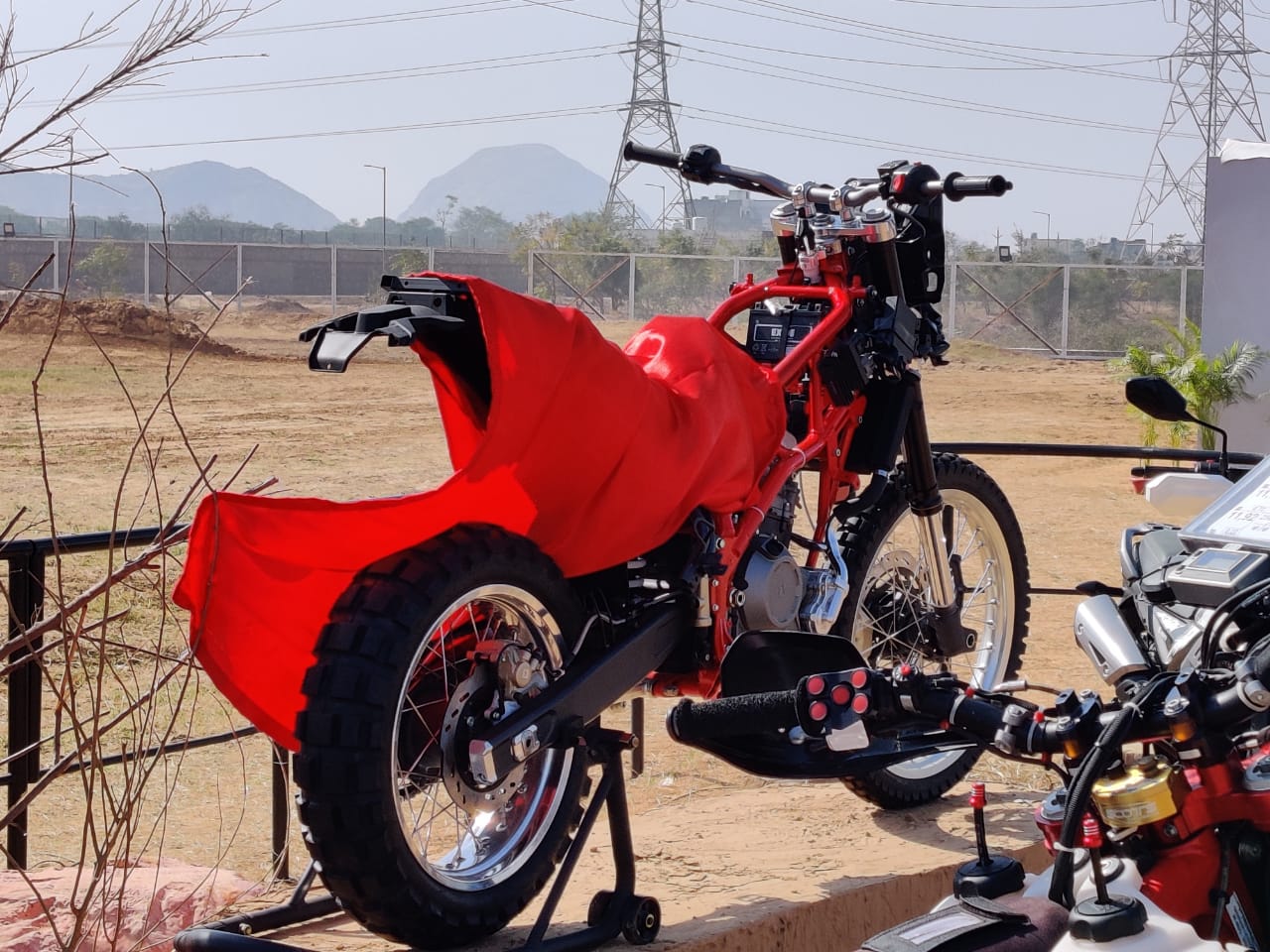 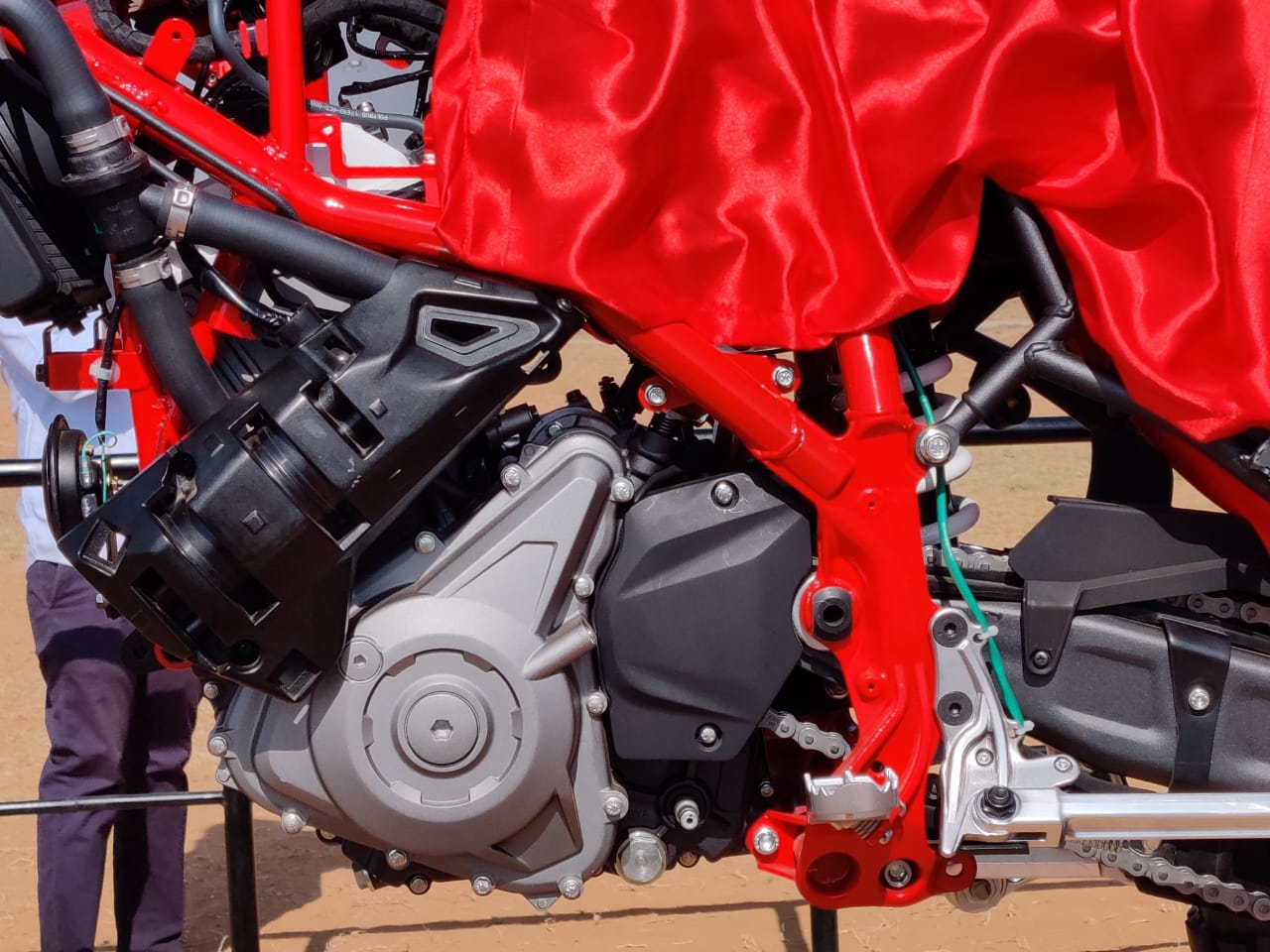