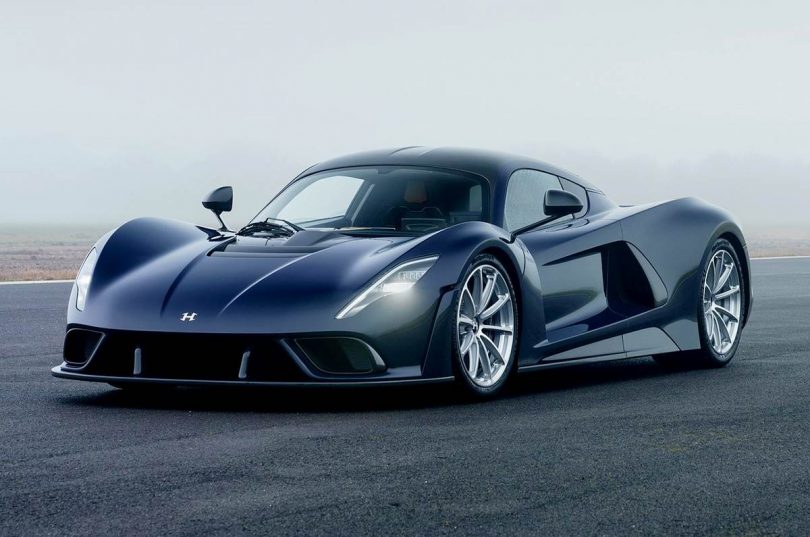 Hennessey has unveiled the F5 Venom, the car which is reportedly aimed to break the road car speed by travelling at a blistering 500 kmph.

Quite a lot of elements have been carried forward from the concept car, such as – butterfly doors and decent passenger space for a hypercar, with the well-finished combination of leather facings and carbon fibre trim. To make the car lightweight and to improve its structural integrity the rear section is completely made up from one piece of carbon fibre with CNC-machined vent holes. The use of larger diffuser and elimination of the raised wings are the key main evident differences though it is interesting to note that there absolutely no use of active aero elements. The production car also differs from the concept car in the aerodynamic department.

Double-wishbone with passive dampers which can be adjusted for bump and rebound makeup this supercar’s suspension system. Hennessey has given 5 driving modes in the car, Drag mode which gives the best acceleration and the F5 mode to reach the ultimate top speed. The carbon fibre monocoque is built by the KS composites in the UK and weighs just 86 kg. The rear part is made up of tubular aluminium subframe.

The Venom GT produced by the same carmakers clocked a top speed of 435.31 kmph at the Kennedy Space Centre in 2014. But, there is no confirmation if the F5 would beat the Bugatti Chiron’s top speed of 490.47 kmph due to the unavailability of a proper testing track.

A 6.6-litre, overhead-valve, twin-turbocharged V8 engine does the duty on the F5 producing a maximum of 1842 HP of power and peak torque of 1617 Nm. Hennessey claims that the F5 is the fastest road-legal car in the world, with its 0-100 kmph timing being 2.6 seconds, 0-200 kmph is estimated to be around 4.7 seconds while it takes around 8.4 seconds for the car to sprint from 0 to 300 kmph. The car is a rear-wheel-drive and offered with a CIMA 7-speed single-clutch coupled with a limited-slip differential. This supercar will be produced in limited numbers only and Hennessey claims that 12 cars, i.e. half of what the car plans to produce have already been booked. 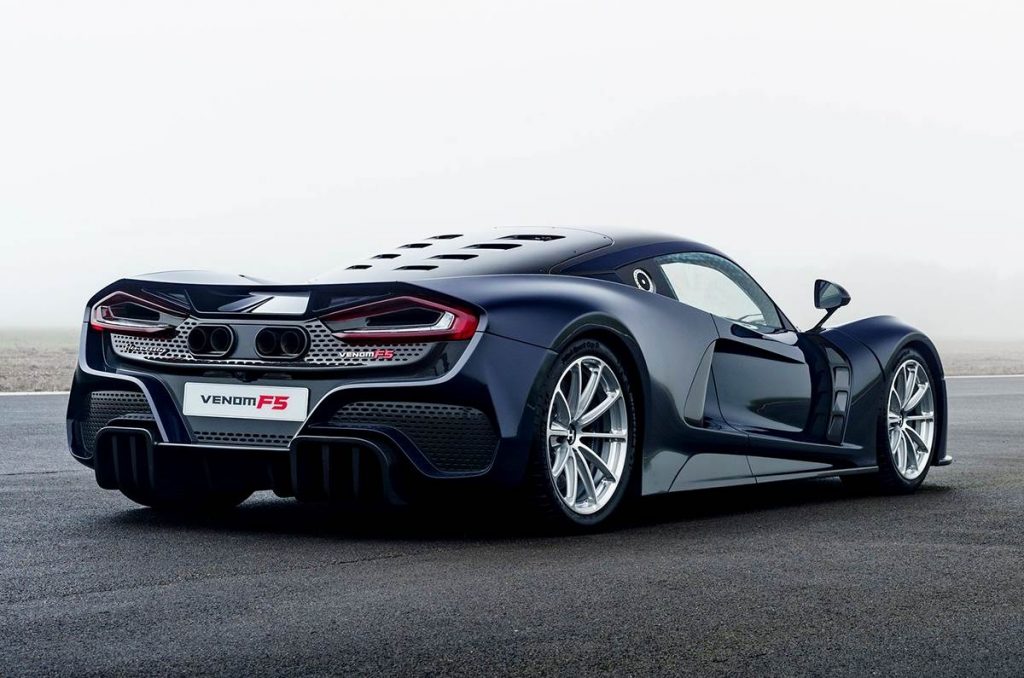 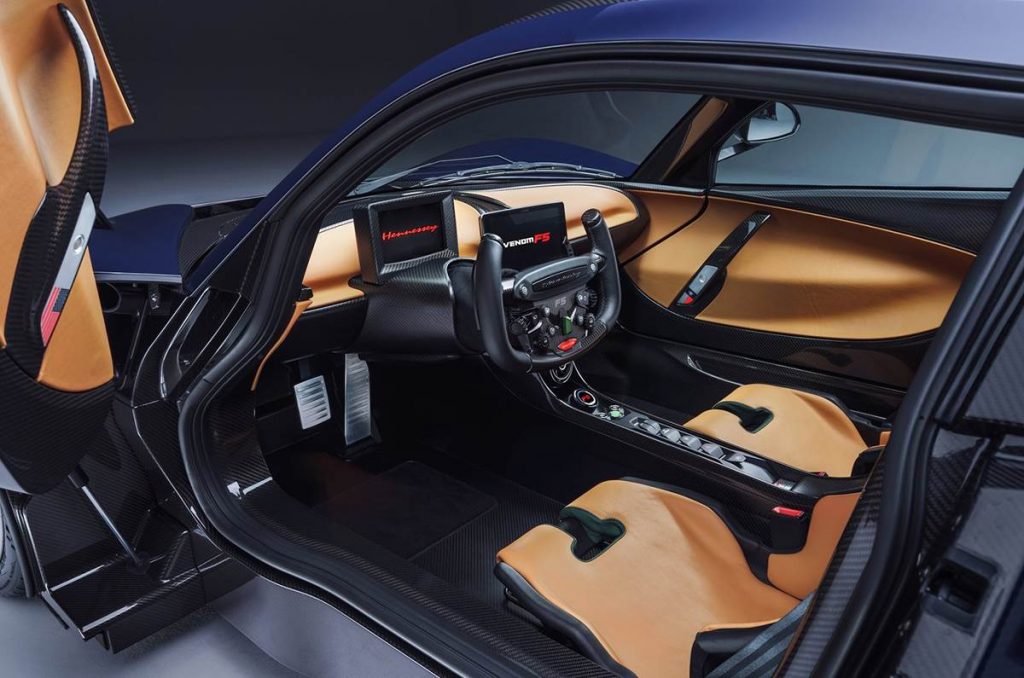 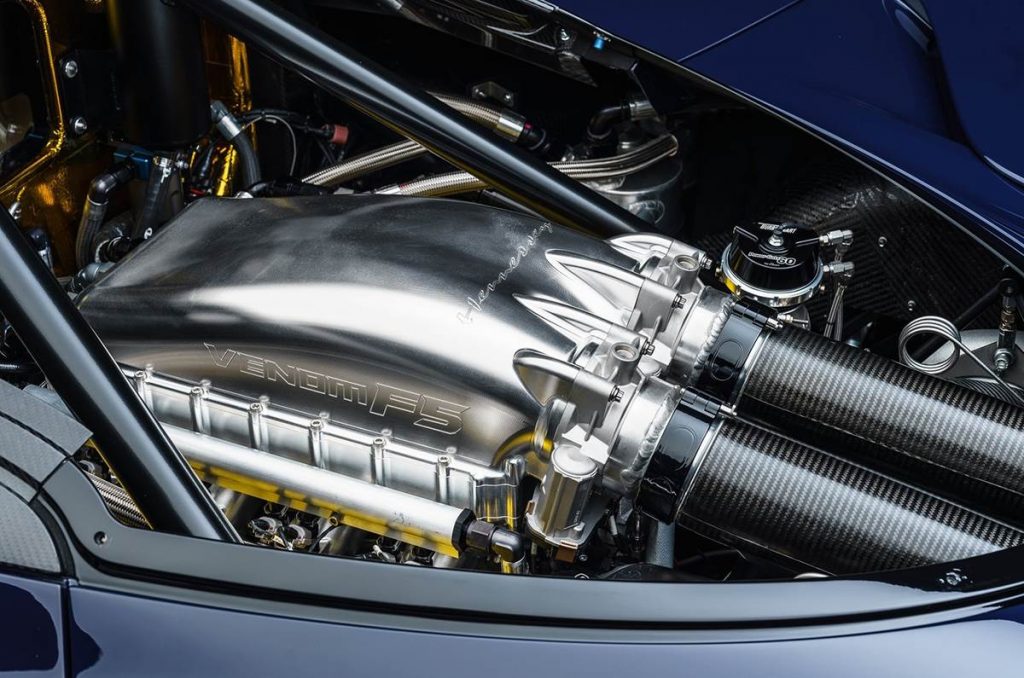