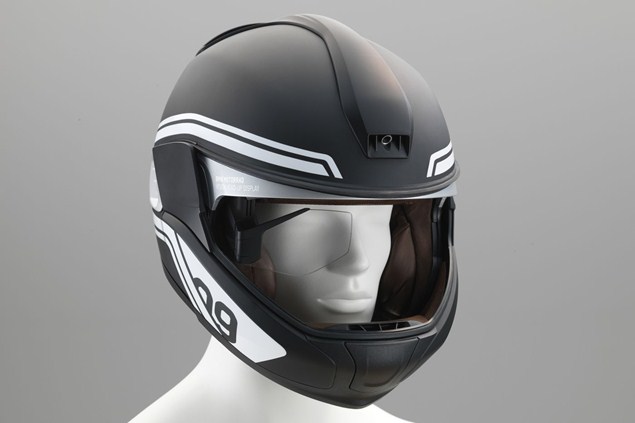 ‘Skully’ introduced it first to the market and now BMW has entered the era of the futuristic technology development for riding motorcycles. Head Up Display (HUD) helmets is what’s being planned and developed by BMW.

Revealed at the Consumer Electronic Show (CES) at Las Vegas, BMW showcased it’s HUD helmet that would display all the essential information to the rider which is generally missed while riding or needs attention.

The HUD consists of a lens in front of the riders left eye which displays important information like speed of the vehicle, oncoming traffic hazards etc. The helmet is also believed to be equipped with features such as Sat-Nav and GPS that would guide the rider on the go. 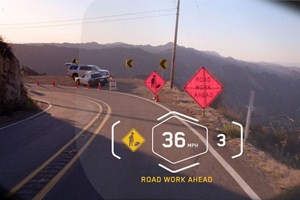 Also, BMW claims that with the development of features such as Vehicle to Vehicle communication system (V2V), which is under development, the helmet would be able to show the unexpected hazards to the rider.

A rear view camera is also believed to be incorporated for rider to view the tailgating traffic and helping to maneuver through tight spaces or fast highway runs.

The prototype shown in CES is operated by buttons on the left hand bar allowing  the display to be switched and the camera system to be turned on and off. With two replaceable batteries, the helmet has a total backup of full 5 hours before going off.