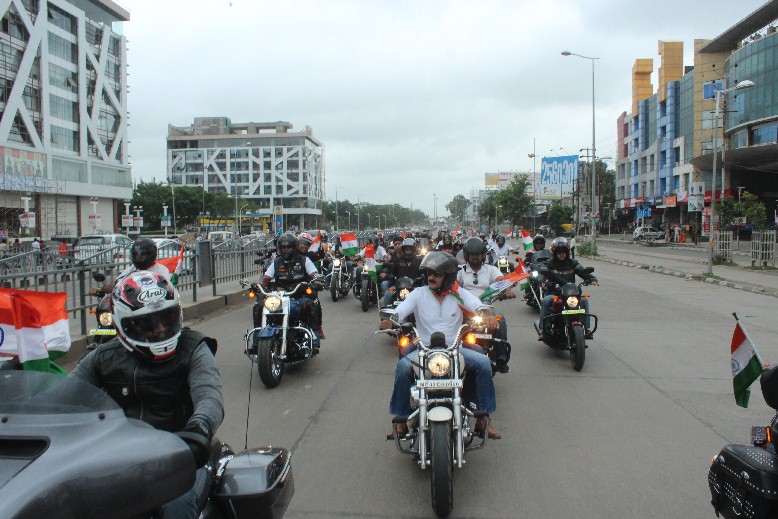 Himalayan Chapter from Chandigarh rode down to Mcleodgang and the Capital Chapter of Delhi-NCR rode down to the hills of Himachal Pradesh. Seven Islands Chapter from Mumbai also organised a flag hoisting ceremony along with children from the NGO-Bandra East Community Center at Cardinal Gracias High School. The rides then took the route to Lonavala. Riders from the Coromandel Chapter Chennai took the road to Kanthaloor and also undertook this ride for charity at an orphanage near Kanthaloor on August 16th, 2014.

With over 4000 Harley-Davidson owners in India, Freedom Day ride has become a ritual for the company.

Harley-Davidson currently sells 11 models under its Indian line-up along with a full range of parts, accessories and merchandise. The company has a total of 15 dealerships across India in major cities such as New Delhi, Gurgaon, Chandigarh, Mumbai, Navi Mumbai, Hyderabad, Bangalore, Chennai, Kochi, Kolkata, Ahmedabad, Indore, Pune, Goa and Jaipur.