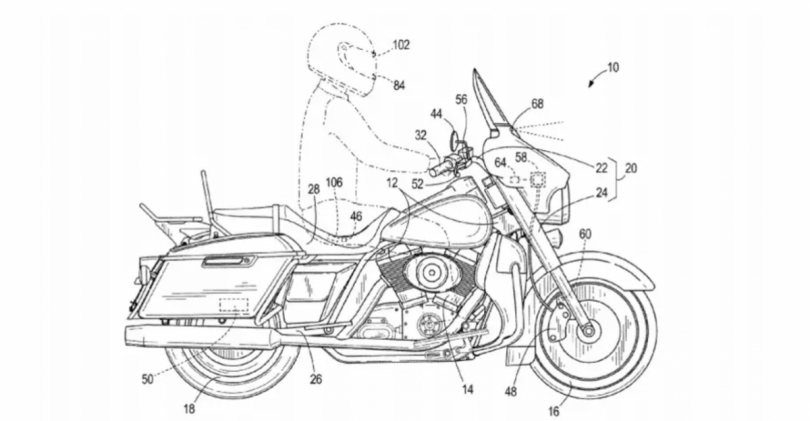 Harley-Davidson is working on a new radar-based safety system which strives to maximise the safety of the rider. Similar technology is also offered on four-wheeled vehicles and recently in motorcycles such as Ducati, BMW and KTM. The new safety system works on the fundamentals of the radar-based cruise control system and continuously monitors the vehicle’s surroundings looking for potential hazards.

New patent details reveal the workings of the new system and its algorithm which continuously loops and when it detects an anomaly, the system acts in a certain manner to help effectively reduce the speed of the motorcycle. According to the leaked patents, the system monitors the inputs from the vehicle and if it detects an imminent collision, checks if the rider is applying the brakes. If the vehicle is in maximum deceleration the circuit is ended.

The background art shows a bagger style motorcycle, but the upcoming Harley-Davidson Pan America is the ideal candidate to feature the new system. The Harley-Davidson Pan America slated for its debut on 22nd February 2021 at the H-D-21 virtual event which will be taking place for the first time in the brand’s 118-year-old history. The radar-based system will also equip the motorcycle with an Adaptive Cruise Control system allowing it to compete fiercely with the competition.

The new system will help the Harley-Davidson Pan America compete with the KTM 1290 Super Adventure, Ducati Multistrada V4 and the BMW R1250RT in the touring segment. 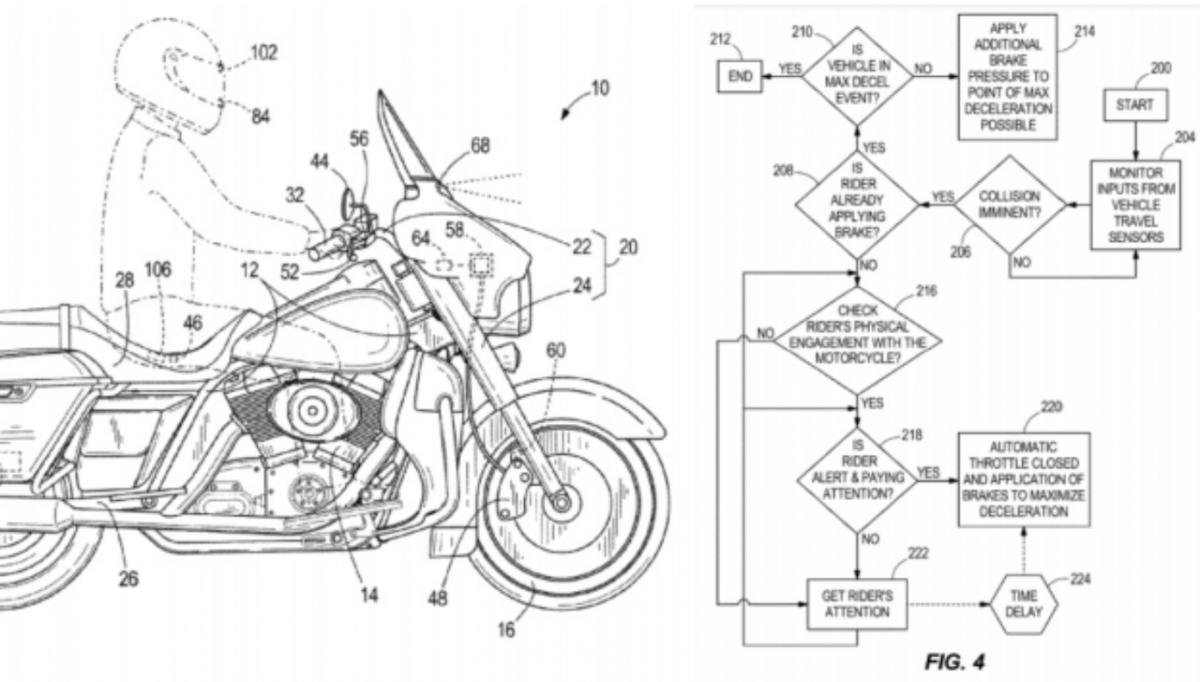