Automobile manufacturers around the world are working towards meeting the new emission norms such as Euro5, a European-Union mandated emission standard for new motorcycles sold in the jurisdiction. While the new stringent norms have brought many technologies as new standard compliance such as fuel injection, many others have been rendered obsolete such as two-stroke engine and carburettors.

The new engines compliant to the stringent norms also benefit from liquid cooling which makes them more efficient but some manufacturers such as Harley Davidson have traditionally sold their motorcycles with large Air-Cooled units which makes the brand recognizable and differentiates them from the others. But to meet the new standards, Harley Davidson might be upgrading their V-Twin engine with pushrod cam trains with a new VVT (Variable Valve Timing) system.

According to sources, patent designs of this new V-Twin engine with VVT have emerged on the internet and to meet the new stringent emission norms Harley Davidson could be working on developing an engine with the phase cam system. The brand will use four pushrods like it has done one its engine since the 1930s but while the older spec engines had all four pushrods on one side of the engine the patent design reveals that the new engine is likely to have two pushrods on one side and the other to one the other, likely to accommodate the cam phase system.

The new VVT system on the Harley Davidson engine is likely to help it achieve Euro5 norm without the need of a liquid cooling system. The new motor is likely to use an oil pressurized actuator system to allow the phasing action of the camshaft. The system could be similar to the one employed on the Ducati Multistrada, but the difference is that it runs on an intermediate gear which means its rotates in the direction opposite to the crankshaft. The engine is also likely to have a balancer shaft to spinning against the VVT system to lower the vibrations.

The system is speculated to be employed on the Sportster range in the Harley Davidson portfolio which is likely to increase its price due to the complex nature of the system. Though expensive the new breed of engines will be more powerful than the predecessor but defeats the purpose of the Sportster which is positioned as an inexpensive entry-level motorcycle. 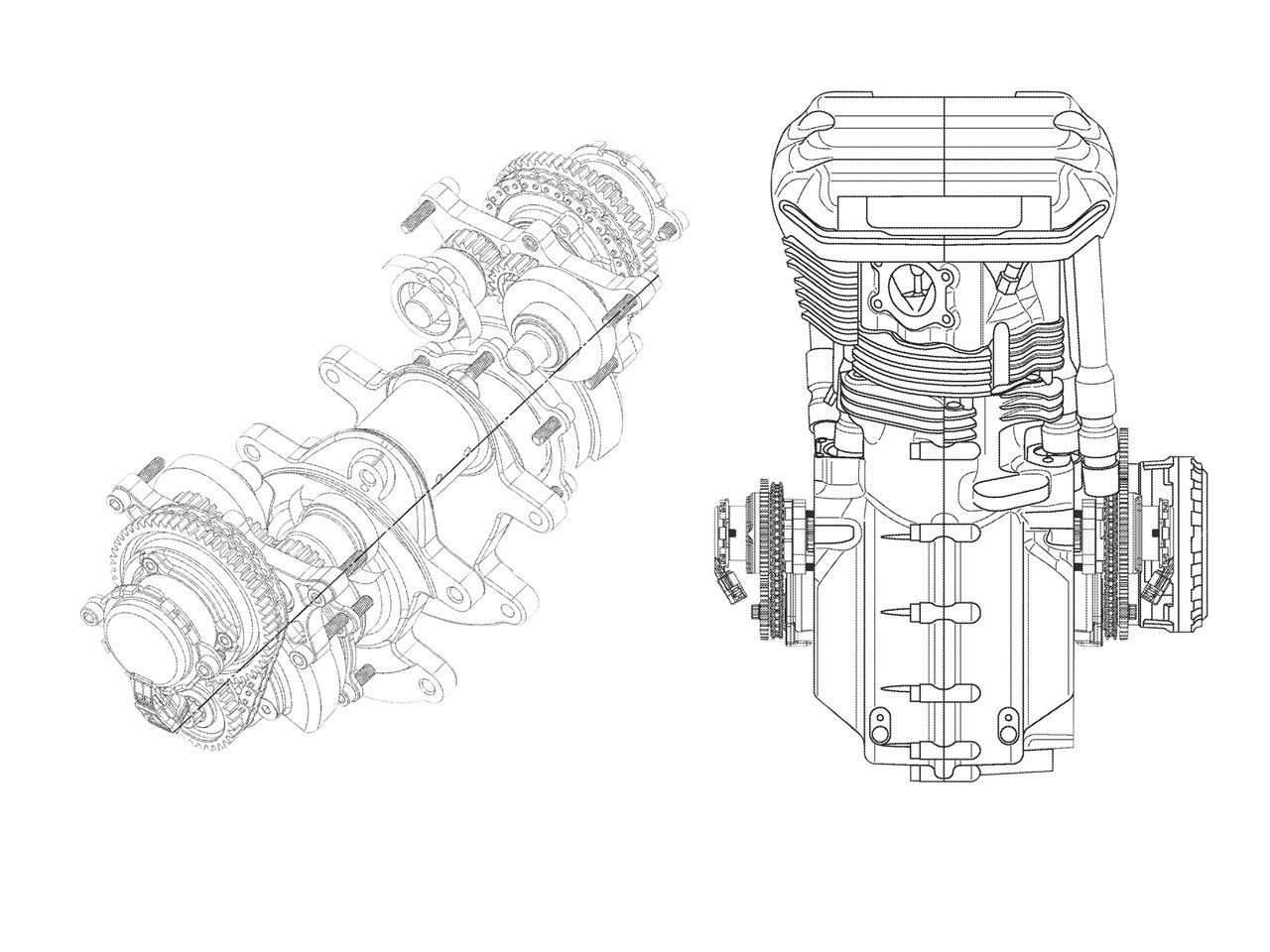