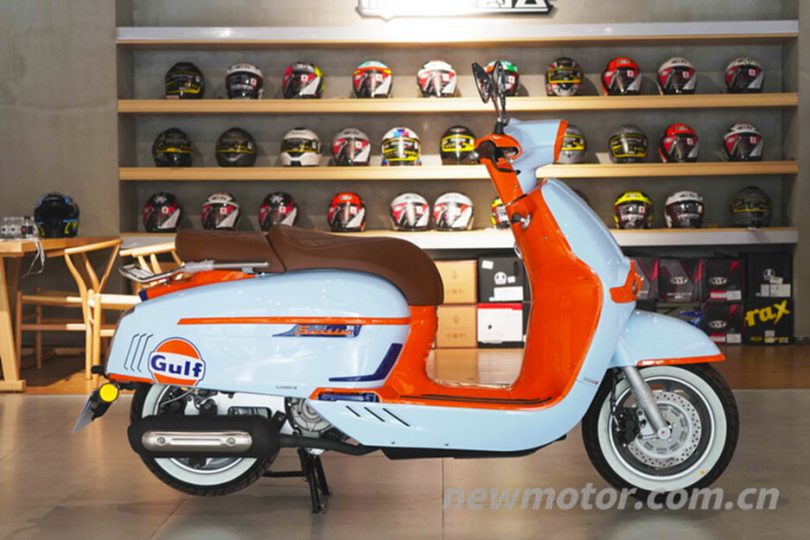 Keeway recently made its way to the Indian market. The brand brought three products to the market – two scooters and a cruiser motorcycle. One of the two scooters is the Sixties 300i. The retro scooter is available in three colour options in India. These are – Matte Grey, Matte Light Blue and Matte White. However, the Chinese market now gets a new Sixties 300i Gulf Livery edition.

The biggest difference is the appearance. The retro scooter now sports a gloss light blue colour with orange highlights all over. The design of the Gulf Livery edition remains the same as the regular model. At the front, the scooter gets an orange surround for the LED headlight and an orange-coloured grille. The front fender also gets an orange border. Moving on to the side, one can see even more orange. The entire inside of the front apron comes in orange colour. Furthermore, it extends to the back of the scooter. The side panels get a Gulf sticker and orange highlights.

The sides are where you will also get to see the wheels. The design of the wheel remains identical to the regular Sixties 300i. However, they have a vintage-like white bordering on the tyres to increase the retro appeal. 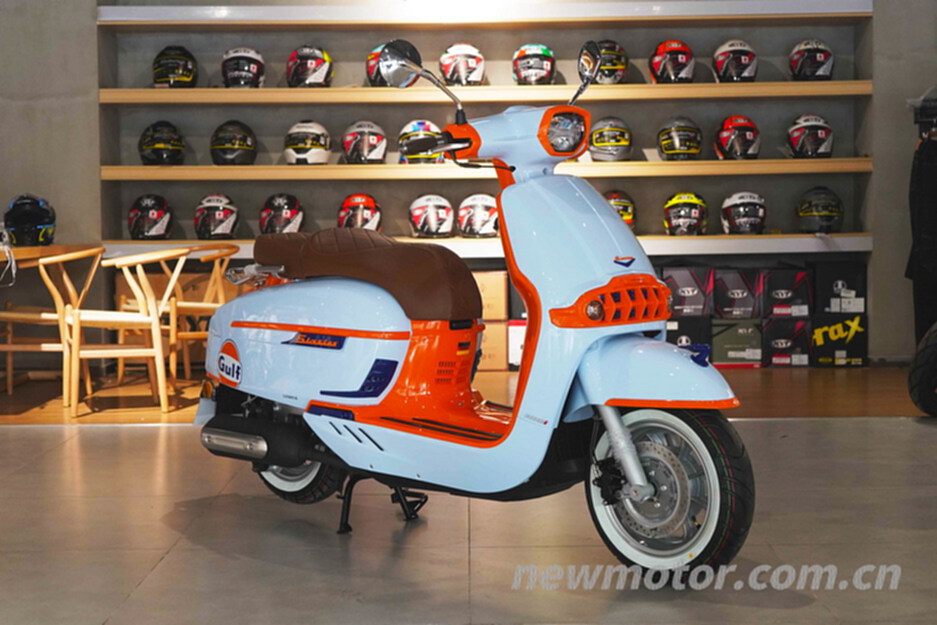 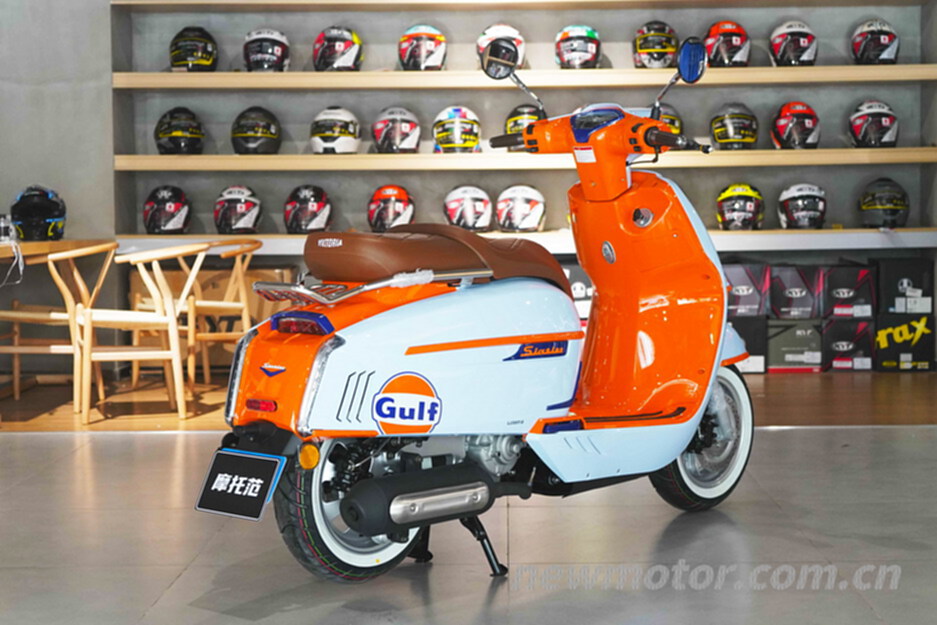 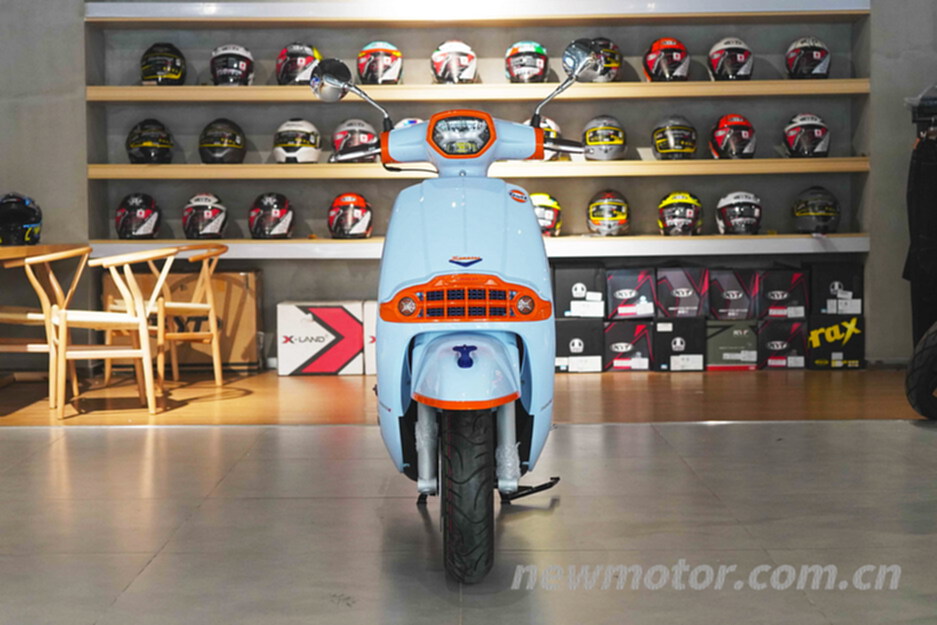 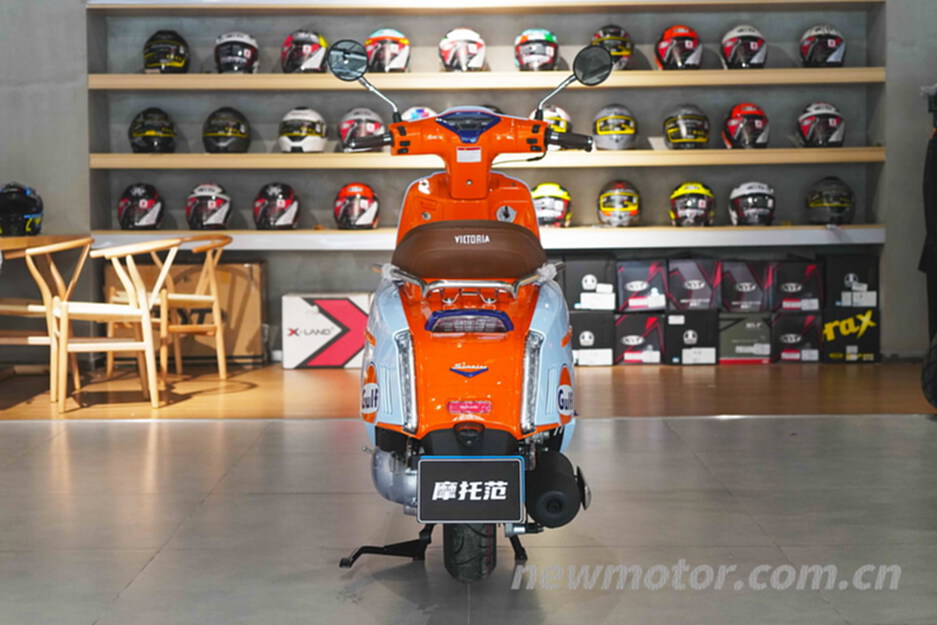 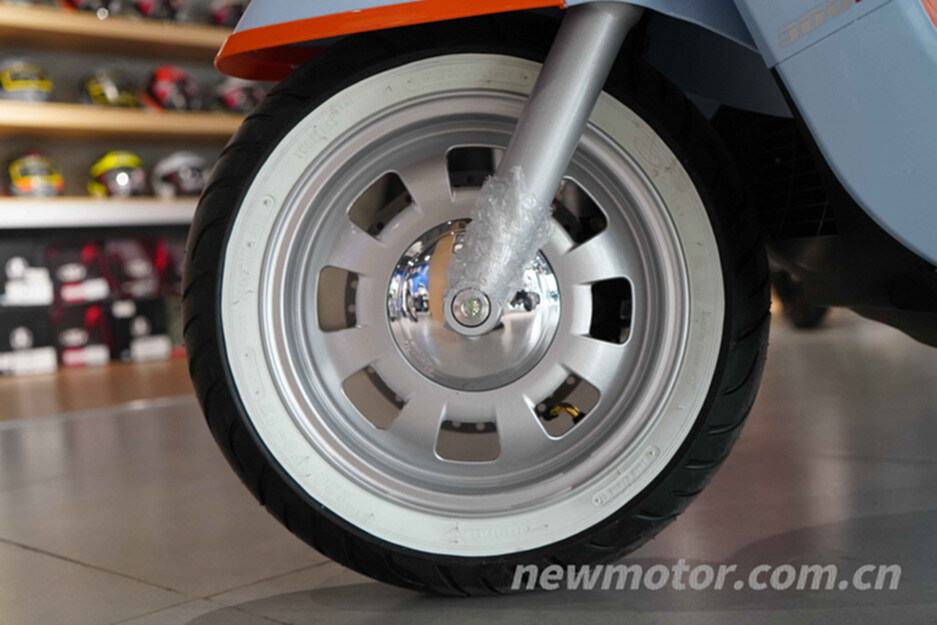 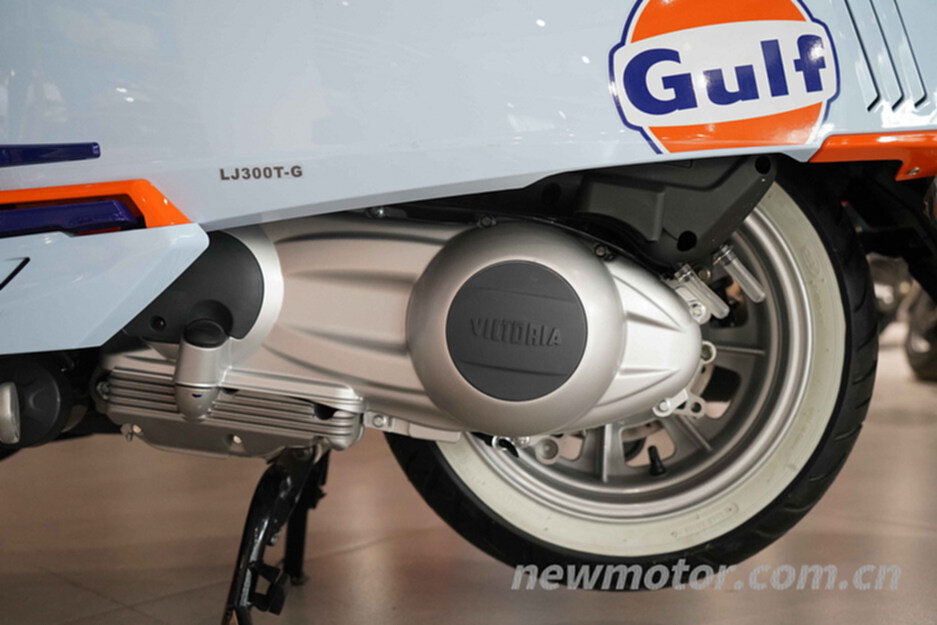