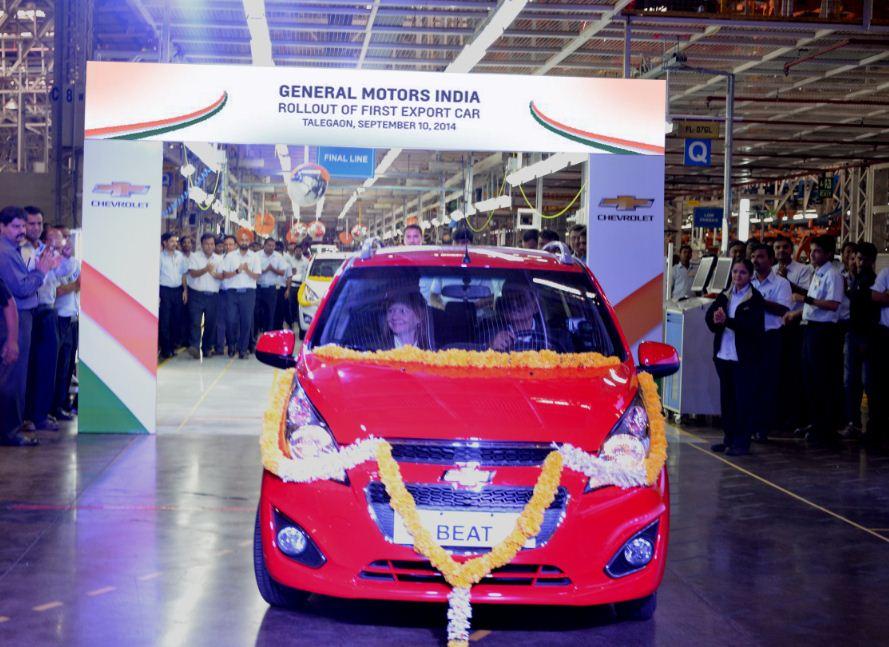 General Motors India has rolled out it’s first vehicle for the export markets. GM India had disclosed earlier this year that the company will commence export operations in the second half of the year from its Talegaon facility starting with the Chevrolet Beat hatchback. The first export market for the company will be in Chile.

A meeting was held with the top suppliers in India to discuss on the opportunities for global parts sourcing. CEO Mary Barra also met the Prime Minister of India, Mr. Narendra Modi during her visit.