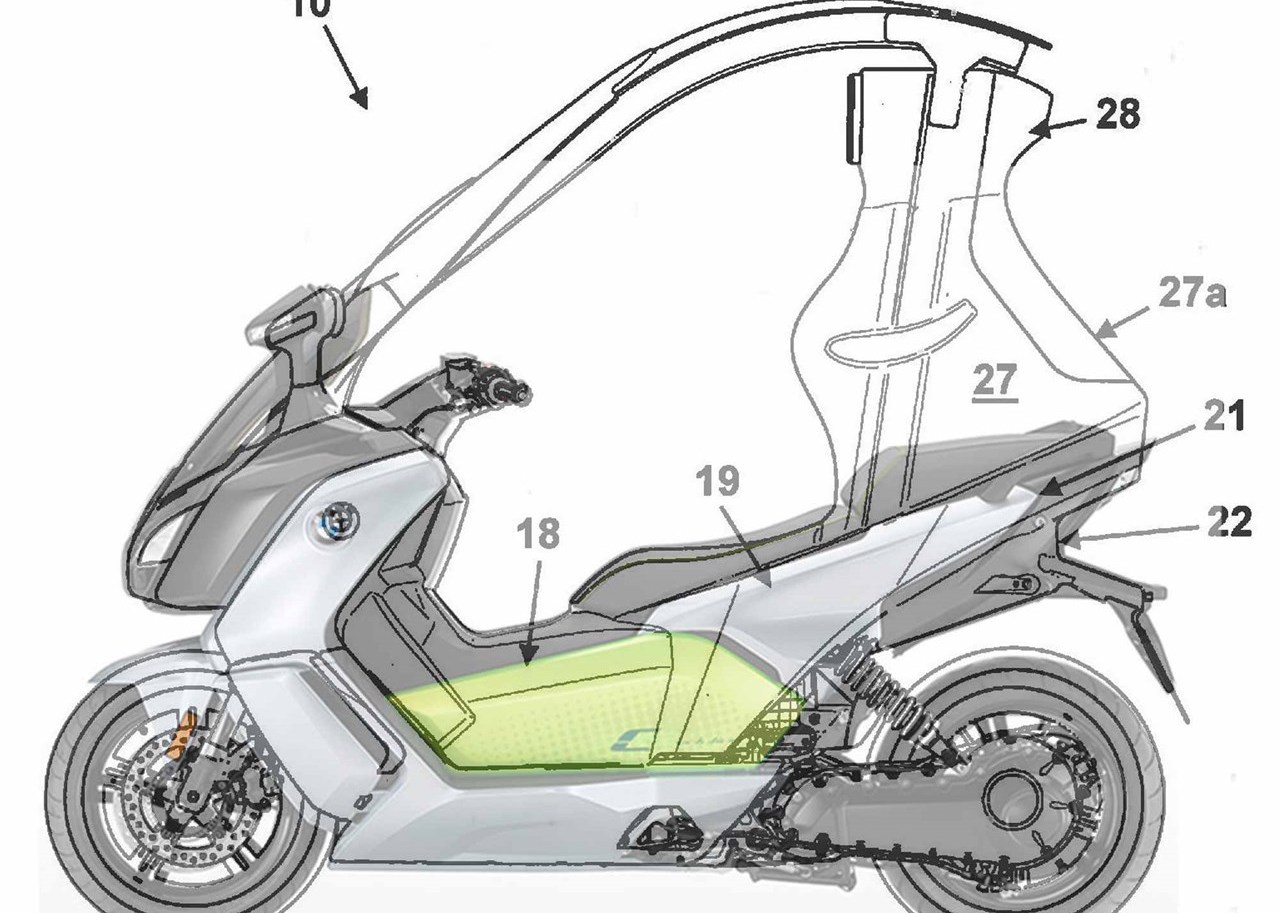 BMW Motorrad might be planning to bring the BMW C1 Scooter back which sold like hot cake in the UK between 2001 up to 2003 when it was discontinued. The BMW sold around 12,000 units worldwide in its brief production run and the scooter was popularised for its roof and windscreen that offered the freedom, lightness, economy and manoeuvrability of a scooter and the safety and weather protection of a car, the best of both worlds.

The brand is now planning to put the C1 back into production but with a twist. The new model is likely to be based on the C Evolution Scooter chassis along with an electric powertrain that could be borrowed from the C Evolution scooter and give it a roof, a windscreen, safety cell, seatbelts, airbags and active aeros.

But unlike its predecessor, the battery-powered C1 successor is likely to get a removable roof. BMW’s latest patent designs that have been circulating the internet lead us to believe that the brand might be working on the cabriolet design with a bolt-on roof that can be easily removed with the airbags and other components for an open-air fun ride on the weekend and it could be mounted again for that Monday morning commute.

The new C1 is speculated to get features such as a carbon fibre roof to keep the centre of gravity low along with rigidity and safety, rear impact protection with the seat back that is likely to be developed with crashpads and rigid structures, 4-point seatbelts with reels that enable movement, two carbon roof hoops bolted on to sacrificial alloy sections that act as a crumple zone and dissipate the crash energy, side airbags that deploy a head-to-hip curtain keeping the rider’s arm inside the safety cell and air ducts that keep the windscreen from fogging up.

The BMW C Evolution electric scooter cost GBP 14,300 in the UK and if the C Evolution is added with all the safety equipment and the carbon fibre bits mentioned above it could be priced around the GBP 20,000 mark, isn’t it quite expensive for an electric powered commuter? 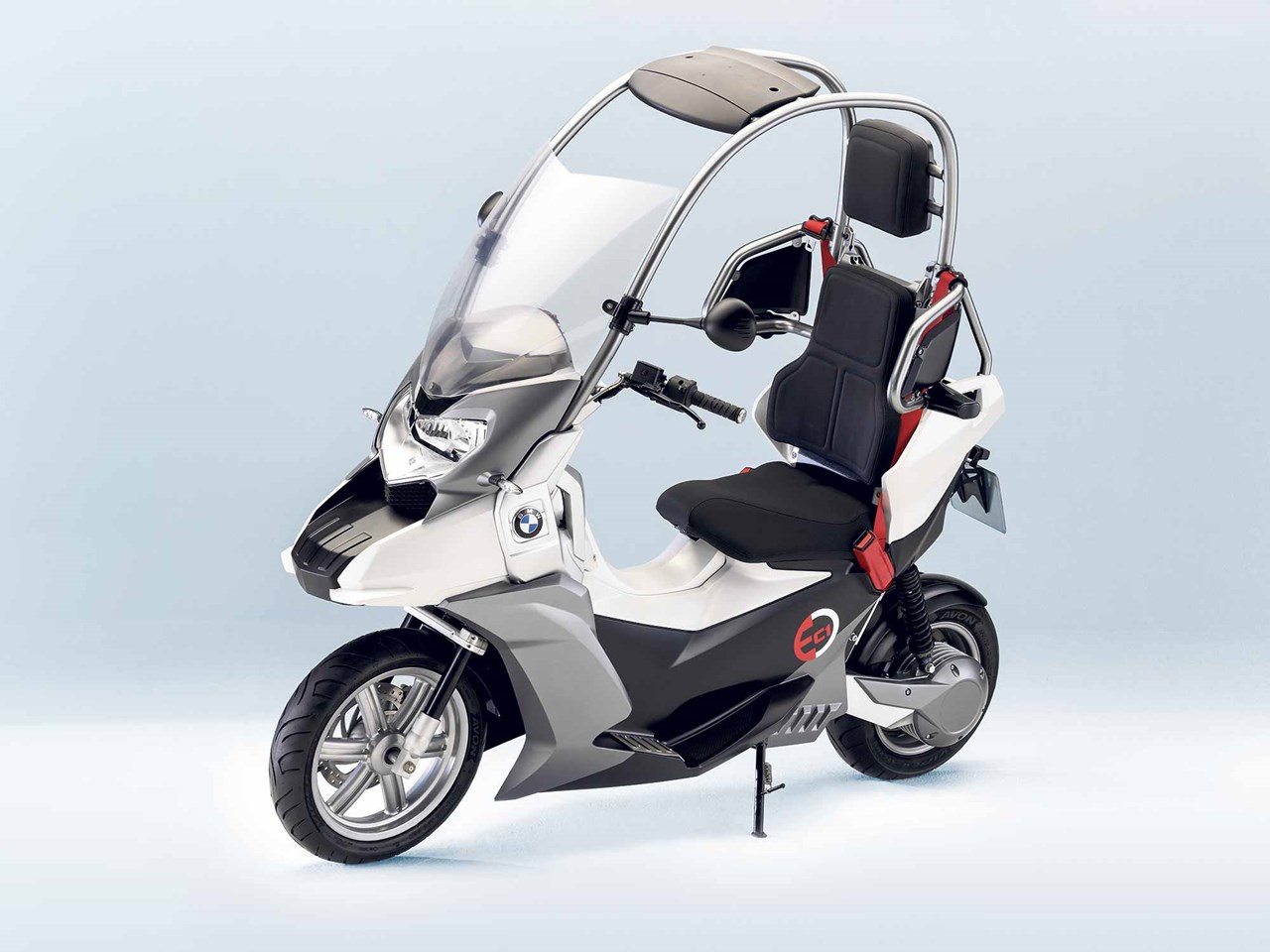