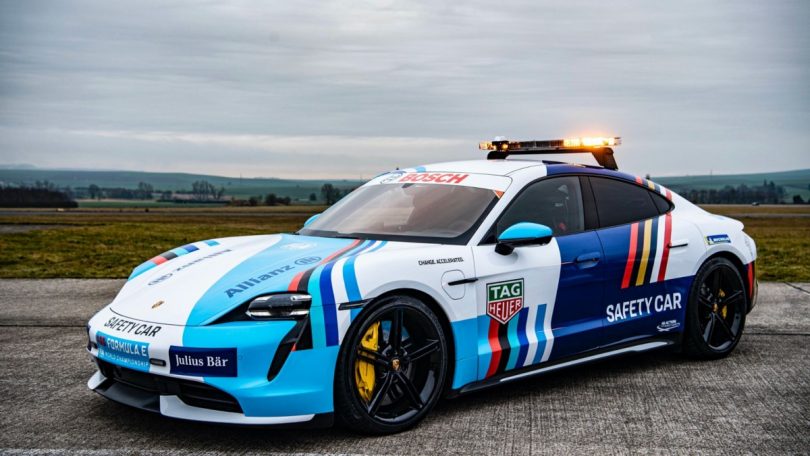 Porsche has announced that its Taycan EV has been chosen as the new safety car for the upcoming Formula E season. The Taycan replaces the Mini Pacesetter and the BMW i8 Roadster for the 2022 ABB FIA Formula E World Championship. Porsche’s first electric sports car will make its debut at the inaugural round of the season from 28th-29th January. The Formula E championship will begin at Diriyah, Saudi Arabia, and consists of 16 races, making it the longest season.

With the Turbo S variant of the Taycan being chosen as the safety car, Porsche has implemented a striking paintwork. This new livery represents all 11 teams participating in the Championship, the colours of the FIA, along with Formula E. Porsche, states that the paintwork also symbolises the commitment of Formula E personnel and the future of all-electric motor racing.

Along with expressing diversity and community, the paintwork sports a number 22 that represents the number of competing drivers. Porsche has also made modifications to the Taycan Turbo S that include integrated flashing lights on the bumpers. As part of the exterior modifications, the Taycan Turbo S safety also gets a prominent light bar on the roof.

Powering the Taycan Turbo S safety car is a twin-motor, four-wheel-drive powertrain that produces 761 PS and 1050 Nm. With this level of performance onboard, the Taycan Turbo S can accelerate from 0-100 kph in 2.8 seconds. The EV can also achieve a top speed of 260 kph, making it the ideal choice as a safety car.

Porsche states that its EV will play a critical role in maintaining safety in the all-electric motorsport Championship. The automaker has also made several conversions to the interior of the EV by installing a roll cage for safety. Additionally, the Taycan Turbo S also sports racing bucket seats with six-point seatbelts and wire harnesses for the lighting. To meet all safety requirements, the EV sports a Marelli Logger System, a fire extinguisher, and a high-tech communication system. 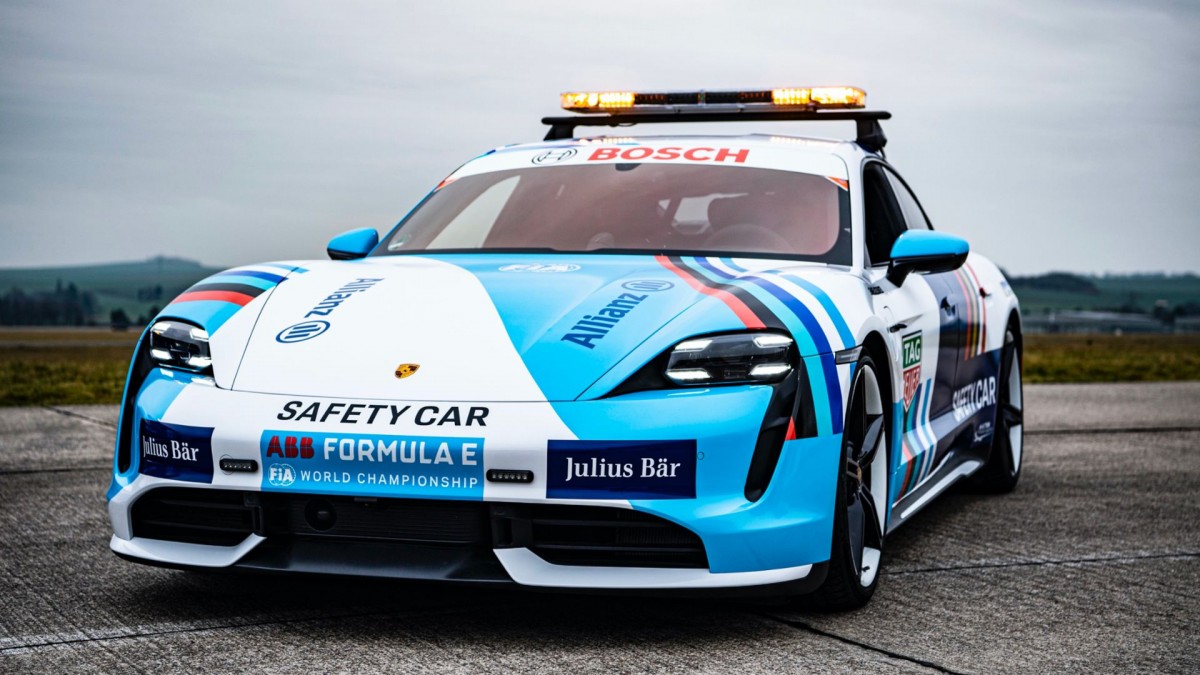 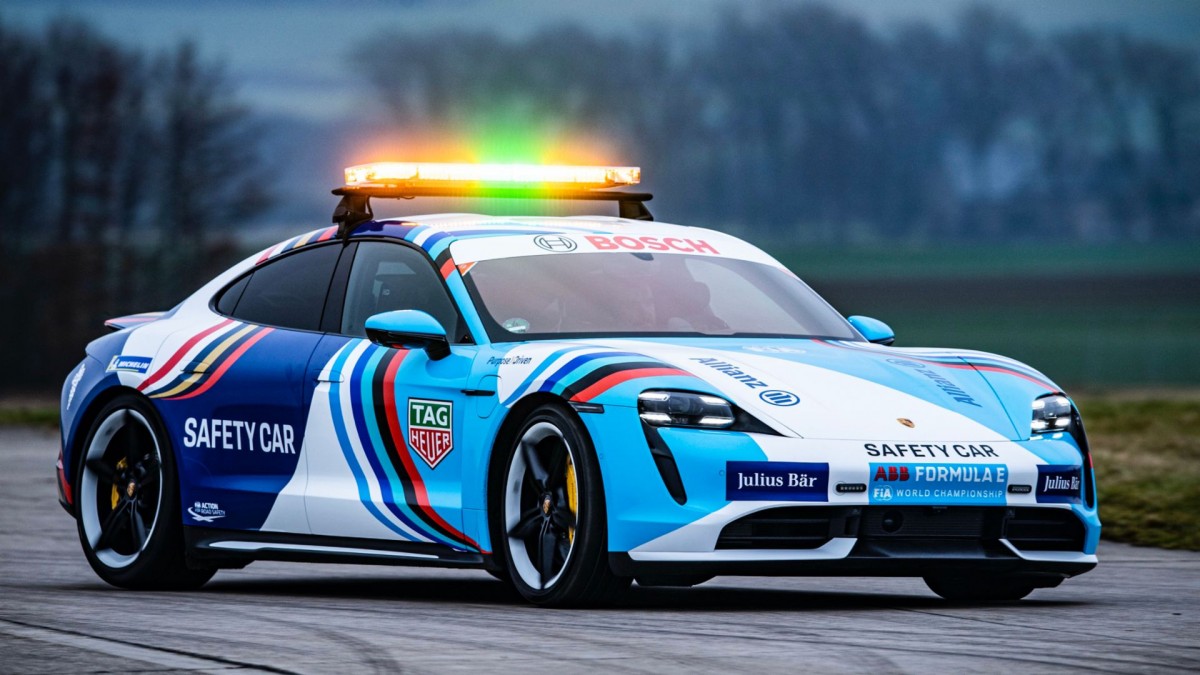 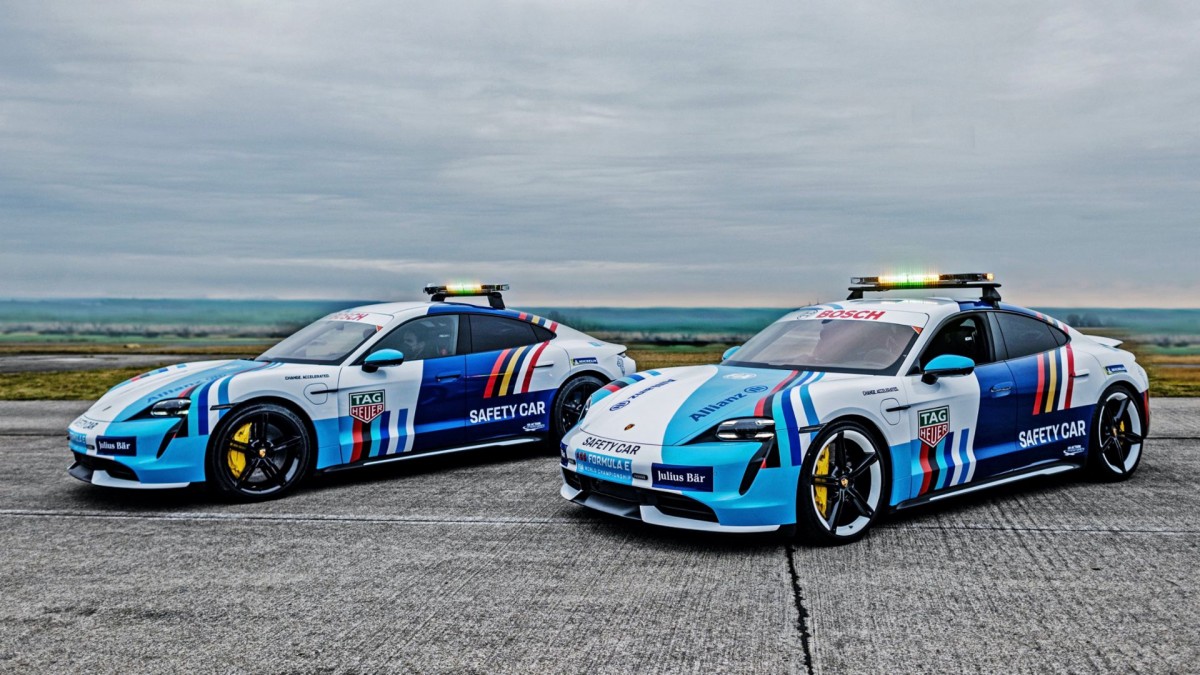 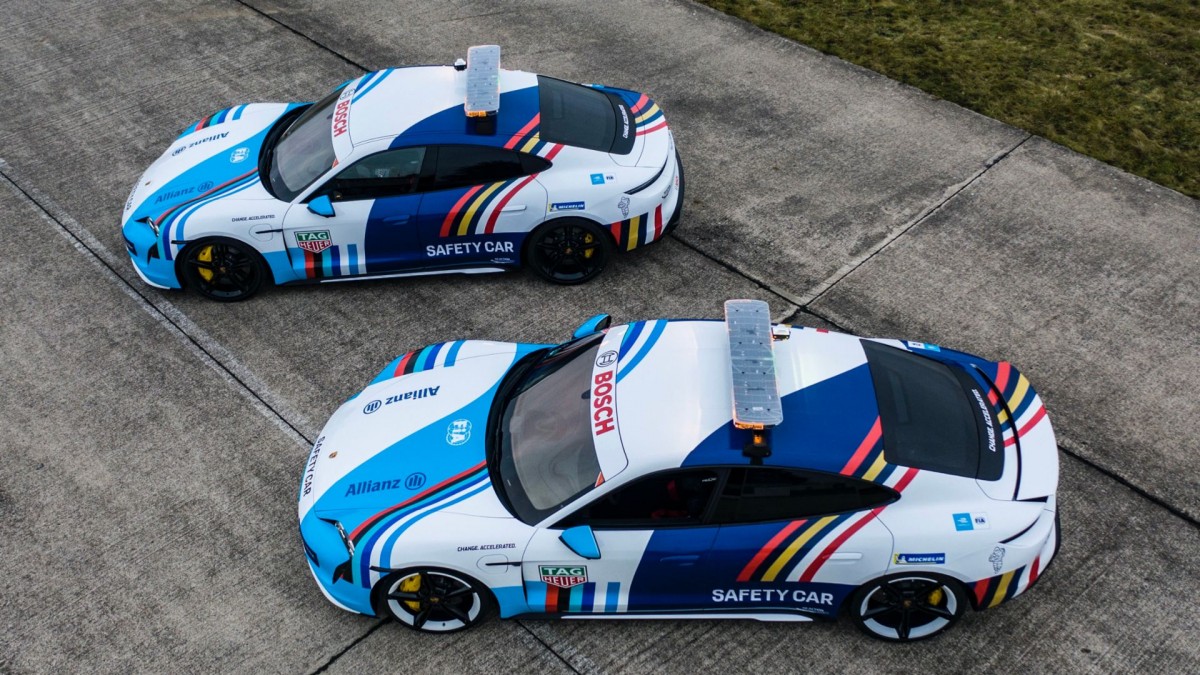 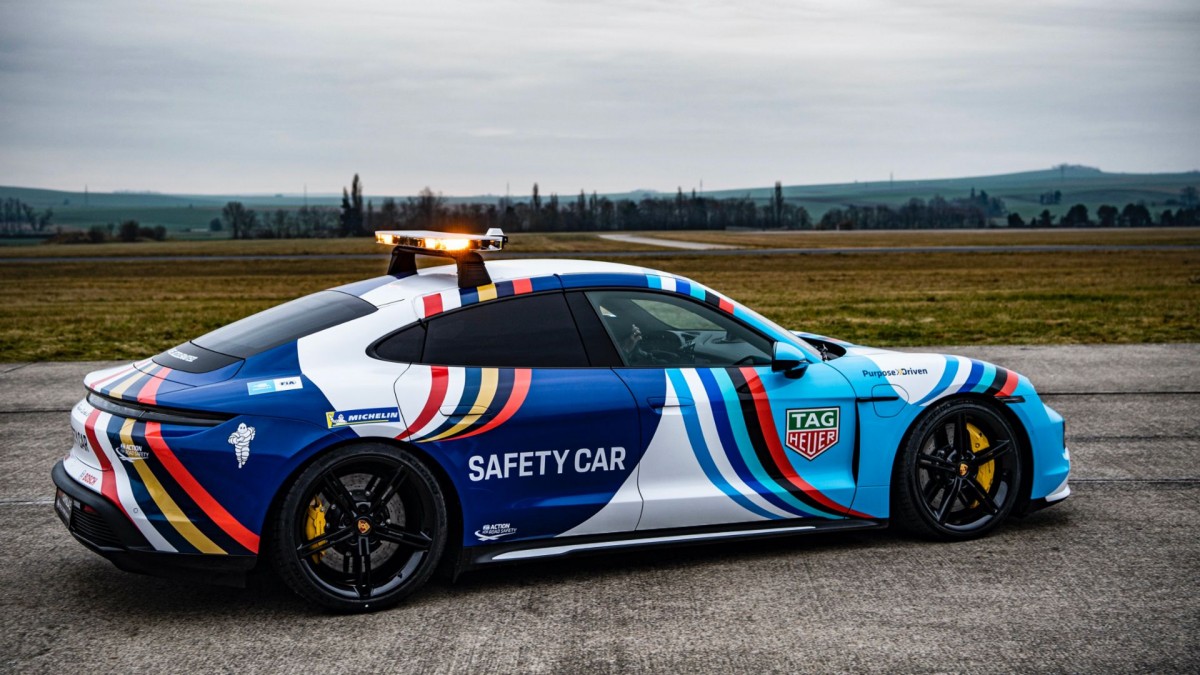 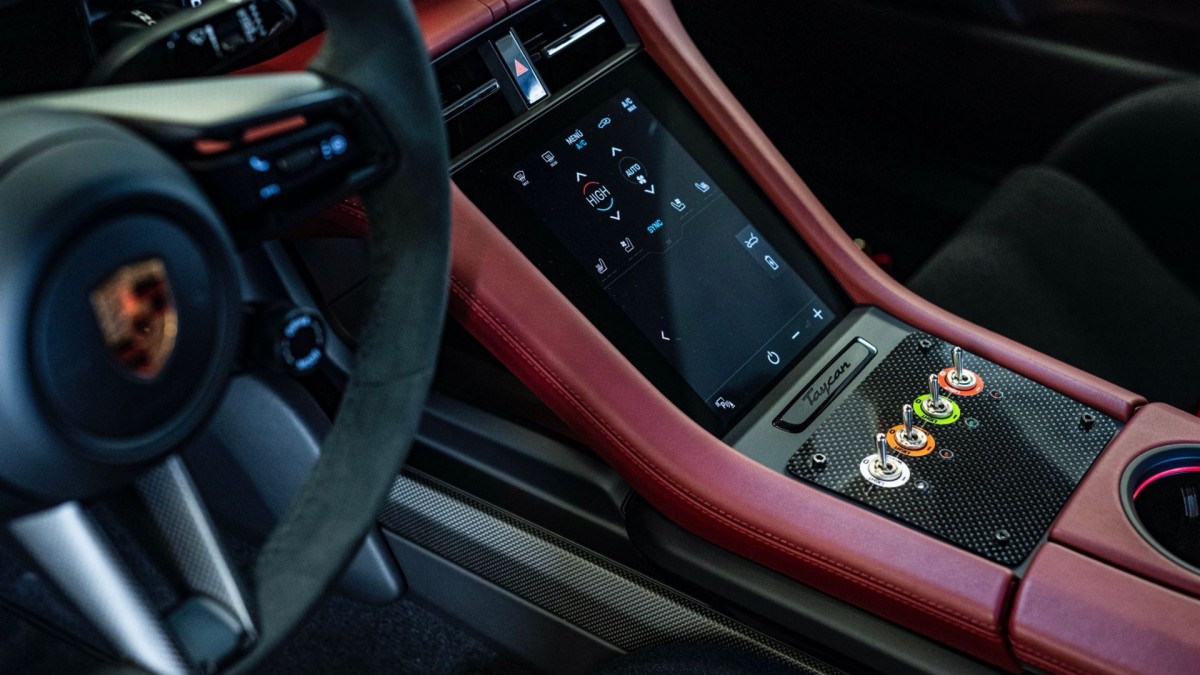 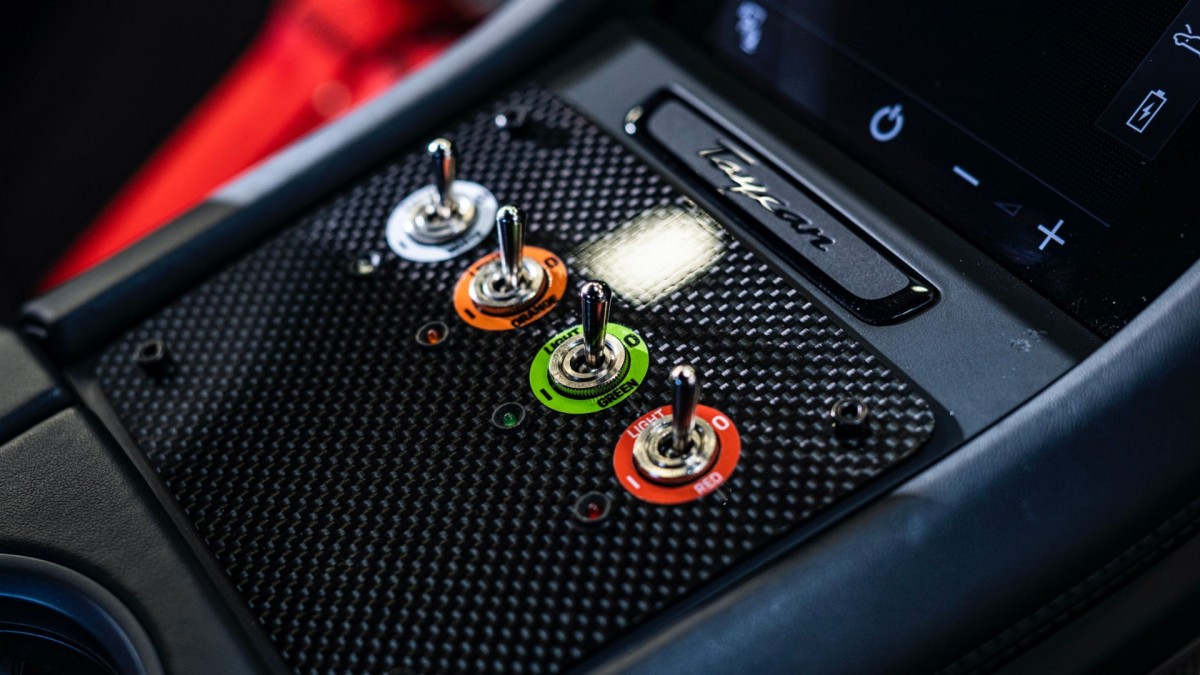