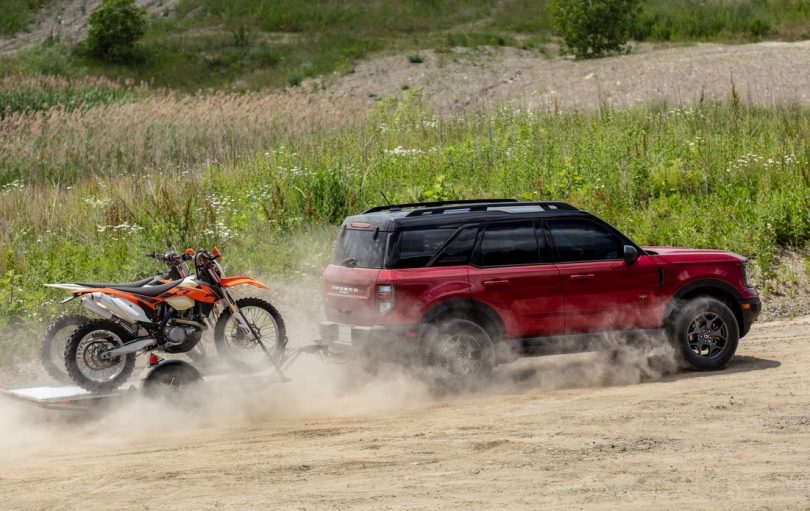 Last year, Mumbai-headquartered Mahindra and Michigan-based Ford Motor Company formed a strategic alliance. Under the alliance, Ford will hand over its operations in India to Mahindra including its Sanand and Chennai manufacturing facilities. Operations were expected to begin from mid-2020 but COVID-19 pandemic could be a factor for delays. Nevertheless, sources report that Ford’s new line-up of SUVs from the Ford-Mahindra joint venture will be designed by Mahindra-owned Italian design house Pininfarina. Pininfarina is a well-known design firm and coachbuilder and the upcoming Ford SUVs are expected to come with a new design identity.

The first-in-line for India is a C-SUV with the codename ‘CX757’. This upcoming Ford SUV is likely to be based on the next-generation XUV500. Mahindra’s next-generation XUV500 will share both, the underpinnings and the powertrain with the Ford C-SUV. The Ford SUV is expected to be introduced after the launch of the Mahindra XUV500 which is scheduled for next year. The Mahindra XUV500 is likely to be powered by a mHawk 2.2-litre diesel and a 2.0-litre turbo-petrol engine from the mStallion engine family. The Ford CX757 is likely to be powered by these engines as well. The new Ford C-SUV will rival the Tata Harrier in the Indian market, in terms of price and this also gives us a reference of the size to expect.

Following the C-SUV will be a smaller 4300mm length B-SUV from Ford codenamed ‘BX745’. The B segment SUV is likely to be based on what could be an extended version of the XUV300, and is also expected to be designed by Pininfarina. The BX745 is likely to be unveiled in the second half of 2022 and share the powertrain with its Mahindra counterpart. The powertrain is likely to be a 1.5-litre TGDi (turbo-petrol) from Mahindra mStallion family and a 1.5-litre diesel as well. The smaller B segment SUV will lock horns with the segment challengers the Hyundai Creta, the Kia Seltos and the Nissan Kicks.

The last in the Ford-Mahindra line-up is the next-generation Ford EcoSport, the current model of which is coming to the end of its life cycle. The brand was expected to launch the all-new EcoSport at the start of 2021 but disruptions in the supply chain due to the COVID pandemic has likely delayed its arrival. The next-generation EcoSport is codenamed ‘BX744’ and is currently under development and is also likely to get the design inputs for Pininfarina. The next-generation EcoSport is expected to be powered by the Mahindra XUV300’s 1.2-litre TGDi (turbo-petrol) engine along with a diesel engine option as well. 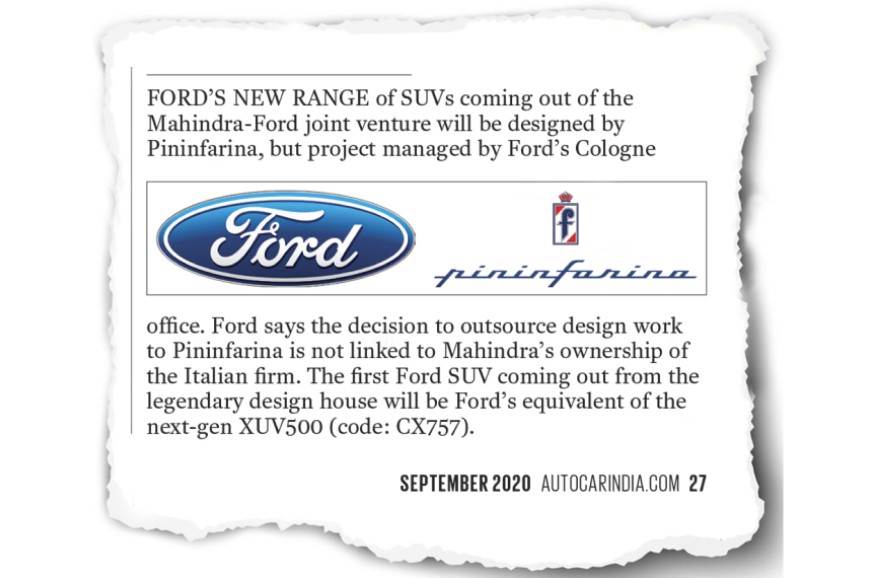