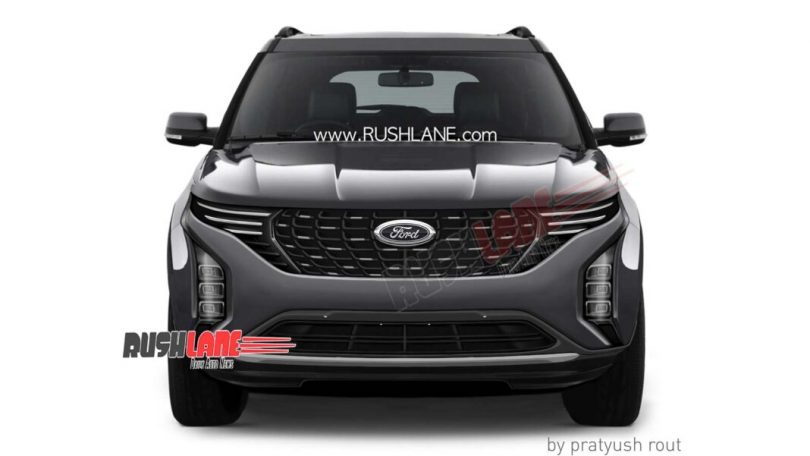 Automobile industry’s two major player’s Mahindra and Ford joined hands in the recent past to develop new vehicles for the Indian market. The first Ford product to be launched as a result of the joint venture is speculated to be a Ford SUV codenamed CX757. The Ford SUV is speculated to be underpinned by the next generation Mahindra XUV500 but is expected to come with its own unique top hat.

The evidence is from a spied picture that recently emerged on the internet giving us a glimpse of the front fascia of the Ford SUV, at least partially, while it was being transported to an unknown location. Now, speculative renders based on the spied image have emerged on the internet which venture into the complete front fascia of the Ford SUV and show us how it could look when the SUV makes its debut in the Indian market.

The newly rendered images show a studded radiator grille with chrome accents, a large ‘Ford’ logo in the centre, raised bonnet ridges, triple LED daytime running lights, vertically positioned cubed LED headlamps that flank the X-shaped bumper a wide air dam with a splitter effect and muscular wheel arches. While the rear has been spied and it is difficult to hypothesize any further, the Ford SUV is expected to have a completely different rear end as well, which does not correspond to the Mahindra sibling.

The interiors of the car is expected to features all the bells and whistles that the Mahindra XUV500 is expected to offer. While the interior features of the Ford are still unknown, the interiors of the new-generation XUV500 have been spied on more than one occasion and the SUV is expected to come with a twin-screen dashboard with one half for the infotainment system and another half for the driver’s instruments. The Ford SUV may or may not come with the same design but is likely to be offered with other premium features such as dual zone climate control, leatherette seats, control mounted steering and large touchscreen infotainment with connected features, etc. 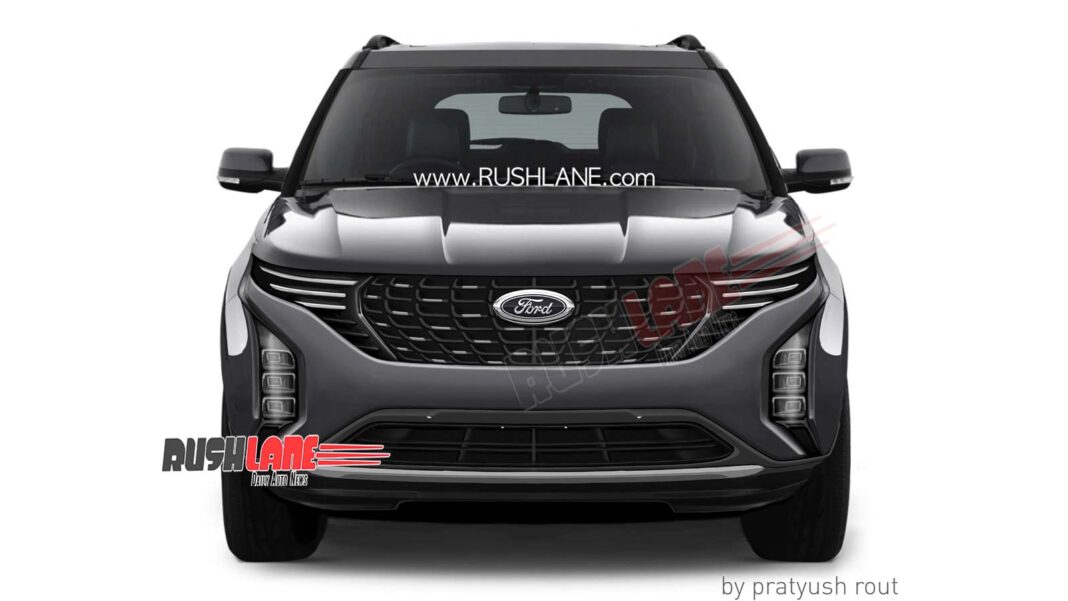