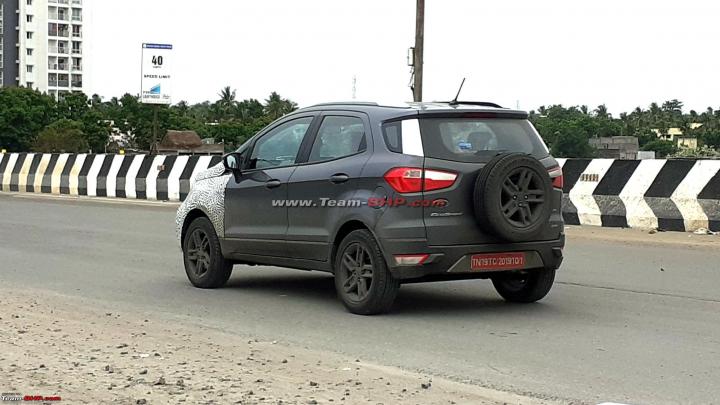 Ford is planning to launch another facelift on the popular EcoSport compact SUV. Images of the test mule have emerged on the internet that shows the new facelift will have only minor changes to the exteriors. Images of the interiors are scarce but expect changes to be minimal on the inside. The brand is likely to update the infotainments and upholstery on the facelift model.

According to the spy shots, the Ford EcoSport facelift will come with a new front bumper. The front bumper of the EcoSport features L-shaped daytime running lights. The current model features headlamp integrated DRLs. Other changes visible in the pictures appear to the fog light housing. But at this point, it is difficult to see if any changes have been made to the grille mesh. On the rear, the EcoSport appears similar to the current model, and Ford could add another taillight or a red reflector above the taillamp cluster.

The facelift model is likely to come with the same BS6 compliant engines offered on the current models. Powering the Ford EcoSport is a 1.5-litre three-cylinder petrol engine. This engine makes 122 PS of power and 149 Nm of torque. The petrol engine comes with a 5-speed manual and a 6-speed automatic gearbox. Another option is a 1.5-litre four-cylinder turbo-diesel engine. The oil motor produces 100 PS of power and 215 Nm of torque. In the diesel guise, Ford only offers a 5-speed manual gearbox. The brand does not offer an automatic gearbox on the diesel-powered EcoSport.

Recently Ford launched the EcoSport SE model in the Indian market with a starting price tag of INR 10.49 lakh ex-showroom. The Ford EcoSport SE features a new Euro-design and therefore comes without a tailgate-mounted spare wheel. Since the car now loses the spare wheel, Ford has equipped the EcoSport SE with an easy-to-use puncture kit. 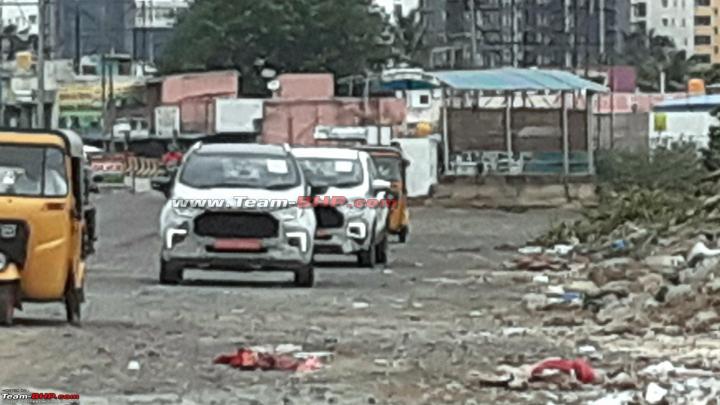