Ford EcoSport, probably the most known Ford nameplate in India, its existence in India finally comes to an end. Yesterday, Ford rolled out the last unit of the SUV from its manufacturing facility in Chennai. This particular unit was an export unit for the overseas markets. Last year, Ford announced its exit plans from the Indian market. This came as a shocker to the entire Indian automobile fraternity. But, logically speaking, the move actually made sense for Ford.

The company stopped production of new cars very soon after its announcement. This led to the closure of Ford’s Sanand manufacturing facility. The Chennai plant, operational till now, was responsible for producing cars and engines for the export markets. Ford has not made any official statements regarding their return to India. In fact, Tata Motors has already acquired Ford’s Sanand manufacturing facility. Furthermore, the Chennai facility will also be soon put up for sale.

This was one of the early compact SUV models in India. Many dubbed the Ecosport as the car that created this segment, which is currently in its hottest state. EcoSport’s sales volume says a lot about its competency and that it was a great overall package. Good peppy engine, excellent drivability along with a host of features as per the standard made Ford EcoSport the perfect choice amongst its competition.

The most recent update of the SUV saw the removal of the spare tyre fixed on the tailgate. We saw the SUV for the very first time at the 2012 Auto Expo. And ever since, Ford has kept on giving it minor updates at regular intervals. The demand for the EcoSport pretty much set the trend for Ford India’s sales volume. 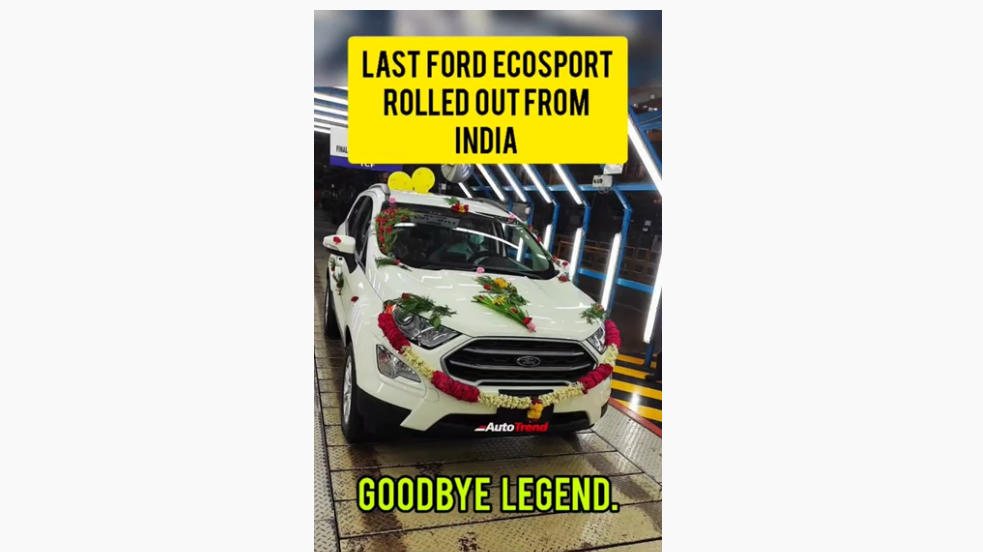