Force’s rival for the Mahindra Thar is here. The company recently released a teaser video that showcased minor details of the Gurkha. As per plans, the SUV will get both 3-door and 5-door versions. Though, most likely, the 3-door version will go on sale first. The new Gurkha was first unveiled at the Indian Auto Expo 2020. The launch was much anticipated, but the outbreak of Covid-19 delayed the plan. With the Gurkha hitting the roads, Mahindra Thar will indeed feel the hit. We have had multiple spy shots of test mules of Gurkha. And now it seems the Force is almost ready with the production spec.

The overall silhouette remains pretty much identical to its predecessor. The rugged iconic exterior appeal that is also one of the main USPs of the SUV is retained as well. In the upcoming model, the SUV gets a new front grille neatly integrated with retro-round shaped headlamps with circular LED DRLs.

The front bumper is also new, with updated fog lamp housing. The thick body cladding enhances the SUVish like look and gives a much aggressive stance. The 16-inch alloys have comprehensive profile tyres that enhance the SUV’s off-roading ability. In the rear profile, the SUV now has updated tail lamps and bumpers. The trademark snorkel perfectly completes the exterior shape. Other highlighting features include a tailgate-mounted spare wheel and a heavy-duty roof carrier. The interiors now get a touchscreen infotainment system with Andriod Auto and Apple car play connectivity.

The Gurkha continues to get the 2.6-litre diesel engine that makes 89 BHP of power and 260 Nm of torque. The equipped gearbox is a 5-speed manual unit. There’s a chance that Force could include a more powerful 2.2-litre engine that used to come in its BS4 iteration. And this engine could also get 4WD capabilities along with a low-range transfer case and manual differential locks. 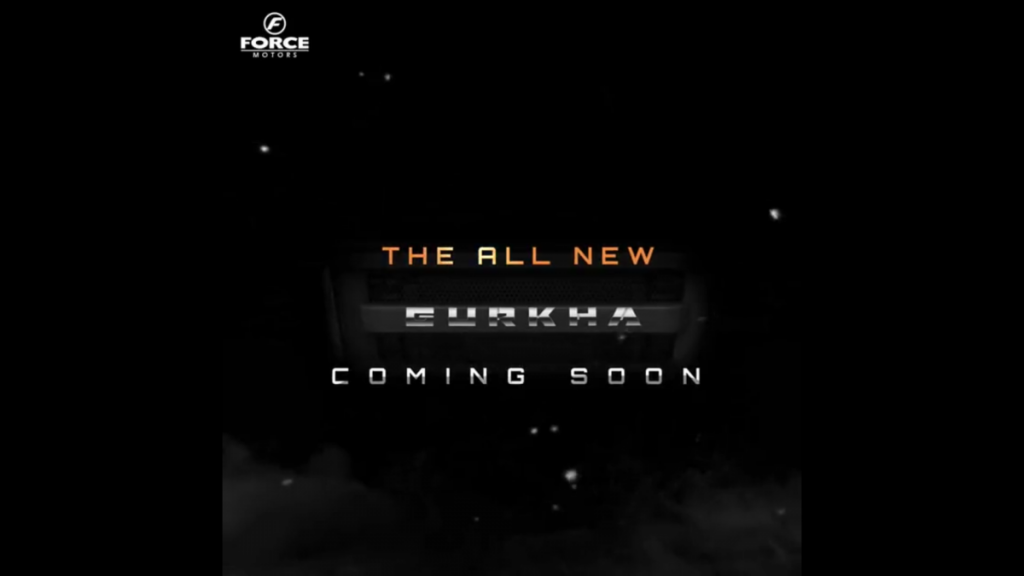