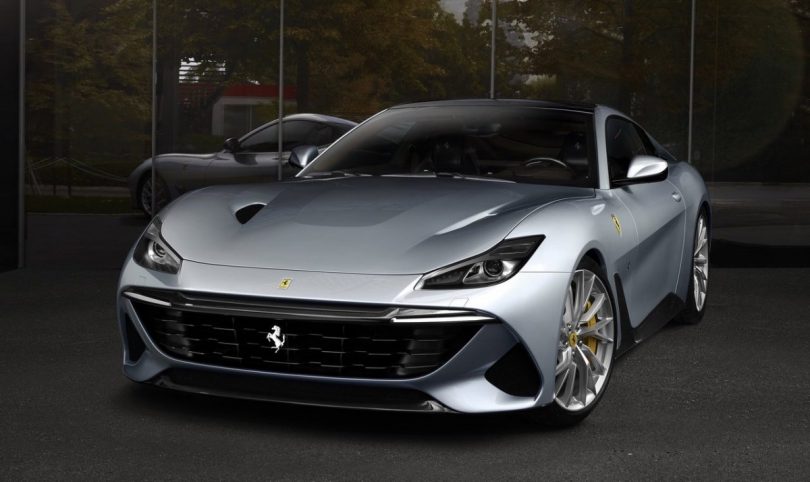 Italian supercar manufacturer Ferrari has unveiled its latest addition to the one-off Prancing Horse series known as the BR20. With its rich heritage, the automaker from Maranello has always crafted exclusive, unique, and bespoke cars upon a client’s request. The BR20 is a two-seater coupe developed on the GTC4Lusso platform with different styling to fulfil such individual requirements. The BR20’s philosophy references the Ferrari coupe’s of the 1950s and 60s along with elegant yet muscular styling themes.

The design of the BR20 has been inspired by iconic Ferrari’s such as the 410 SA and 500 Superfast. Ferrari has removed the two rear seats from the GTC4Lusso to make the fastback design even more dynamic. Thanks to a special rear overhang, the BR20 is 3 inches longer than the GTC4Lusso that it’s based on. Ferrari’s design team, led by Flavio Manzoni, has radically modified the cabin volume and created unique proportions.

The new cabin showcases dual arches running lengthwise from the A-pillar to the rear spoiler to create a coherent exterior design. The BR20 now features an aerodynamic air channel thanks to the rear volume of the arch being hollowed out. Therefore, concealing the newly created air outlet is the black rear fascia under the spoiler. Using its signature ‘Prancing Horse’ styling, Ferrari has retained and modernized its “flying buttress” theme as part of its tradition.

Ferrari has mimicked this design theme on its other prior supercars like the 599 GTB Fiorano. On the BR20, the black-painted roof visually connects the windscreen to the rear screen to lighten the cabin. This styling detail appears above the surface of the rear tailgate channelling the air through it. At the rear, the BR20 features a new muscular bumper along with twin taillights and tailpipes.

Ferrari has lowered the exhausts to fit in with the aerodynamic diffuser with active flaps under the body. Since the BR20 is a custom-made supercar, Ferrari has designed and utilized exclusive twin exhaust tips. Finishing the BR20’s exterior design is the carbon fibre detailing used on the front air vents and the lower flank section.

The BR20’s front grille features carbon fibre with unique chrome inserts and new horizontal slats for a three-dimensional design. Thanks to lowered modified headlights with slimmer DRLs, the BR20’s bonnet appears longer and sleeker compared to the GTC4Lusso. Additionally, the final bespoke exterior piece of the BR20 is the 20-inch tone-on-tone diamond-finish wheels.

Ferrari has used two shades of brown leather and carbon fibre for the bespoke interior based on the client’s request. The seats feature dark brown Heritage Testa di Moro leather with an exclusive front pattern and silver cross-stitching. To create an airy and light interior cabin, Ferrari has ensured to retain the cabin volume by not interrupting the space between the windscreen and rear luggage compartment. The rear bench, luggage deck, and door handles of the BR20 feature bespoke Oak trim with carbon-fibre inserts. According to Ferrari, the BR20’s client deeply involved himself in the creation process.

This program enabled the BR20 to utilize and pay homage to the unique art of coachbuilding for its design. Ferrari has used this program to create “One-Off” cars for their long-standing special clients based on their requirements. The origin of each project takes place via an idea suggested by the client in collaboration with Ferrari’s design team.

The Styling Center defines the car’s proportions and forms, confirms the design blueprints, and creates a styling buck. Once the manufacturing process for the ‘One-Off’ car begins, the process takes over a year with the client closely involved. The resulting car showcases identical levels of engineering and effort used in Ferrari’s other production-based cars.

Also Read: Jaguar’s special E-Pace SUV, what does it get? 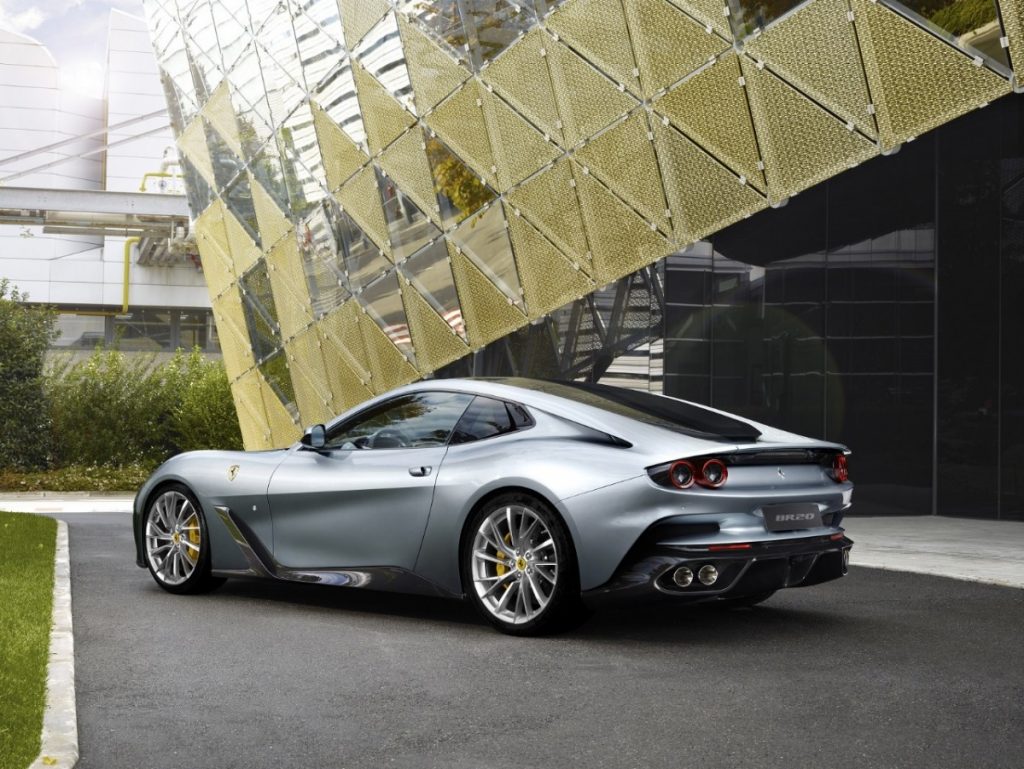 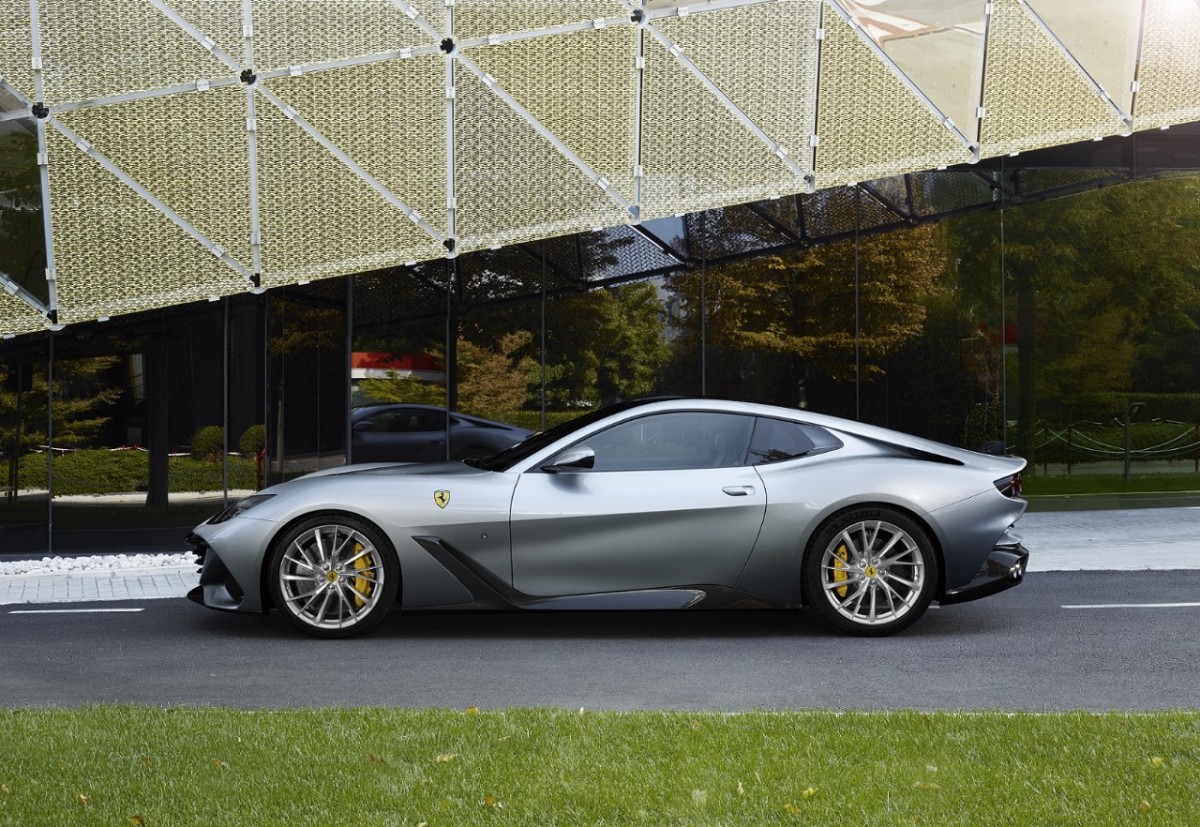 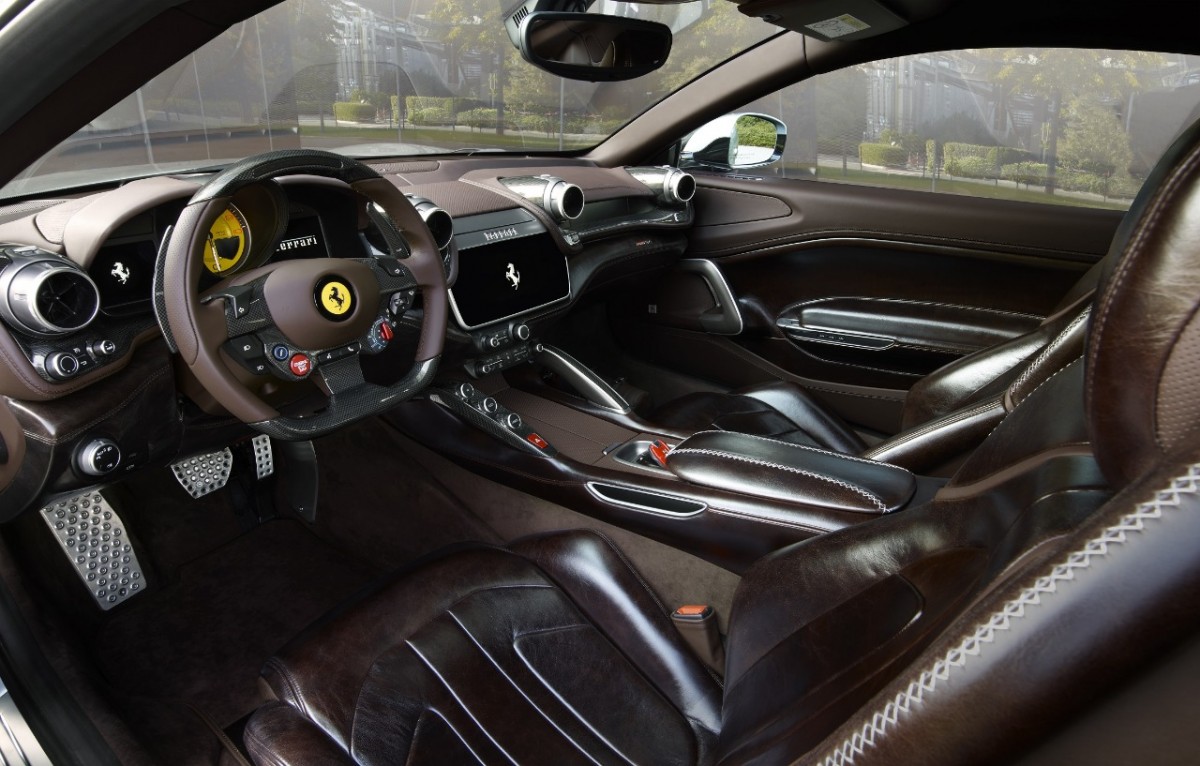