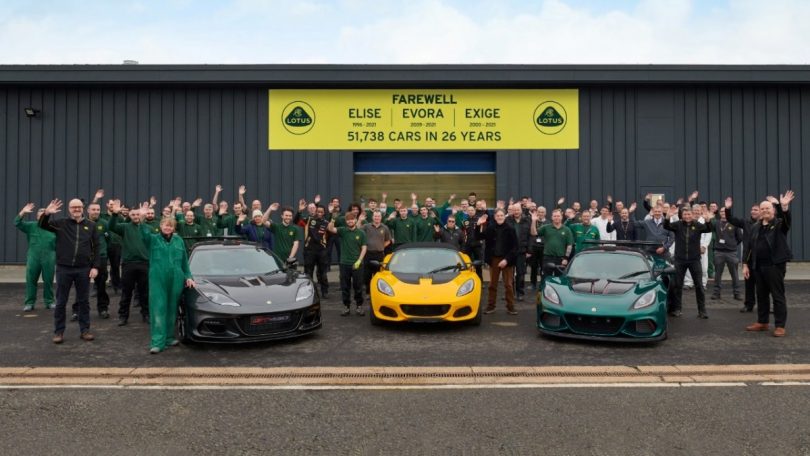 Renowned British automotive manufacturer Lotus has announced the end of production for its 3 popular models- Elise, Evora, and Exige. The automaker has stated that it will keep the final three production versions of each car at Lotus’ Heritage Collection. Currently, Lotus has produced 35,124 units of the Elise, 10,497 units of the Exige, and 6,117 Evora’s. In total, Lotus has produced 51,738 units which account for half of its total production since 1995.

Lotus first debuted the production-ready Elise in 1996, the Exige in 2000, and the Evora in 2009. Over the years, Lotus achieved massive success and garnered attention, with these three cars being the best-sellers for the brand. The Elise, Exige, and Evora showcased high amounts of agility and handling thanks to their low weight and a short wheelbase. All three cars used a mid-mounted, Toyota-derived supercharged engine in different capacities for each car which delivered 250-436 PS.

The automaker has stated that it will now focus its attention on upcoming models like the Emira, Evija, and Type 132. The Emira will be Lotus’ all-new ICE-powered sports car with a mid-engined layout to succeed the Elise, Exige, and Evora. Meanwhile, the Evija will be the brand’s fully-electric hypercar, and the Type 132 will be a fully-electric SUV. According to sources, Lotus will unveil the Type 132 and Evija globally in mid-2022.

As mentioned previously, Lotus announced their new sports car, the Emira, at the Goodwood Festival of Speed in July 2021. The new car competes with the Alpine A110 and the Porsche 718 Cayman and weighs in at 1,405 Kg. The Emira acts as the spiritual successor to the Elise, Exige, and Evora and continues the brand’s focus on handling. Lotus will offer the Emira with two engine options- a 3.5-litre, in-house built, V6 and an AMG-sourced, 2.0-liter, four-cylinder. 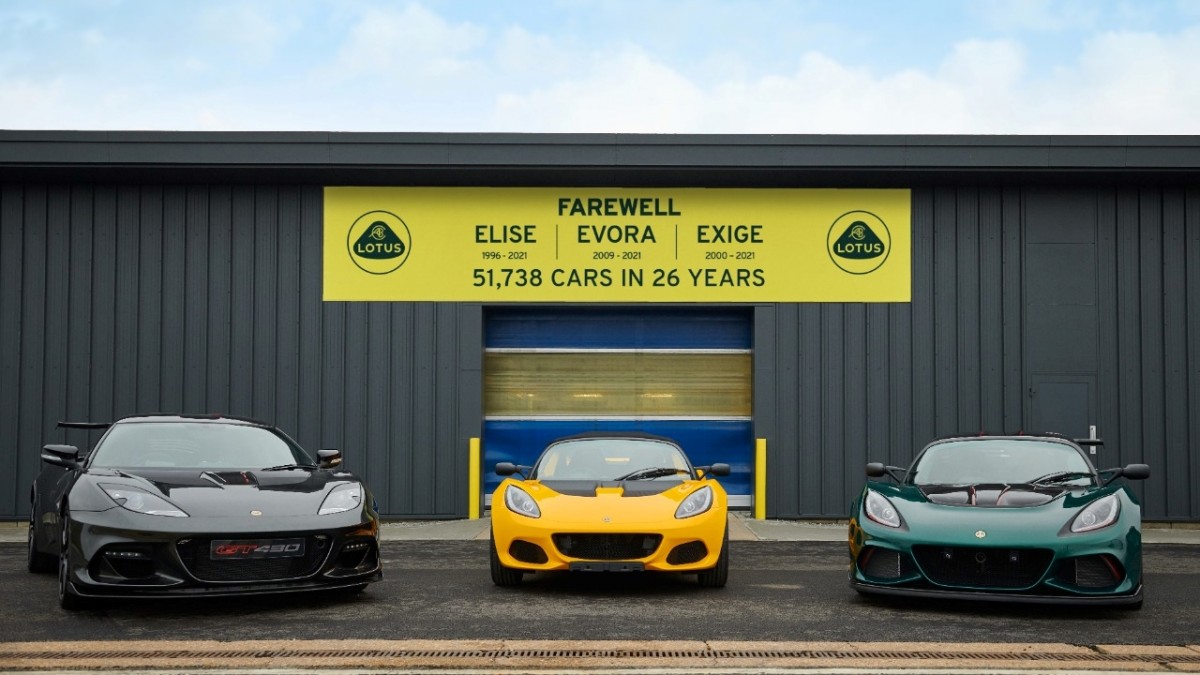 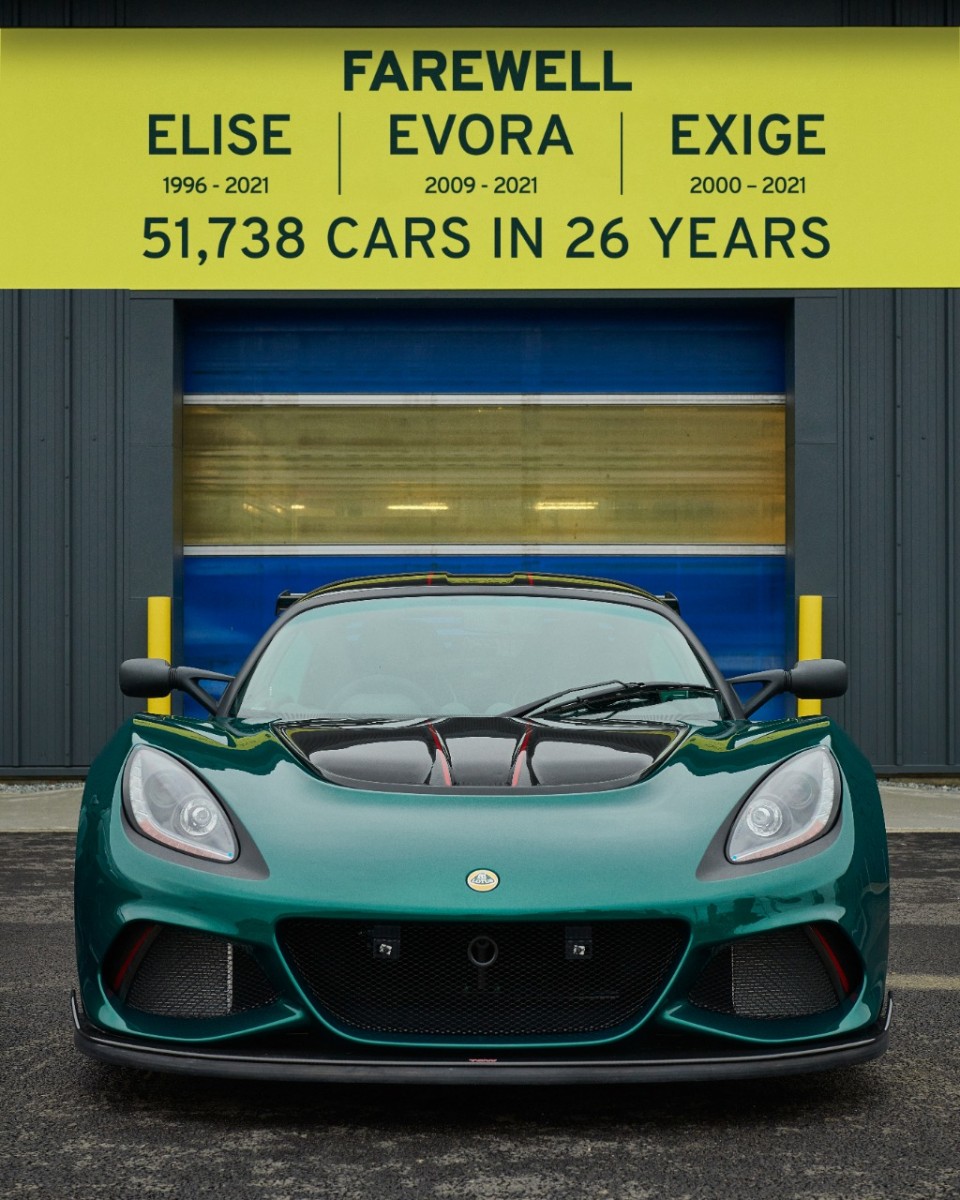 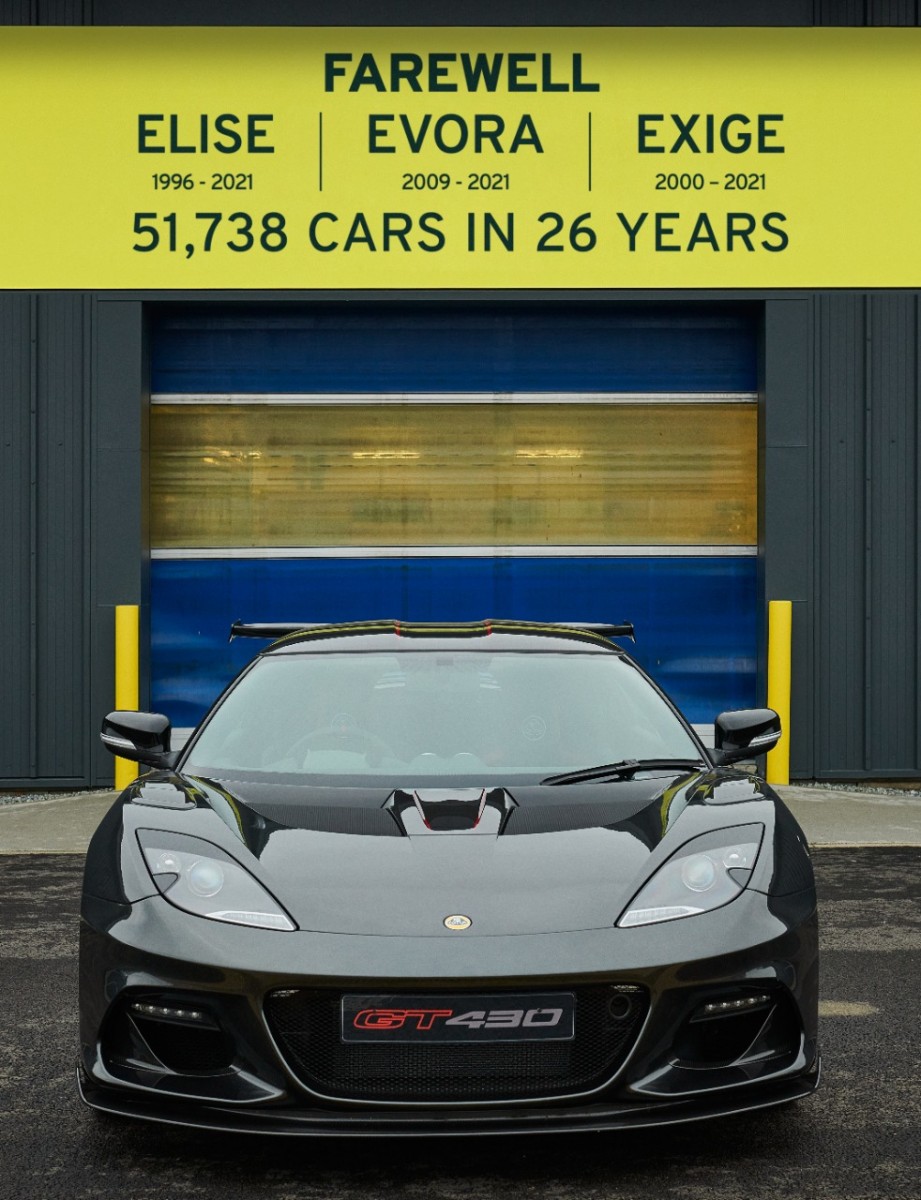 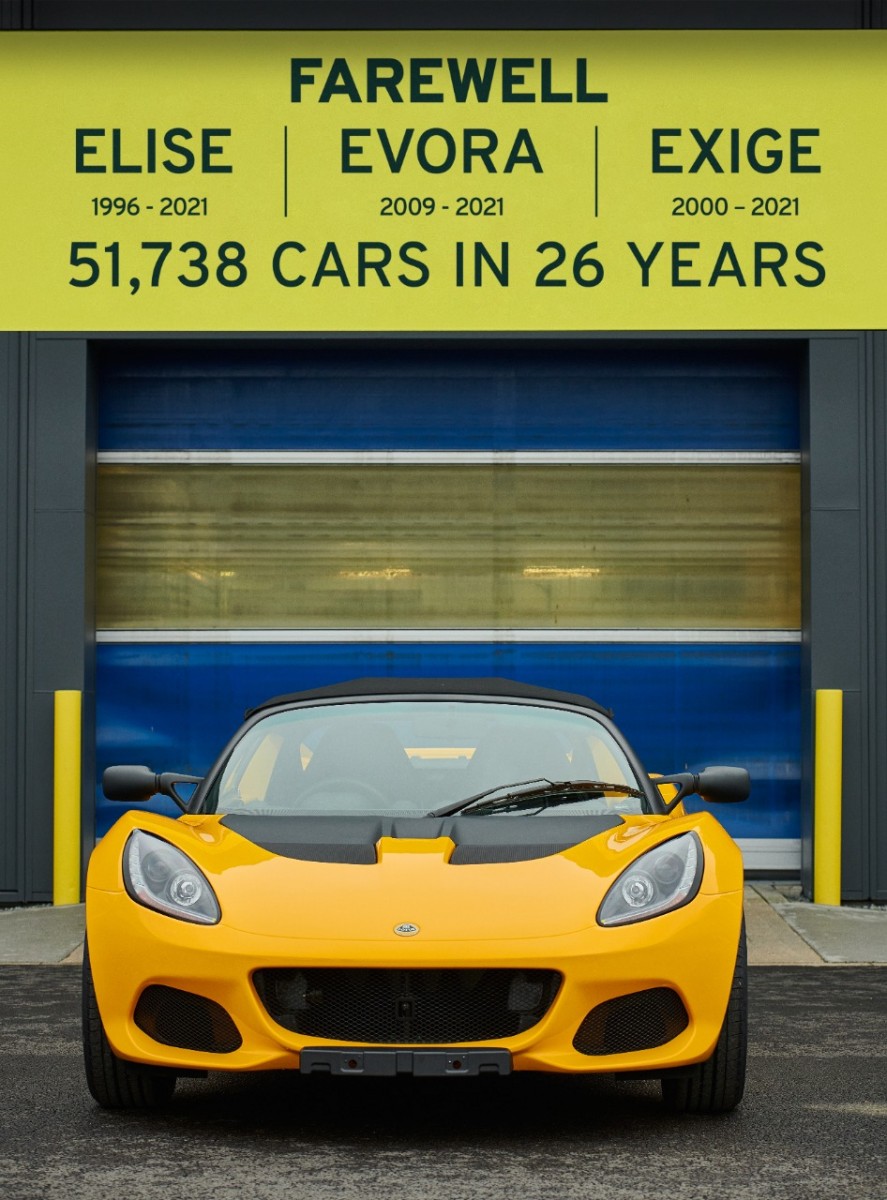