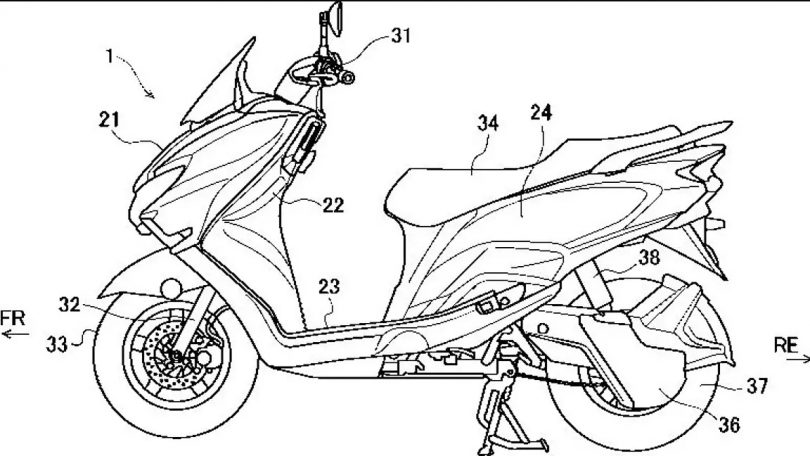 Suzuki India has been testing the electric version of the Burgman Street for quite a while now. Even though we know a few details of Suzuki’s first EV in India, no one knew what was underneath the body panels until now. We now have leaked patent drawings of the electric Suzuki Burgman Street, which gives us a better look at its powertrain.

According to the new patent leaks, the Burgman’s electric version will continue to use the same frame as the conventional scooter. However, there will be few drastic changes to adopt the EV powertrain. From what we can see, Suzuki will place the AC motor pretty forward in the frame, just below the seat. Meanwhile, the inside of the floorboard will get a smartly placed AC-DC converter.

Apart from the spacious floorboard and comfortable ergonomics, the Burgman is known for its under-seat storage. However, the new electric Burgman Street will be a step back. The electric Burgman Street will have no under-seat storage space. This is because there will be a battery there instead. However, sources suggest that the electric Burgman’s battery could be the largest in the segment. Hence, it will compromise on boot space but offer a longer riding range on a single charge. Furthermore, Suzuki has also placed the DC-AC converter to the side of the battery pack to control the voltages.

Suzuki planned to launch the electric scooter by the end of this year. However, there are a number of reasons causing delays. According to rumours, Suzuki is improving the thermal management system of the scooter. When it does arrive, the Electric Burgman Street will be the Japanese brand’s first EV launch in India. 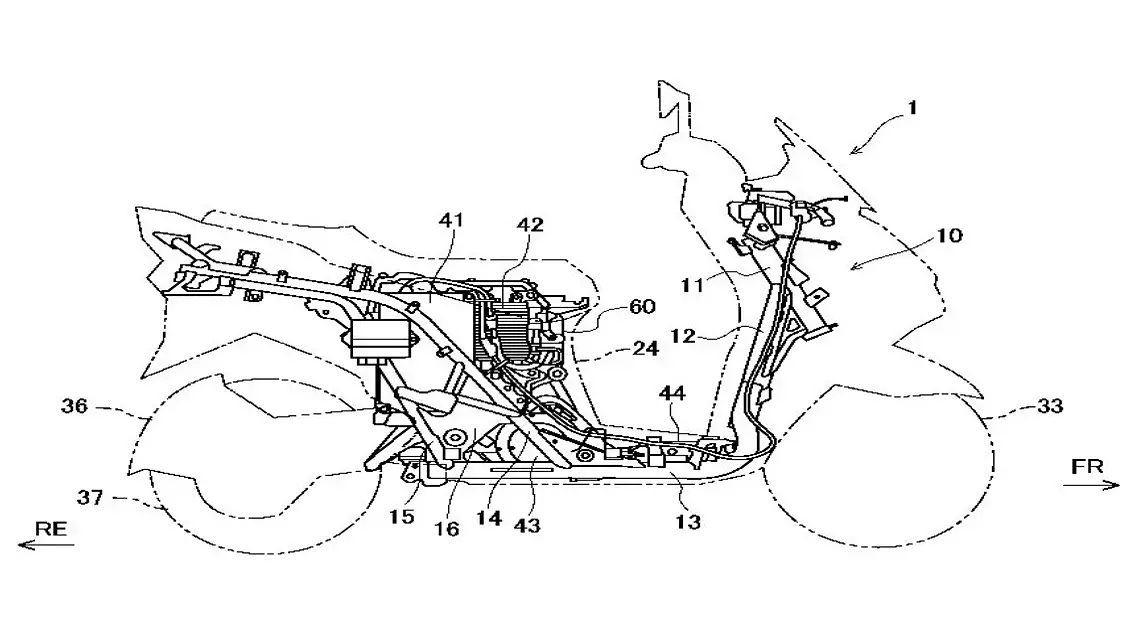