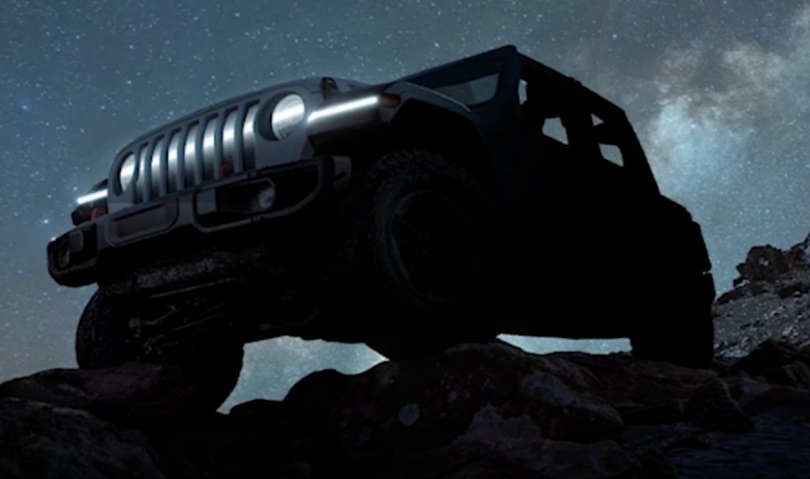 Jeep has sent out a teaser for the all-new Jeep Wrangler Electric SUV the concept study of which will make its debut at the Easter Jeep Safari in late March and April. The production-spec model of the all-electric SUV is likely to make an introduction towards the end of 2021 or early 2022. Along with the teaser of the front fascia, the brand has also given us a glimpse of the internal workings of the powertrain and the battery pack but as of now, technical specification details are scarce and Jeep could reveal the details when they showcase the concept.

But looking at the diagram from the teaser, the Wrangler Electric appears to come with a single front-mounted electric motor linked to a central transfer case which will take on the responsibility of running the vehicle in 4×4. The electric motor could only power the transfer case and in turn, the driver could choose if the vehicle gets the power to the rear wheels or all four wheels. The Wrangler EV is also likely to get three or more battery packs and the platform is still the classic body-on-ladder.

The new Wrangler Electric could get Blue accents on exterior parts to differentiate the vehicle from the standard. The brand is already using such Blue accents on the Jeep Wrangler 4xe (Pronounced: Four-By-E) a plug-in hybrid SUV, and similar Blue accented Tow Hooks can be seen in the teaser image. But the front fascia could be propriety to the 100% electric wrangler and the EV could come with its own light signature which appears wider than standard in the rendered teaser. The grille is also likely to get some sort of internal illumination, which may only be part of the concept study and not the production model.

The all-electric vehicle will be part of the 2021 Easter Jeep Safari, where Jeep showcases its various concepts. 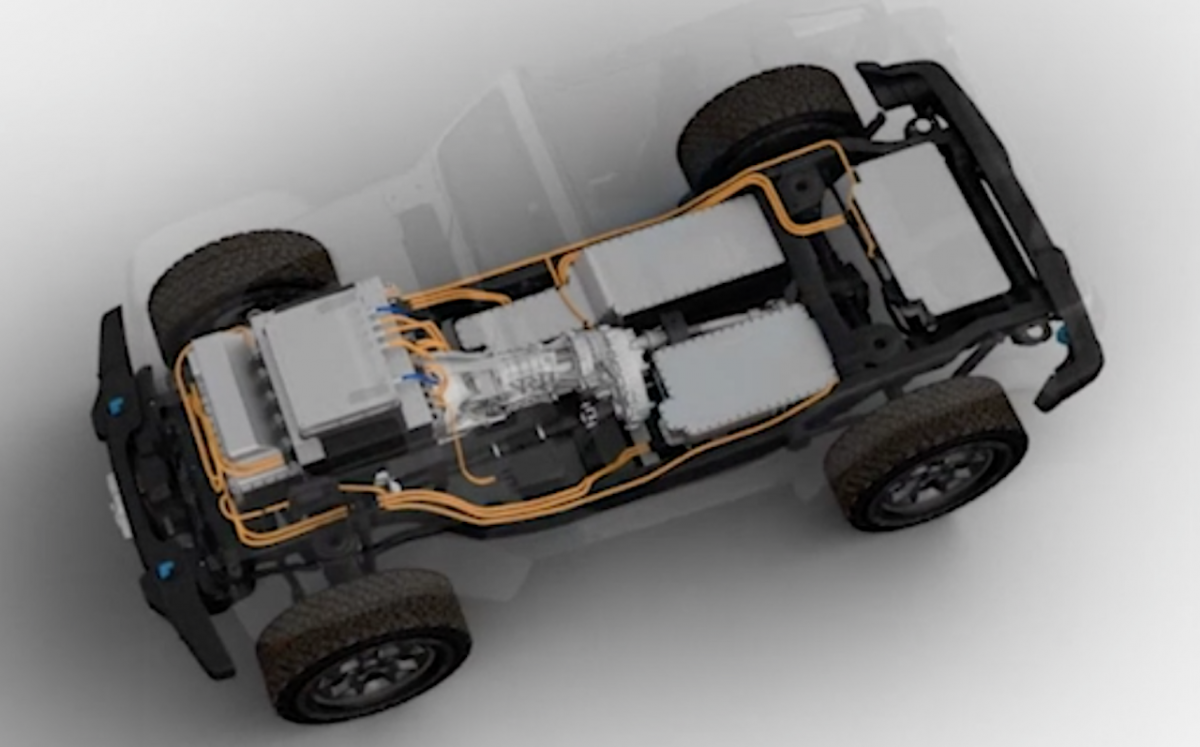 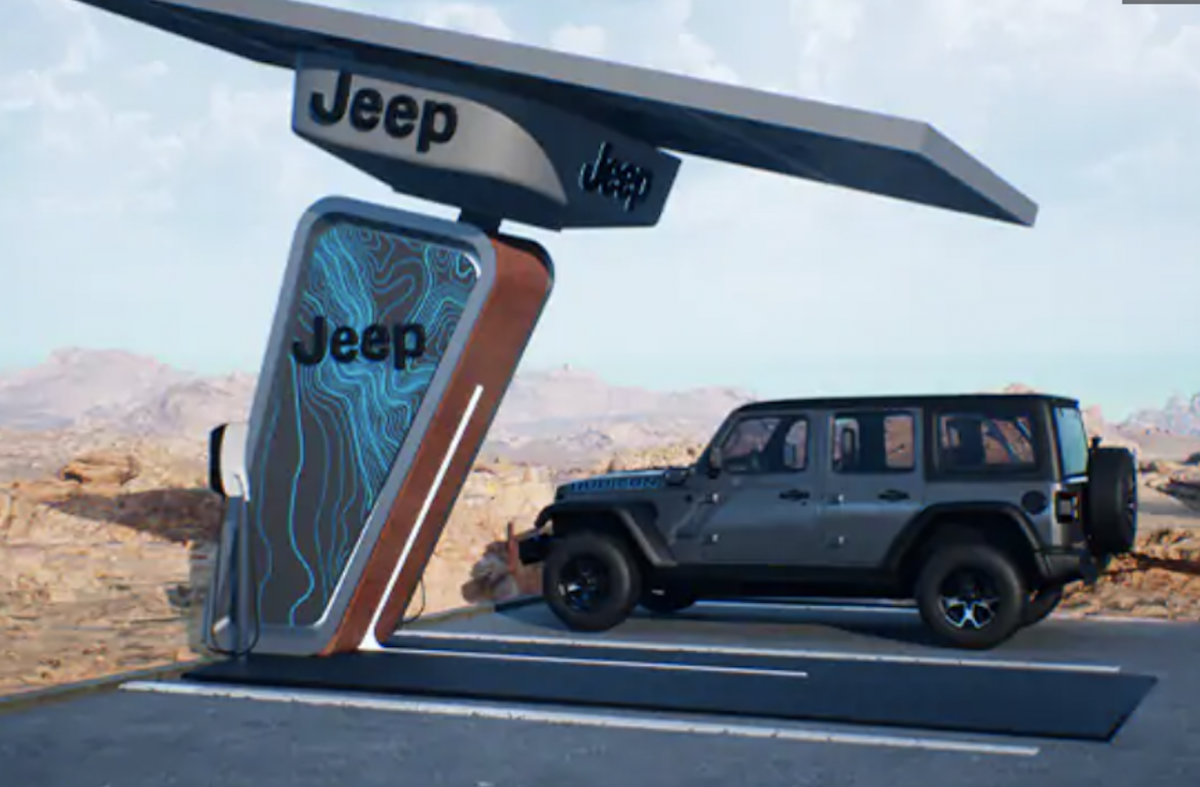