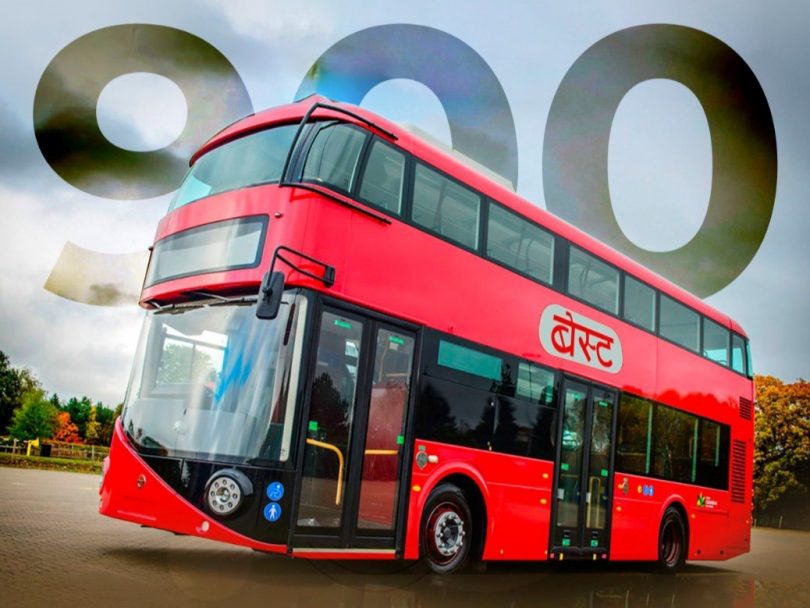 The Brihanmumbai Electricity Supply and Transport (BEST) will soon introduce the electric version of the iconic double-decker bus in Mumbai. Tourism and Environment Minister of Maharashtra, Aditya Thackrey, announced on Twitter that BEST would soon procure 900 electric double-decker buses. BEST also announced that it would lease the new double-decker buses for 12 years, adding to its ever-increasing electric fleet. This decision also falls in line with the Maharashtra Government’s allocation of INR 2,000 crore for its Clean Air Project.

The modern-day BEST undertaking provides Bus Transport within the city limits that include Navi Mumbai, Thane, and Mira-Bhayander areas. Its fleet consists of 3,377 buses, out of which 386 are electric and multiple buses that utilize CNG to reduce emissions. BEST has stated previously that it intends to deploy green energy electric buses by eventually phasing out ICE-powered buses. In November 2020, several citizens from Mumbai wished for the return of the iconic double-decker bus in an electric format.

Therefore, BEST placed orders for 100 new electric double-decker buses with power-operated doors and eventually raised it to 900. With this announcement, Aditya Thackrey also requested the civic chiefs of other cities to add the new double-decker electric buses. With an average passenger count of 2.9 million, BEST conducts 63,700 trips via 505 routes on a daily basis. The company manages 27 Depots, 51 Stations, and 112 Terminals, with the buses covering 6.2 lakh Km per day.

History of the Double-Decker Bus in Mumbai

BEST first introduced the double-decker bus in Mumbai in 1937, which closely resembled the red double-decker buses in London. However, these buses began vanishing from the city’s landscape due to a variety of factors such as emissions and size. Eventually, the fleet of double-decker buses reduced from 227 in April 2006 to 171 in 2008 and 134 by July 2009. 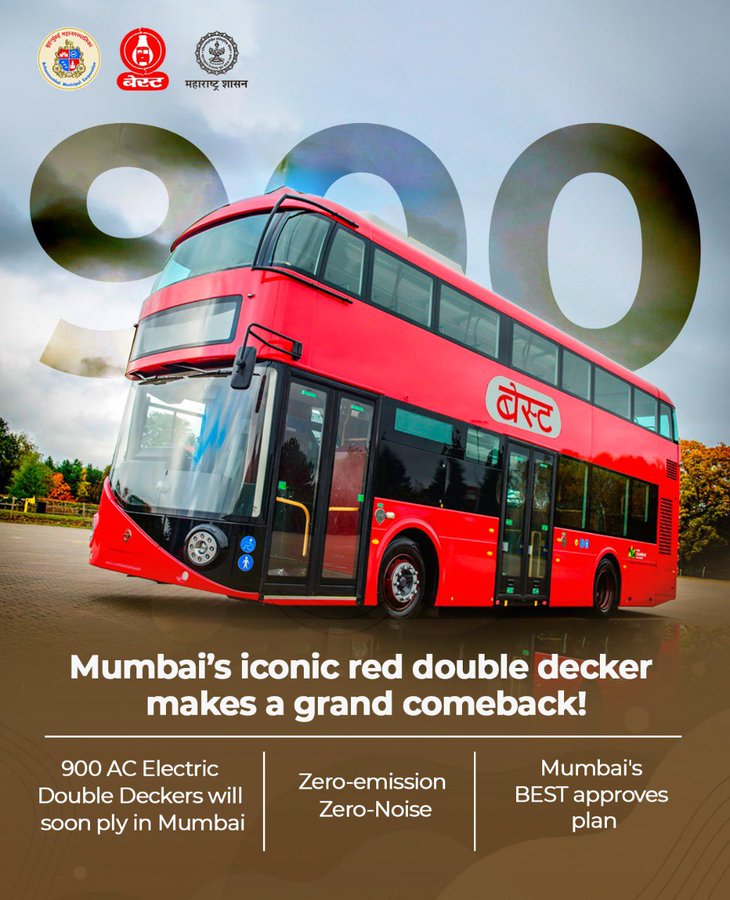