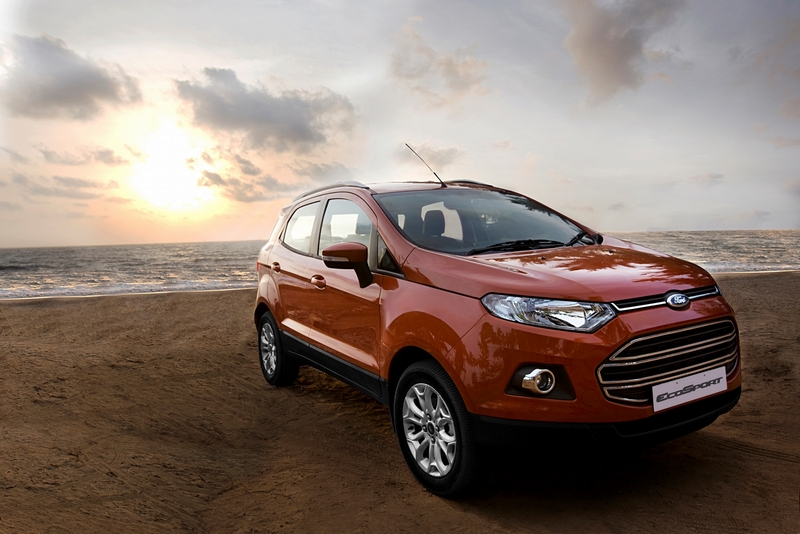 The Chennai-made Ford EcoSport SUV has crosses the 1,00,000 sales milestone. This figure is a domestic wholesale and exports figures combined. In India, there are more than 60,000 Ford EcoSports delivered.

The EcoSport is Ford’s most popular product at least in India, and now Ford has also revealed plans to cut down on the long waiting periods. Ford will soon introduce a third shift at their Chennai plant for improving availability of the compact SUV. Also, Ford wants to cash in on the festive season and wants to clear al backlog as soon as possible.

The EcoSport is exported to overseas markets such as South Africa, Taiwan, Australia and other European countries. Ford India plays a significant role of being an export hub for the EcoSport.

With revisions in pricing and omission of some features from the originally launched product, the EcoSport is still popular among Indian customers.