Following the news of the Ducati Multistrada V4’s start of production at the Ducati manufacturing facility in Borgo Panigale, the brand has now announced that the next generation Multistrada will be powered by a completely new V4 Granturismo engine. The new engine is said to be the beginning of a new era in Borgo Panigale’s history and boasts to be compact as well as light and designed to meet the needs of “adventouring”, at the same time retaining its sporty characteristics.

The V4 Grantourismo engine claims to be extremely compact, lightweight, high-performance and is a torque-rich motor built using first-in-class materials and latest-generation technology that ensures durability and reliability. The new V4 Grantourismo engine comes with a 60,000 km maintenance valves check interval, a new record-breaking maintenance interval in the two-wheeler industry.

Ducati has replaced the Desmodromic valve distribution and replaced it with a new distribution system that includes a spring valve return system. The spring valve return system stresses fewer components when compared to the Desmodromic system with great regularity of operation at low revs and low loads. The distribution system also consists of a part chain, part gear timing with dual overhead camshaft and 4 valves per cylinder combined with the state-of-the-art materials, treatments and technical solutions the company has set an outstanding milestone never set before by a motorcycle engine.

The V4 Granturismo engine features 1158cc of displacement 83 x 53,5 mm bore and stroke, arranged in a 90-degree Vee with four pots and a compression ratio of 14:1. The engine develops 170 Hp of power and 125 Nm of torque matched to a 6-speed gearbox with Ducati Quick Shift (DQS) Up & Down System and wet multi-plate anti-patter servo clutch. The engine also consists of a counter-rotating crankshaft with crank pins offset at 70-degrees and semi-dry-sump lubrication with three oil pumps – 1 delivery and 2 return.

The V4 Granturismo engine tips the scales at 66.7 kg which is 1.2 kg less than the Testastretta twin-cylinder motor used on the previous Multistrada 1260. Compared to the previous generation engine, the V4 Granturismo results 85mm shorter, 95mm lower and only 20mm wider allowing engineers to house the engine more effectively in the frame, resulting in benefits such as the improved centre of gravity, balance etc. The new generation engine also features the race-derived counter-rotating crankshaft system that improves the handling of agility and front-wheel lift-off tendencies, the brand has also employed the ‘Twin Pulse’ technology, which is capable of delivering full-bodied but manageable power at all speeds.

The V4 Granturismo engine also adopts the strategy of deactivating the rear bank at idle. The deactivation of the rear cylinders improves the thermal comfort of the rider and passenger. The system also saves fuel consumption apart from lowering the engine temperature. The Ducati Multistrada V4 the first motorcycle in the world to be equipped with both front and rear radar technology revolutionising the riding aid system. The motorcycle will be revealed in full on 4th November 2020. 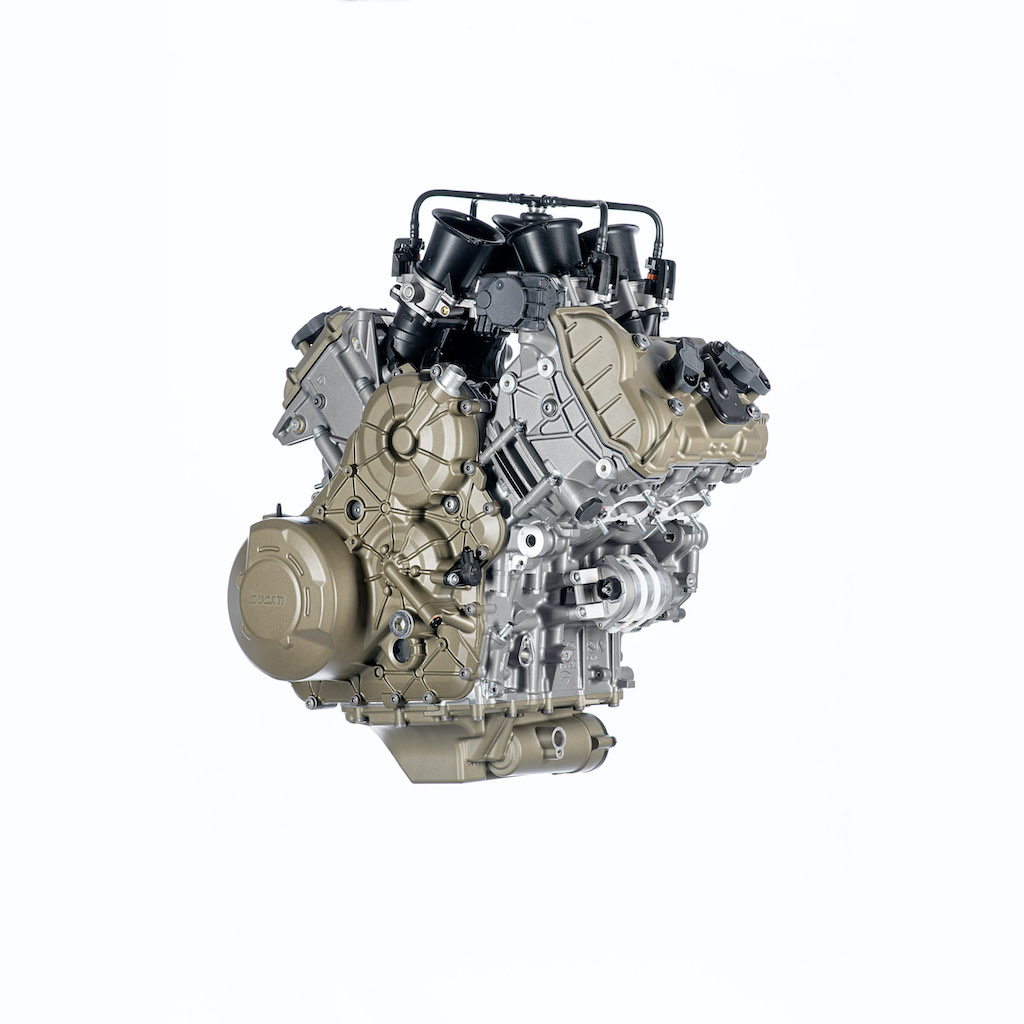 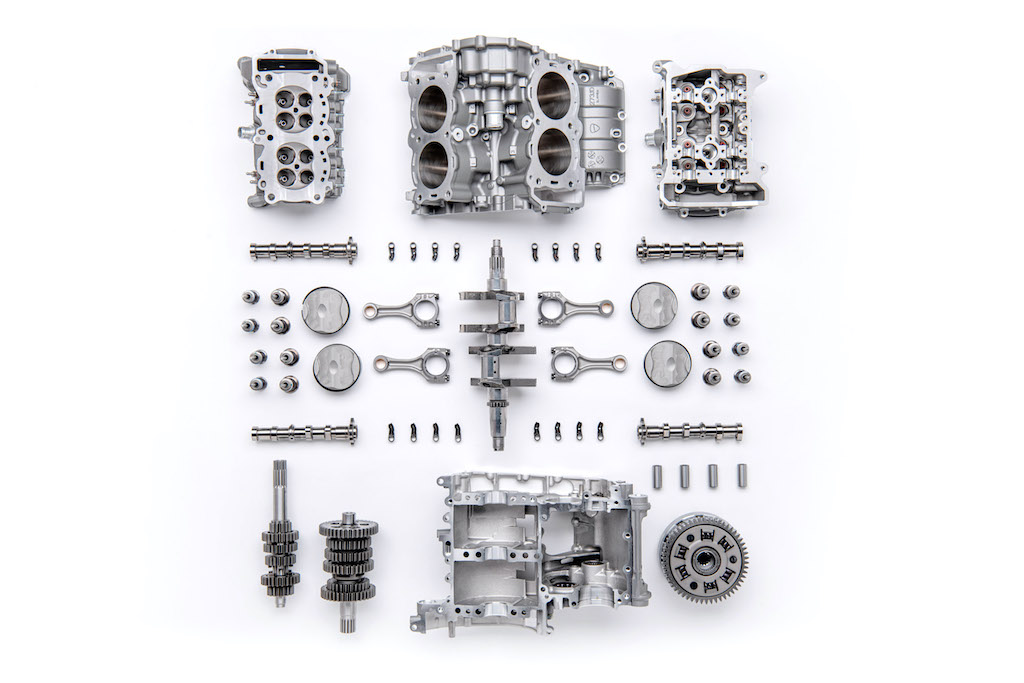 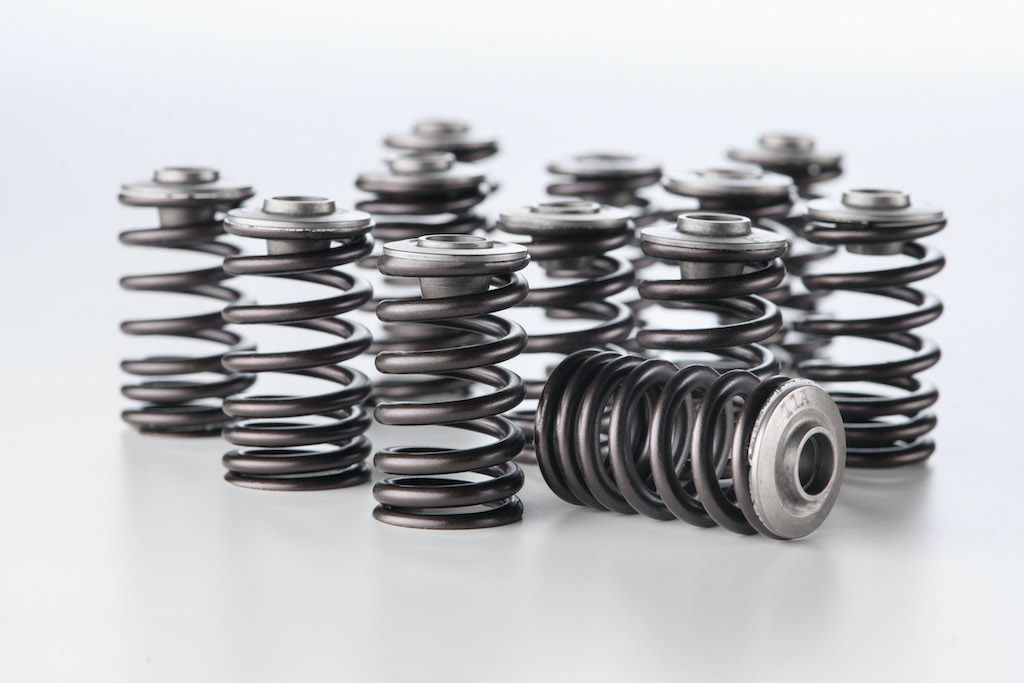 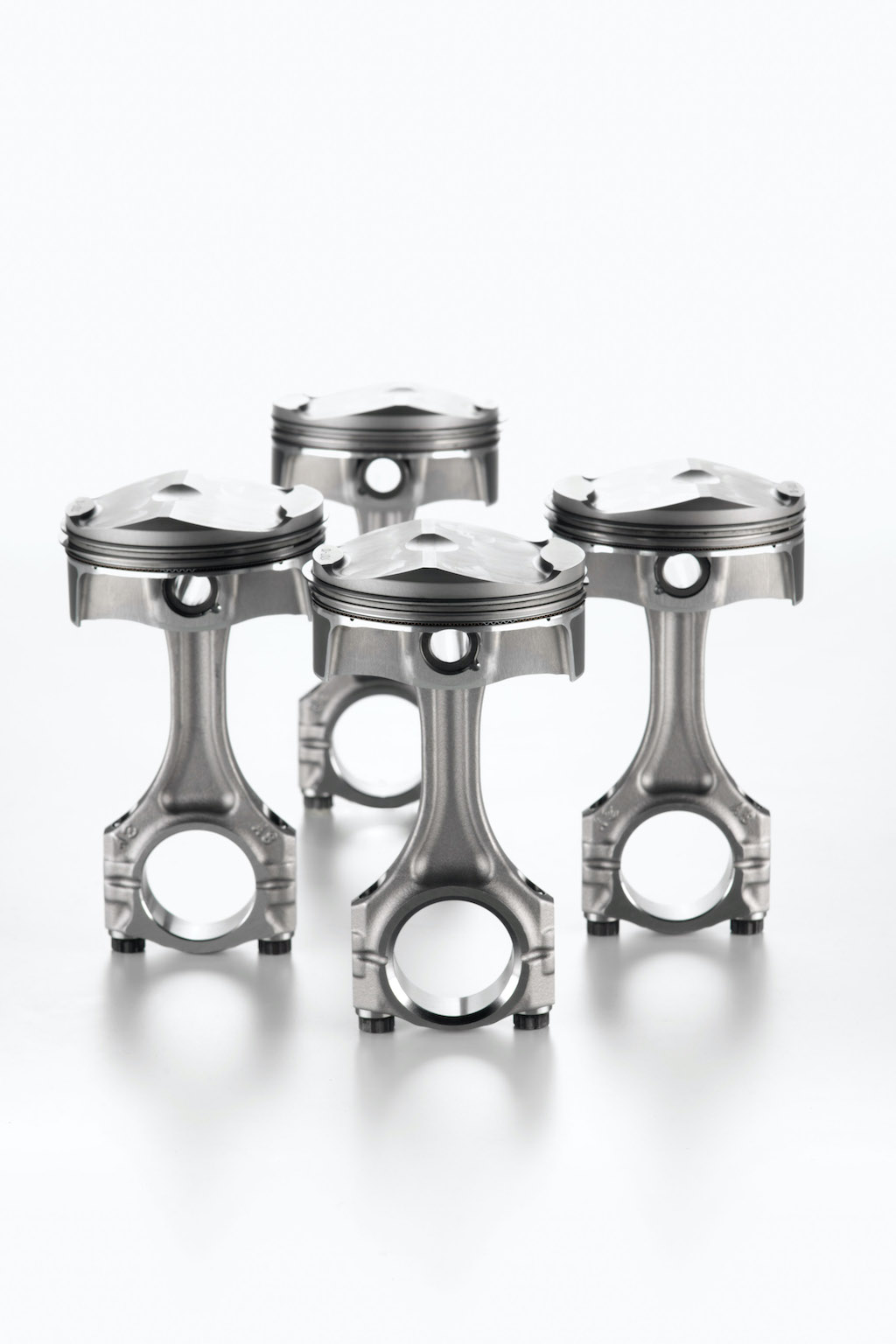 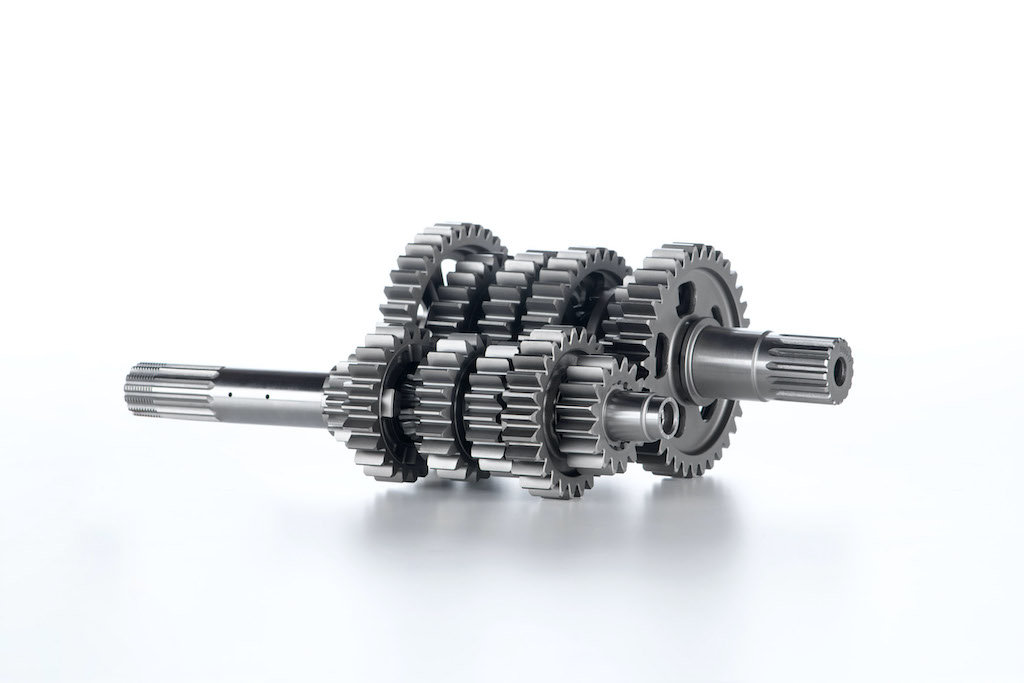 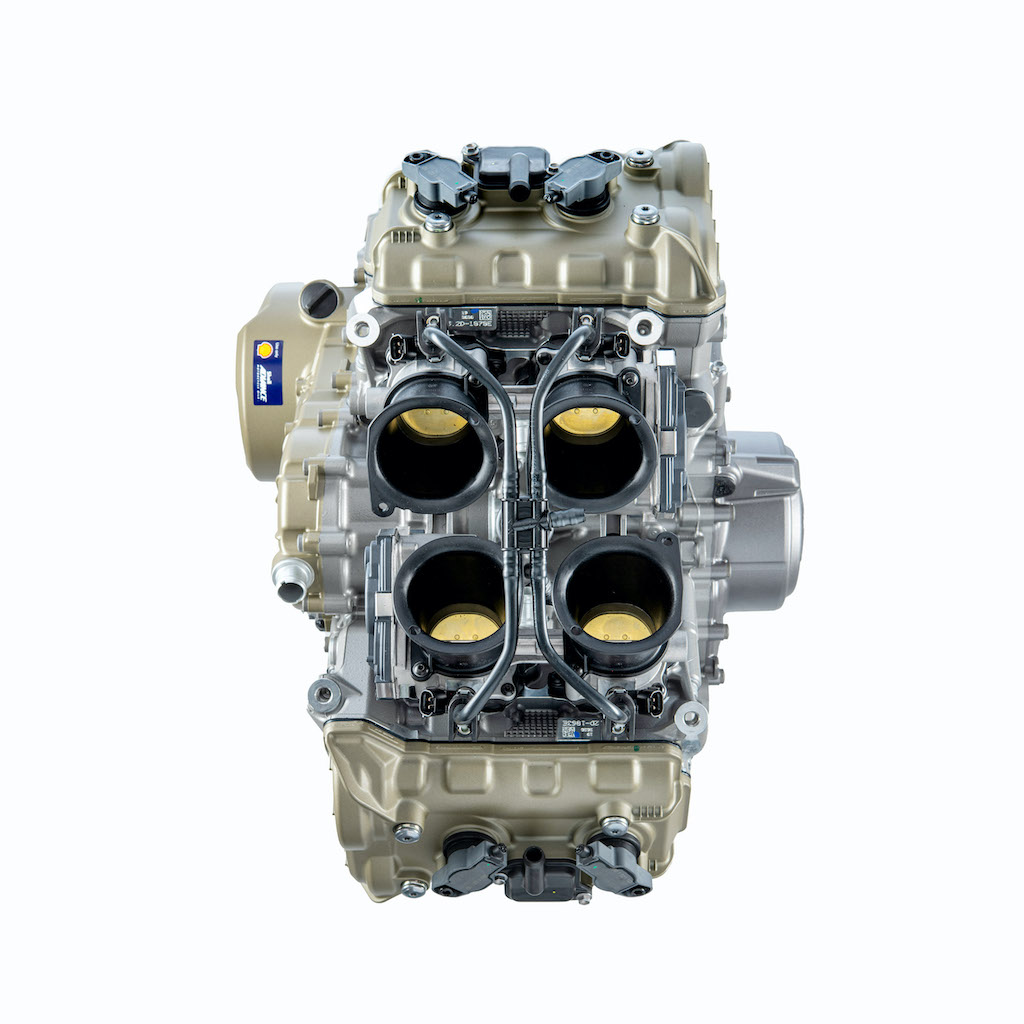 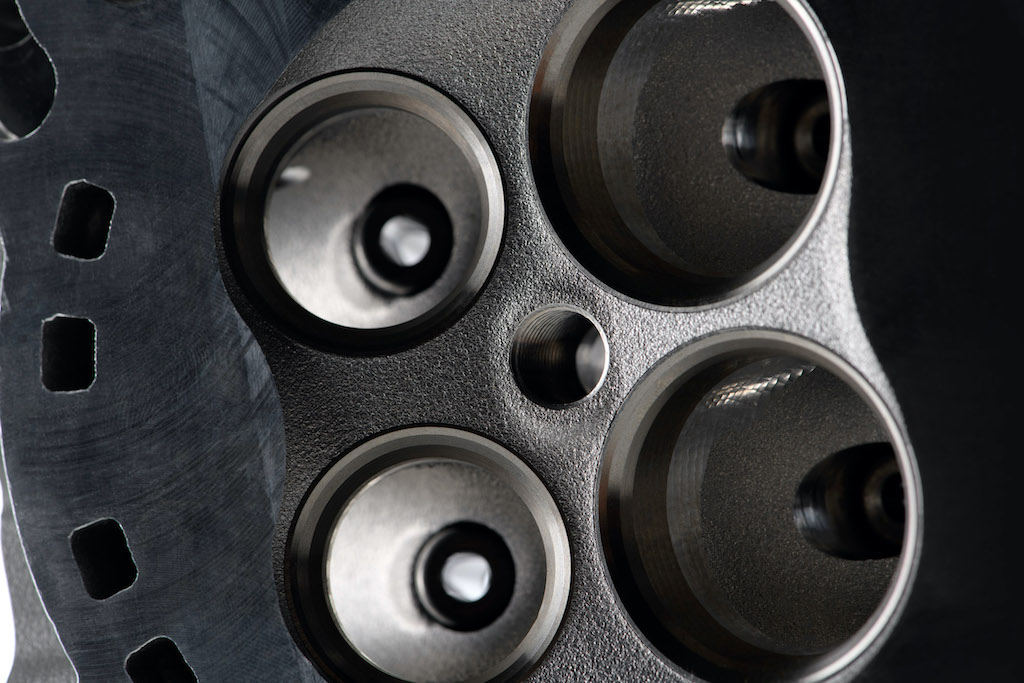 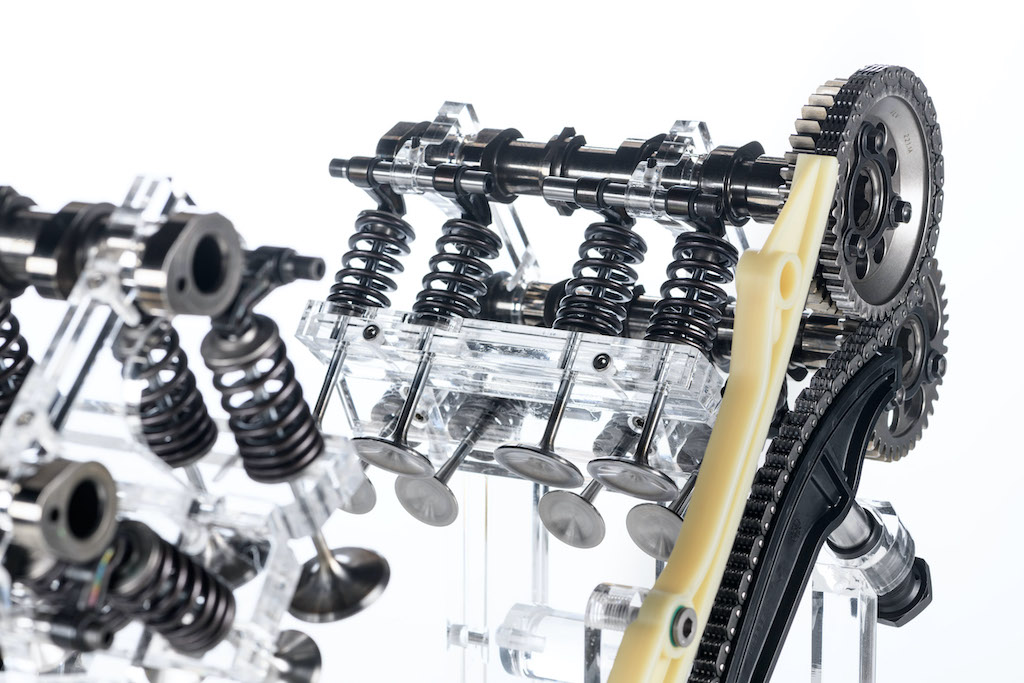 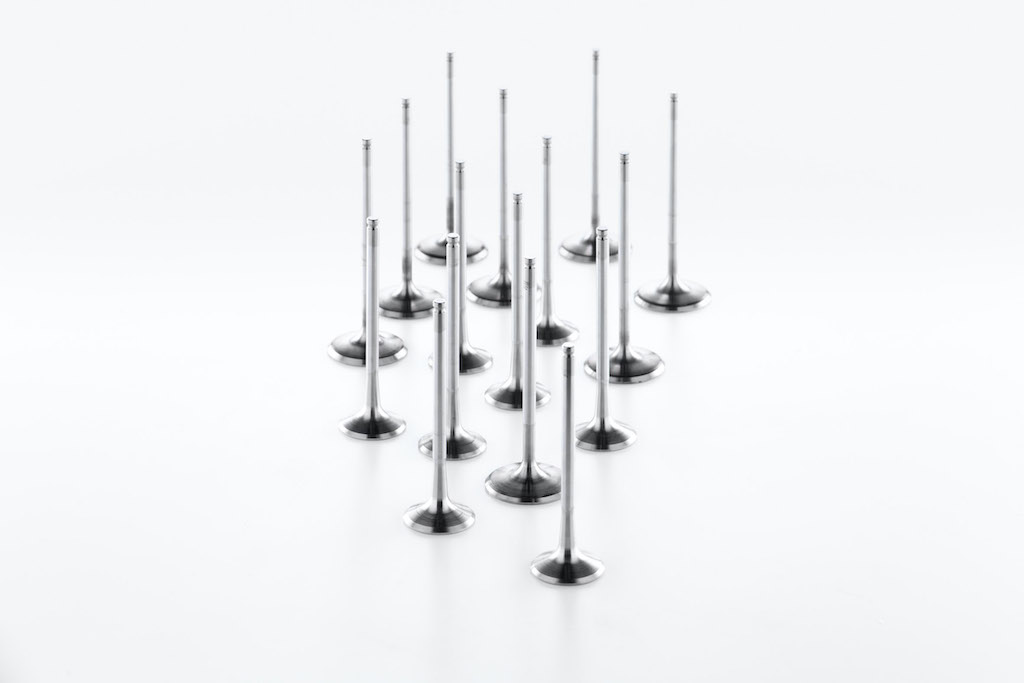 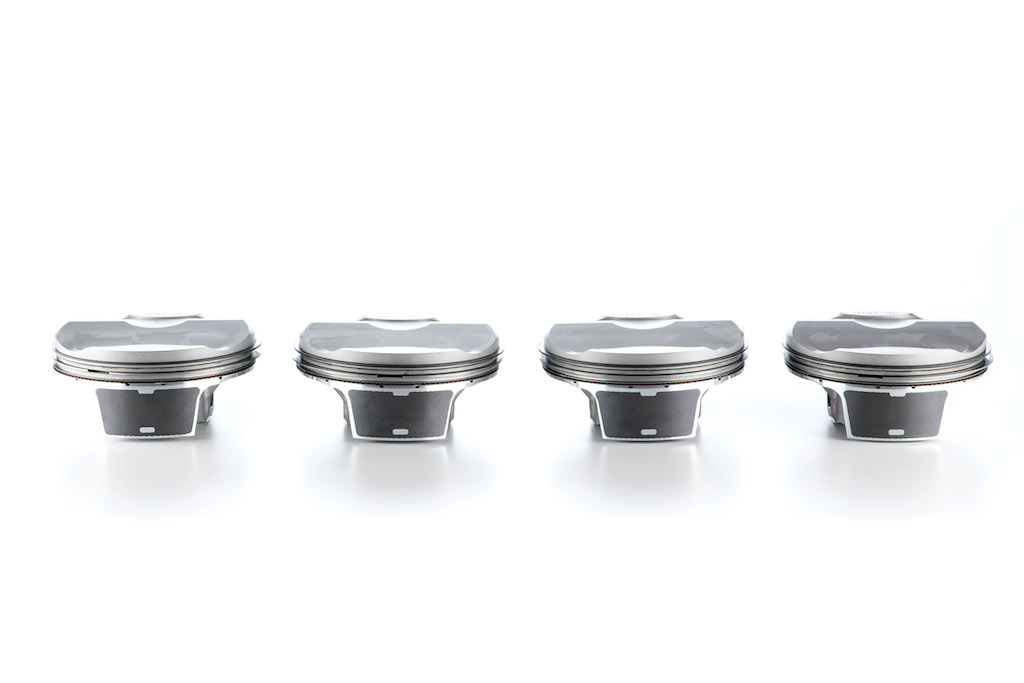 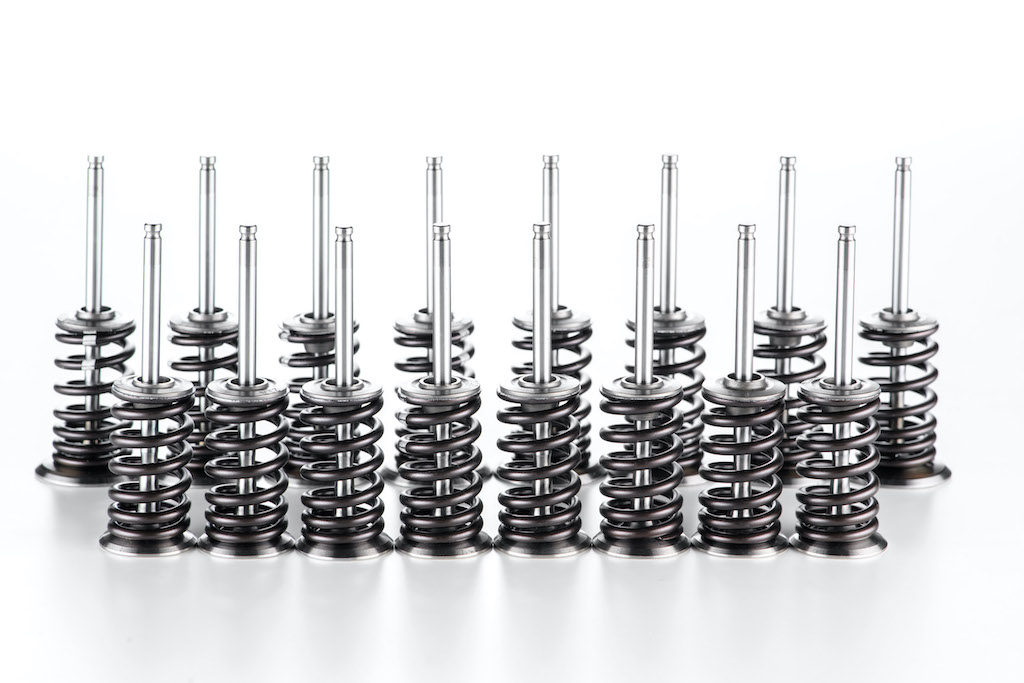