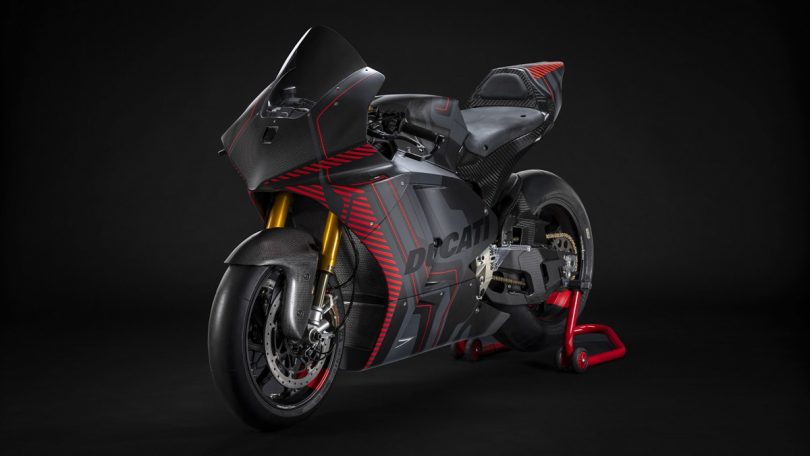 Ducati has commenced production of the MotoE electric racing bike. For the 2023 season of the FIM Enel MotoE World Championship, Ducati will be the sole supplier of these electric motorcycles.

The production of these electric bikes commenced in December 2022. A total of 23 units have been planned which include 18 units for the race and 5 as a backup. Ducati has been testing these bikes for almost a year. The bike was rigorously tested at the Misano World Circuit Marco before production commenced. The bikes are expected to be ready by mid-February.

The V21L was developed by a team of Ducati’s Research and Development engineers and the Ducati Corse team. The electric bike is reportedly as efficient as the Italian bike maker’s MotoGP race bikes. The design and project management of the V21L is similar to the other road-going sportbikes from the stable like the Panigale V4.

Chassis of the Ducati V21L

The bike gets a carbon fibre case for the battery pack which acts as a part of the chassis itself. The aluminium monocoque front frame weighs 3.7 kg, which the rear swing arm weighs a low 4.8 kg. Further, the rear sub-frame is made up of carbon fibre which integrates the tail and rider’s seat.

The carbon fibre case of the battery pack also acts as a stressed part of the chassis, like what happens for the Ducati Panigale V4 engine, with an aluminium monocoque Front Frame for the front area weighing 3.7 kg.

Powertrain of the Ducati V21L

As per the specifications of Dorna and FIM, the electric bike has a minimum weight requirement for the racing bikes. Ducati MotoE tips the scales at 225 kg, which is 12 kg less than the minimum limit. The power and torque figures of the motor are 150 HP and 140 Nm. The motor weighs a light 21 kg and is capable of 18,000 rpm. The inverter for the system weighs 5 kg and the system voltage is 800 V. All this is sufficient to give the bike a top speed of 275 km/h which can be reached on circuits like the Mugello, Italy.

The total weight of the battery pack is 110 kg and has a capacity of 18 kWh. The bike comes with a 20-kW charging socket integrated into the tail. The battery pack consists of  1,152 cylindrical cells of the “21700” type. 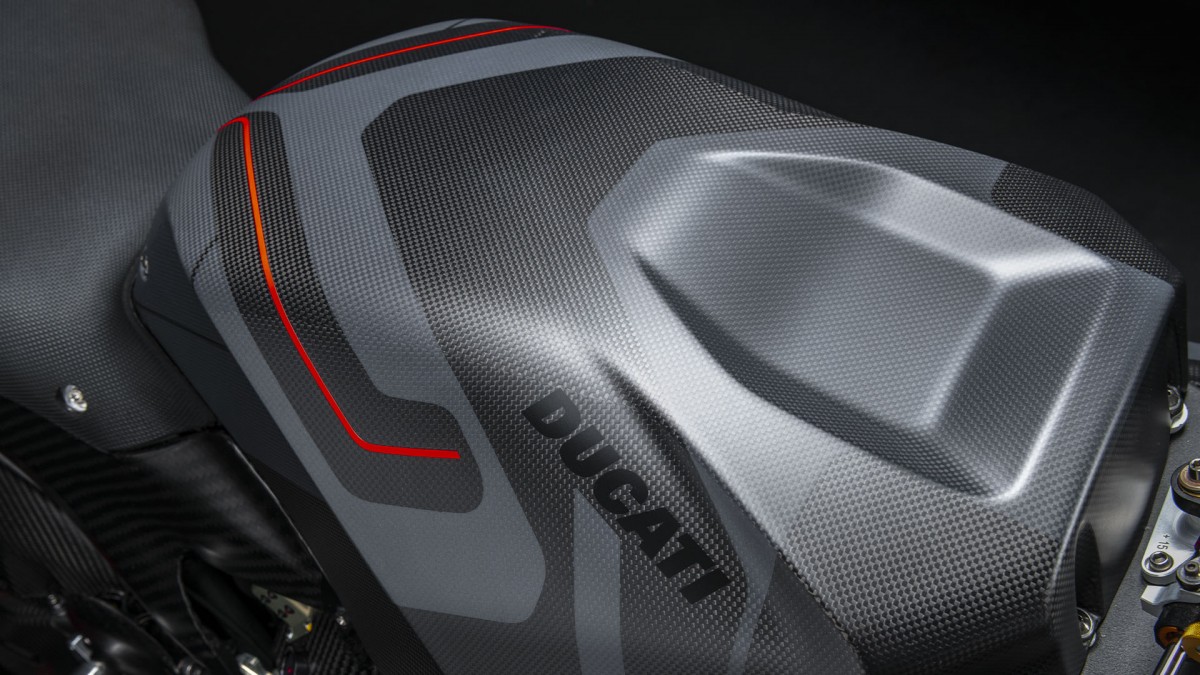 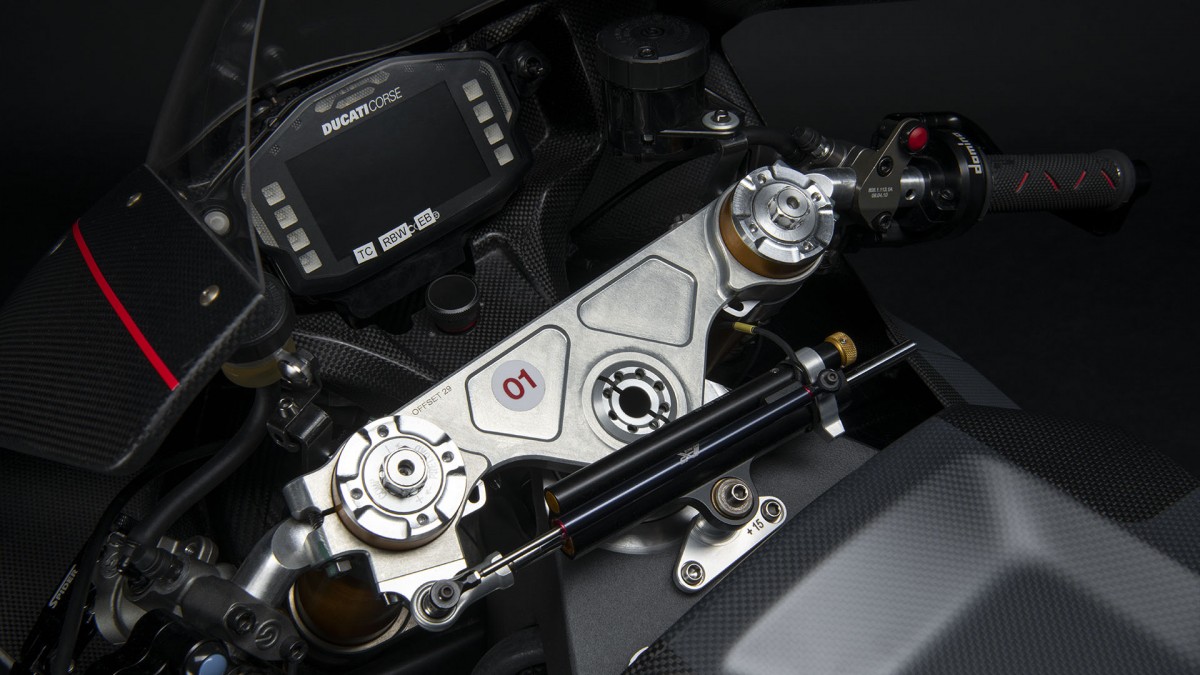 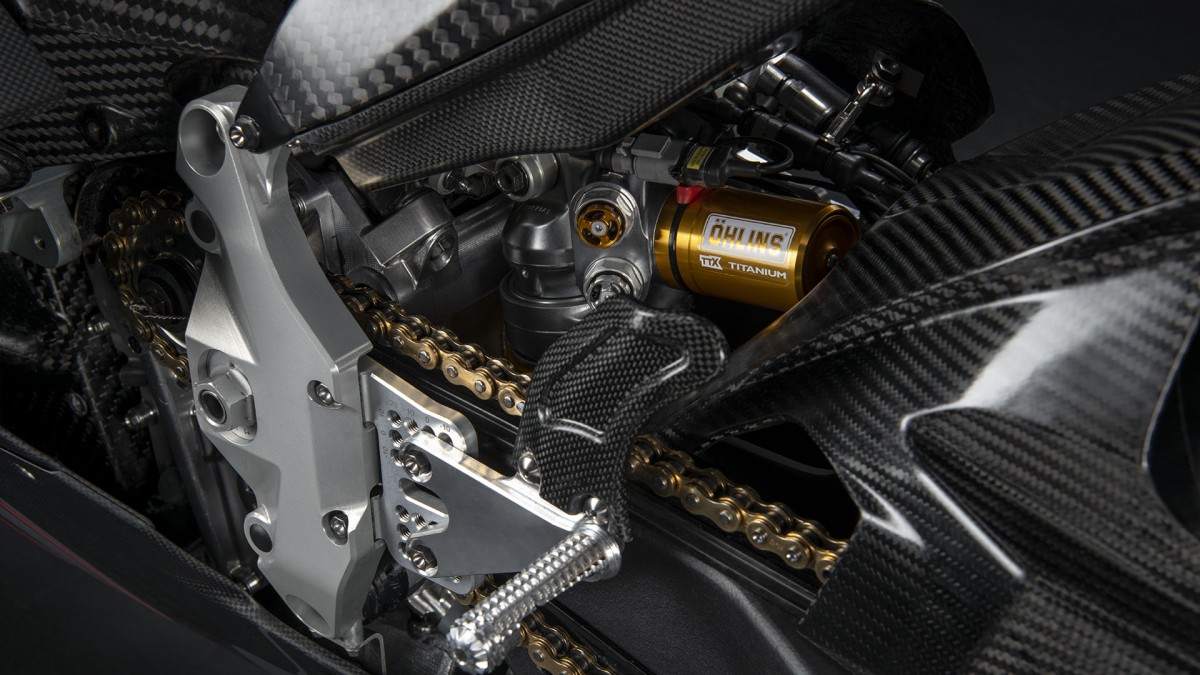