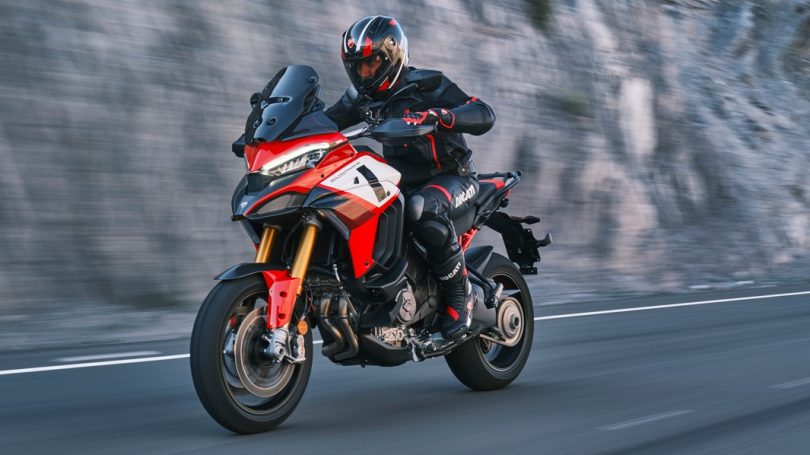 The third online episode of the Ducati World Premiere 2022 has finally unveiled the new Multistrada V4 Pikes Peak. As Ducati’s most sold and recognized model, the new Multistrada is the most powerful model in its class. The bike embodies the sportiness offered by Ducati and has been much awaited by enthusiasts and riding fanatics alike. Ducati has combined the Multistrada V4 platform with a Granturismo engine to provide performance, reliability, handling, and comfort. It’s also ensured to introduce significant changes such as chassis set-up, premium ergonomics, electronic controls, and dedicated components.

The new Multistrada features a sportier design when compared to its predecessor and showcases two distinct integrated elements. The Pikes Peak version features aesthetic and functional design details such as the 17-inch front wheel and single-sided swingarm. Ducati has added the infamous “Pikes Peak” livery inspired by the colour scheme offered on the Desmosedici GP ’21.

The bike features a wide variety of carbon-fibre components and an Akrapovic titanium exhaust to highlight its sporty credentials. Other aesthetic elements include a road-approved carbon silencer, anodized gold Ohlins front forks, and a two-tone Black and Red rear saddle. Finishing the look is the V4 logo on the rear saddle and a Ducati Corse badge on the beak.

Powering the new Multistrada is a 1160cc V4 Granturismo engine producing 170 PS of power and 125 Nm of torque. Paired to a 6-speed gearbox, the light and compact 66.7 Kg engine offers the best-in-class power and torque figures. Ducati has revised the chassis of the new bike by developing it around the new 17-inch front wheel. The 2.7 Kg lighter, new Marchesini forged aluminium rims are added to the increased rider precision and responsiveness.

Ducati offers the bike with the latest generation of safety electronics such as radar technology on the front and rear. Along with Adaptive Cruise Control (ACC) and Blind Spot Detection (BSD) functionality, the bike sports a 6.5-inch TFT display. The screen enables the rider to access turn-by-turn navigation thanks to the Ducati Connect system enabling smartphone mirroring. Other innovations include Ducati Wheelie Control, ABS Cornering, Riding and Power Modes, Vehicle Hold Control, DRLs, and Ducati’s Cornering Light. 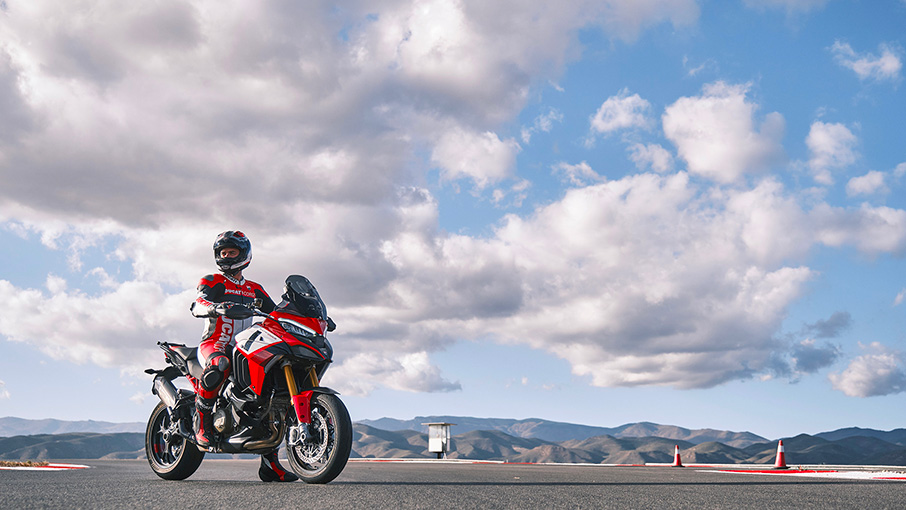 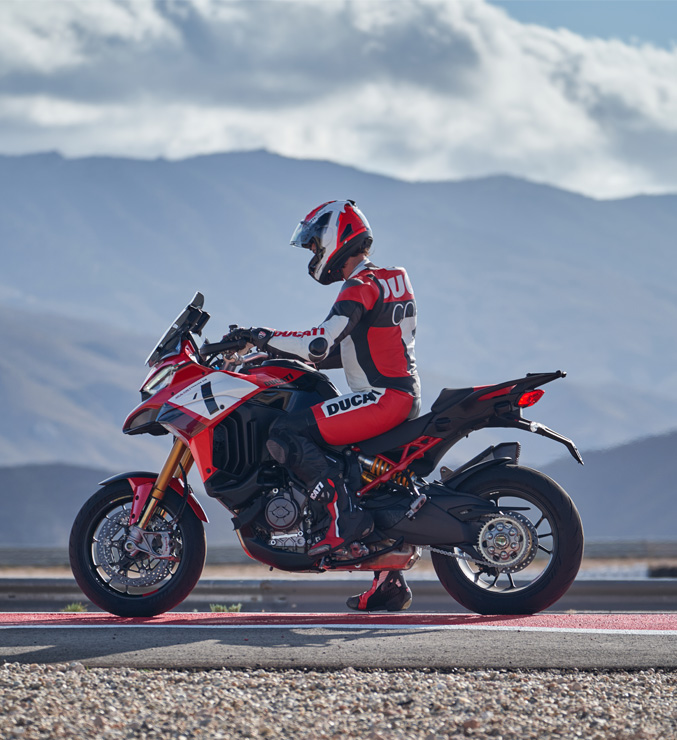 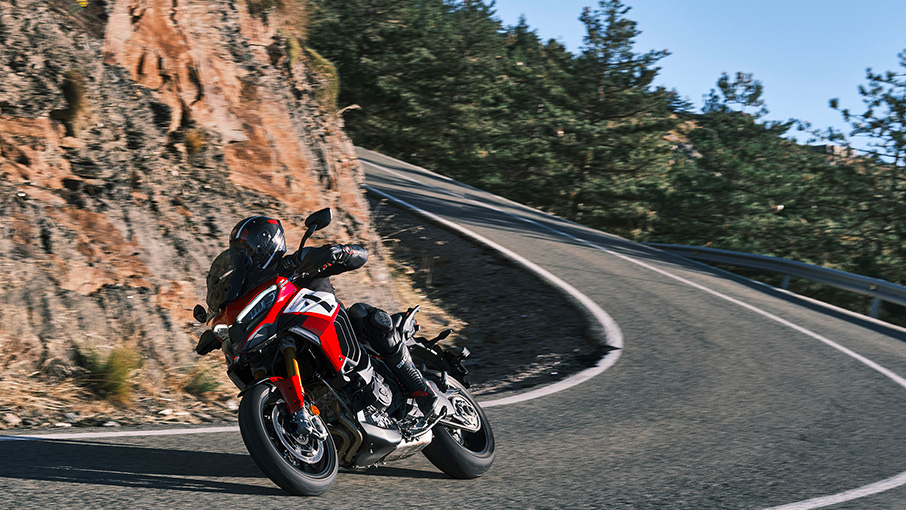 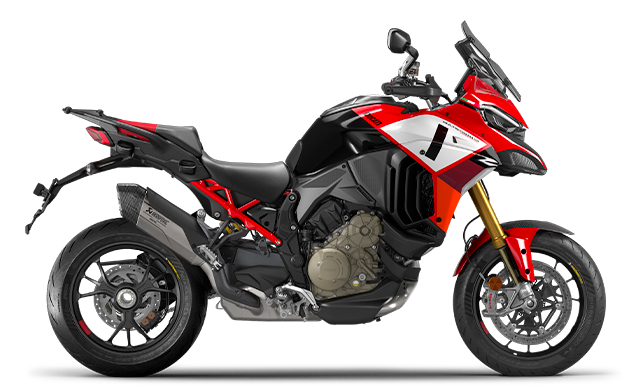 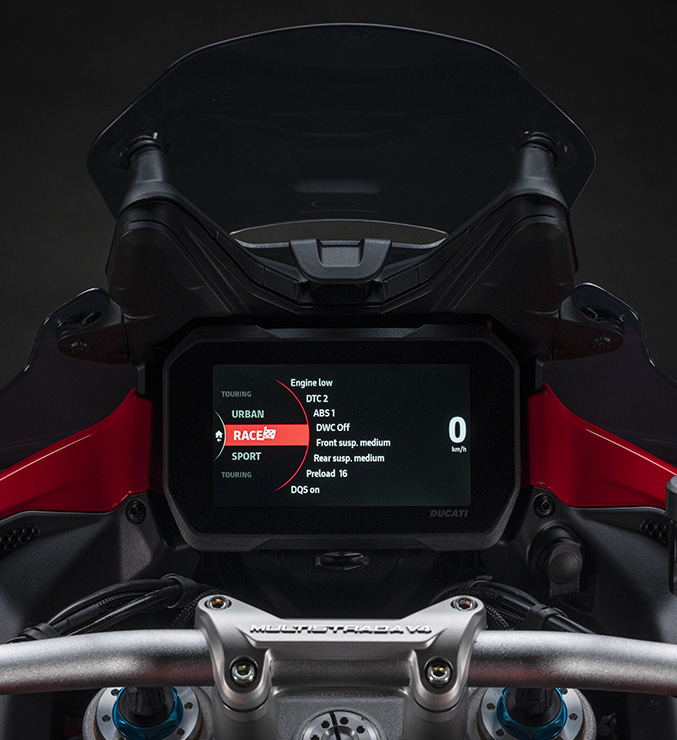