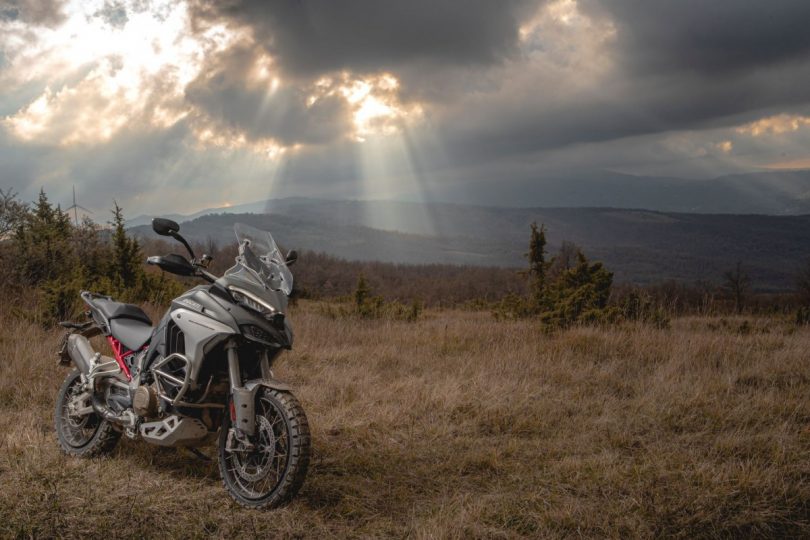 The Ducati Multistrada V4 comes with an ultra-compact front, a mass-loaded front end, and a sleek rear section. The motorcycle also features clean and taut character lines and a Perspex windscreen. The bike speaks the language of adventure and comes with a commanding seat height with two seat heights of 840 mm and 860 mm. The brand also offers an 810 mm low seat and 875 mm high seat as accessories. 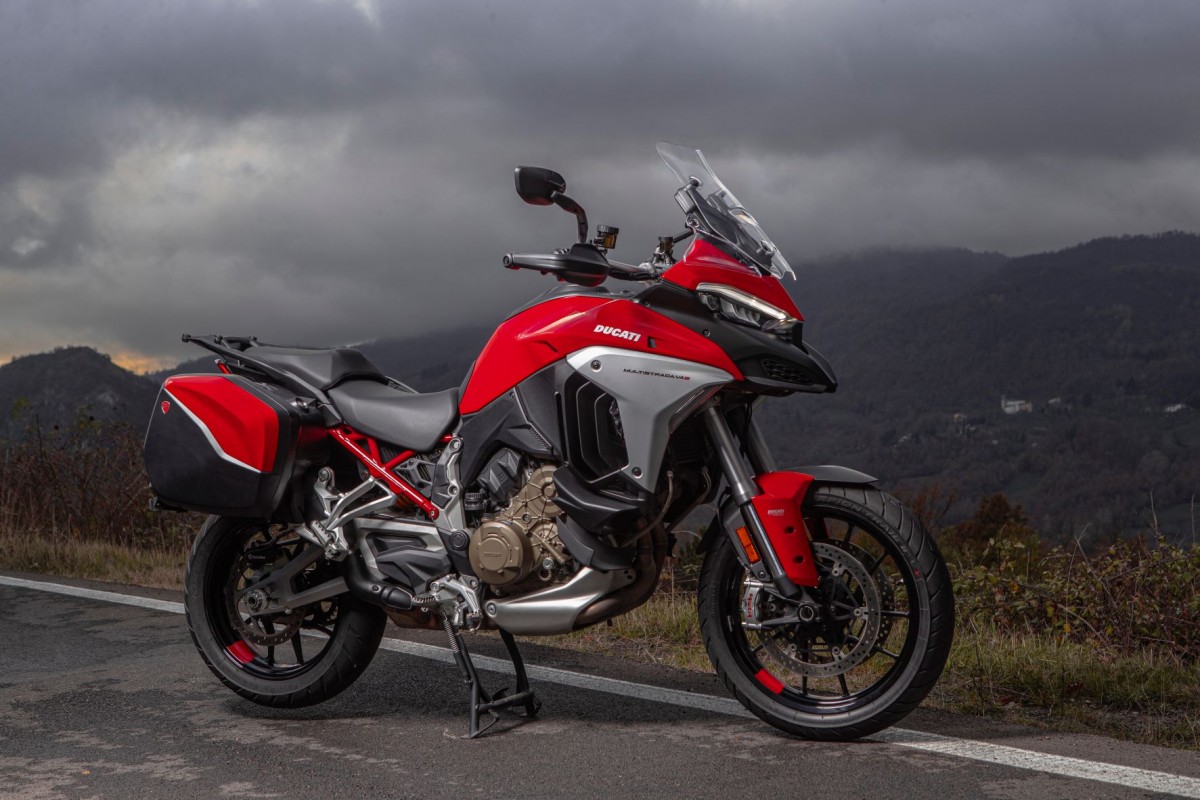 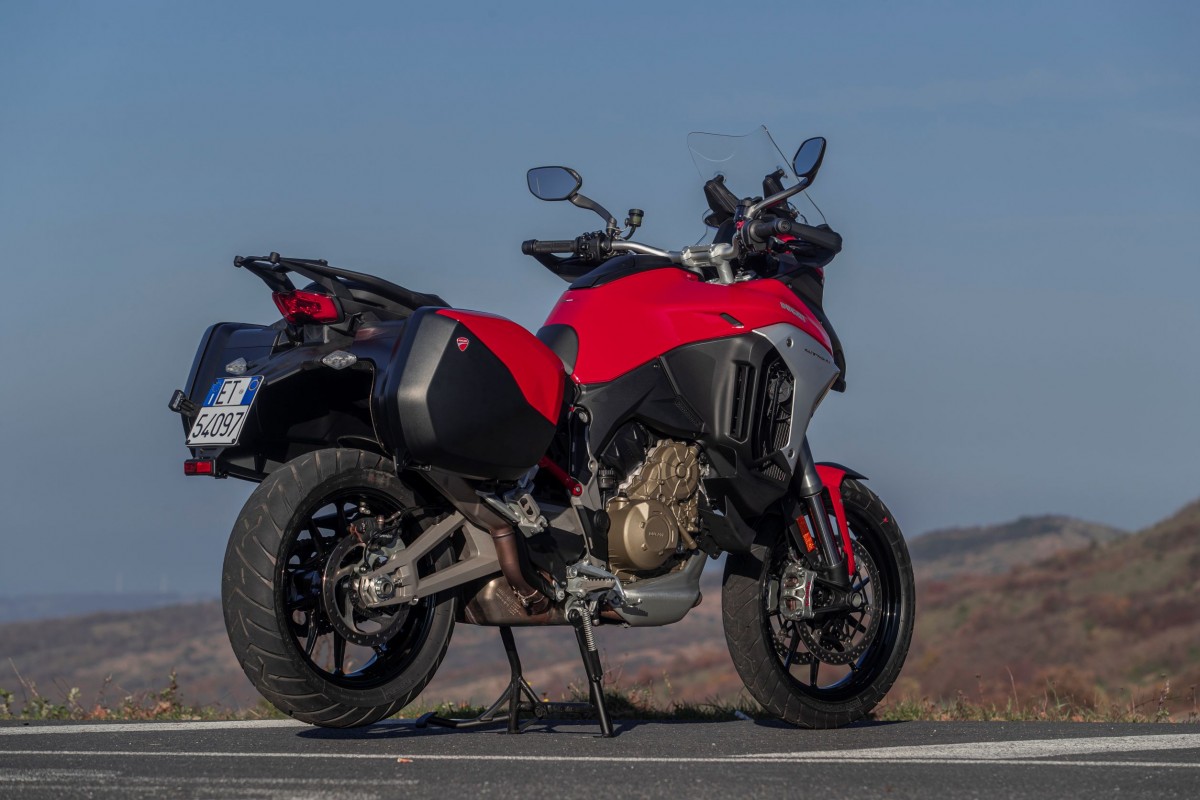 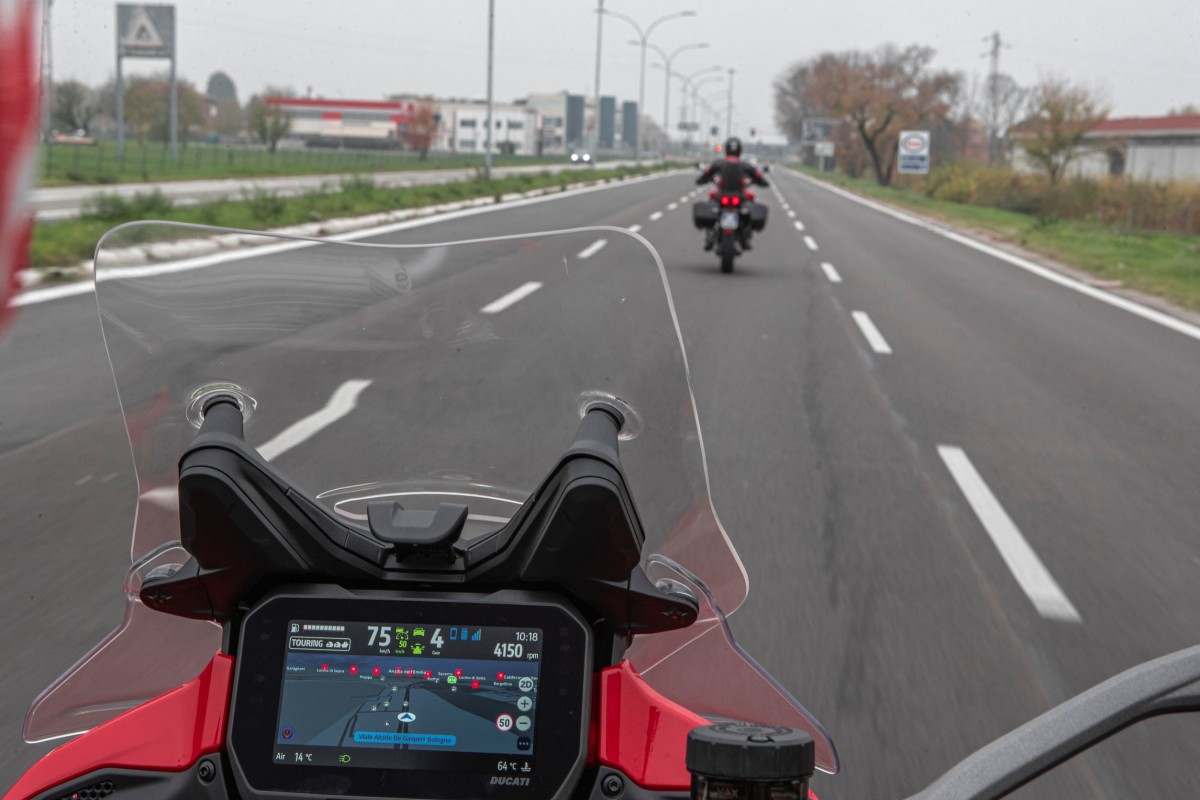 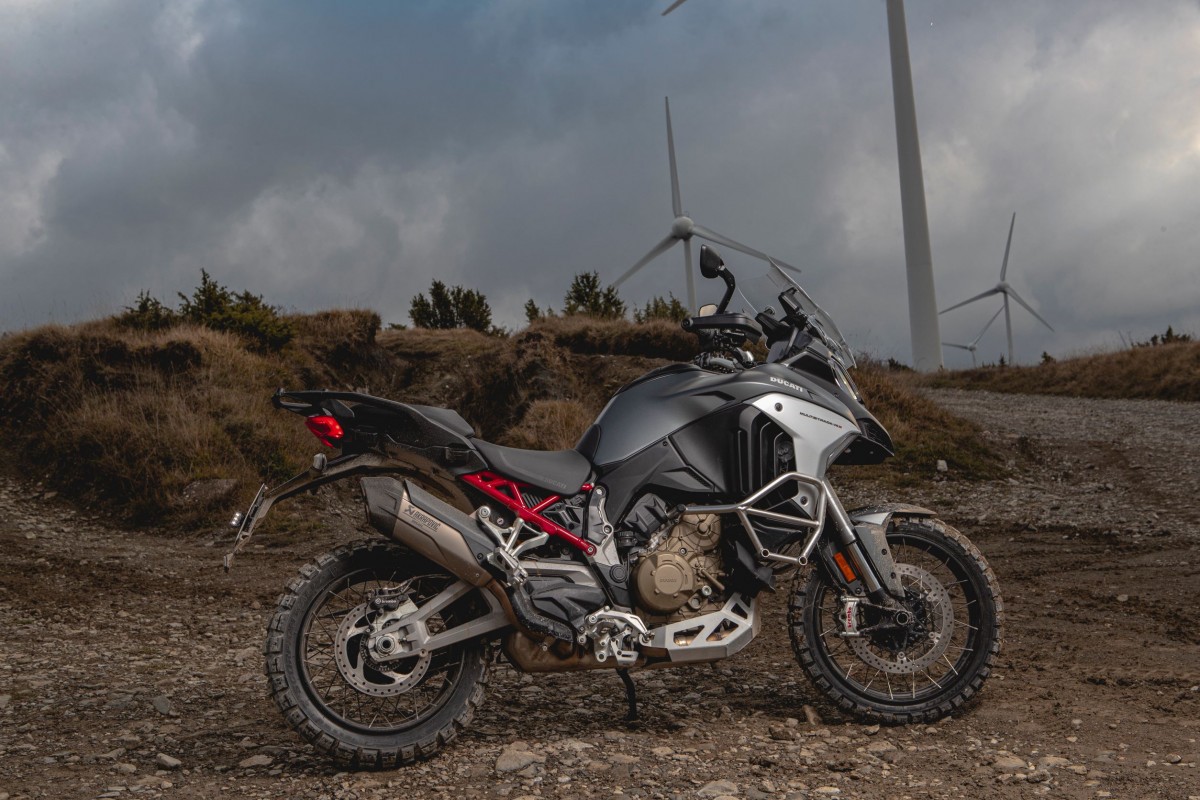 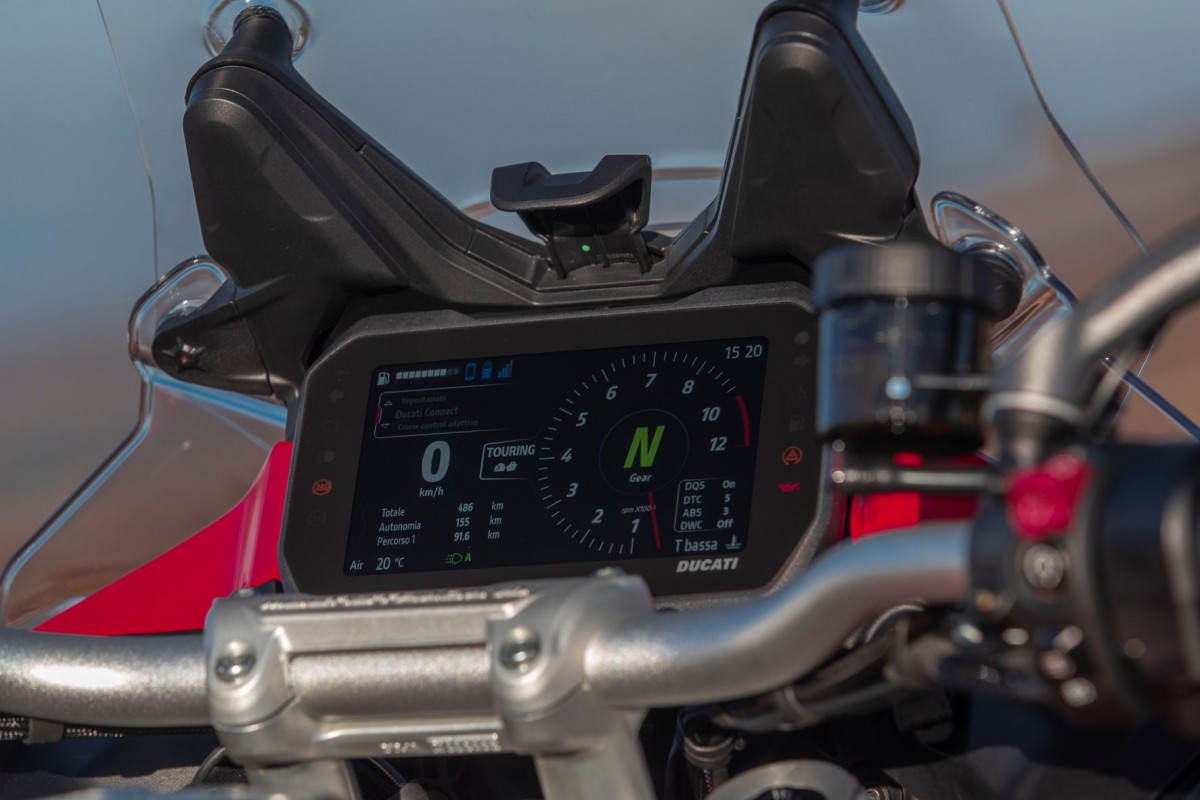 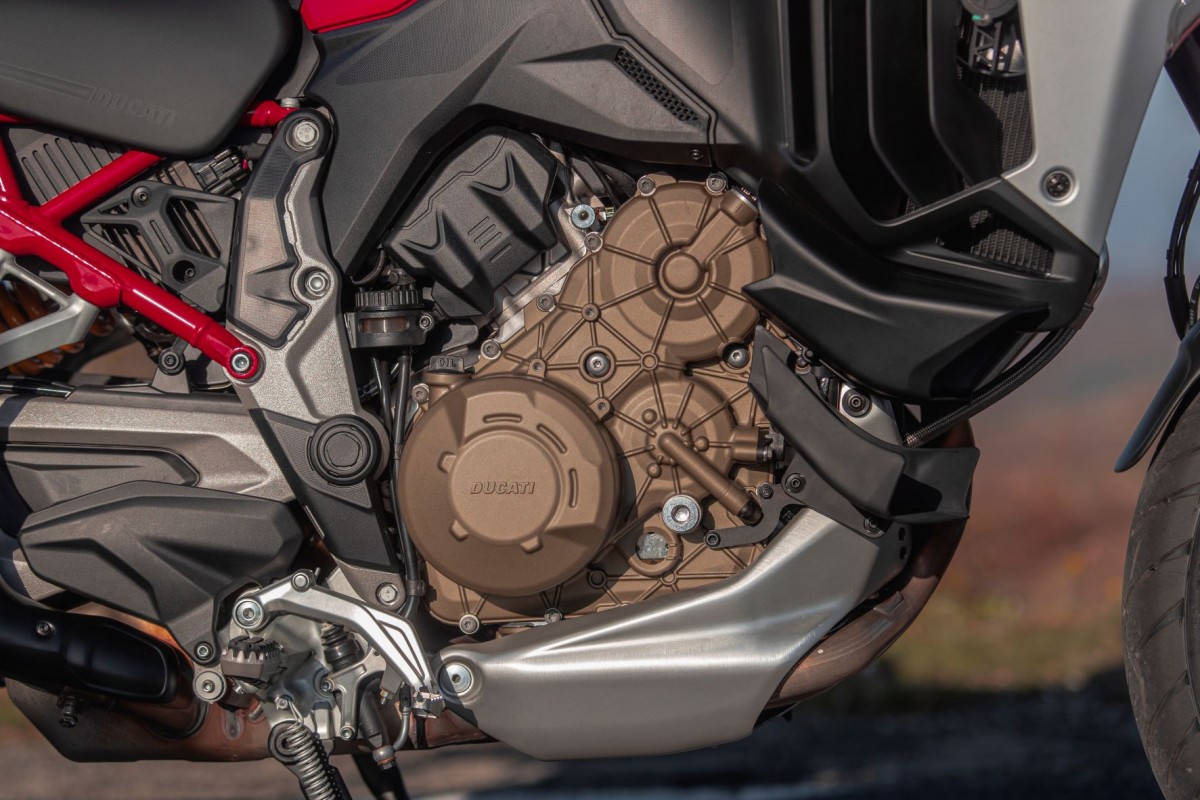