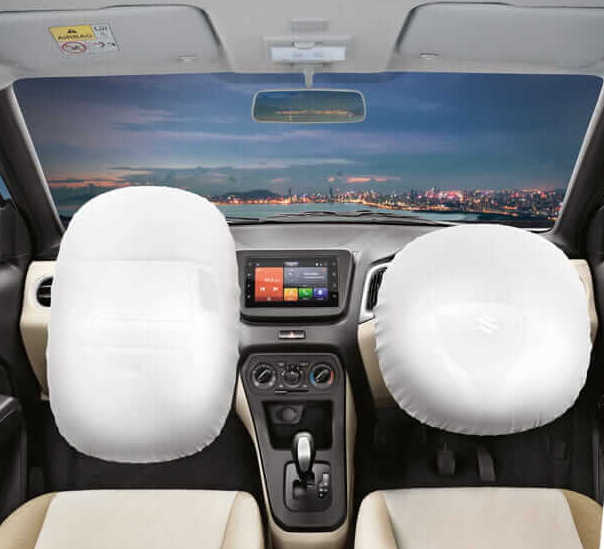 Recently safety has become a big talking point in the Indian automobile industry. The poor crash safety report of the Maruti Suzuki S-Presso when it was tested by the Global NCAP initiated a new wave in the market that suggested that the safety aspects should be considered keeping in mind that the road infrastructure too is on the rise and average speed is increasing.

Last year, the Ministry of Road Transport and Highways introduced a new mandate that made safety features such as driver-side airbag, ABS, seatbelt reminder, over-speed alert and reverse parking sensors compulsory across all automobiles in the industry. Now a media report suggests that the Government is proposing to make the passenger-side airbag to be compulsory as well even on the budget entry-level model for the sake of road safety.

According to sources, the road transport ministry is working on a time-line which could be as short as one year for the new norms to kick in. Currently, a single driver airbag is compulsory but this leaves the front passenger vulnerable during a road accident. The new draft notification is set to amend the Automobile Industry Standards (AIS), according to which all vehicles sold in India from the effective date, which has not been mentioned yet, will have to come with dual front airbags as standard along with other safety compliance measures for pedestrians and other vehicle occupants.

As part of the new amendment, child safety door locks which disable the inner door handles on the vehicles will be banned on four-wheelers used for commercial transport purposes. Also to improve the safety of buses and other transport vehicles in India MoRTH plans to implement international safety standards such as Electronic Stability Control (ESC) and other Brake Assist systems. MoRTH is also likely to roll out the tyre pressure monitoring system (TPMS) as a compulsory for a certain category of vehicles in the near future.