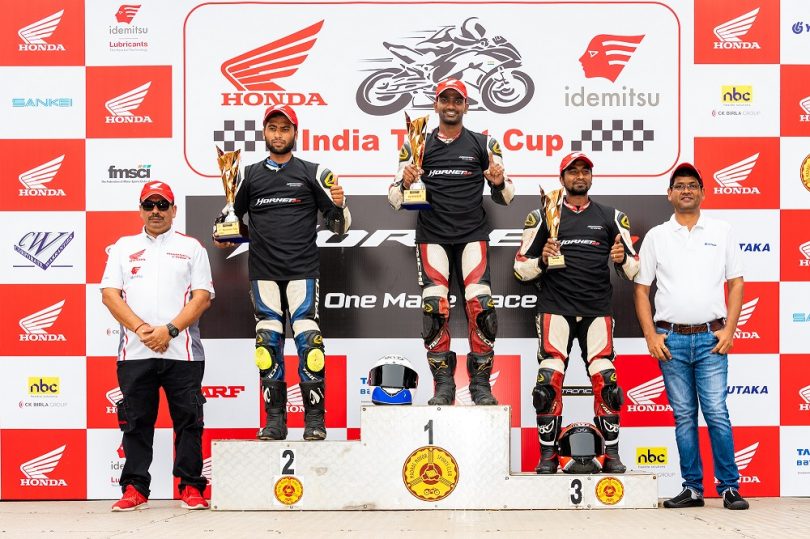 The 2022 MRF MMSC FMSCI INMRC (Indian National Motorcycle Racing Championship) ended at Madras International Circuit in Chennai. Starting the season on a high note, the IDEMITSU Honda SK69 Racing team’s Rajiv Sethu performed quite brilliantly. They rounded off the Pro-Stock 165cc category in the second position in the championship. They had a total of 7 podium finishes and 1 win.

On the other hand, the IDEMITSU Honda India Talent Cup’s young guns, too, displayed exemplary performances on the racetrack. The international rider Sarthak Chavan of Pune took over the championship title for IDEMITSU Honda India Talent Cup NSF20R. He proved his valour and showcased his dazzling performance. Then in the second position was Chennai’s Shyam Sundar with 153 points, and Malappuram’s Mohsin finished third with 134 points.

At the top of the leadership board of 2022 IDEMITSU Honda India Talent Cup CBR150R was Raheesh Khatri. He finished the season with an all-time high of back-to-back 10 wins. Kolhapur’s Siddesh Sawant followed him with 139 points in second. Meanwhile, Bengaluru’s Harshith V Boggar, with 128 points, secured the third position.

The PS165cc’s final race of the national championship saw Rajiv Sethu and Senthil Kumar start the race in 2nd and 7th positions, respectively. Running sixth and ninth one lap into the race, they lapped with very similar times to each other in the first half. Both riders then joined the mix of other top contenders and further pushed their throttle. Riding with full determination, Rajiv outpaced the whole pack to claim second place on the podium. Meanwhile, Senthil emerged out of thin air and kept his competitor at bay to close the race in third place.

The IDEMITSU Honda India Talent Cup NSF250R’s 10-lap race saw Mohsin P, Shyam Sundar, and Rakshith S Dave finishing off the podium at 1st, 2nd and 3rd positions. Pune’s Sarthak Chavan started the race with a head start and rode without fear. However, he had to retire after facing technical issues with his motorcycle. Nevertheless, with 7 wins, Sarthak Chavan emerged victorious in the championship standings. In the absence of the race leader, it was Mohsin P who took the opportunity and finished in first place. Shyam Sundar finished the race in second place with a total time of 18:41.542. Chennai’s Rakshith S Dave joined them in third place, who had a timing of 19:04.772.

The last race of the 2022 IDEMITSU Honda India Talent Cup CBR150R was as expected. Mumbai’s Raheesh Khatri rose to victory yet again. The 14-year-old rider carved quite a bit of momentum in the first lap, recorded the best lap with the timing of 2:06.605, and won the race with an 18-second lead. The race saw a tough fight between Harshith V Boggar, Siddesh Sawant, and Rajender Beedani for P2 and P3 on the podium. Eventually, 18-year-old Harshith finished the race second, and 20-year-old Siddesh finished third.

The much-contested battle for top laurels in the Honda Hornet 2.0 One Make category race stretched to the finish line. Poleman G Balaji continued his reign to the top and took another win in Round 5 with a total time of 13:38.195. Riding behind Balaji was Mumbai’s Kayan Zubin Patel, who lost his position due to a shake-up in turn 11 of the last lap. Thus he was forced to finish the race fourth.

However, it was a show put up by local riders Romario John and Prabhu V that grabbed the maximum attention in this category. Romario John and Prabhu V both made a strong and compelling leap in the initial laps to fight with the top guys. Using the right techniques, Romario John managed to get an inch ahead of Prabhu just before the finish line and clinched the second position. The local lad recorded the best lap of 2:13.742. Meanwhile, Prabhu V closed the race in third. 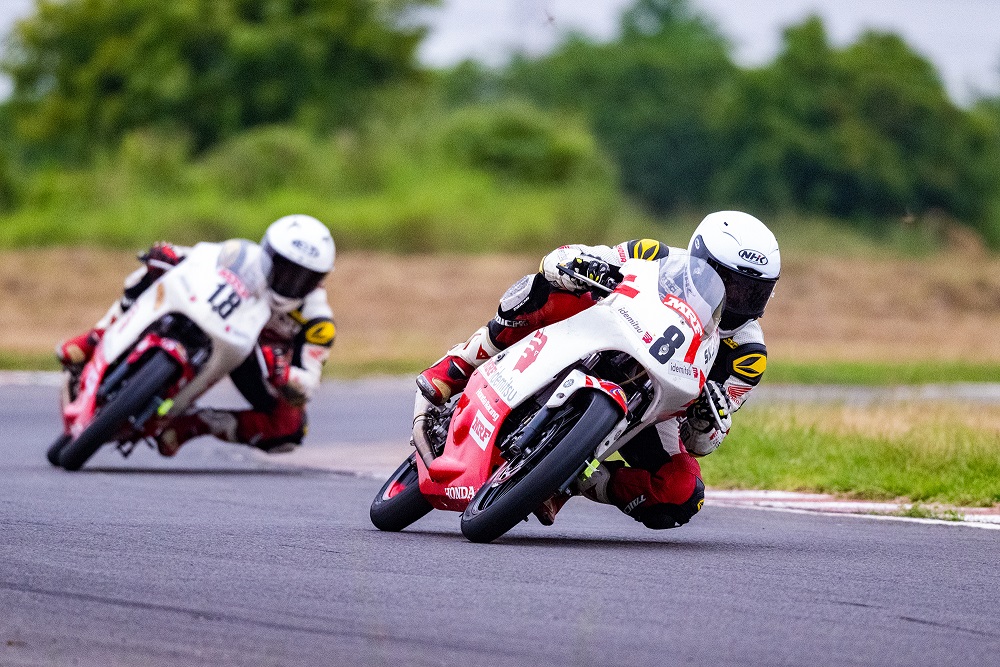 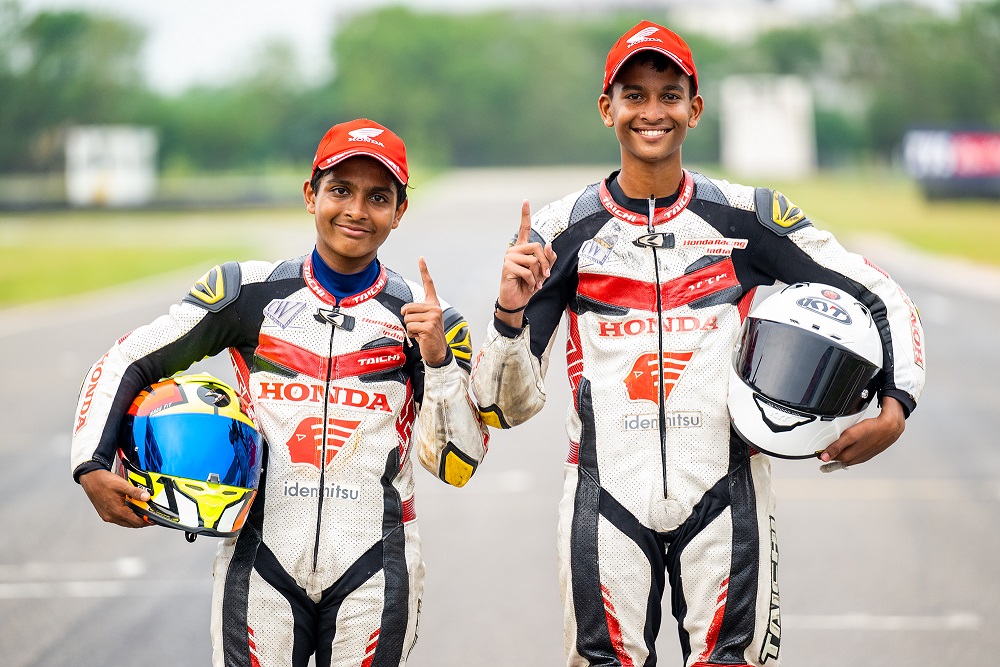