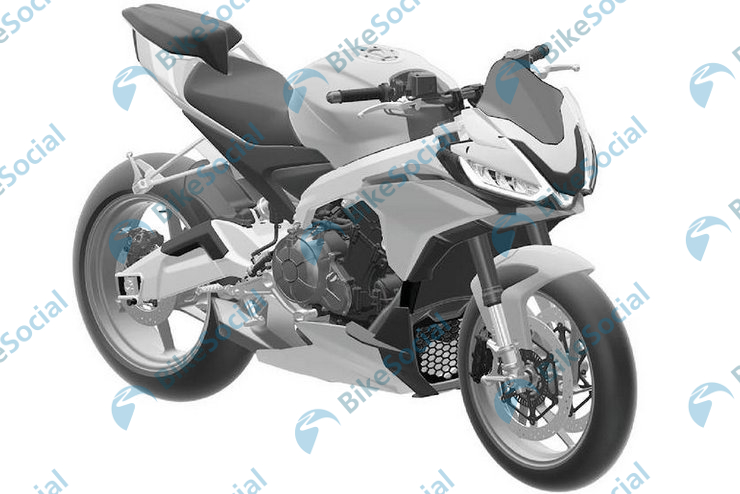 Piaggio showcased the Aprilia Tuono 660 Concept at the 2019 EICMA show and now design patents of the production-spec Aprilia Tuono 660 have emerged on the internet that leads us to believe that the concept will be coming soon to the streets. Leaked images reveal that the production-spec Aprilia Tuono is similar to the concept with only light revision in its design and the keen eyed would notice that most changes are concentrated on the belly area.

The Aprilia Tuono 660 features a semi-fairing with an aerodynamic nose, sleek triple-LED headlamp cluster in-line with the Aprilia RS 660 integrated LED daytime running lights, a mini flyscreen, angular side fairing with aero ducts, chiselled fuel tank, revised underbelly cowling with aero features, a high mounted tail section, split-seats with a comfortable seating position, straight handlebar for an upright rider’s triangle, a triangular tipped midship style exhaust now has a meshed grille at the end. We also observed that the front brake fluid reservoir are different on the design patents and the clutch side also appears to have a hydraulic pump instead of cables leading us to believe that the Tuono could get a hydraulically actuated clutch.

The engine is said to be a derivative of the Aprilia RSV4 1100 in a parallel-twin configuration and produces 95 HP of power which is 5 HP less than the Aprilia RS 660 fully-faired sports bike which shares the engine. Mechanically both the Aprilia RS 660 and Tuono 660 share the lightweight chassis, suspension components as well as the brakes but the Tuono is likely to weigh slightly less than the RS 660 which tips the scale at 169 kg.

Aprilia is expected to introduce the production-spec model of the Tuono 660 by the end of 2020 or early 2021. The brand is also likely to reveal the adventure-style Tuareg 660 based around the same engine later this year.

Aprilia is not likely to bring the Tuono 660 or the RS 660 anytime soon to the Indian market, but the brand has listed the 125cc version of the Tuono on the brand’s official website and could be in the process of evaluating the motorcycle to compete with the KTM 125 Duke and the KTM RC 125 if launched in India. 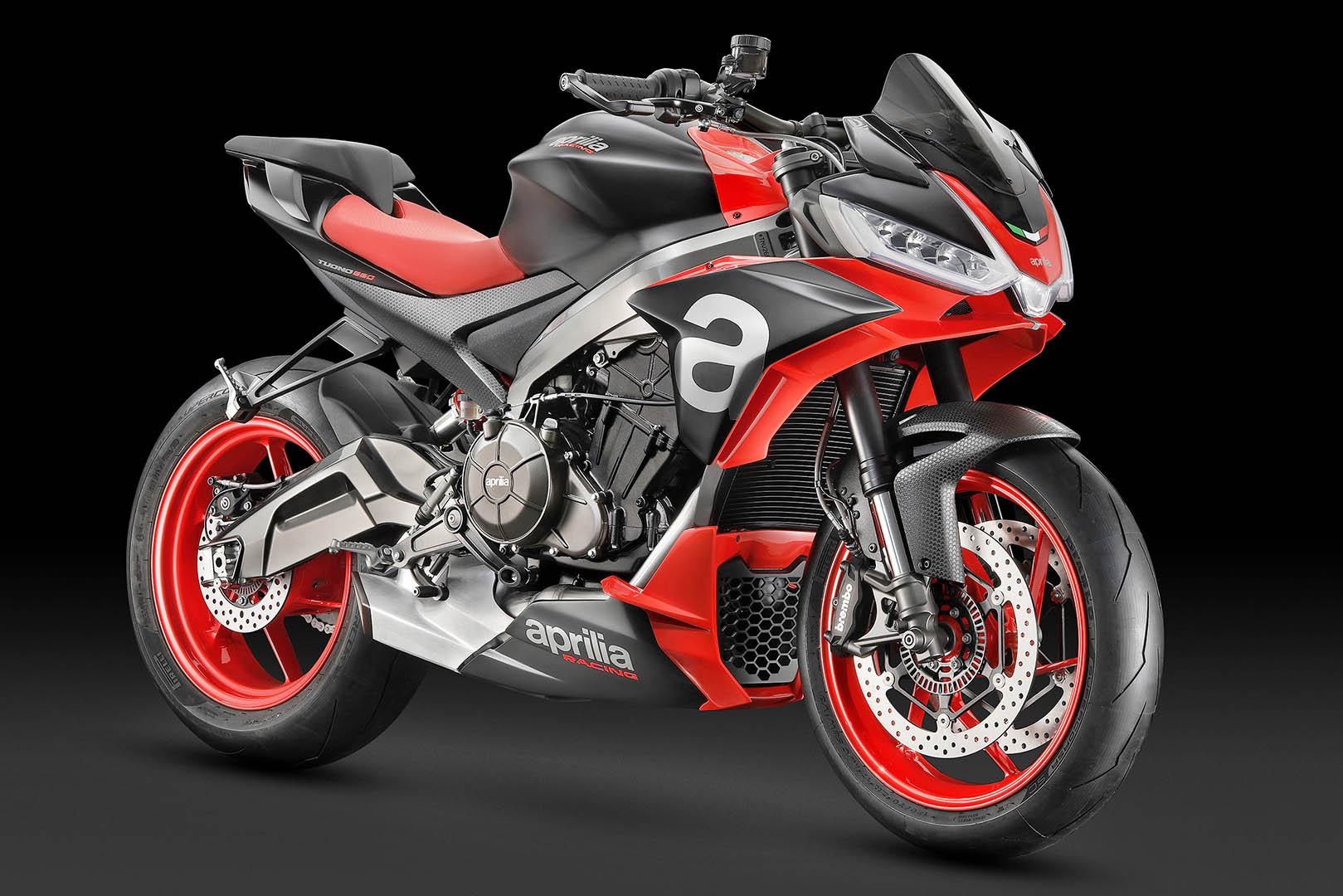 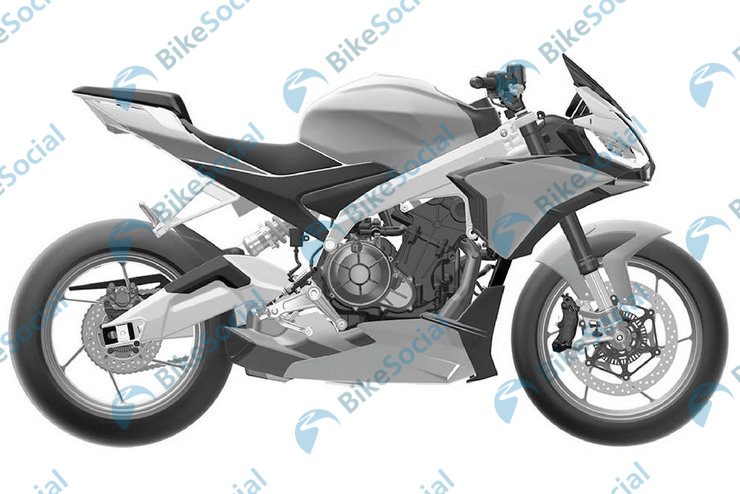 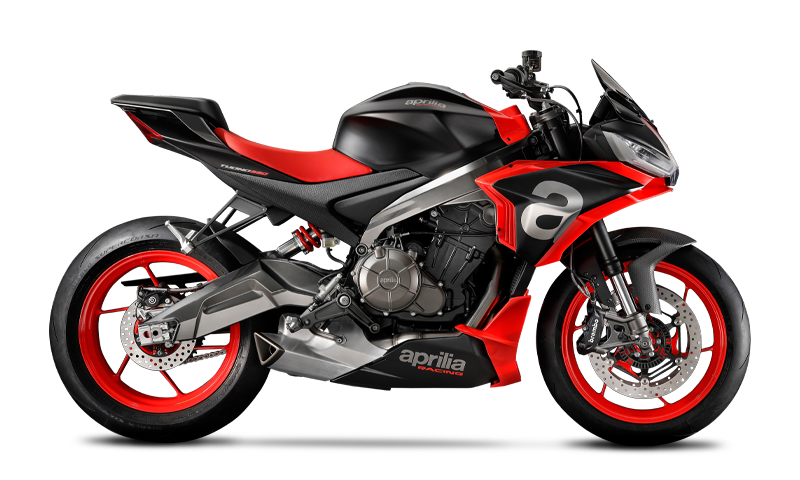