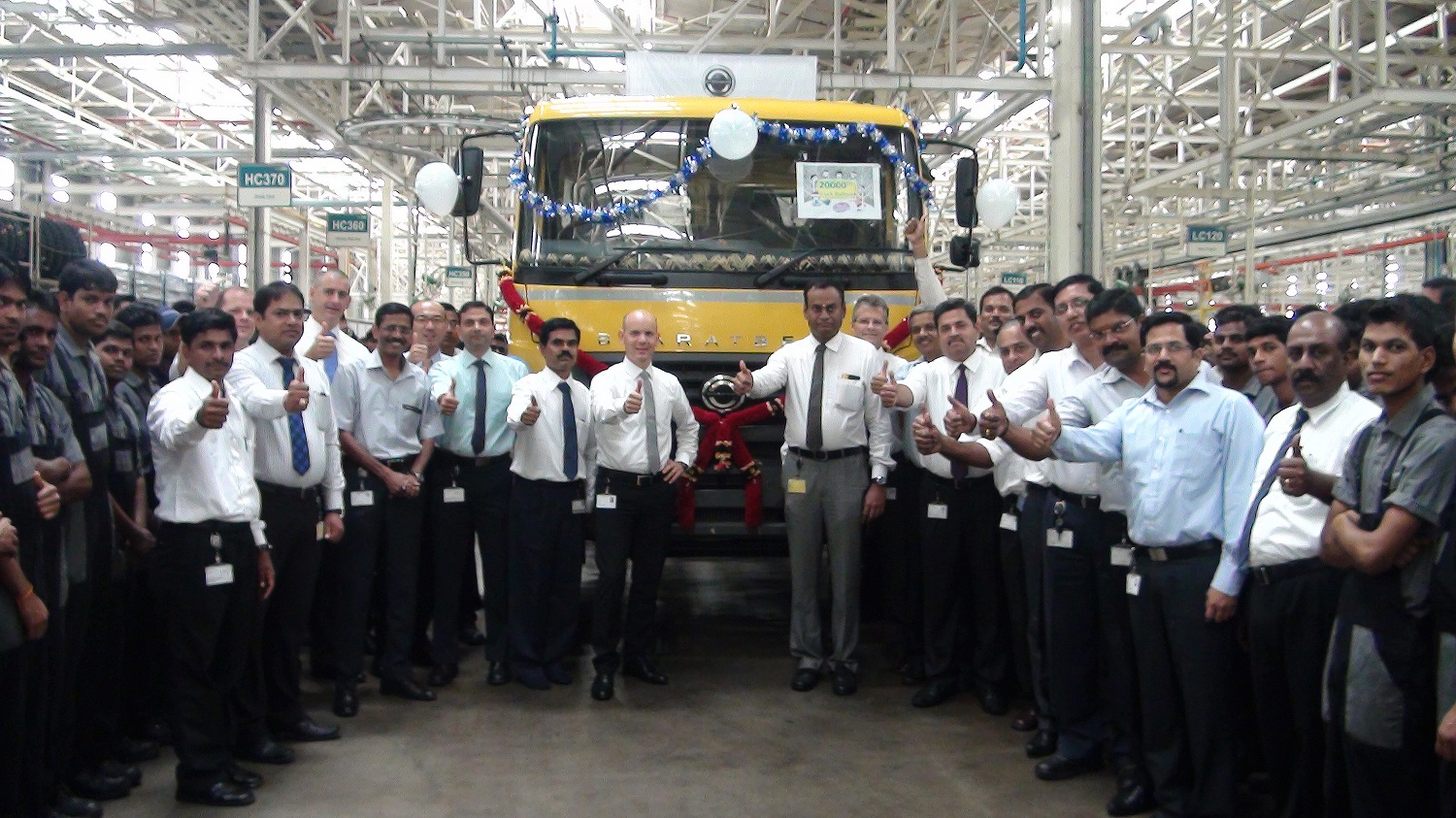 Two and a half years after start of production of the first BharatBenz heavy-duty truck, the 20,000th locally produced truck, a BharatBenz 2523C tipper, has rolled off the production lines at DICVs plant in Oragadam. About half of these 20,000 trucks have been manufactured just within 2014.

The DICV plant in Oragadam produces trucks and engines of the three brands BharatBenz, FUSO and Mercedes-Benz. Since the start of production of heavy-duty trucks in June 2012, DICV raised the production volume monthly. Along with the trucks presented in January 2014, three tractor trailers and one truck for construction-mining purposes, BharatBenz now offers vehicles in the range from 9t to 49t. In addition DICV assembles the Mercedes-Benz Actros from CKD (completely knocked down) kits in Oragadam.