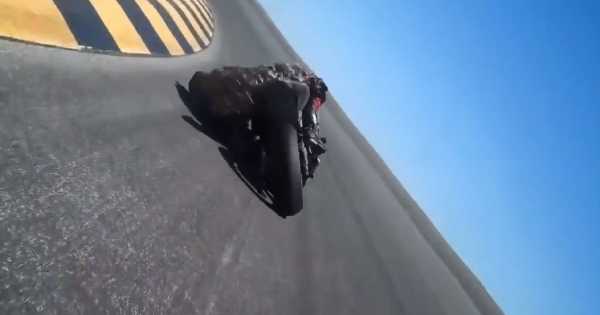 Racers and track riders in the early days talked about knee dragging. The act of scraping your knee on the tarmac. As technology advanced… Lean angles increased and then came the concept of elbow dragging. This daredevil takes it a step further by touching his head on the tarmac in mid corner. Miraculously he completes this stunt without crashing!

It’s recorded by a go pro camera mounted on the motorcycle following. By the looks of it, when he’s performing the act, it looks pretty easy. But we’re sure it must have taken him ages of practice. Check out the video below of this dude touching his head on the tarmac.