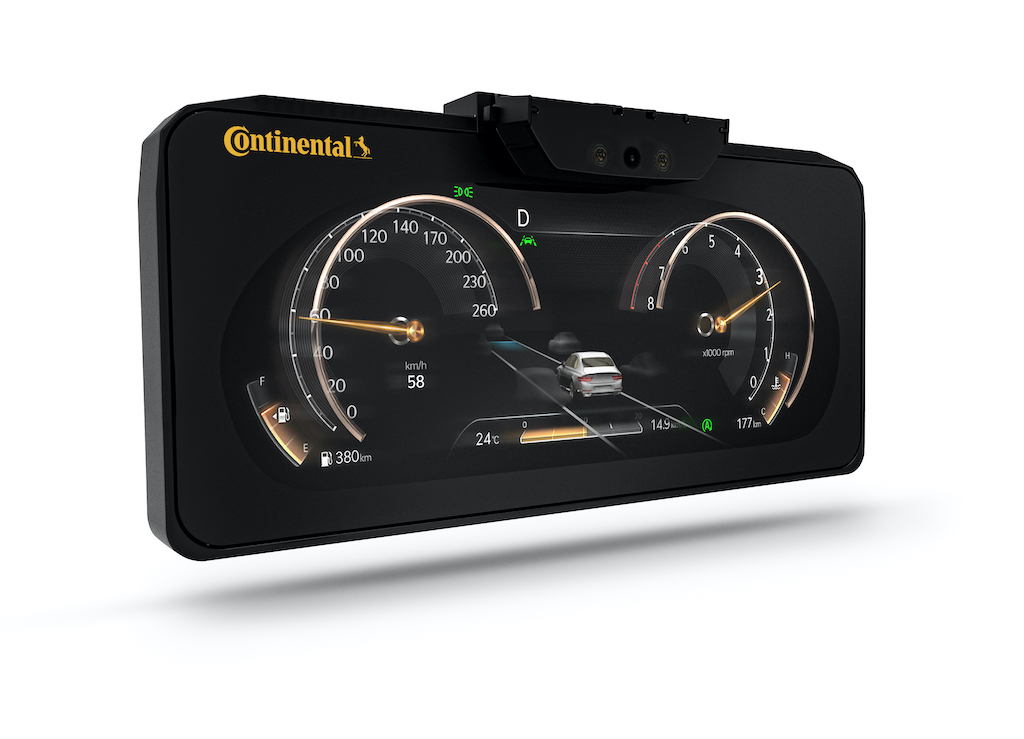 Automotive technology company, Continental has developed a three-dimensional instruments cluster which will be featured on the 2021 Genesis GV80 SUV. The three-dimensional display will not require any special 3D glasses and works using autostereoscopic 3D technology.

The screen display’s three-dimensional scales, pointer and objects and warning signs in the driver’s line of sight with the use of glasses. The brand uses a technology called parallax barrier which is essentially slanted stats that divides the image into two one for the left eye and one for the right, offsetting the image and making a three-dimensional image that makes the user feel as if they are looking at real objects.

The elimination of the use of special glasses comes from Continental’s interior camera that tracks and detects the driver’s eyes and adjusts the three-dimensional view with the driver’s head position. To prevent the driver from getting distracted by focussing on the three-dimensional screen too long the system also has an attention detection system. The system ensures that the driver is not overloaded with information and only relevant information is displayed.

Continental is also developing a cross-domain hub where a few high-performance computers will replace many small control units. The next-generation computers will integrate all the displays in a single unit and the driver will be able to share content on all available displays by means of gesture control. With gesture control, the driver will also be able to pull up navigation data and place the map on any of the displays with its desired position. With the new cross-domain tech all the displays can be merged to make all the information available for the driver as well as the co-driver.