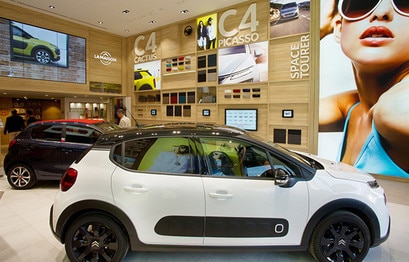 French car manufacturer Citroen is planning to enter the Indian market in 2021 with its flagship SUV the C5 Aircross. The brand is now in the process of opening dealerships starting with the nation’s capital. An image of the upcoming Citroen dealership has emerged on the internet that leads us to believe that the brand will be opening the order books soon. The new Citroen dealership appears to be in Phase 1 Naraina Industrial Area, Delhi.

According to sources, a large signboard outside an under-construction building has been spotted that reads “Bonjour Delhi!!!” (Hello Delhi) and “A French car icon now coming to your city.” It won’t be long before the brand opens up more dealerships around the country. In the recent past, Citroen had also announced that the brand wants to bring the ‘La Maison Citroen’ concept for its showrooms in India.

La Maison means ‘Home’ in French and Citroen and the has set up a number of showrooms under the concept worldwide. The La Maison concept claims to take very little space as small as 150 square metres to set up, which is quite exemplary for densely populated metro cities like Mumbai, Bengaluru, Delhi etc where the real estate is not only scarce but also expensive, which adds to the cost of the dealer partner. The new showroom in Delhi may not be the La Maison concept yet, but Citroen is likely to open up these small showrooms with attached coffee shops and book shops closer to high streets.

In the Indian market, Citroen plans to take the top-down approach by launching the C5 Aircross first which is likely to be followed by a compact SUV. Also, a small hatchback with flex-fuel technology and fully-electric powertrain could be on cards for the future. The Citroen Berlingo MPV has also been spotted in the Indian market, leading us to believe that the brand is expected to consolidate the portfolio between 2021 and 2023 with a range of cars across the segment. 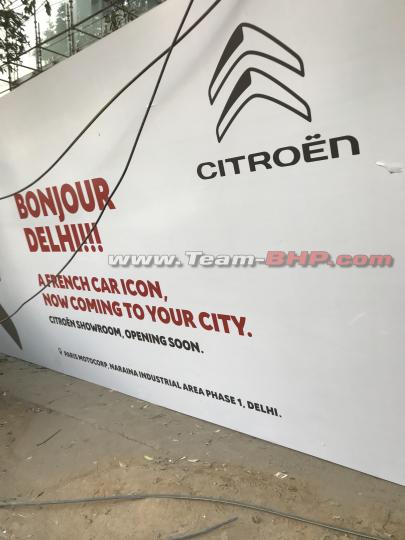