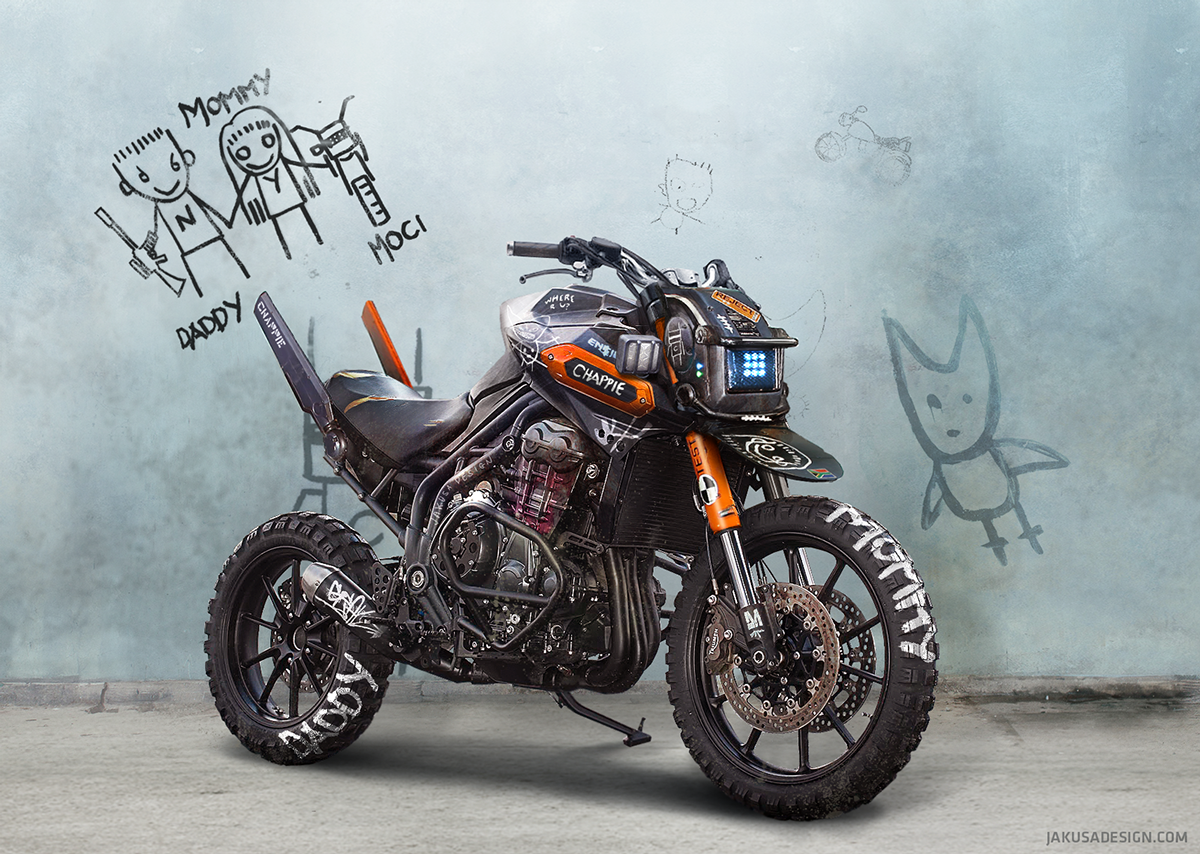 If you’ve seen the movie ‘Chappie’, you’d recognize the resemblance in the pic above. Hungarian design house ‘Jakusa Design’ have created a radical custom Triumph Tiger Explorer based on the Hollywood Si-Fi movie character ‘Chappie’. Chappie in the movie is an A.I attack robot created to fight the ever increasing crime rate in the city of Johannesburg. 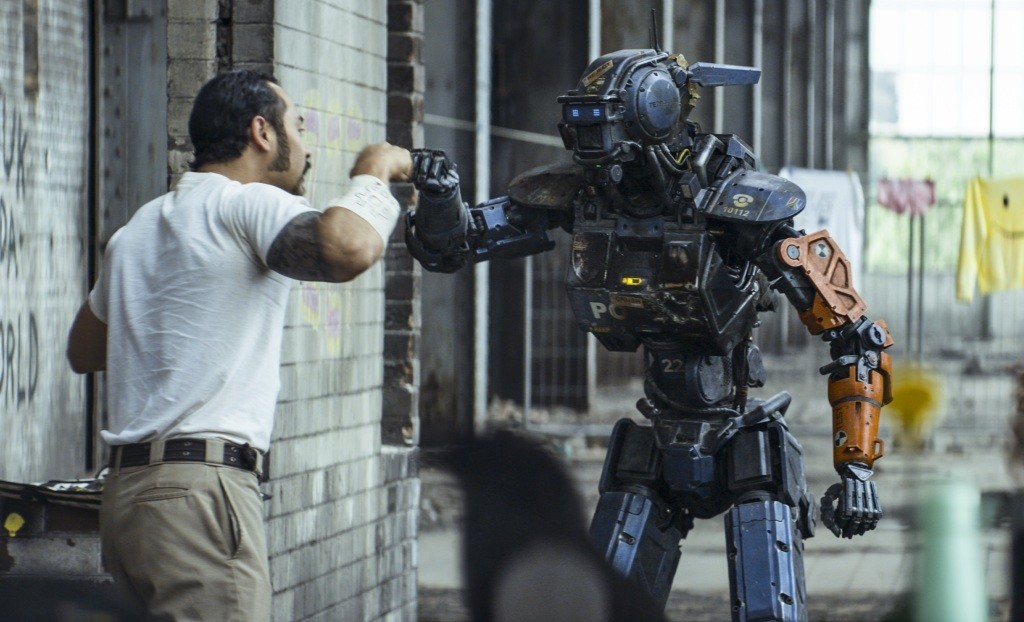 Chappie in a movie scene

Team Jakusa Design has given it a very ‘rat bike’ look. While most rat bikes look old and battered, this Tiger Explorer gives it a more transformer look. Keeping the structural integrity of the bike intact, the team has played a lot with colors and graffiti. We are astonished how much impact a simple paint and graffiti job can do.

Well they have added LED lights as the headlights to replicate Chappie’s eyes. The front fender has been replaced with an oval cut, flat metal piece. They have also removed the windscreen, mirrors and even the passenger seat. The passenger seats now have two blades that represent Chappie’s antennas. The spokes on the Tiger Explorer have been replaced by cast alloy wheels.

Jakusa Design has surely done a crazy job. Now we hope this bike is featured if there’s a Chappie sequel, probably an awesome chase scene. Pictures below. 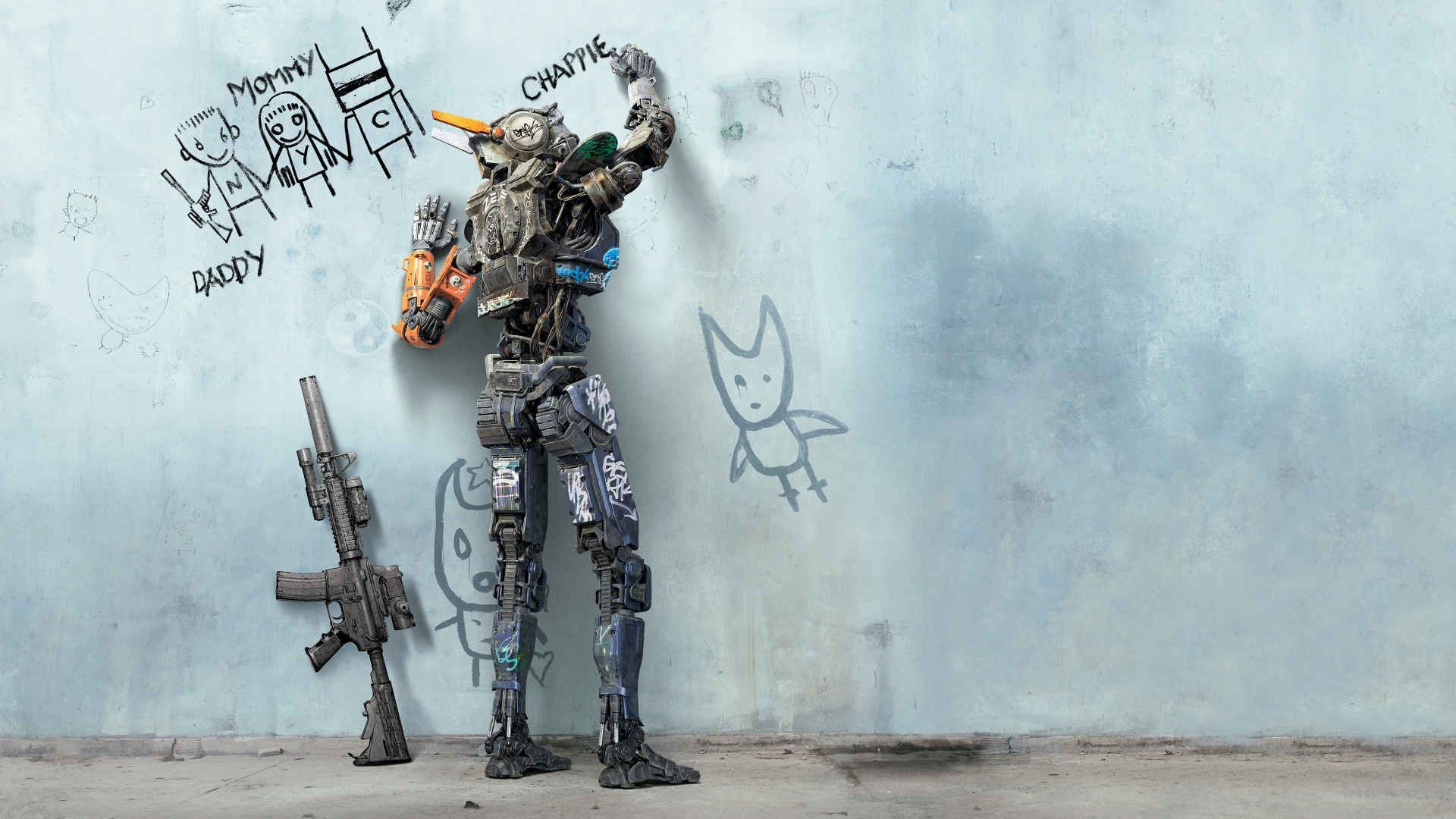 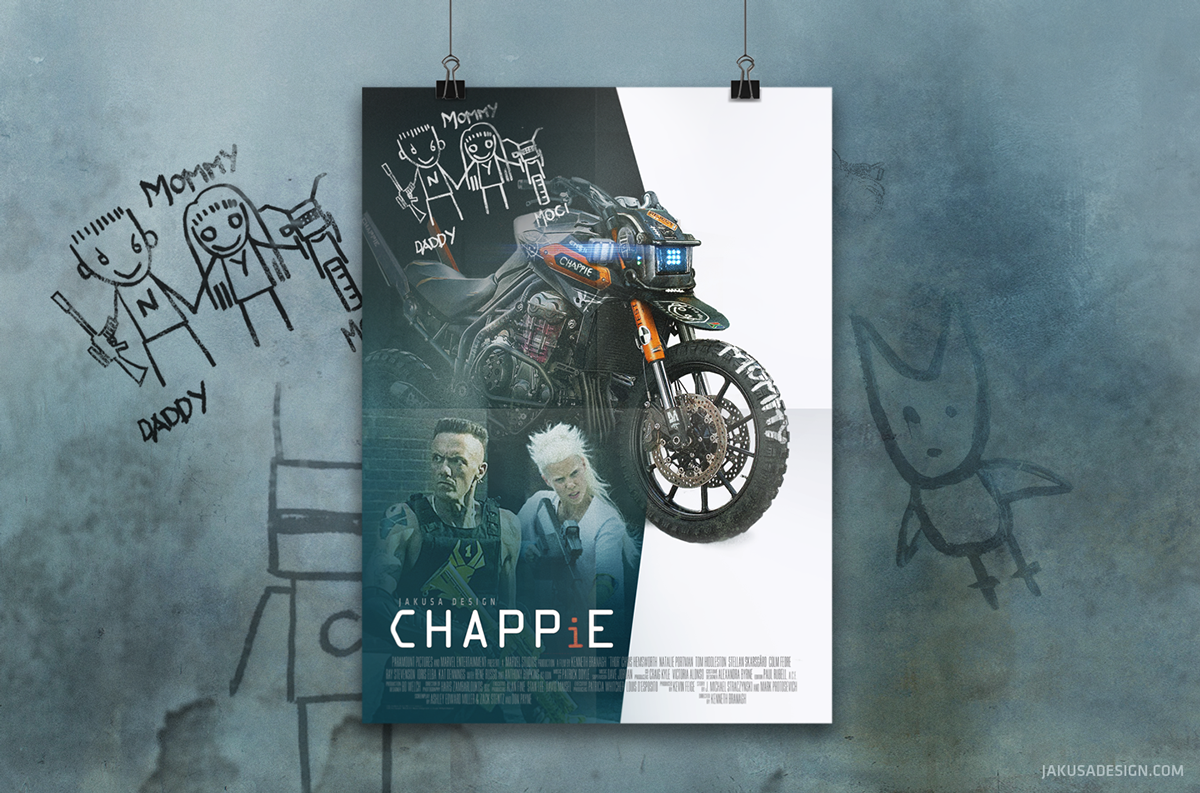 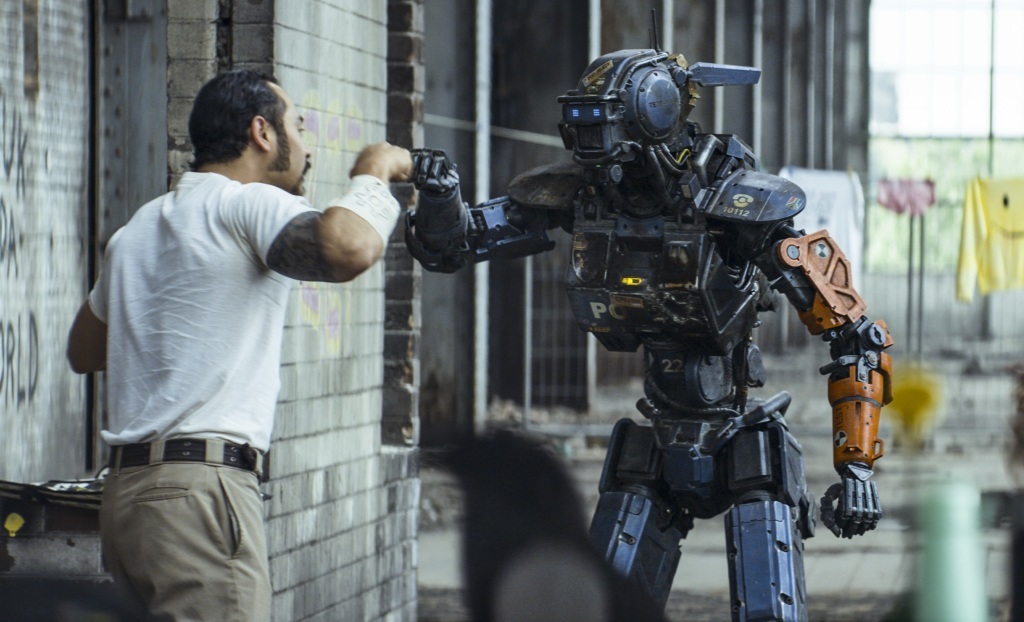 Chappie in a movie scene