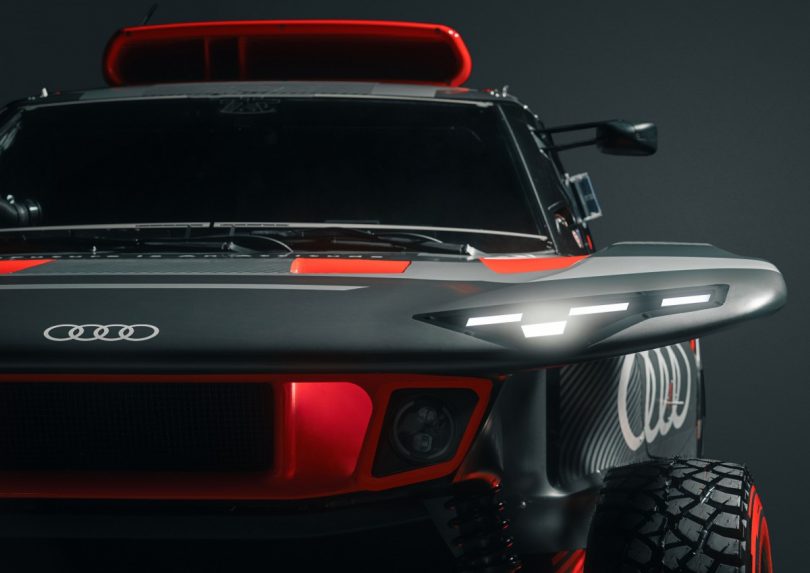 After the Audi RS Q e-tron won its first desert rally in Abu Dhabi in March 2022, the brand is ready with its next evolution. Ahead of the 2022 Morocco Rally and the 2023 Dakar Rally, Audi has unveiled the RS Q e-tron E2. The Audi RS Q e-tron E2 gets a completely new body which improves the aerodynamics. There are a host of changes under the skin as well. Audi says the RS Q e-tron E2 is reminiscent of the legendary Audi Sport quattro in its final development stage for Group B rallying in the 1980s.

Even though the rules for its class now have a minimum weight of 2,100 kg (up from 2,000 kg), Audi still wanted to make it lighter. The weight reduction and new bodywork also helped Audi lower the RS Q e-tron E2’s centre of gravity. The RS Q e-tron E2 measures 4,670mm in length, 1,950mm in width and 2,300 in height. Thus, making it about 170mm longer than its predecessor.

Changes to the bodywork also result in 15 per cent better aerodynamics than before. However, the top speed remains limited to 170 kmph as per the regulations. Better aerodynamics in an electric vehicle will still help with energy requirements. Audi went to great lengths to improve aerodynamics and used calculations entirely using Computational Fluid Dynamics (CFD).

Audi also made changes to the AC unit, which is important in desert racing. The brand says the compressor worked so aggressively that it could freeze the coolant at its maximum output. Hence, Audi made changes so that it now runs in an intermittent mode. This saves energy but still maintains interior temperatures.

The RS Q e-tron E2 continues to use the same range-extender powertrain as its predecessor. Thus, it gets a 2.0-litre 4-cylinder turbo-petrol motor that charges its 50 kWh battery. The battery pack, in turn, feeds 2 electric motors on each axle. The total combined output is limited to 400 HP. However, the powertrain is capable of delivering a bit over 670 HP. 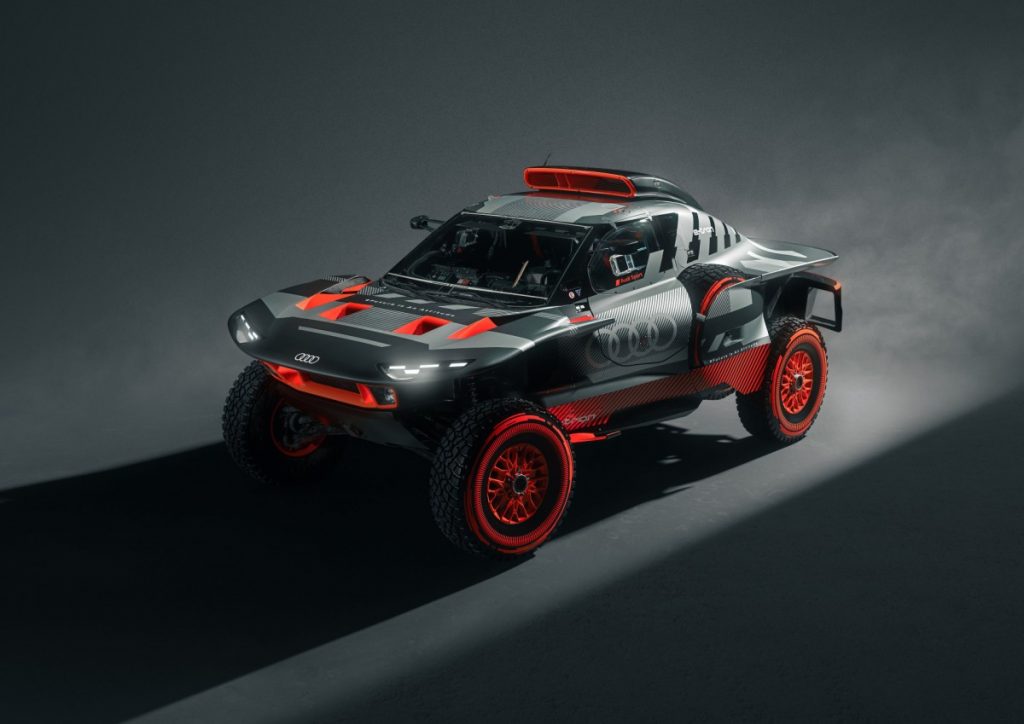 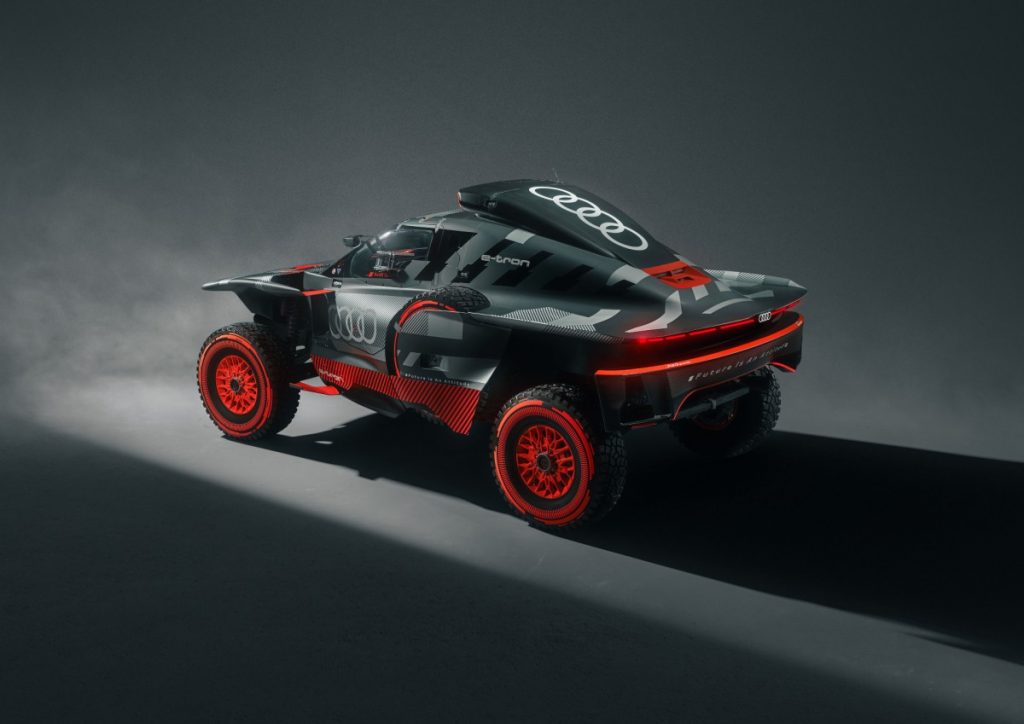 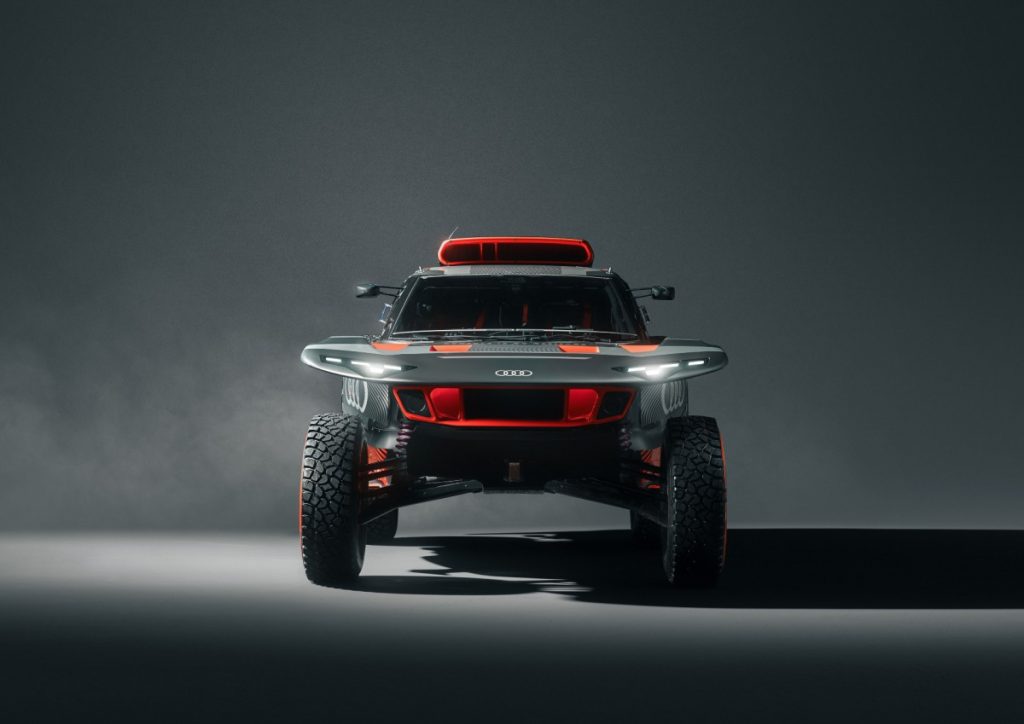 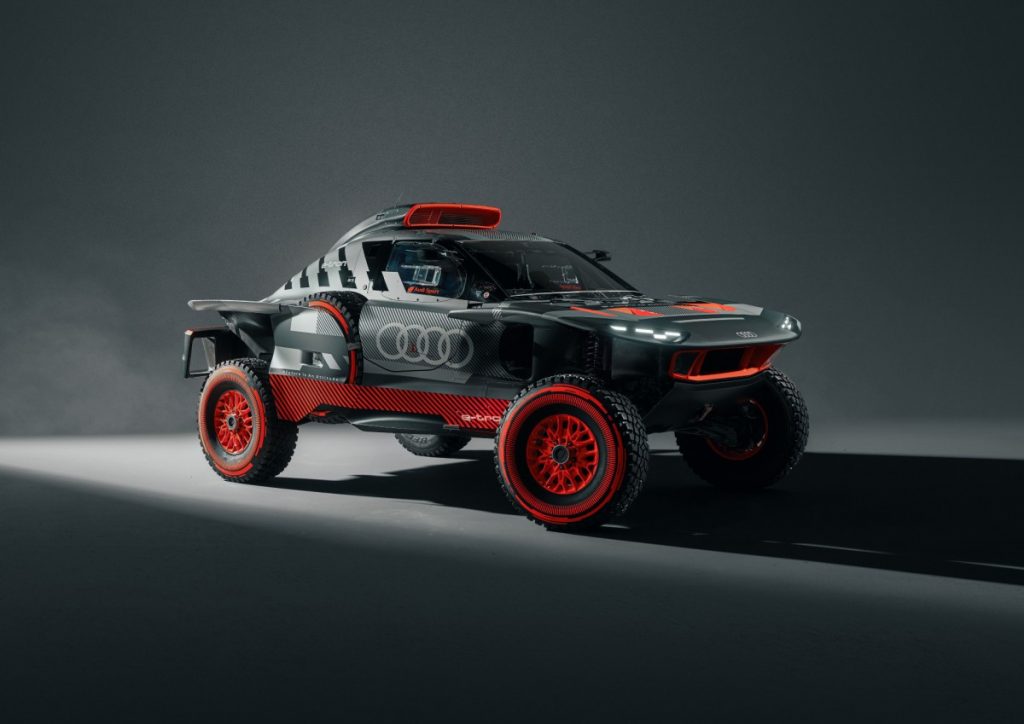 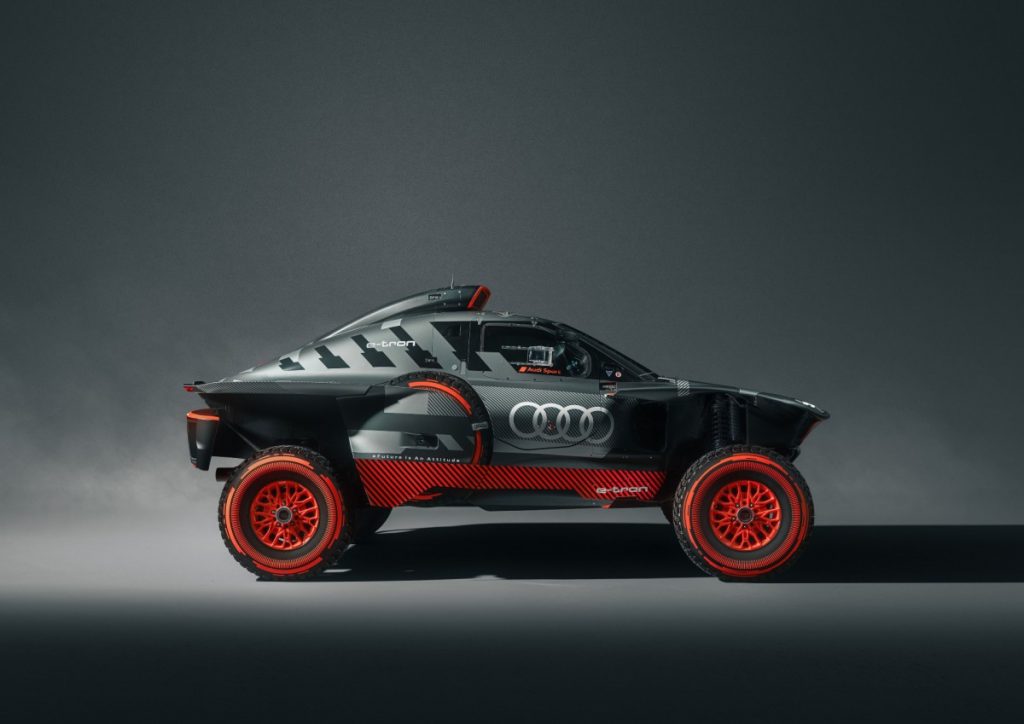 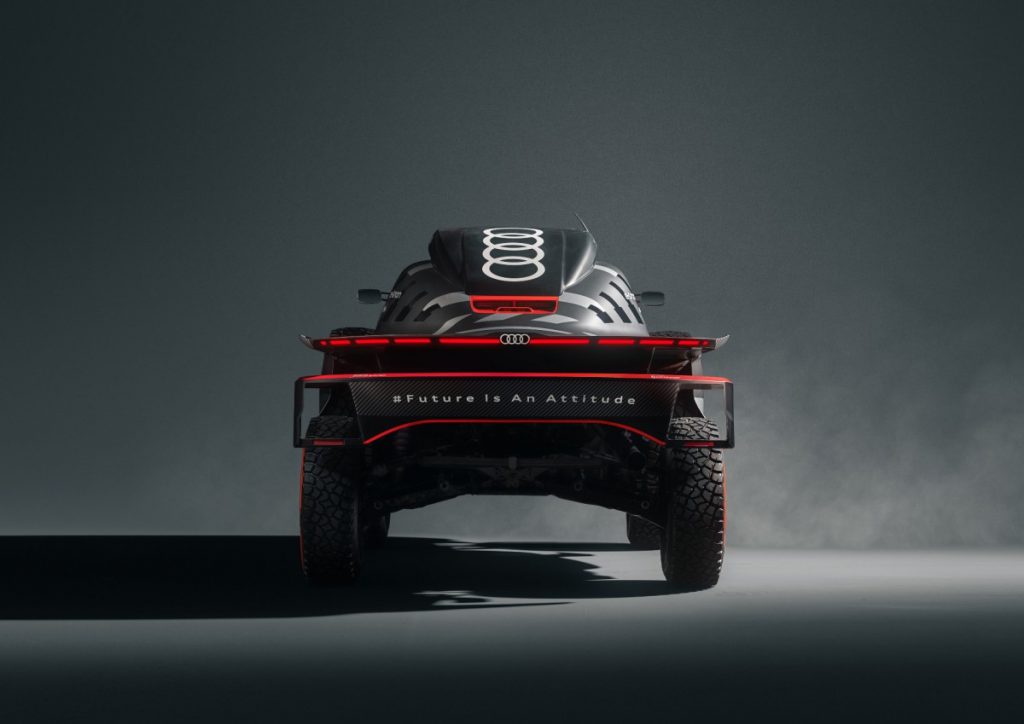