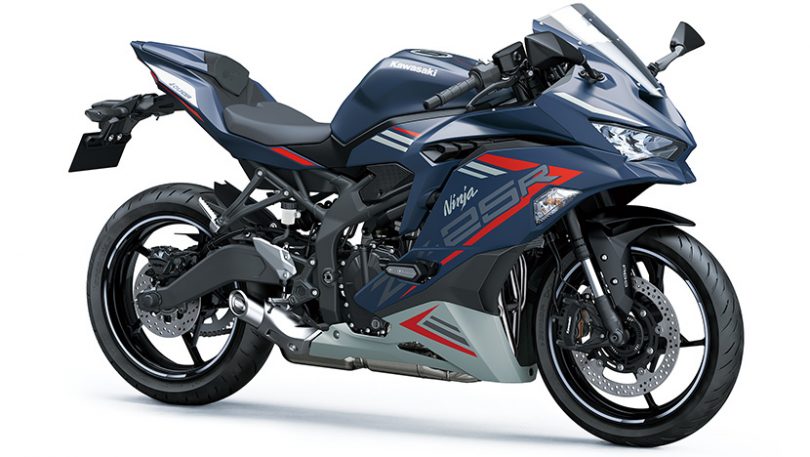 Kawasaki has unveiled the 2022 edition of the ZX-25R for the global market. And as per reports, this motorcycle won’t come to our shore. This is primarily because Kawasaki won’t be able to put on a competitive price for this motorcycle given India’s price-sensitive market. For this update, the motorcycle just gets a new color addition. And hence customers have the option to opt for this new Twilight Blue shade. Blue covers the maximum part of the motorcycle, with subtle red and white inserts. Moreover, the Kawasaki logo gets a grey finish. Other than this, there’s no mechanical or aesthetic update.

Based on a lightweight trellis frame, Ninja ZX25R is an outcome of Kawasaki’s advanced dynamic rigidity analysis. This makes the frame so much more agile and enhances flexibility greatly. The equipped arched swingarm helps to set up the short underbelly exhaust more centrally. And thus, this helps in providing the motorcycle with a much better balance. Similar to the outgoing model, the motorcycle continues to get a sharp split LED headlight setup, taillight, turn indicators on side fairings and a semi-digital instrument cluster.

Powering the motorcycle is a 249cc inline four-cylinder engine. The performance figure reads as 45 BHP and 21.1 Nm. And this makes it the most powerful motorcycle in this segment. The equipped gearbox is a 6-speed unit that gets assist with a slipper clutch.

As per today’s standard, ZX-25R gets all the necessary equipment kits. This includes traction control, a quickshifter, a USB charging port, two power modes,  and full-LED lighting for the headlamp and tail lamp.

Kawasaki’s Ninja range consists of five titles. From the global market, there are rumours suggesting that Kawaski could bring in the Ninja 400 for the Indian market. Recently to celebrate the 50th anniversary, Kawasaki launched anniversary editions. The motorcycles that were a part of the launch are Z650, Z900, Z650 RS and Z900 RS. 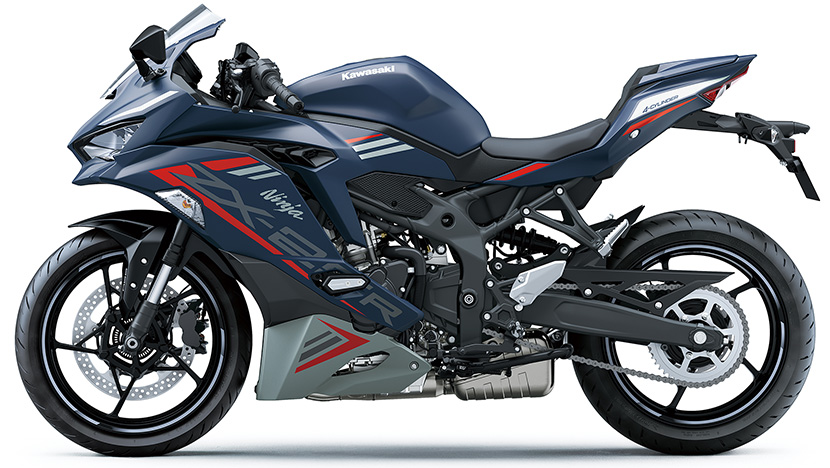 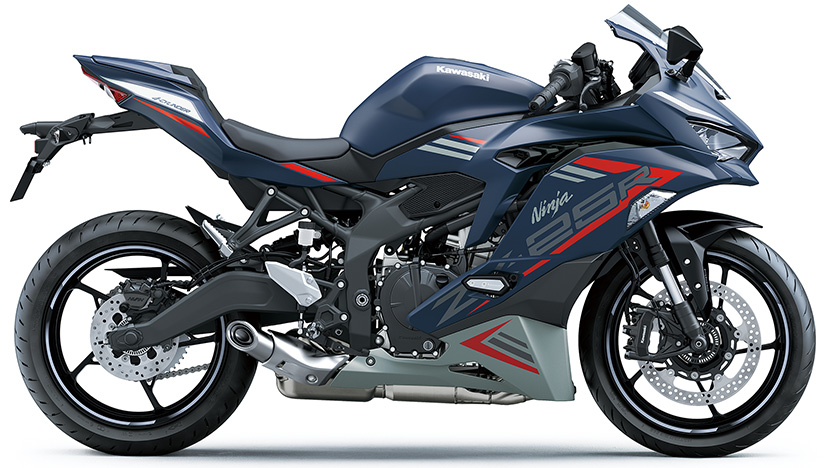