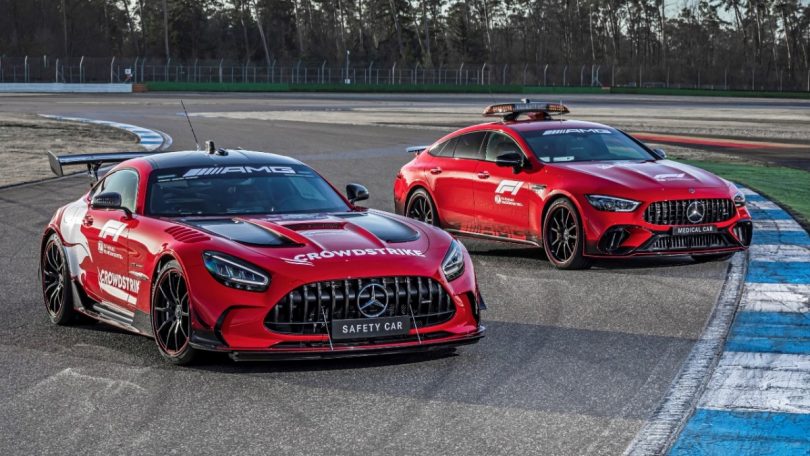 Continuing its 26-year legacy of providing safety and medical cars FIA’s Formula One championship, Mercedes-AMG has unveiled its latest iterations. For the 2022 Formula 1 season, Mercedes-AMG will offer the AMG GT Black Series and AMG GT 63 S. The former will act as the Official F1 Safety Car, whereas the latter will act as the Official F1 Medical Car. The two cars will make their official on-track debut at the 2022 F1 season opener in Bahrain between 18th-20th March.

Similar to the 2021 season, both Mercedes-AMG’s Official F1 Safety Car and Medical Car will feature distinctive red paintwork. The striking colour is a match not only for Mercedes AMG but also for ‘CrowdStrike’, who will continue their official sponsorship. CrowdStrike has partnered with the Mercedes-AMG Petronas F1 team since 2019, wherein it redefined security by offering an advanced cloud-native platform. This has allowed CrowdStrike to protect and enable the people, processes and technologies that drive modern enterprise in F1.

The colour red is symbolic of CrowdStrike’s promise to stop breaches along with cementing its cooperation with Mercedes-AMG and FIA. Meanwhile, the Official F1 Medical Car bears the FIA Formula One World Championship emblem along with the AMG logo. Both cars feature aerodynamic elements that are black in colour, which continues with the lower portion of the bodywork. The overall look is rounded off by black AMG alloy wheels edged in red and light bars on the roof.

Starting with the Official F1 Safety Car, the AMG GT Black Series is in its most powerful iteration yet. Designed specifically for the racetrack, the AMG GT Black Series sports an uprated 4.0-litre, twin-turbo V8 developing 730 PS. The sports car also features a stiffer chassis, a new fully-adjustable suspension, intelligent lightweight engineering, and active aerodynamics. Mercedes-AMG claims that no other road-legal model from its portfolio currently comes even close to showcasing motorsport performance than this.

The Official F1 Safety car also comes standard with a 7-speed AMG, dual-clutch transmission, titanium silencer, and a twin-pipe exhaust. Other details include adaptive dampers with three presets, adjustable camber for front and rear, carbon-fibre shear plates, and electronically-controlled engine/transmission mounts. Finally, the Mercedes-AMG Black series gets the AMG Track Package on the interior and additionally monitors to observe the track. Mercedes-AMG has also ensured to seamlessly integrate the signals of the safety car into the vehicle for the 2022 F1 season.

The Official F1 Medical Car- a Mercedes-AMG GT 63 S 4MATIC+ will act as a standby vehicle for rapid response. The Medical Car consists of a 3-man medic crew that includes the FIA’s Medical Rescue Coordinator, Dr Ian Roberts. Meanwhile, the Mercedes-AMG GT 63 S 4MATIC+ takes the mantle of the fastest and most powerful medical car in F1 history. Its 4.0-litre V8 bi-turbo engine delivers 640 PS, allowing it to accelerate from 0-100 kph in 3.2 seconds. 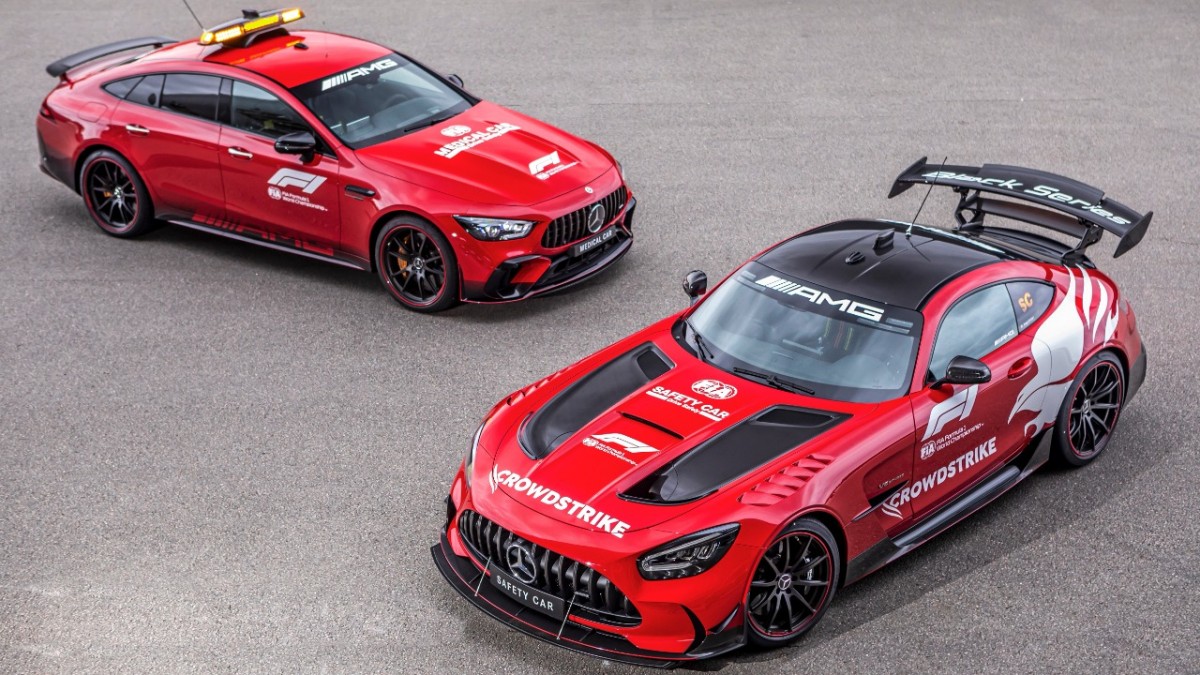 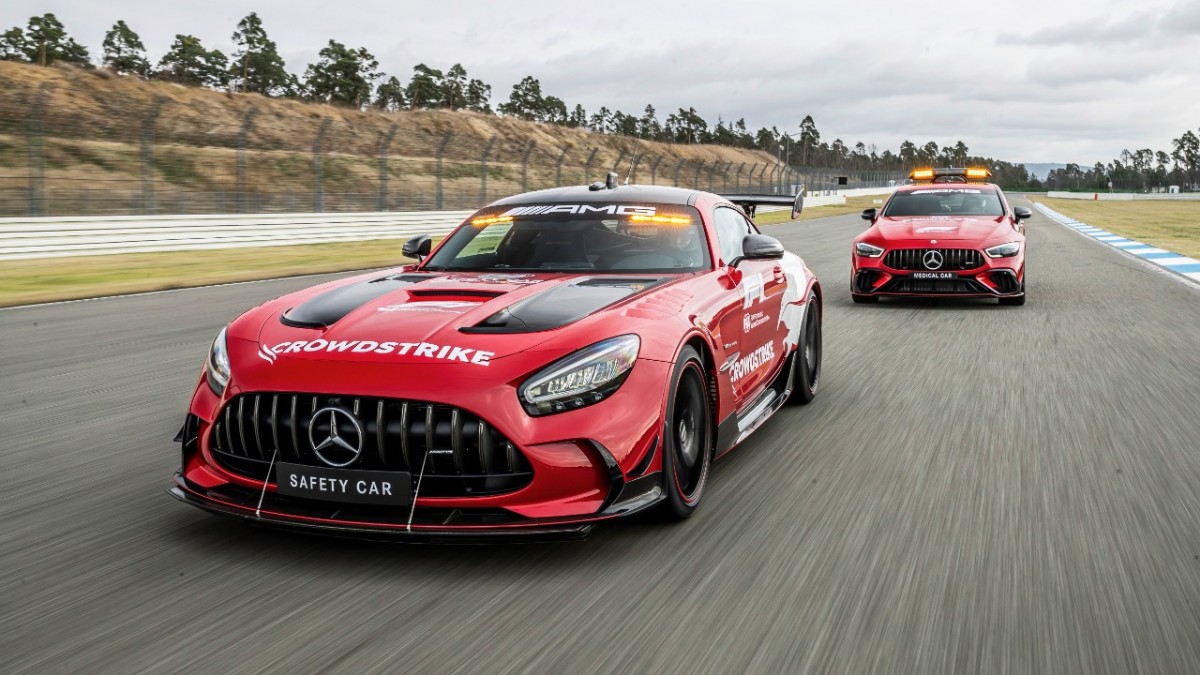 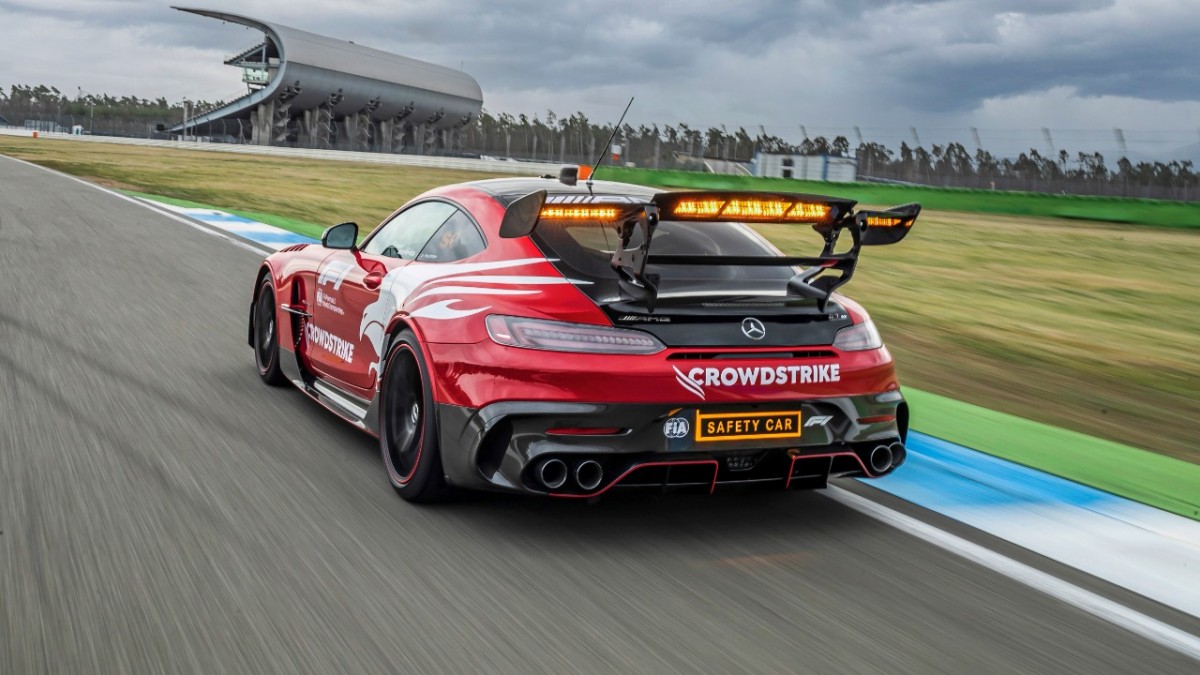 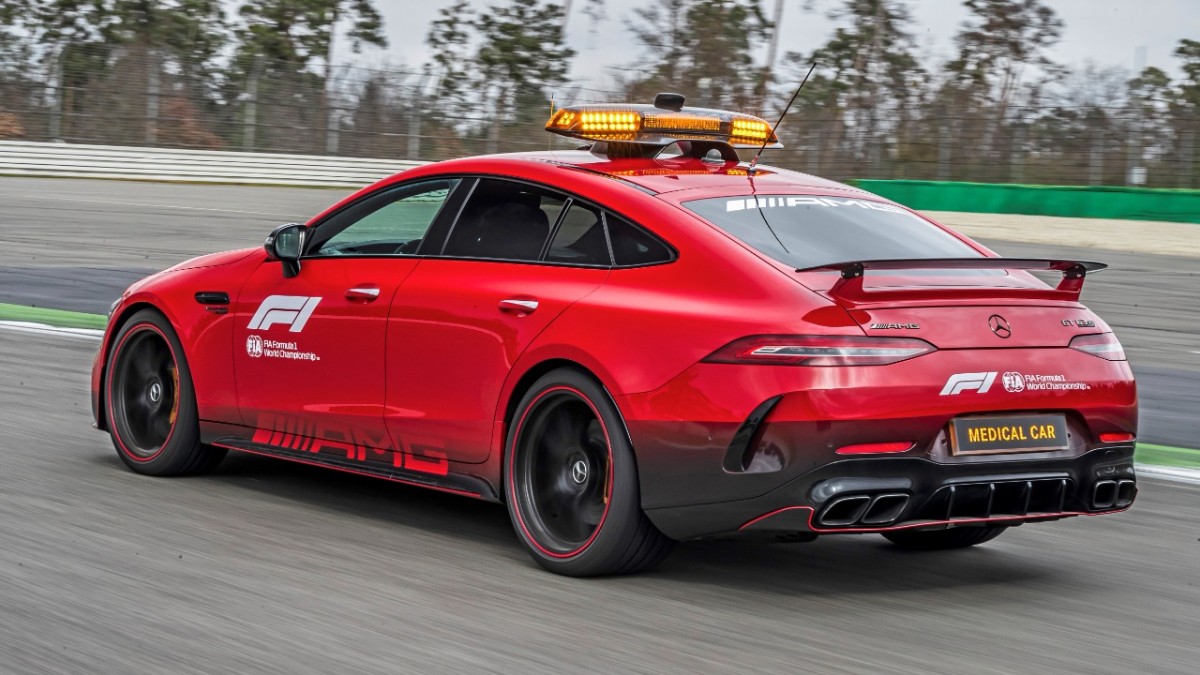 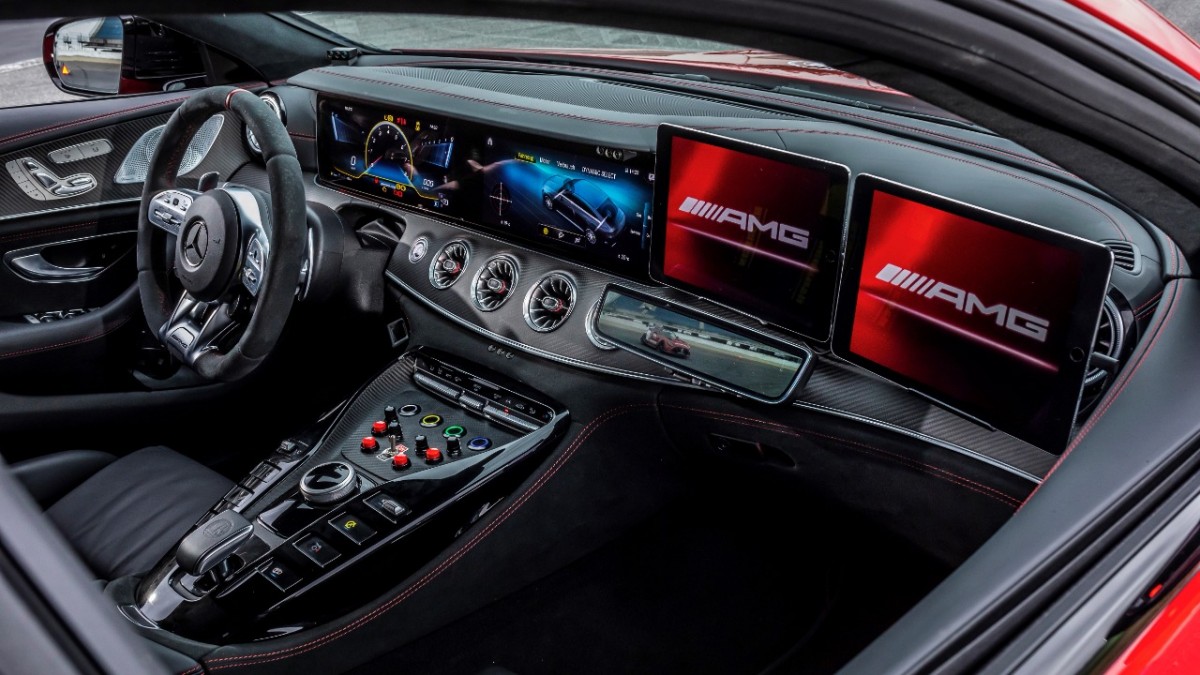