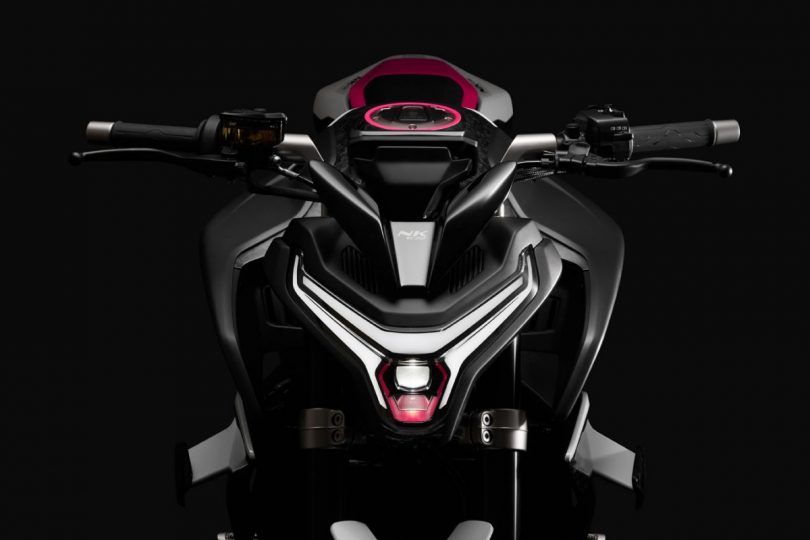 At the CFMoto 2022 Autumn Strategy Press Conference, the bikemaker declared its vision to lead in the rapidly evolving global market. For this, the brand will introduce a new ‘Intelligent + Electrification’ strategy. The brand also announced its C-LINK platform. CFMoto says it is a game-changing new motorcycle intelligence platform.

In addition to this, CFMoto also took wraps off its latest concept motorcycle, the NK-C22. The new concept follows a similar theme to CFMoto’s last concept, the SR-C21, which later became the 450SR in production form.

Unlike the previous concept from the Chinese bikemaker, the NK-C22 is a streetfighter motorcycle. However, like the SR-C21, the NK-C22 also features a similar black and red theme going on. At the front, the NK-C22sharp looking headlight housing with large LED DRLs and a projector unit below them.

On the sides, the bodywork is sharp, and the radiator shroud also cuts down on the visual mass. There are also aerodynamic winglets. The wheels get a unique design. Furthermore, the wheels sport forged-carbon covers as well. At the rear, it gets a sharp-looking and short tail section with LED taillights and a high-set twin SC Project exhaust system.

As for the hardware, it runs on upside-down forks at the front and a monoshock at the rear. As for the braking hardware, it uses dual discs up front and a single rear disc at the back. The NK-C22 also gets a single-sided swingarm, which shows off the wheels and forged carbon covers.

As for the powertrain, there are not many details available. However, it is likely that NK-C22’s production model will borrow the engine from KTM. There is no confirmation about its positioning as well. If CFMoto decides to position it in the middleweight segment, it will likely also get a host of electronics. 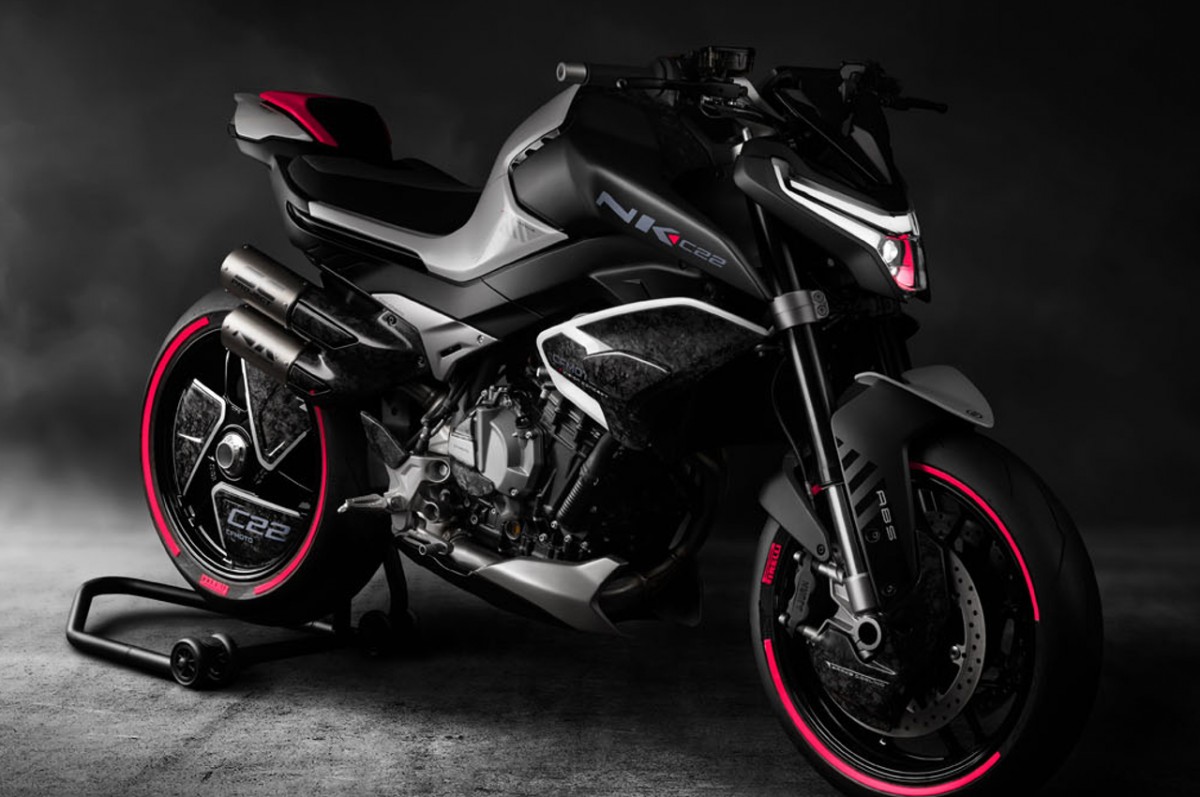 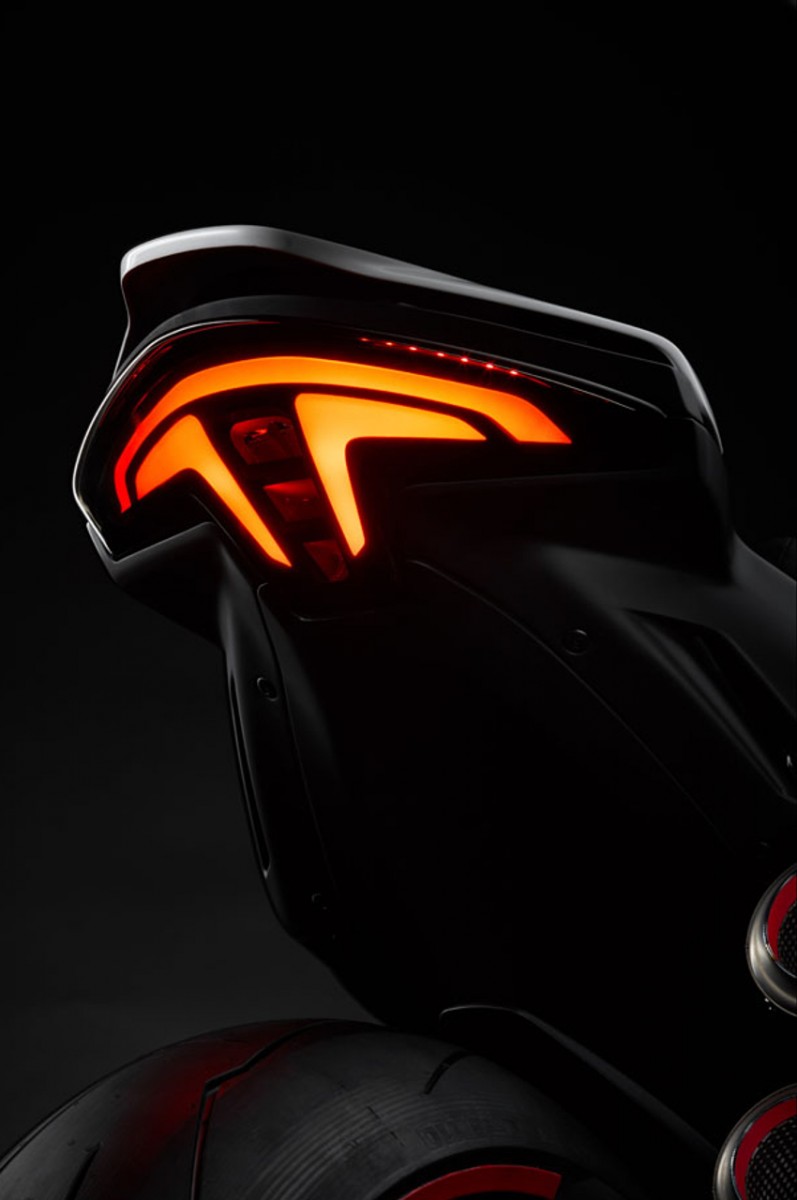 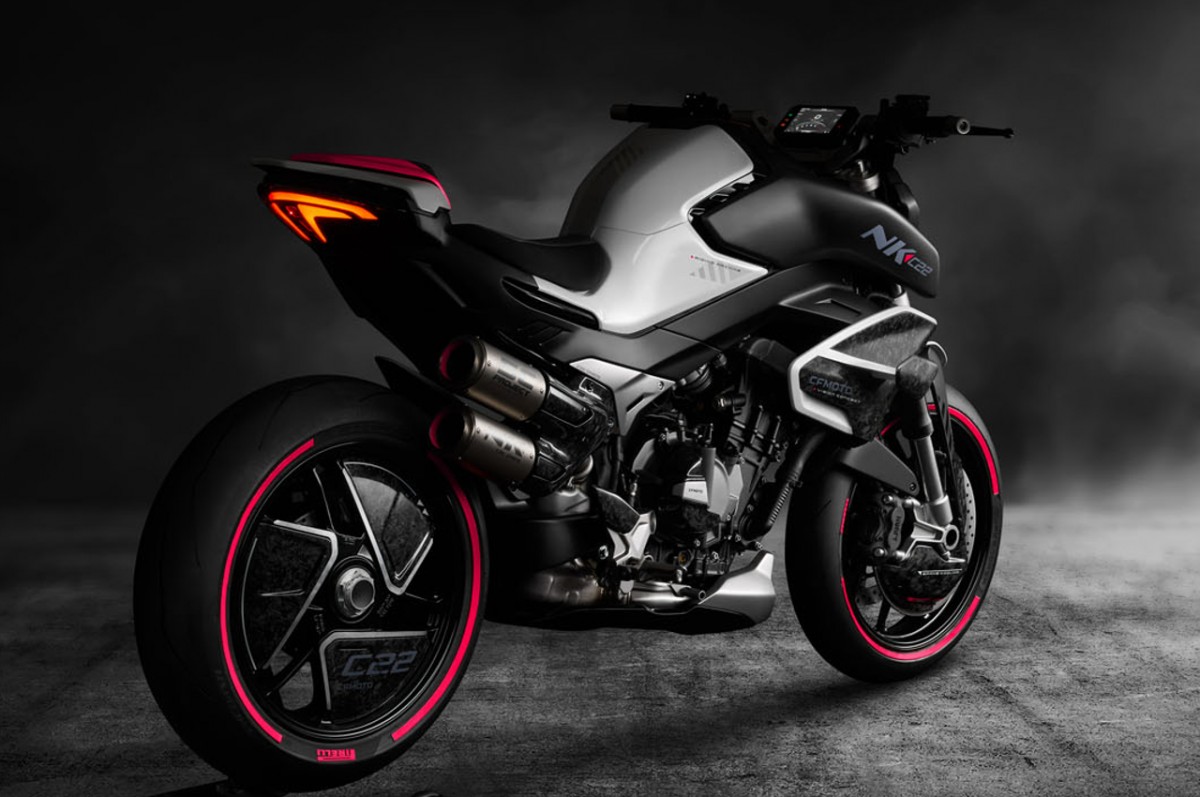