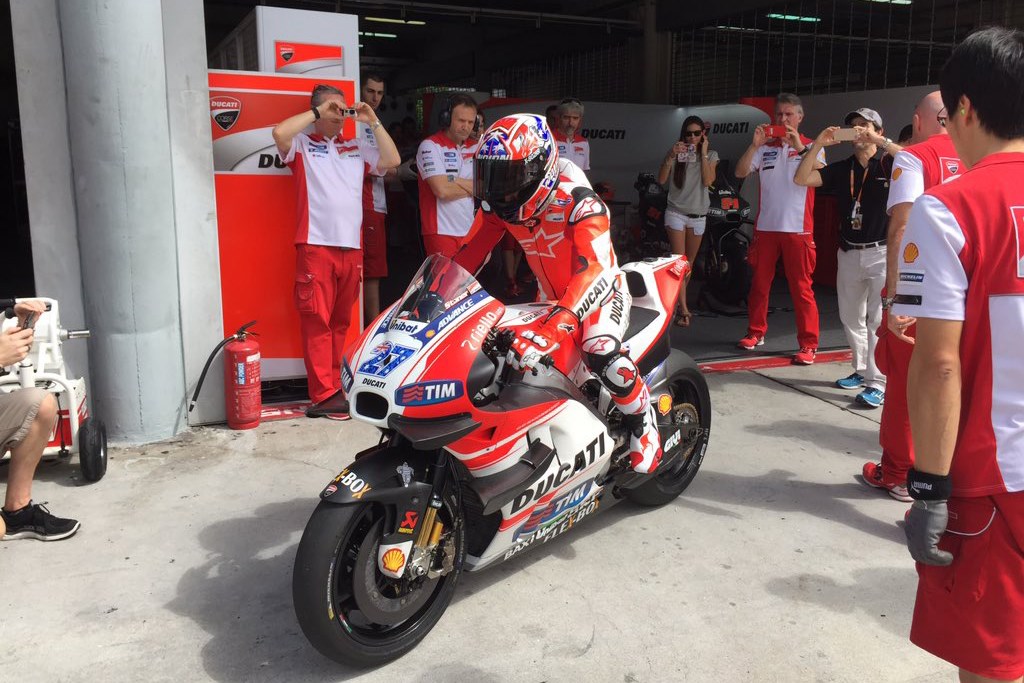 Making his official return to the MotoGP madness, Casey Stoner, test rode his GP16 Ducati yesterday early morning at the Sepang Circuit. The Australian racer will be completing his two day schedule of tests at the SIC (Sepang International Circuit) ahead of the start of first official pre-season testings that are planned to start from Monday.

Two time world champion, Casey had not been on a Ducati since 2010 after winning his world title. After that he switched to the Honda Repsol team where he won his second title and retiring eventually.

However, it’s not been decided yet if will he race, as he is currently acting just a test rider for Ducati in order to make their bikes more fast on the track. Still, rumors float around about his comeback as a racer in the 2016 MotoGP season.

There are wild card entry options for Casey to reach the starting grid. Let’s hope that he does make it, and MotoGP gets more exciting than it already is.