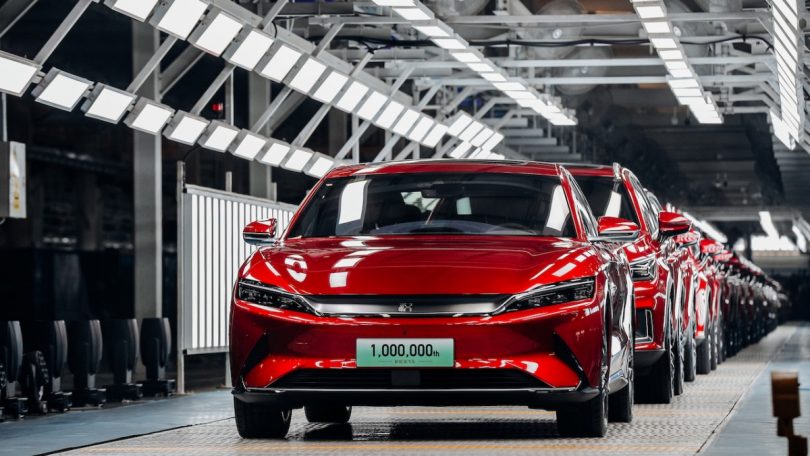 The celebration also coincides with another landmark announcement for the brand. BYD also announced that the brand is entering the European passenger car market. The brand is ready with its first batch of 100 pure-electric BYD Tang SUVs prepared for delivery in the Norwegian market. BYD also announced that the brand would deliver 1500 Tang SUVs to Norway before the end of 2021. The initial 100 cars will be delivered to customers in Norway by the third quarter of 2021. The BYD Tang SUV comes with an 86.4 kWh capacity battery that offers 505km of range on a single charge according to the NEDC. The SUV can also accelerate from 0-100 km/h in just 4.6-seconds.

The brand celebrated the landmark achievement at the headquarters and manufacturing facility in Shenzhen. BYD revealed that the one-millionth car to roll off the production line is the Han EV. The brand boasts of having pioneered new energy vehicle (NEV) manufacturing and development of battery technology. The first NEV model to make its debut was the all-electric concept car, ET.

The BYD ET made its debut at the Beijing Auto Show in 2004. Following the ET concept was the F3DM, which is the world’s first mass-produced plug-in hybrid NEV. The BYD F3DM made its debut in the year 2008. The BYD Han made its debut in 2020, and the electric car claims twelve records global records and nine in China for its performance specs.

BYD Celebrates the event with customers

To celebrate the one-millionth landmark sales achievement, BYD has invited 100 BYD vehicle owners to mark the occasion. The brand also invited VIPs from government departments, associates, partners and suppliers. More than 400 media guests also marked the event. The ceremony also saw ten customers, including owners of the 100,000th and the one-millionth vehicles. Another eighty BYD car owners assembled their cars in a specially choreographed display, forming the ‘1,000,000’ number inside the BYD’s global headquarter’s central square. 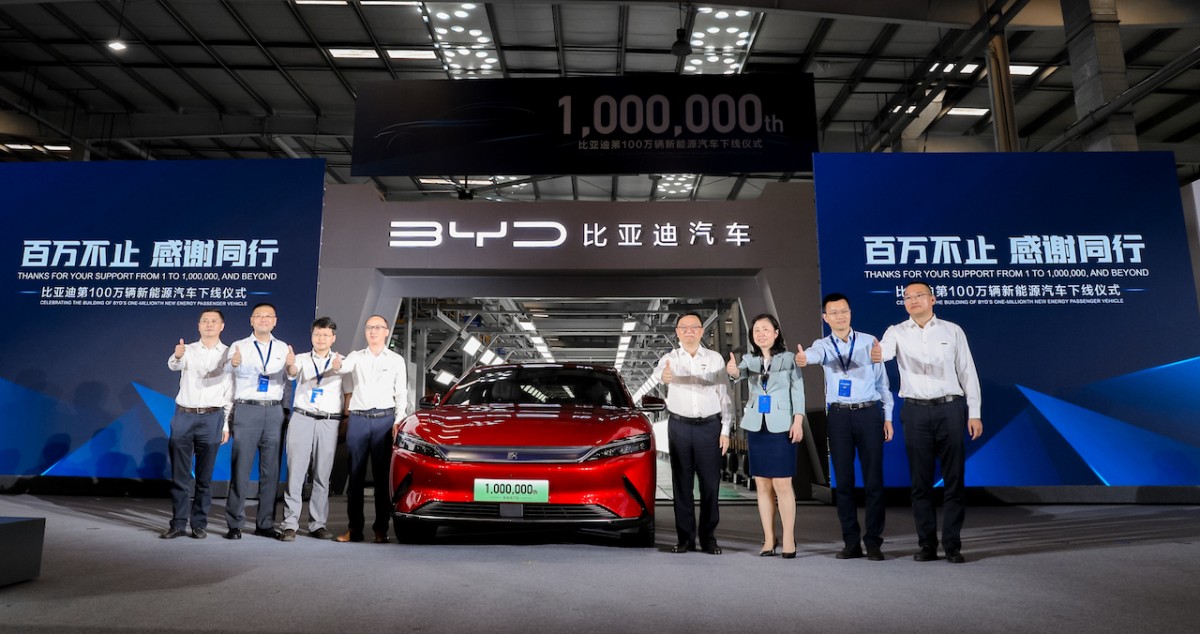 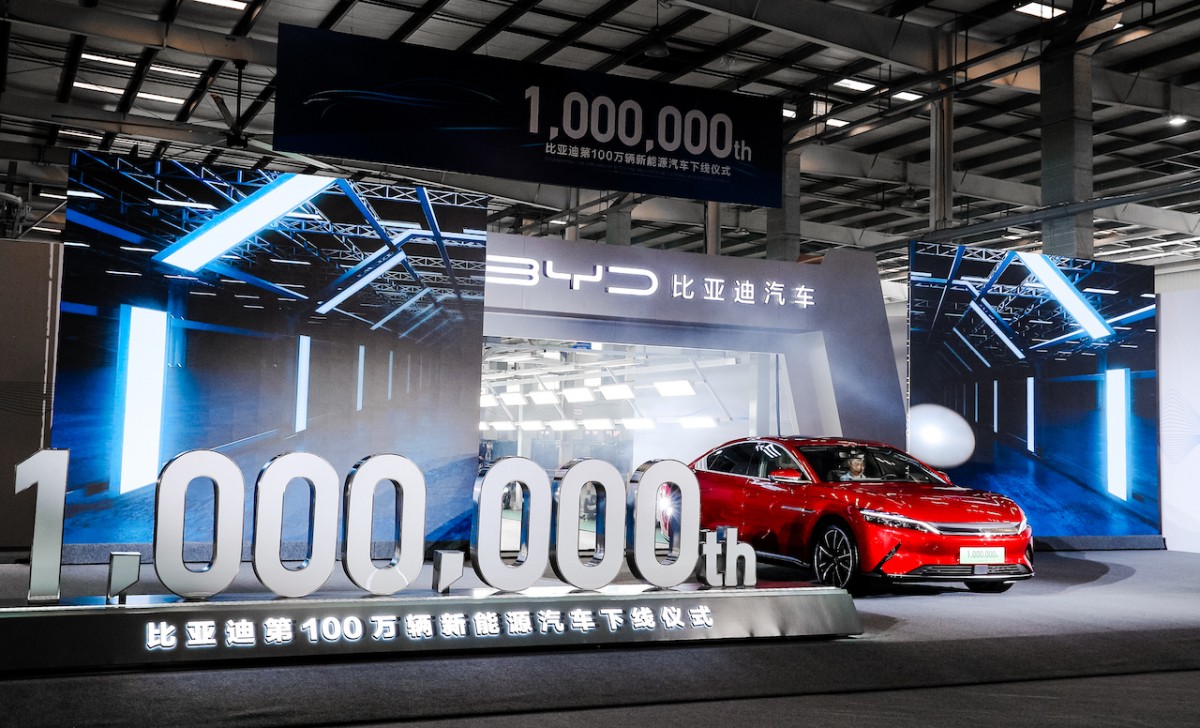 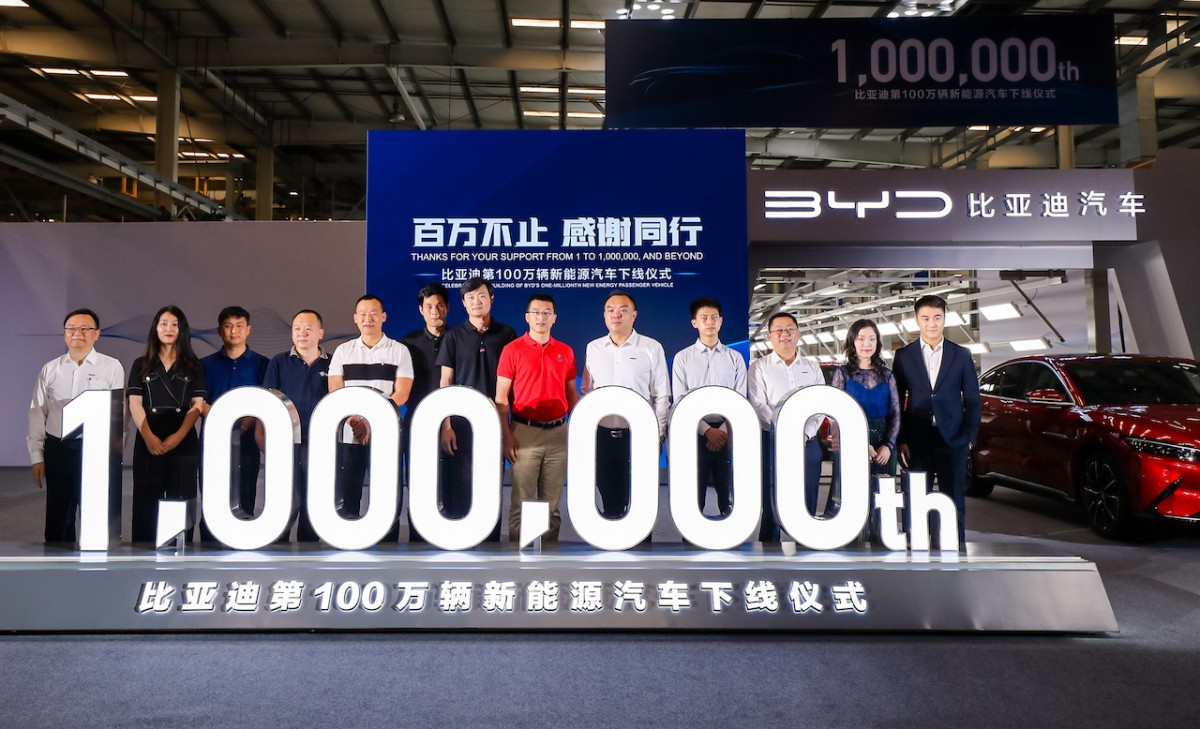