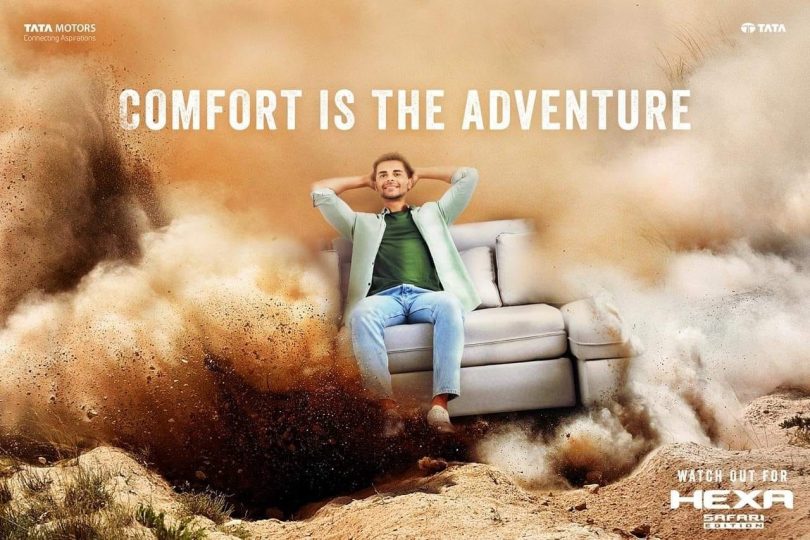 Tata Motors’ ‘Hexa’ was launched in the Indian market back in 2017, the SUV/MPV cross was the brand’s flagship vehicle until the launch of the Harrier. Again the Harrier will be switched to the 2021 Tata Safari when it launches in the Indian market. But the brand which showcased the Hexa Safari cross at the 15th edition of the Auto Expo in Delhi, earlier on Twitter confirmed that the brand might launch the Hexa Safari later in 2021.

Tata Motor Cars have now deleted the query reply from the social media platform. At the beginning of 2020, alongside the Auto Expo, the brand also teased that Hexa Safari Limited model will soon be arriving on Indian streets, but amidst the COVID-19 pandemic and the associated lockdown as well as the supply chain disruption the plans for launching the Hexa Safari could have been deferred.

Now it seems that Tata could bring the project back from the shelves and launch the Hexa in a new avatar by the end of 2021. The Hexa Safari is expected to come with an updated powertrain and 4×4 technology to justify the Safari moniker. The Tata Safari, on the other hand, is expected to be launched in the 4×2 configuration but the OMEGA-ARC platform is compatible with both 4×4 as well as electrification which means the Safari could come with 4×4 and mild-hybrid technology in the near future.

Tata used to sell the Hexa with a 2.2-litre Varicor 400, four-cylinder diesel motor that makes 156 PS of power and 400 Nm of torque coupled to a 6-speed manual or a 6-speed automatic gearbox, in the BS4 era. The brand also sold the Hexa in a lower state of tune that made 150 PS / 320 Nm for a 2.2-litre diesel engine for entry-level variants. The diesel engines are expected to be upgraded to match BS6 emission standards.

The Hexa Safari is expected to be launched by the end of 2021, as of now the brand is concentrating its efforts on the launch of the Tata Safari SUV which was showcased at the Auto Expo 2020 codenamed Gravitas. 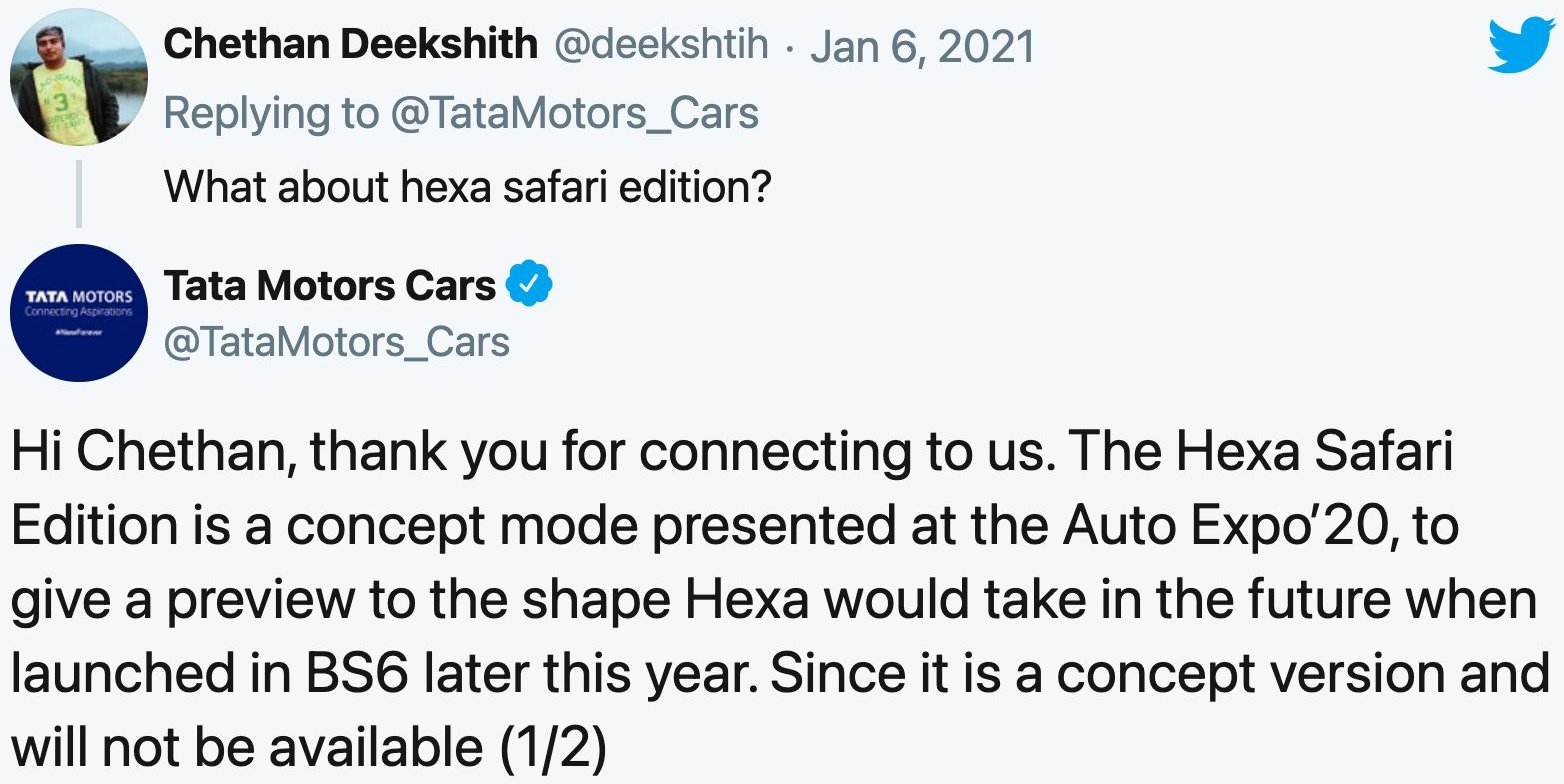 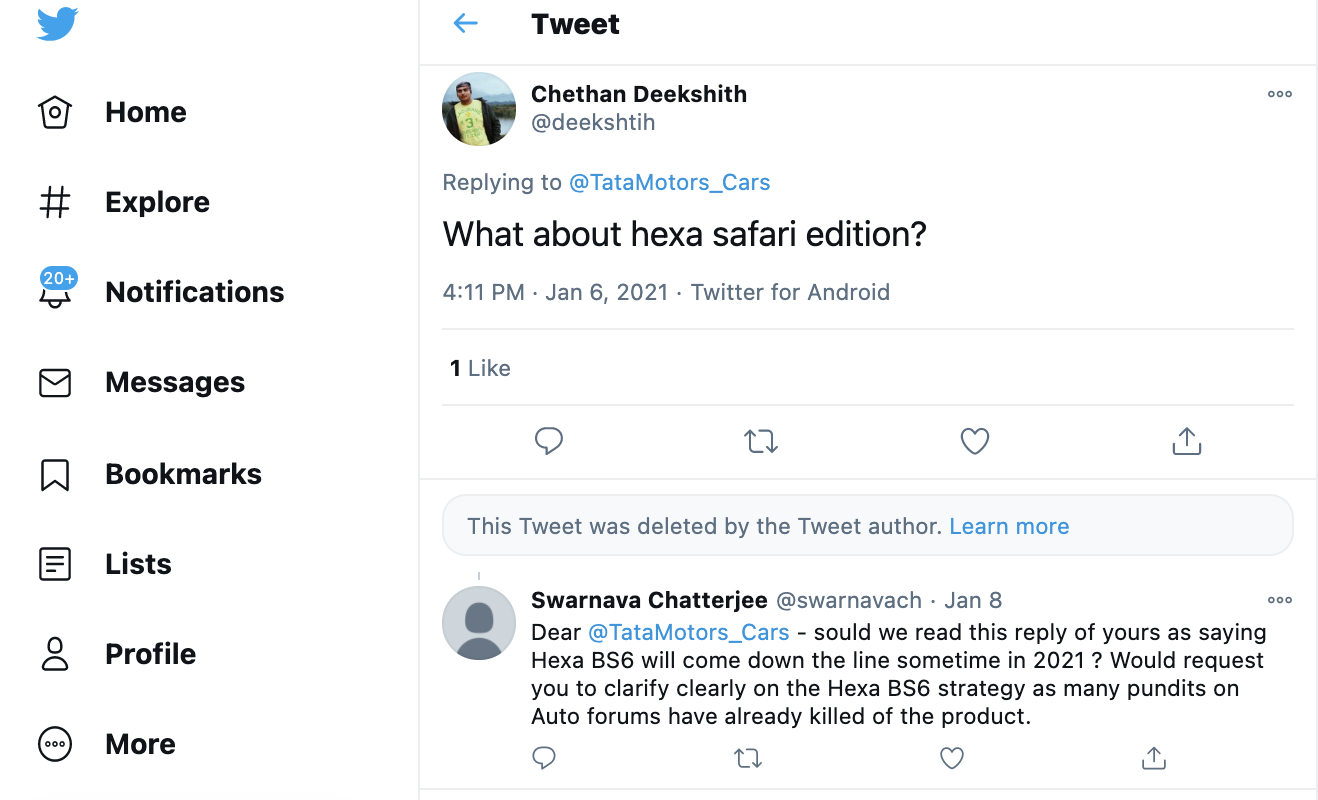 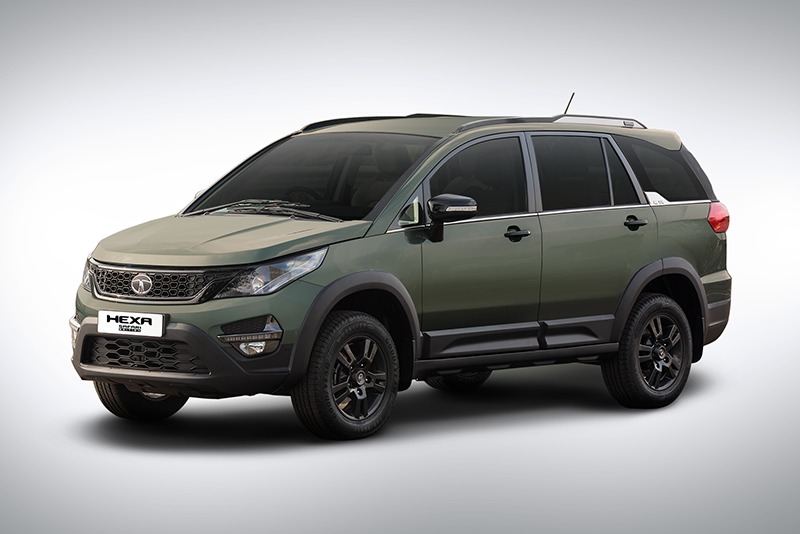