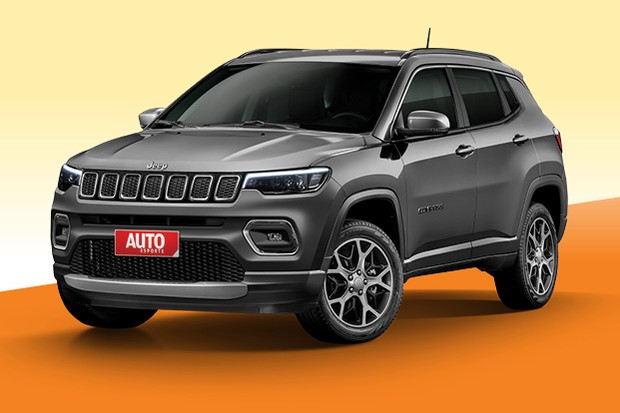 FCA (Fiat Chrysler Automobiles) after virtually pulling out the Fiat brand from India due to the low demand of the Punto and Linea has been concentrating on its American subsidiary, Jeep, in the Indian market. The brand has been reported to be working on a facelift model that is expected to be launched in the second half of the year. A couple of weeks ago a test mule of the Jeep Compass was photographed with heavy camouflage being tested in China.

Now, images of the Jeep Compass facelift have surfaced the internet indicating that the car is likely to be launched in the South American market. The 2021 Jeep Compass facelift not only receives changes to its exteriors but it is also being reported to have a 7-seat layout which had been rumoured to make debut in the Indian market next year.

In terms of its exterior styling, the Jeep Compass facelift is likely to come with refreshed styling on the front fascia with sleeker headlamp units, imposing chrome-accented grille, wider air dam, revised fog light design with revamped inserts and new LED daytime running lights. The side profile remains the same with the similarly styled glasshouse but the SUV in the 7-seat avatar is likely to receive a slightly extended body behind the C-pillar. The car still features squared-off wheel arches, character lines on the shoulder, plastic cladding on the door, roof rails, Y-spoked alloy wheels and a tailgate integrated spoiler. The rear remains unchanged except for subtle changes to its bumper and new inserts on the tail lamps.

One of the images also reveal the SUV’s overall length – 4.41 metres which convert to 4410mm leading us to believe that the SUV is 15mm longer than the current 5-seater model which comes with a 4395mm overall length. The longer length of the SUV makes room to accommodate an extra row of seats making it capable of 7-seats.

Interior details of the Jeep Compass are scarce at the moment and are expected to be revealed soon. But with a 7-seat configuration, the Jeep Compass is likely to boost its sales numbers in the Indian market where the brand has updated the current model to BS6 emission standards launched well before the intended deadline. 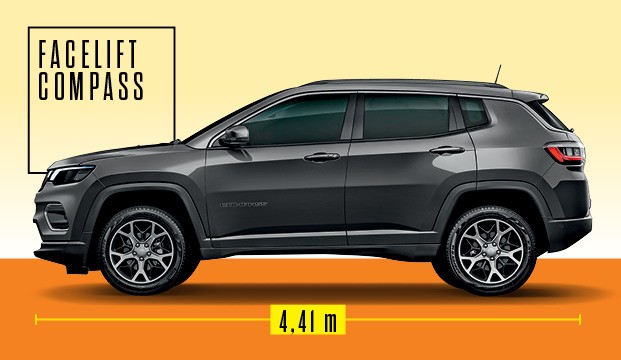 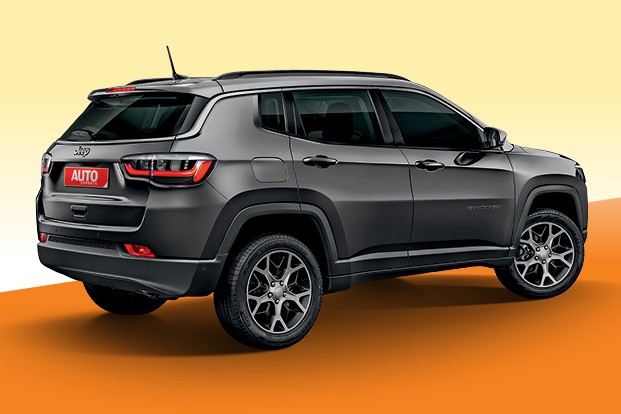