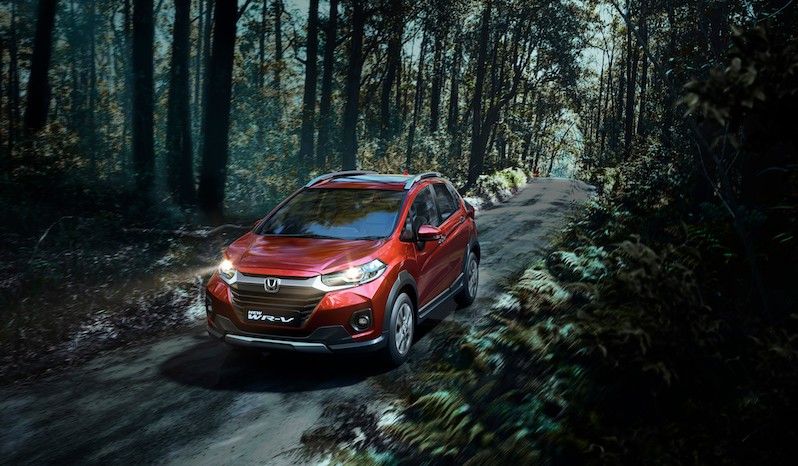 Honda Cars India LTD announced that the brand has commenced pre-launch bookings on the new Honda WR-V at all Honda authorised dealerships across the country for INR 21,000. The Honda WR-V is based on the Honda Jazz platform and is a compact crossover SUV which was first launched in March 2017. The new model is slated for launch later this month and the new WR-V gets revised styling as well as enhanced interiors and BS6 emission compliant Petrol and Diesel powertrains.

On the outside, the new WR-V features a refreshed front grille with horizontal slats, a chrome grille embellishment, LED projector headlamp units with integrated LED daytime running lights and position lamps. The bumper gets multiple layers with a silver skid plate, black claddings on the lower part of the front bumper, LED fog lamps with black inserts and a muscular raised bonnet design. Over to the side, the WR-V gets muscular wheels arches with plastic claddings, a character line on its shoulder, alloy wheels, turn indicator integrated ORVMs, silver roof rails, a sunroof, rock guards on the lower parts of the doors and LED combination tail lamp unit on the rear.

Though information on the interior of the new compact-SUV has not been released just yet, we can safely speculate that the WR-V is likely to come with a centrally mounted large infotainment system with integrated wireless connectivity features, control mounted steering wheel, analogue instrument cluster with a digital Multi-Information Display, push-button start/stop etc.

The BS6 powertrain will be available in both the petrol and diesel guise and is likely to produce more or less the same power as the current BS4 model which is powered by a 1.2-litre petrol engine that produces 90 ps of power and 110 Nm of torque mated to a 5-speed manual gearbox. The 1.5-litre diesel engine in the BS4 avatar makes 99 ps of power and 200 Nm of torque coupled to a 6-speed manual.

The Honda WR-V sits in the heavily contested SUV segment and competes with the likes of the Mahindra XUV300, Tata Nexon, Maruti Suzuki Vitara Brezza and Hyundai Venue.