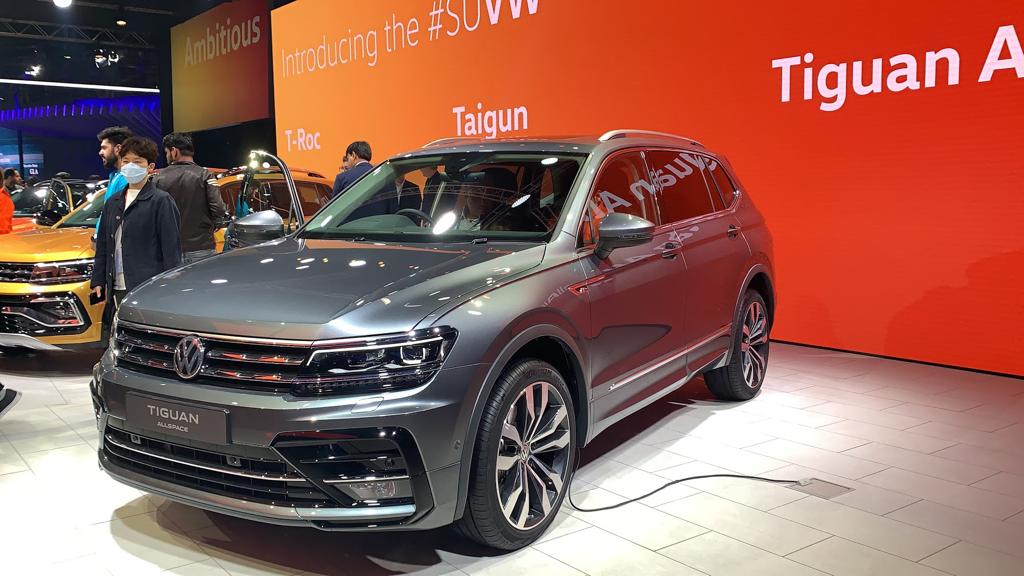 On the interiors, the Volkswagen Tiguan AllSpace features a panoramic sunroof, large centrally mounted touchscreen infotainment system and below that are the rotary controls to the 3-zone automatic climate control system. The instrument cluster on the Volkswagen Tiguan AllSpace is fully digital unit, dubbed ‘Active Info Display’ which is much like the Skoda’s ‘Virtual Cockpit’ and the car gets flat-bottom steering with controls mounted on it.

Powering the Tiguan AllSpace is a 2.0-litre TSI turbocharged petrol engine that makes 190 bhp of power coupled to a 7-speed DSG automatic gearbox with a 4Motion all-wheel-drive system. The Tiguan AllSpace will only be offered in the petrol variant and Skoda plans to discontinue the 2.0-litre TDI diesel engine which produces 143 bhp of power from the outgoing Tiguan after the BS6 emission norms are implemented.

The Tiguan Allspace is also 215mm longer than the standard Tiguan and has an additional 110mm of wheelbase which distinguishes it from the standard Tiguan and also allows space for an extra row of seats. With all its seats in place, the Tiguan AllSpace gets 235-litres of boot space which can be expanded to 760-litres and with its second-row seat down the capacity can be enhanced to 1,920-litres.

The Volkswagen Tiguan AllSpace will be brought to India via the CBU (Completely Built-up Unit) route and its launch is expected to be around mid-2020. 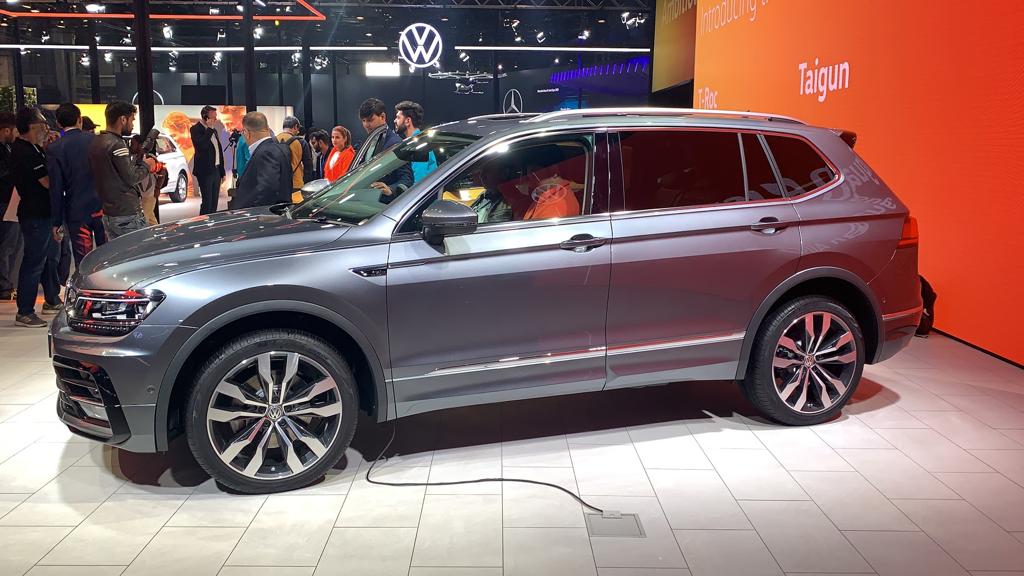 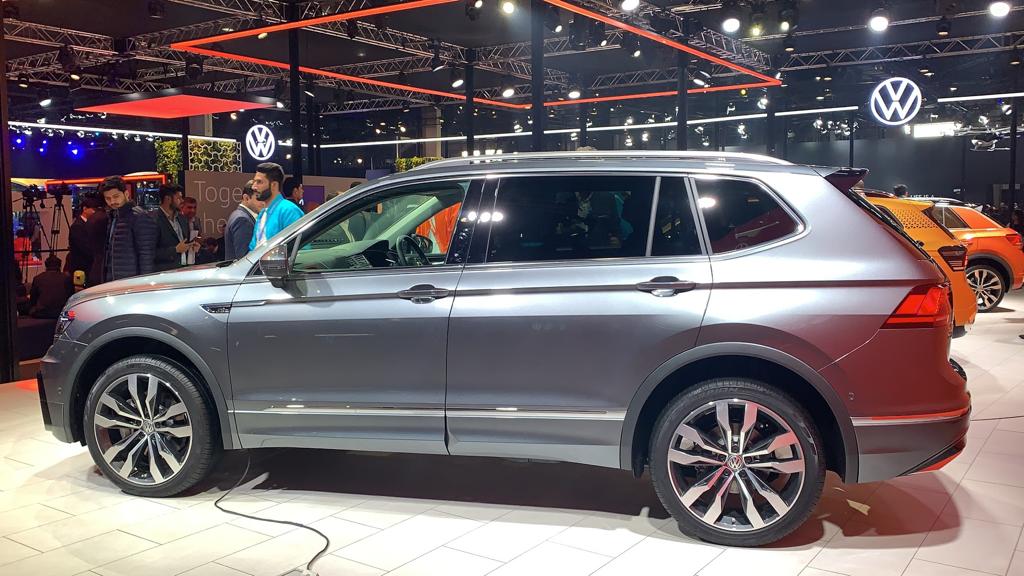 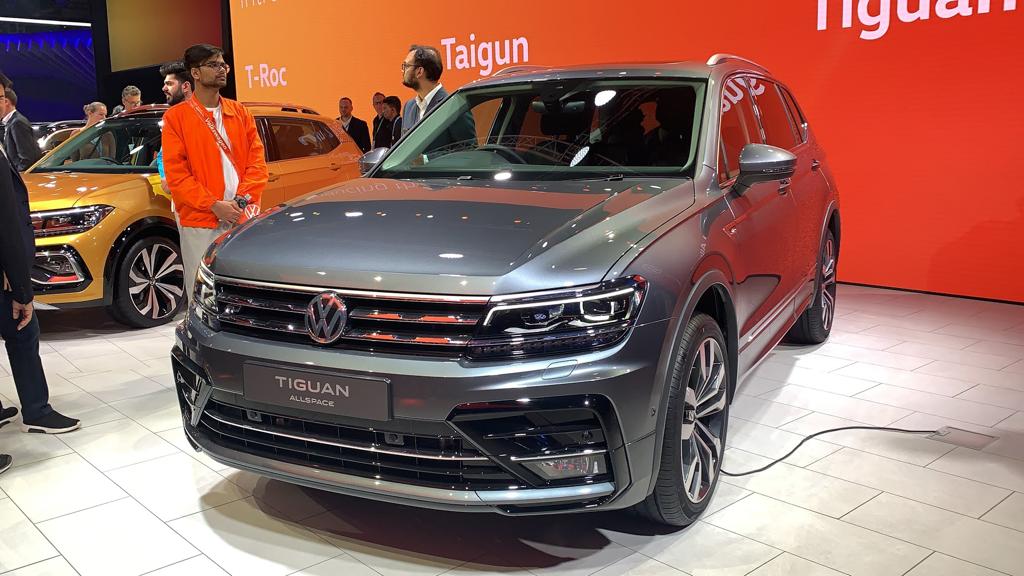 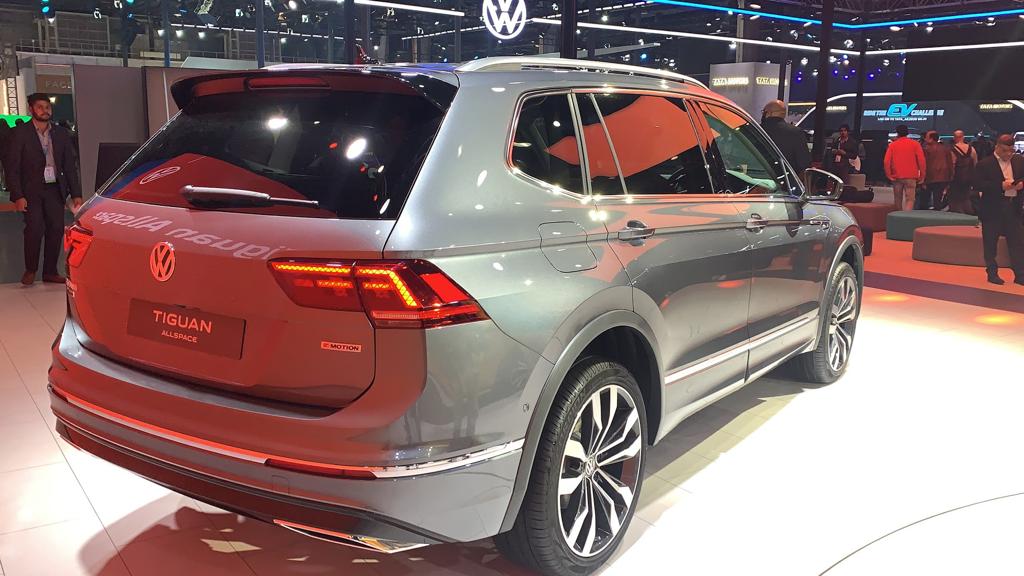