The BMW X3 M has been spied testing on the streets of Mumbai which is likely to be launched later this year in India. It is important to note that the car may have been spied before the nation-wide lockdown was imposed due to the COVID-19 outbreak. The X3 M is a sportier more powerful version of the standard X3 SUV sold in India.

The changes are not limited to the exteriors but the X3 M also gets its own unique interior features that differentiate the car from the regular model. The key differentiator is the M Performance steering wheel with M button, a sportier gear select lever, ‘M’ badging inside the cabin, dark cabin theme and M specific live cockpit.

BMW also offers the X3 M Competition in the international market but as of now, the brand is likely to only introduce the X3 M version in India. 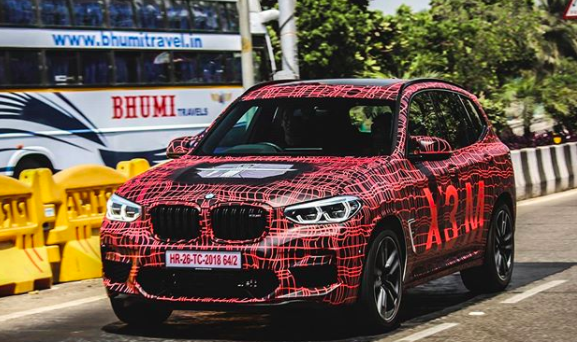