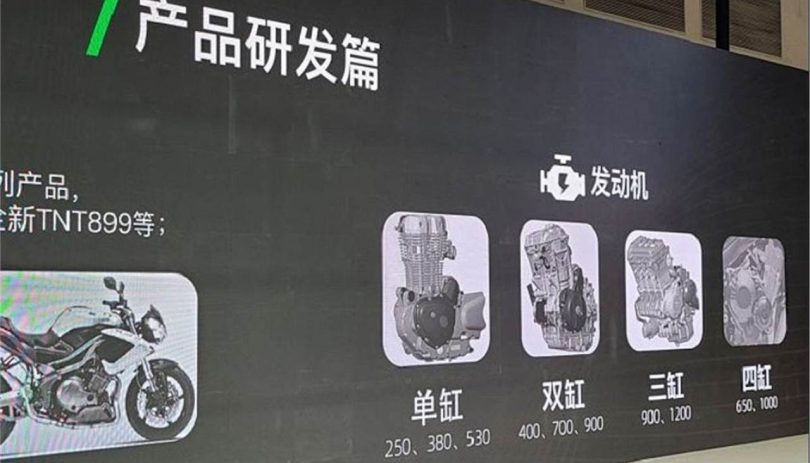 Benelli’s parent company QJ Motor recently announced its strategic partnership with Italian brand MV Agusta, under which the brand plans to distribute Premium Italian motorcycles in the Chinese market. It was also revealed that at a later stage in the collaboration both brands are also likely to engage in developments on the industrial front.

Now, images of a presentation have emerged on the internet, which reveal that Qianjiang’s subsidiary Benelli could be planning to evolve its engine line-up and according to the images from the presentation, the brand could develop 10 new engine across multiple layouts. The 10 engines are likely to be divided into four engine families – a single-cylinder, twin-cylinder, three-cylinder and four-cylinder.

Looking at the presentation, it appears that the brand is planning to develop a new single-cylinder air-cooled unit with the engine displacement of 250cc, 380cc and 530cc capacity. Earlier it was revealed that the Imperiale 530 is under development and this could be the engine powering it.

The twin-cylinder engine line-up consists of a liquid-cooled two-cylinder engine in the in-line or parallel format that is likely to come with a displacement of 400cc, 700cc and 900cc capacity. Currently, the Benelli brand offers 300cc, 500cc and 750cc motors across its parallel-twin-cylinder range.

The most interesting configuration is the water-cooled triple engine line-up. The brand is likely to revive the in-line three-cylinder engine units as well. The three-cylinder motors are likely to come in two iterations a 900cc and a 1200cc displacement. The triple’s powered the Benelli Tre and the TNT 899i which were laid to rest when the brand partnered with Qianjiang, but now the TNT 899 is likely to make a comeback.

The four-cylinder configuration will also be a water-cooled unit with 650cc and 1000cc of displacement and 650cc unit is likely to replace the 600cc four-cylinder engine in the near future. No other detail on the four-cylinder line-up is available as of now. But the four-pot 650 motor could have been upscaled to compensate for the power loss in its Euro5 compliance.

In the Indian market, Benelli only has the Imperiale 400 which has been transitioned into BS6 compliance. The brand is expected to upgrade its Indian portfolio with BS6 compliance motorcycles soon. As of now, no timeline on the development of the above-mentioned engine is available, but more information on the same is expected in the near future. 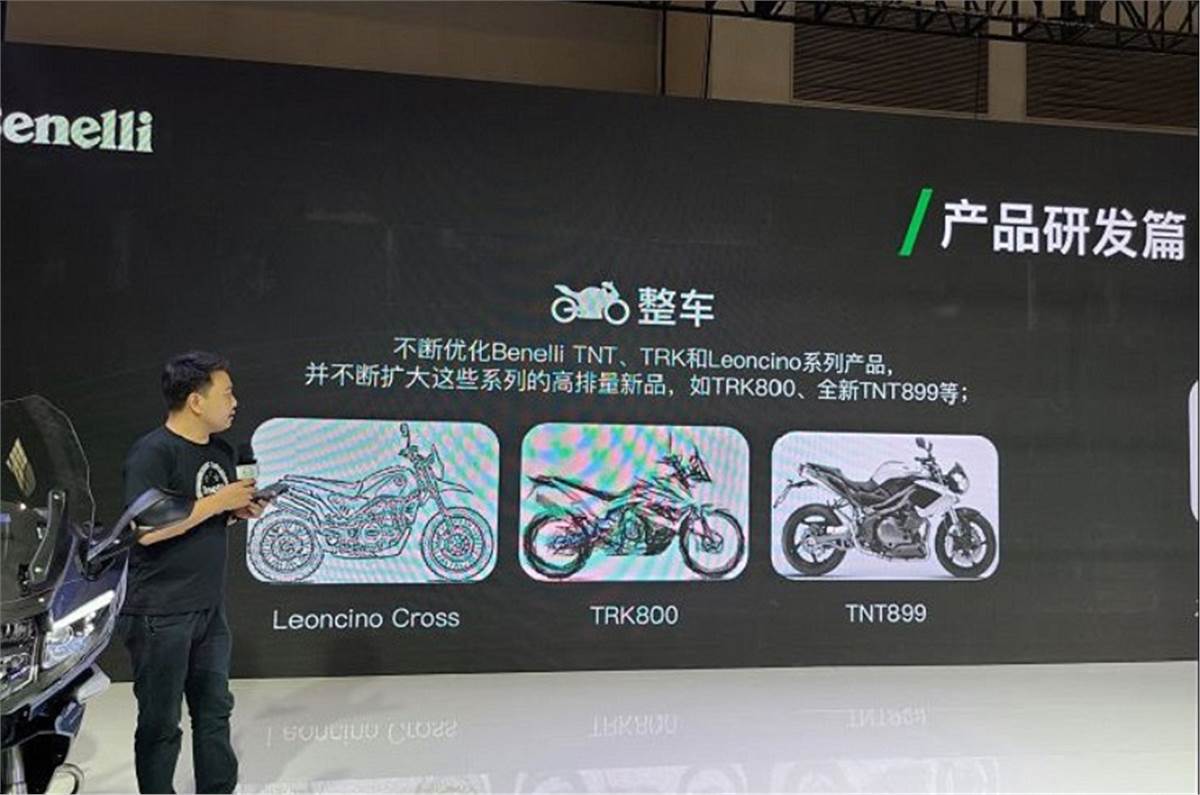