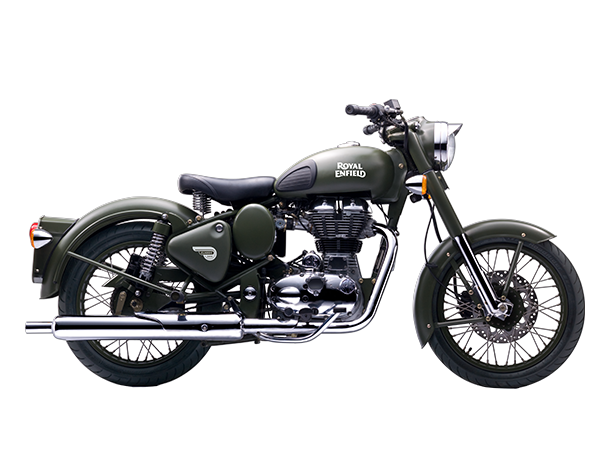 Royal Enfield is one of the oldest motorcycle manufacturers and probably one of the most prestigious brands too. Obsession of people around the globe for this motorcycle brand is not hidden from anyone and on the Indian shores, the cult of Royal Enfield is beyond imagination. From large groups at different areas of country to Royal Enfield’s Rider Mania festival, the brand simply outsells anything that tries to hover around it. But one thing that Indian Enfield’s had been missing since the day it hit the Indian roads, is the absence of Military Color (which is readily available in overseas markets). People often complain about this, so here we tell you why it is not available…

WHAT SHADE TO CHOOSE?

Actually, many state RTO’s have mended a strict law against the selection of military color or similar defense motor vehicle color on non-military automobiles.  Although convincing RTO’s sometimes can lead you to owing one of such painted vehicles, but not exactly the same, but just nearly the same. Also many states allow green colored vehicles. Olive Green colors is specifically not allowed for non-military vehicles, but there are other shades of green that most of the RTO’s allow to use as paint scheme.

WHAT DOES THE LAW SAY?

As mentioned in the State Motor Vehicle Act of all states, it has been clearly mentioned that no other vehicle can use the color used on defense motor vehicles such as the olive green color for Army and Navy Blue color for Indian Navy. Every state of India uses the same rules for such paintwork.

IF YOU RE-PAINT YOUR VEHICLE?

Well, if your trying repaint your vehicle, it is definitely going to cost you on legal terms. It’s completely illegal and you can be charged under criminal law of the state acts. Any other color beside the original color of your vehicle mentioned in RC, would be considered as a stolen vehicle and you might end up behind the bars for your creativity. Also, you cannot get this colour endorsed on your RC.

So, buying and owing a Royal Enfield might be your dream but if you are willing to enjoy the riding pleasure of a military colored Enfield, you will have to join the Indian Army for that!